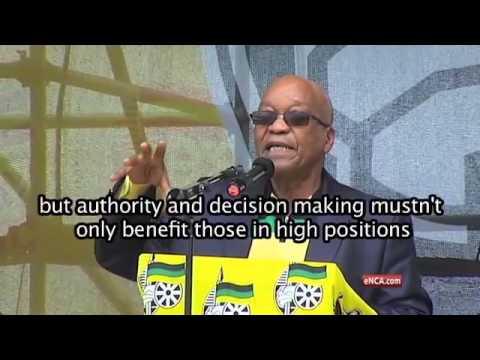 The Democratic Alliance (DA) calls on the Public Protector, Advocate Thuli Madonsela, to launch an investigation into the alleged abuse of executive power by President Zuma, relating to the manner in which at least one ANC member was offered a cabinet position in exchange for committing to make Gupta-friendly executive decisions.

This follows revelations earlier this week by the former chair of Parliament’s Portfolio Committee on Public Enterprises, Vytjie Mentor, who revealed that she was offered the job of Minister of Public Enterprises by the Guptas on one condition: she “drops the SAA flight-route to India and give to them”. Mentor further alleges that President Zuma was on the Guptas Saxonwold premises at the time, in a room next door.

This voluntary disclosure by Mentor is part of an ever-growing list of ANC members who have publically admitted that they have been approached by the Guptas, including Deputy Finance Minister, Mcebisi Jonas, Public Service and Administration Minister, Ngoako Ramathlodi and former Public Enterprises Minister, Barbara Hogan.

These revelations directly implicate President Zuma, and after laying criminal charges against Atul and Ajay Gupta yesterday, it is our view that the Public Protector is most appropriately suited to deal with the matter at hand in relation to President Zuma.

The DA contends that the Public Protector should investigate whether President Zuma violated Paragraph 2(b) of the Executive Ethics Act by:

(iii) Exposing himself to any situation involving the risk of a conflict between his official responsibilities and his private interests;

(iv) Using his position or any information entrusted to him, to enrich himself or improperly benefit any other person; and

In addition to this, I will be asking parliamentary questions to all cabinet ministers, to ascertain whether they or their the Deputy Minister(s) have ever met with any member of the Gupta family or attended any meetings at the Saxonwold Estate in Johannesburg since taking office; and if they have, what the details of each meeting was.

I have also already moved a substantive motion in the National Assembly (NA) requesting that the House establish an Ad Hoc Committee to investigate the close ties between the Gupta family and President Zuma, including their alleged involvement in the capture of State resources and their undue influence over the Executive. I will move to have this motion debated in Parliament’s sitting on 17 May 2016, and for the National Assembly to vote on this matter in that very sitting.

South Africa cannot afford to have the Gupta family using the South African government to further their own business interests. It cannot be that President Zuma’s close ties to one family are overlooked when these ties result in undue influence over government business. 8.2 million jobless South Africans deserve better. 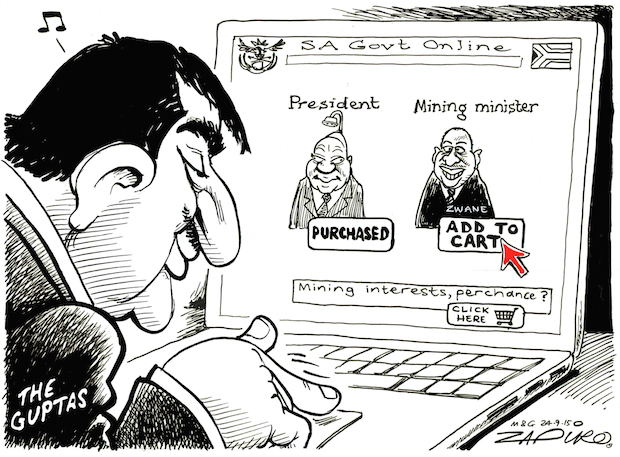