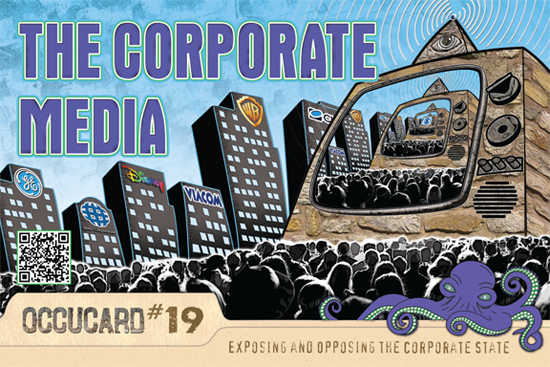 Sometimes I wish I knew nothing, was clueless, and didn’t have the curiosity or learning ways of finding the information. Finding the sources and looking out for the ones that really said it and not hearsay.

In this world of constant dropping of instant news that are composed in a tabloid fashion suited to the political belief of either the sponsors, owners and the ones that get clicks. The reality and the true sources don’t matters. The Stories getting copied and bought; they don’t get written the newsagents drop them like a grocery-bag and it flees the hurdles before the shade of dark comes in.

The popularity and the spreading on social media makes the marginal papers, the marginal sources silenced as the big-media houses and conglomerates control the discussion and conversations. The minor ones might have a smidge of control and ones in while find a story or picture, even glimpse of reality that the world needed to know. But the houses are silent if there isn’t a buck in it or the righteous owner doesn’t approve it.

It has to be cleared and corrected made in a way that the population can accept it and the ad-revenue can come, either on TV, Online or in the Press. The grandest of them shows loyalty to the ruling regimes and dances with the Multi-National Companies without questions. Therefore the stories are fitted so the Colgate can be sold while the ruling regime can be smug on the front pages; there might not strict rules for censorship! Still the censorship can be made by company just to sell and the integrity doesn’t matter. The digging and questioning cannot happen as long as the journalist has to think about the owners and their wealth; not about generally praising the governments and the giant companies who subsidize their rule.

The Advertisements and Owners control it, instead of the thought of giving the public the intelligence or the follow-up of stories; unless the leaks nearly have to be addressed. I am so tired of these notices and little margins of stories. The PanamaPapers and others are truly remarkable events that made certain papers look into the conspiracies and into the darker sides of the world. Where even the trails of papers found world-leaders, NGOs and Companies that wouldn’t’ like to be associated with fraud, Tax Evasions and other economic forgery. Still, the Apple Company and Amazon don’t care if they rig their LLC in ways in Europe to systematically not pay what they have due on their profits.

Still, the little smidge of barren, the little smidge of proper work or shown as the microwaved cases and the questions for a quick “BREAKING NEWS” as the Senator or MP calls the Network to come to the steps of Court or Parliament to discuss the plenary session on the “Bushwick” Tax; that are for the regulation of growth amongst the bushes. The Bushes that are a problem in the nation; this happens while the media doesn’t question the tenders, the payments and deals made for Oil Drilling and why the Petroleum Commission doesn’t show any signs of transparency towards the companies getting the contracts, the tax they pay on the dollar and the Crude Oil rate for developing the Pipeline. Still, it’s easier just to get a grand quote from the Senator or MP than asking the hard questions towards the Central Government.

The tricks and notion that the Government and Multi-Nationals doesn’t have anything is a lie. They just don’t want us to know as their knowledge and their mechanisms wouldn’t be controlling if we knew. The certain estimate if the Norwegian people for instance the grades that the food-producing companies paid the three great conglomerates (NorgesGruppen, Reitan Gruppen and COOP) for space on the aisles or placements fees directly to the Supermarket Company. Well, this will be kept secret and the agreements are happening in the shadow as the laws and regulations are not steep towards the conglomerates as they are supporting the campaigns of politicians and they doesn’t want to lose their Party funds. They might not say it, but why hasn’t anybody had the clue of curving the power of these companies and their near monopoly on food in the nation?

Well, the media doesn’t care and doesn’t question the powers enough. There certainly exemptions that some tries and somebody does ask questions. But they are wild roses and not common flowers in the gardens as they should be.

Where is these reports and these seldom good ones get lost in the trail of the tabloid and hearsay stories as the click-bait are more commonly shared. The dumbing down and the simplistic words portrayed for the masses. We have to get the media to be more responsible to the viewership, to ask the questions as the dumbing down are happening. As he the journalistic integrity is dying and the media-houses are making easier pieces. Lastly we have to pay for men and woman to dig deep it takes time and doesn’t come for free. The hardcover reports doesn’t come over night, it takes work and persistence. The persistence to find and correct the powers and follow the money takes time. It is a reason if you follow the trail of money, you will find the heart of them. That is because we spend money where our heart is or where our heart desire. The ones that claim otherwise think about how you spend your own monies and cater to your needs. There you have it right?

Just think about it and the words I am writing. It is just a wild approach into darkness. Because their beacons of hope, but very few. I am just a man who writes what I like and discuss what I see fit and digs into the stories I see needed be or find questionable. If not like with Dr. Kizza Besigye and his campaign where I am a hopeful man who wishes for regime change, and for governments that are accountable and transparent. Therefore I support the man and his cause. The same I does with Pastor Evan Mawarire and others who deserves be credited for their cause of freedom, liberation and justice for their citizens. The Citizens that needs and deserves government that represents their will and their institutions to deliver needed services to the people.

We need them to ask questions; we need them to dig deep and not just what the government want to publicise to make them look good. We need the dirty laundry out… and without a doubt without fear and without being censored for the will of profit, but for the will of common good. I know it is a lot to ask in corporate multi-national media-houses and the governments who do what they can to be embedded with them. This says what state we’re in and what we can do about it. Therefore I poke, to question. Not because I have answers, because I don’t; but because I have the will to question and seek for answers. Peace.