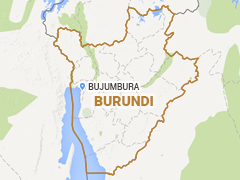 “After the speech of Burundian Prime Minister PM who threatens to punish unemployed people who go to the city center of the Town Hall of Bujumbura , the police have been carrying out arbitrary arrests since this morning. Victims are taken to the Intwari Stadium construction site for forced labor without pay. A responsible power, however, has the obligation to provide paid work to citizens who need it, instead of treating them as slaves” (FORSC Burundi, 30.01.2023).

The true form of a dictatorship is obvious. The CNDD-FDD is just showing its face. Not only is it well-known for its brutal tactics and means to an end. As the opposition or activists have been silenced. That is well known by now and that’s why the regime is “strong”. However, their means to an end is becoming more striking.

Now, there are reports that the “idle” or the “unemployed” are rounded up in Bujumbura to work without pay on construction sites. They are picked up by the Police and arbitrary arrested without any form of justification. Where they are taken into custody for the sole purpose of working. This work is being done without a salary, contract or any sort of pay. This is initiating slave labour and organizing slavery in the streets of Bujumbura.

President Ndayishimiye should decree or stop this practice. Nevertheless, I wouldn’t count on it. This is now showing how vicious the Prime Minister Ndirakobuca is and what his willing to do.

We know that this practice will not cause any big stir or headlines, even though there should be no reason not too. Because, who in their right mind does this and think this is legit? This is tyranny at its purest and finest. As the value of the citizenry is only their breath. Since, they can easily be accessed and used by the powers to be. Suddenly, the citizens can become their slaves and workforce without any contract or stipulations to get benefits for their work. Meaning they are powerless and could easily become slaves of the society. The peasants are the slaves of the CNDD-FDD system now. Especially, if the CNDD-FDD continues with it or makes it happening across the Republic. Peace. 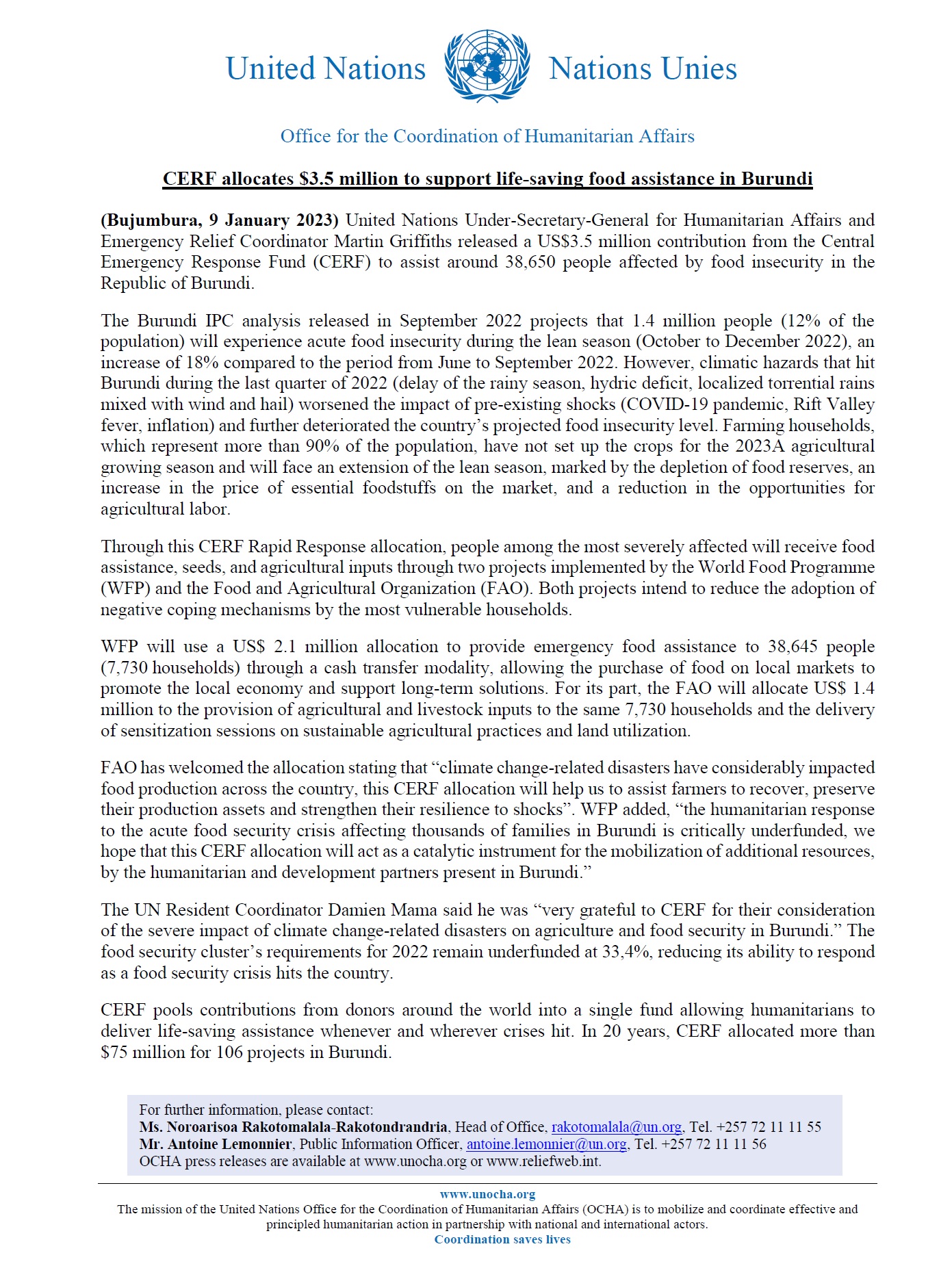 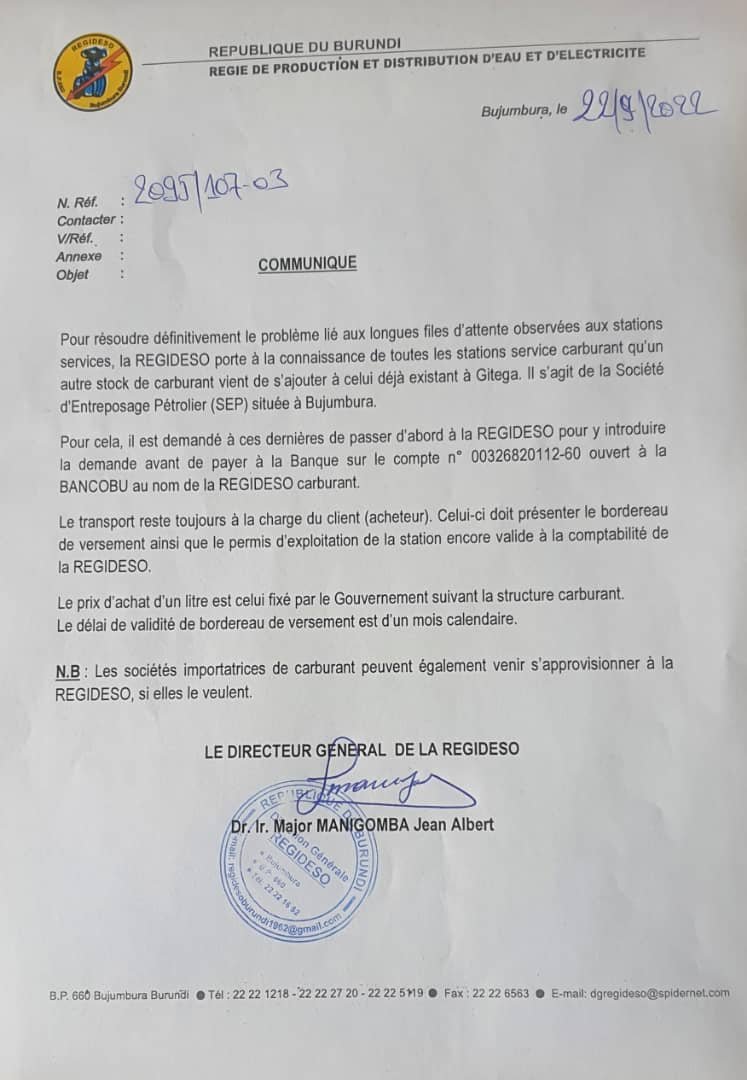 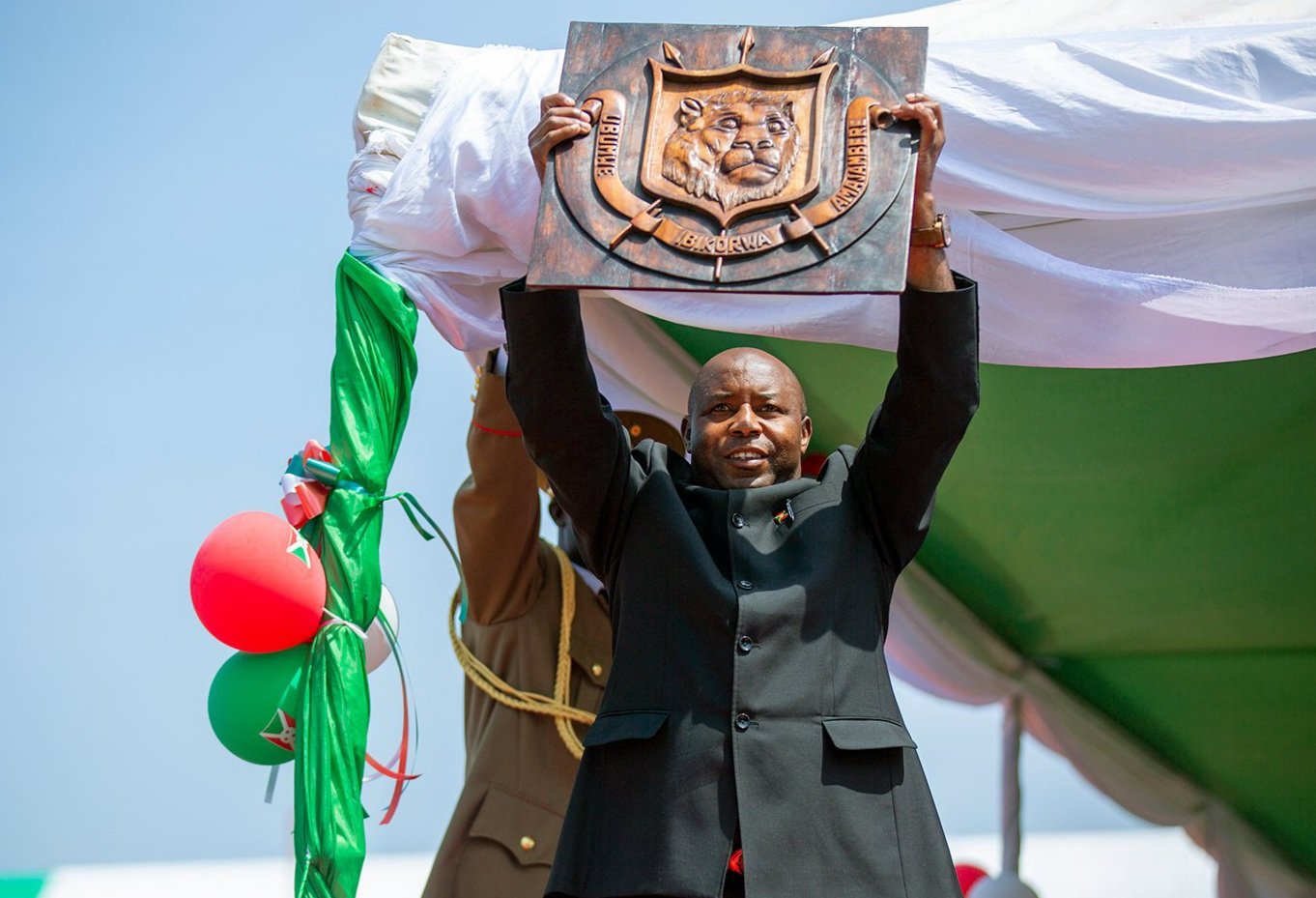 “News just in Burundi parliament has voted Gervais Ndikobuca as prime minister to replace Allain Guillaume Bunyoni who is said to be powerful. President Evariste Ndayishimiye has recently complained about sabotage in the government amid coup plots rumours. Critics have questioned. The process to elect the new premier as the former prime minister did not resign” (Jean Afadhali, 07.09.2022).

“The Burundian office of prime minister was abolished in 1998, and reinstated in 2020 when Ndayishimiye assumed office and appointment of Bunyoni. Meanwhile, Bunyoni’s dismissal follows days of political tension in the country. Recently, Ndayishimiye expressed frustration and warned government officials against any move of carrying out a coup d’état. “Do you think an army general can be threatened by someone saying they would stage a coup d’état? Who is that? Whoever it is should come and in the name of God I will defeat them,” Ndayishimiye said while addressing government officials last Friday, September 2” (Alice Kagina – ‘Burundian Prime Minister Bunyoni sacked, replaced’ 07.09.2022, The New Times).

Today, it’s revealed that the Burundian President Evariste Ndayishimiye has possibly enemies from within. That wouldn’t be shocking, as the CNDD-FDD are a militant and ruthless party, which clears shop and shows no mercy. This is why the enemies of the party is either behind bars, kidnapped, extra judicially killed or in exile. There is few to none who has chance to stand up to the CNDD-FDD in Burundi and live…

President Ndayishimiye knows this and the total power of the Presidency has it’s consequences. Taking over from Pierre Nkurunziza has given him vast of wiggle-room and options. One of them was appointing a Prime Minister, which he did and now he has changed his mind. Ndayishimiye has only been the President since 18th June 2020. This after Nkurunziza died of COVID-19 in Nairobi, after being dismissal and reluctant to do anything about the global pandemic, which hit home.

So now over two years since the predecessor. Only two years since the President reinstated the Office of the Prime Minister. He has now gotten the first one to be sacked and appointed another one. Not like it gets a more friendly figure in the role.

This change of the PM will not make things better. The President has made an excuse if there was a “coup attempt” or not. Maybe he was afraid of the influence of the former PM and wanted a less significant man in the role. However, the newest one will certainly use force and be a ruthless man. He fits the program like the predecessor.

The CNDD-FDD government isn’t changing anytime soon. The newest PM will not make a difference. He will continue the same sort of violence and oppression. The ones thinking otherwise is naive. Peace.