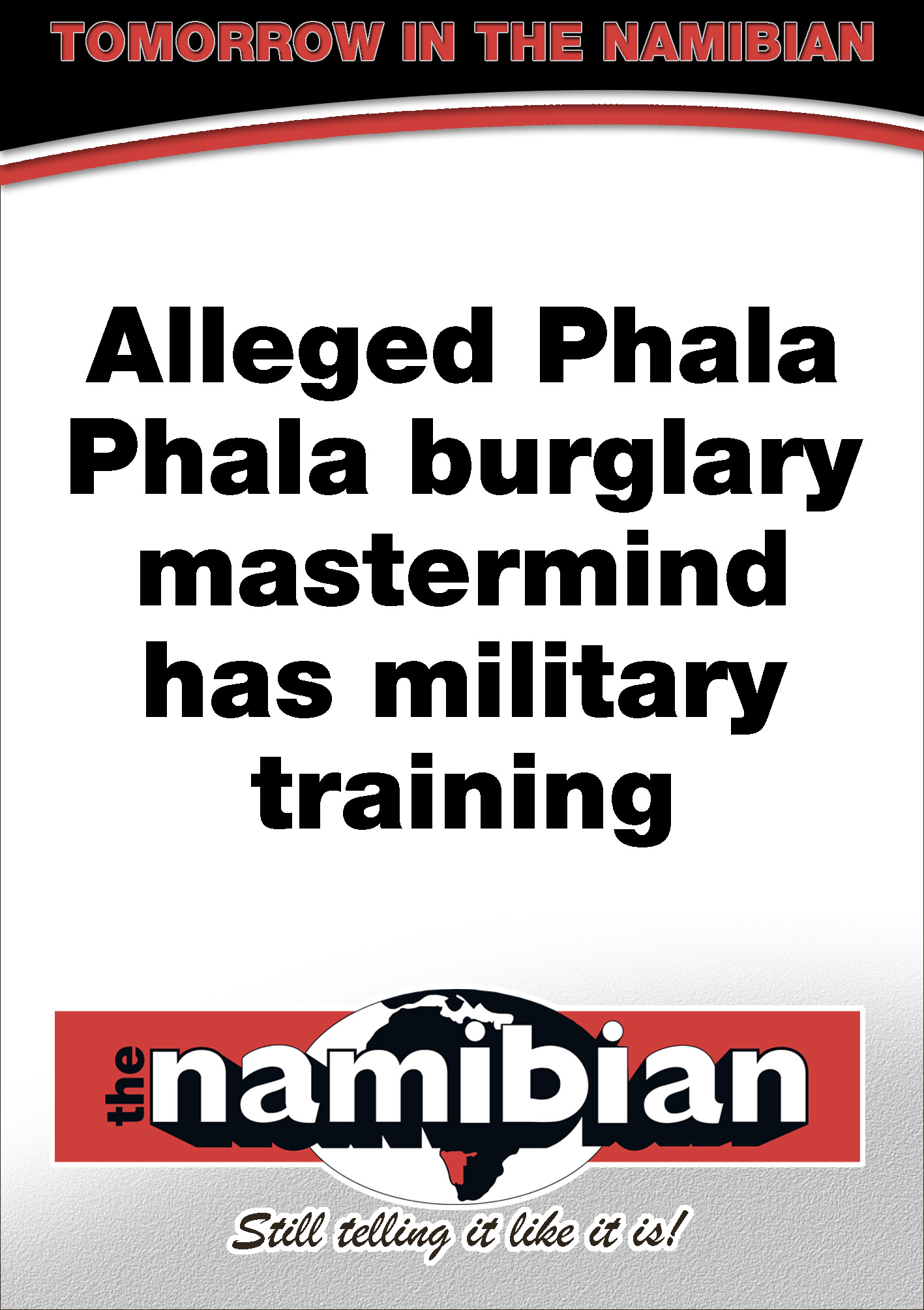 “The Ministry of Justice says it is in possession of a receipt from the courier company, DHL, which confirms that a request for assistance in the investigation of the Phala Phala robbery was sent to their counterparts in South Africa. This was said by the ministry’s spokesperson, Simon Idipo, on Wednesday” (The Namibian, 24.06.2022).

The President of South Africa, Cyril Ramaphosa is under public scrutiny over the alleged criminal conspiracy at this Phala Phala Farm, which is implicating huge sums of money and fraud. That is coming home to roost. Yes, in South Africa Ramaphosa can sway the authorities or block any sort of investigation.

The Namibian authorities is looking into it. As the leaks and the possible breaches of law there is putting things into question. We know that the evidence and stories of Arthur Fraser will put gasoline on the fire. That in combination of the stories from Namibia.

What is striking is that the drips of knowledge from Namibia is destroying any sort of silencing the critics or the investigation in South Africa. Where the President has suspended the Public Protector over it and where the Parliament is pending a start of inquiry into it. Therefore, things are moving along. Slowly, but the President isn’t looking in any sort of bright light.

The President can hope that the limelight comes on his predecessor Zuma and his business-dealings with the Gupta’s. However, the current and day-to-day operations cannot go as normal. When the Hawks and others should look into Ramaphosa. He shouldn’t get away with this… just because his the President and in the manner of which he stopped the CR17 Report.

That’s why you know this man wants to stop the investigation in Namibia. It is hurting him and proving more of the credible criminal conspiracy and a way of laundering money from South Africa. You don’t move money like this and make it seems like a criminal conspiracy, but there is nothing happening in South Africa. Until, a former intelligence officer drops knowledge and tells what went down.

This dance Ramaphosa cannot get away from. Sooner or later the “head-shot” or the “final-straw” is published. The scandal of kidnapping, money laundering and such will not be left behind that easily. No, this will be challenged like the days the opposition went after the Gupta’s scandals of Eskom and everywhere else they were eating of the government plate. Therefore, the same can easily happen here.

This time around the people should seek answers and not let it go. They let bygones be bygones over the secret campaign funds. Now they need to know why everything happened and how it went down. As we know the President is involved in the trading and operations of the Phala Phala farm. That is well-known now as he was part of the sale of Ankole Cattle. Therefore, we know his earning and following it up.

That’s why we know he knew what went down and the reasons for the transfer of money. Which is now investigated on both sides of the border. Namibian authorities will not be taken hostage or blocked directly by Ramaphosa. That will only happen if they relent or the neighbours are able to silence it there. Because, this is becoming ugly and who knows.

We just have to wait for more intelligence and certainly it is much harder to hide. When you have played outside your own dominion. Now, he has to answer for the acts, which is involving the Namibian authorities. That cannot be easy… as well… as the open questions unanswered to the Public Protector. Peace. 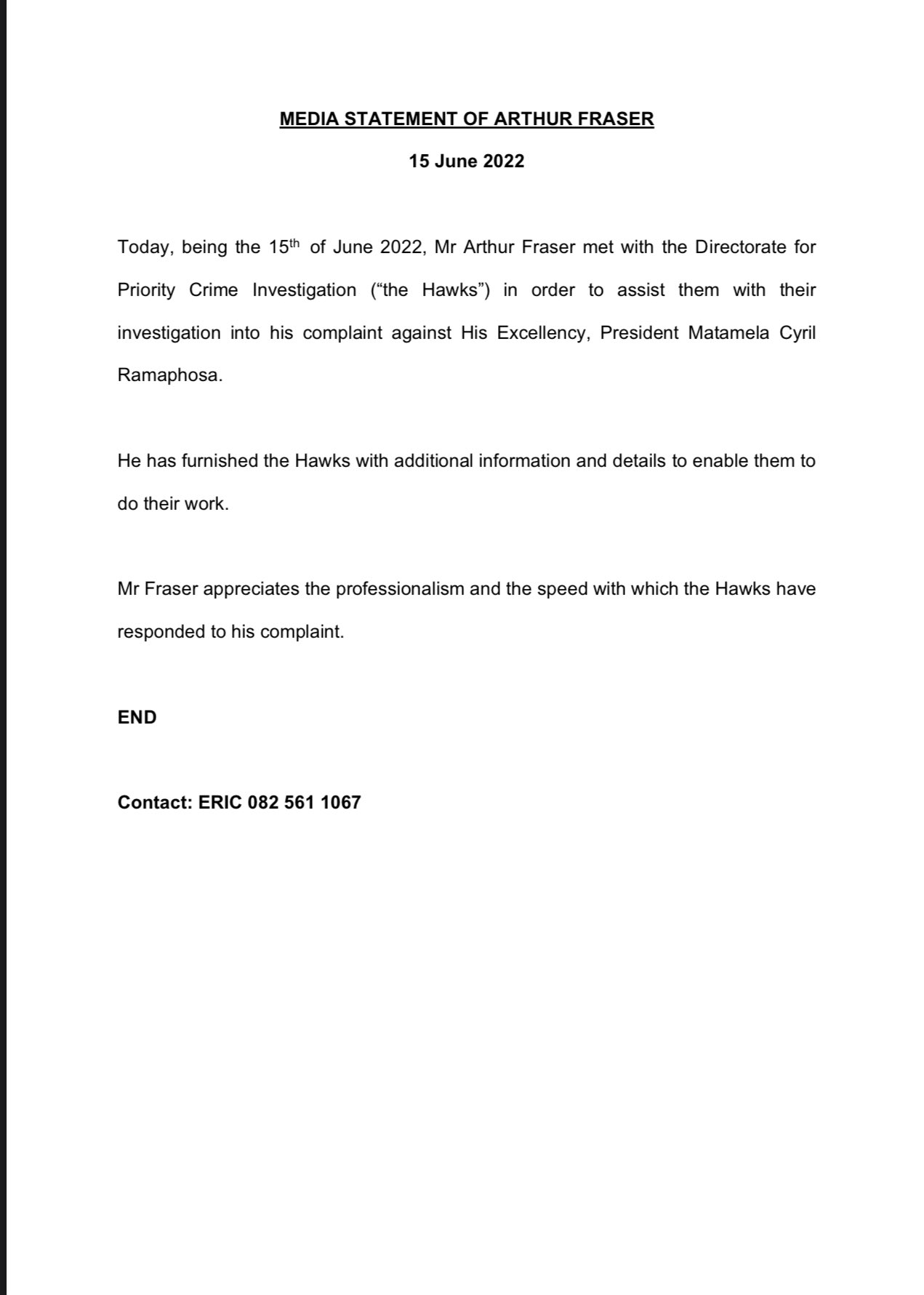 In Pretoria and within South Africa there is certainly a walking dead President. This being President Cyril Ramaphosa. He took over from Jacob Zuma has he had to fall when the State Capture Case got to hot and he gotten get away from web-of-scandals he created in the years in office. Now, the current African Nation Congress (ANC) and President Ramaphosa is getting the same treatment.

The FarmGate or PhalaPhalaGate is the possible end of the Presidency. The pressure on Ramaphosa will get massive. Especially, when the Namibian authorities investigates the “stolen” money and whatnot. As well, as the revelation on how it implicates high ranking officials across the board. That’s just another State Capture but done by Ramaphosa instead of Zuma. The same greed and beast is now haunting him.

It doesn’t help Ramaphosa that the Namibian news are leaking and revealing things. Just as former spy Arthur Fraser has handed over voice recordings, videos, photos and emails to the Hawks proving Ramaphosa’s involvement in corruption, fraud and kidnapping. That’s all happening now and he has nowhere to hide.

That the Parliament is following up on the petition from African Transformation Movement (ATM), which means that there will be established a committee to enquire and investigate if President Ramaphosa violated the constitution. The President has already to address the suspension of the Public Protector, as the PP started to investigate the President.

So, as Ramaphosa was able to dodge the ramifications of the questionable allegations of the CR17 Report. He will not have much wiggle room here now. As everyone is gunning for him. It isn’t only the opposition of United Democratic Movement (UDM), Economic Freedom Fighters (EFF) or the Democratic Alliance (DA).

Now, that the authorities are getting the information and evidence, as well as cooperative actors who followed the case. Certainly, it is much harder to silence or stop the tracks of the investigation. Ramaphosa was able to silence and stop CR17 Report. However, this scandal and the ramifications of this one… will linger on and it’s already haunting him.

Because, this isn’t just a small inner-circle with questionable campaign funds. No, this is much bigger. He thought he could get away, but this time… he cannot silence every voice and be able to block it. Especially, because of how he suspended the Public Protector. That is just the nail in the coffin.

The move of doing that… just shows that Ramaphosa is hiding something. Now, there will not only be the drip-drop of information to the press. There will be investigations within the Hawks and also others who are involved in it. The Namibian Police is doing their part as well. So, there is no space or ability to leave anything untouched.

In combination, that the President has been directly involved in the day-to-day business of the farm. That’s why his behind the sale of Ankole Cows and the profits of that selling the cattle. This is a proof of how his “businesses” is not run by a blind trust and the Head of State has a say in it.

Now, the money, the fraud, the corruption and even the kidnapping is putting the President in a bad light. Which implicated in several counts of crimes. In such a fashion, which we haven’t seen since the State Capture. Instead of learning from that. The current President is caught in the same web and the power corrupts. The ability and offers are to sweet and he couldn’t avoid the “cheap” money. However, now… it is coming to hunt him.

The beast of greed is a vicious one. It can take down anyone and now his in the firing line. I’m not sorry for him. Before the Presidency he saw what happened to the corrupt people in the Mbeki administration, the Zuma years and now his dwindling, because of his own actions.

Ramaphosa isn’t a victim, but a man who has to answer for himself. That’s the truth here and this story will continue to evolve, as the time goes on and the public knows more about what happened. Peace. 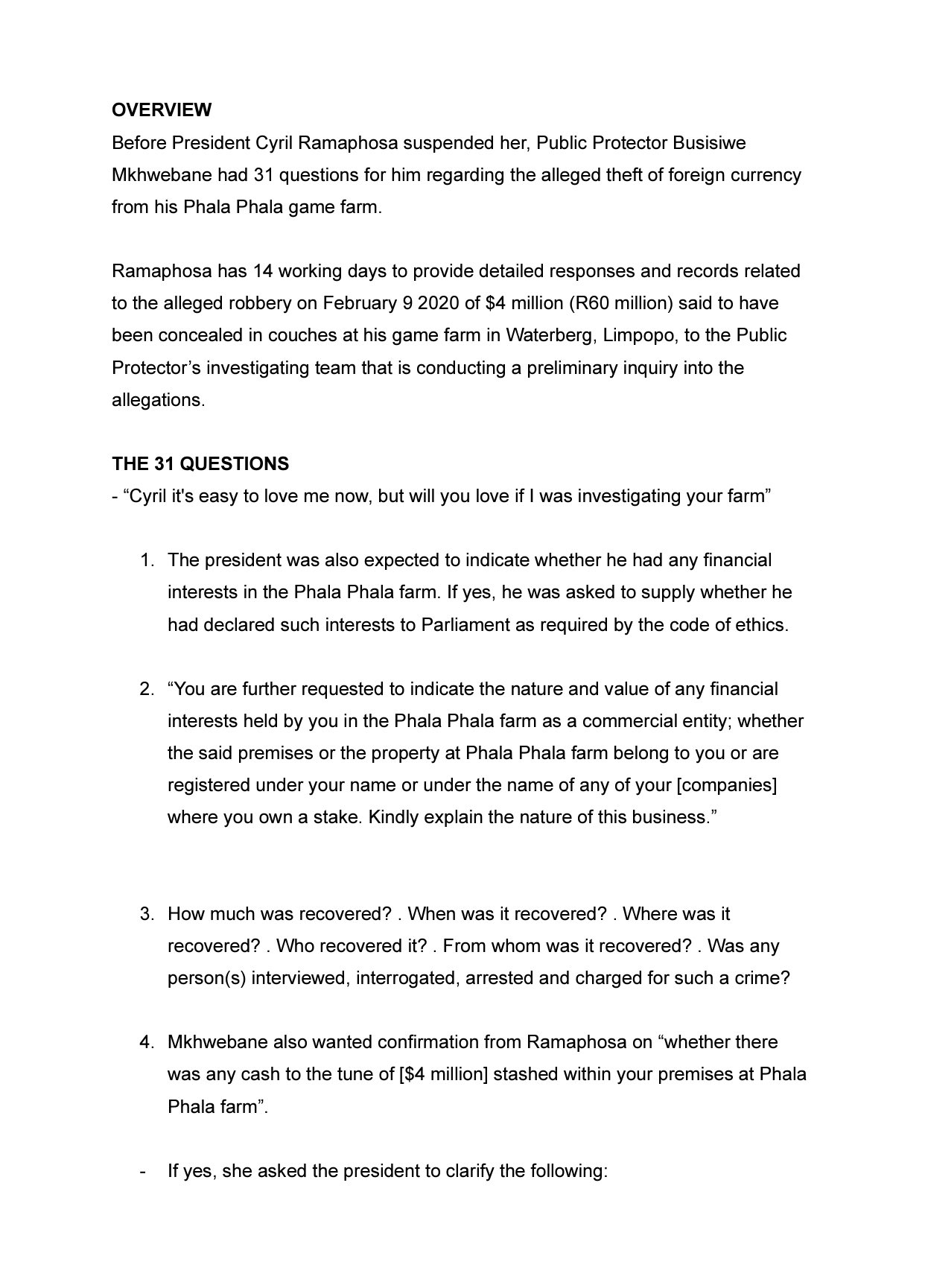 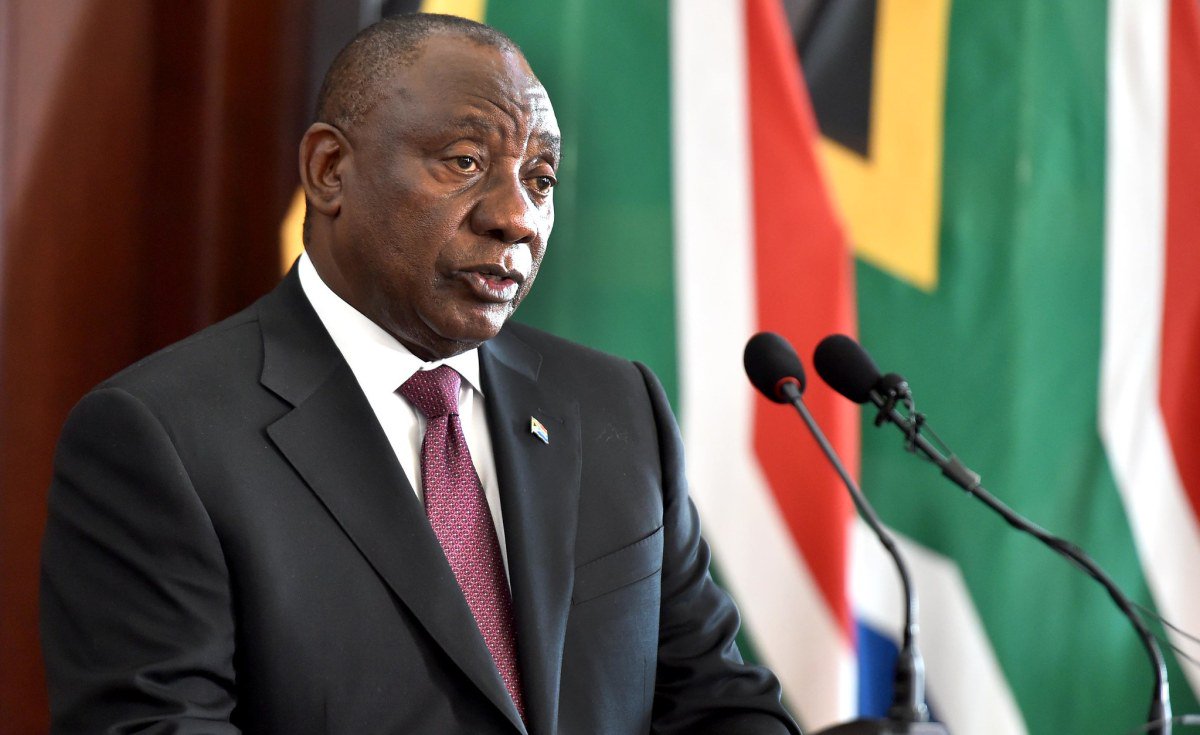 President Cyril Ramaphosa has in accordance with section 194 (3)(a) of the Constitution of the Republic of South Africa, decided to suspend Advocate Busisiwe Mkhwebane from the office of the Public Protector effective 9 June 2022” (…) “Section 194(3) (a) of the Constitution provides that the President may suspend the Public Protector (or any member of a Chapter 9 institution) “at any time after the start of proceedings by a committee of the National Assembly for [their] removal”” (Presidency South Africa, 09.06.2022).

Now, the cat is out of the bag. What is happening with the Executive, the Head of State in South Africa is very obvious. We know that his already hidden the receipts and been less than transparent about the CR17 Report. Today’s suspension of Public Protector Busisiwe Mkhwebane from President Cyril Ramaphosa only shows there is cause to fear and know that his compromised.

President Ramaphosa has things hidden. He has transactions, government business and possible usage of powers in office, which should be investigated. With the act of suspending the Public Protector a day after launching investigation into the recent allegations. Only shows how he will undermine the authorities and the investigators of the state. The ones that is keeping the civil servants and the public officials accountable for their actions.

The current President who took over after Jacob Zuma over a State Capture case. Is now dwindling down a similar path. We can wonder, if anyone has compromised him so much or traded business in such a manner… that Ramaphosa is afraid of releasing the documents or proving his innocence. Because, the President knows it is troubling and could get into a scandal he cannot control.

Right now, everything that has been questionable will be put under a special light. The public, the opposition and everyone else will wonder. If he has more things hidden in the chambers of power. If he has paperwork or a paper-trail that is hidden from the public. Secondly, if there is deals, agreements, tenders and whatnot, which has been greased in his favour. Because, when this is happening now.

Certainly, this reminds of the previous slow investigation of the State Capture, which hasn’t been solved or been finished to this day. It has been slowly investigated and the cronies around Zuma haven’t been touched. That just shows that the system only changed heads, but continued it’s sweet deals behind closed doors.

Instead of the Gupta’s it’s someone else and Arthur Fraser dropping details too. The questions of Bantu Holmisa MP to the Parliament and the powerful Economic Freedom Fighters statement just shows what is happening. Ramaphosa has to answer for this and the suspension of the Public Protector only says by so many words that there is more to this.

President Ramaphosa is hiding something in plain sight. He has secrets which he fears for the public to know. The President fears to be probed and looked into. That means he knows he has done something wrong and is worried to be exposed. If he had nothing to fear. He wouldn’t have done this, but it tells who is.

This is a new State Capture case and Ramaphosa isn’t tricking anyone. His instead showing what sort of person he is and he isn’t able to deflect it either. It is instead showing that there is something under the surface and his hiding it. Peace. 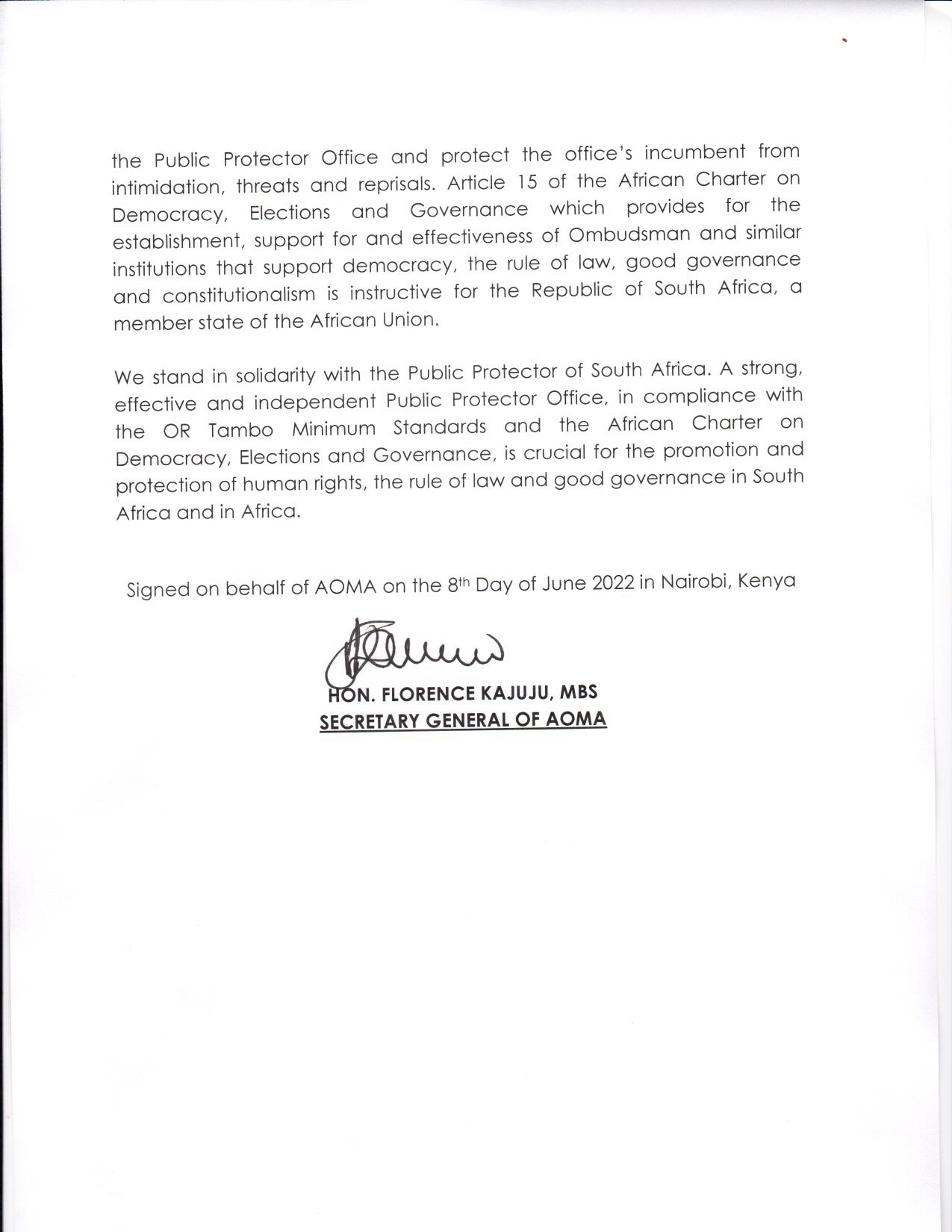 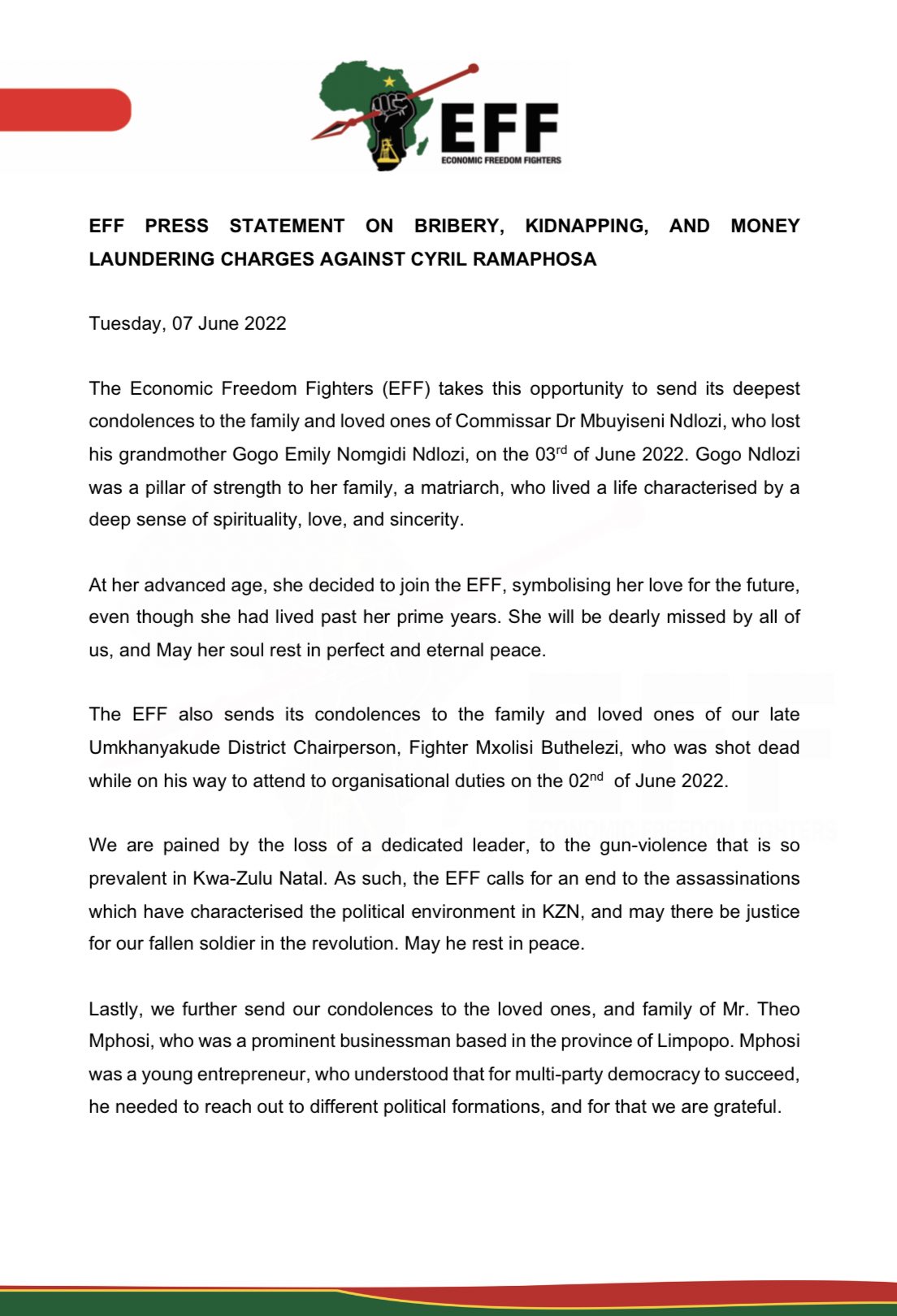 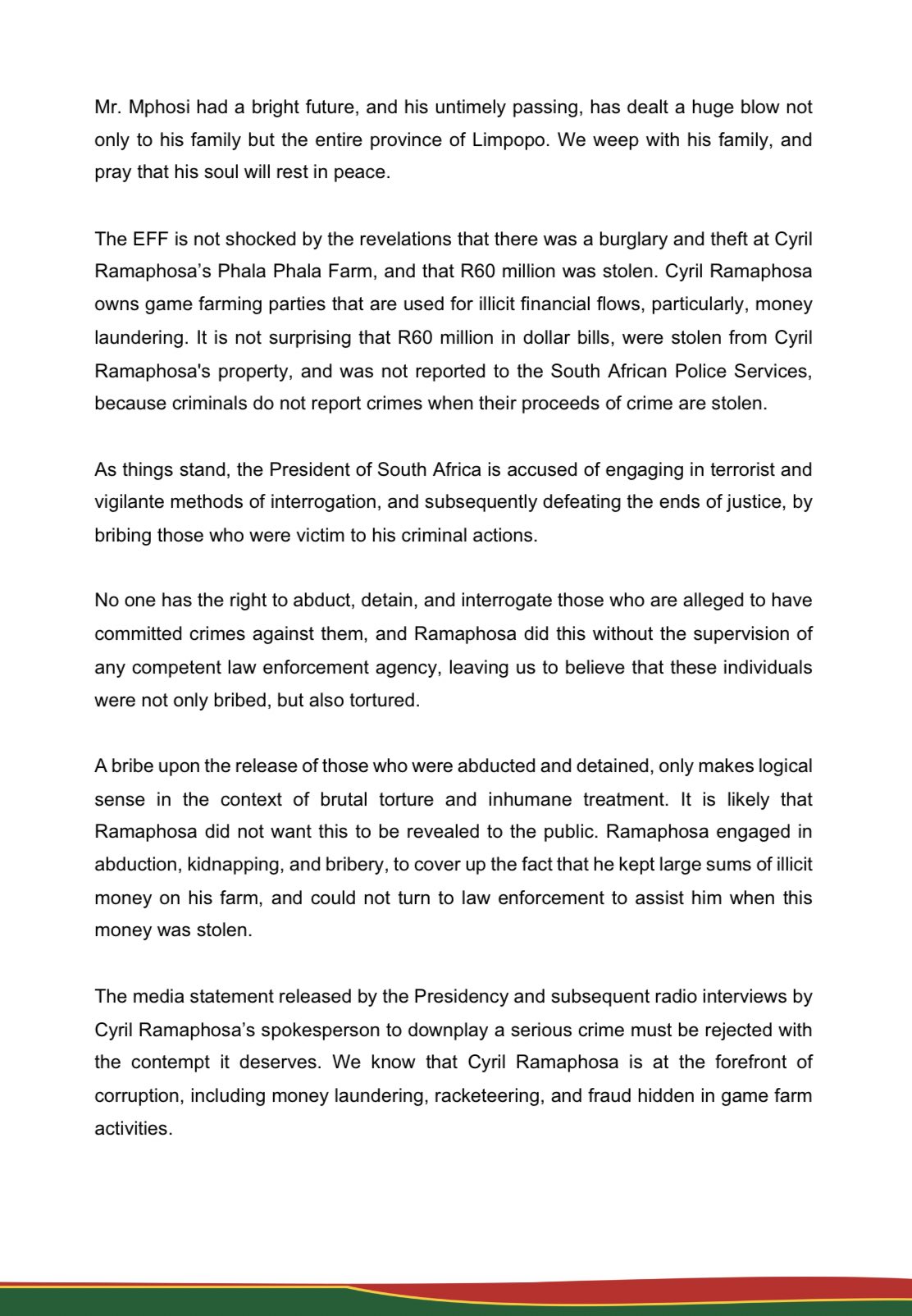 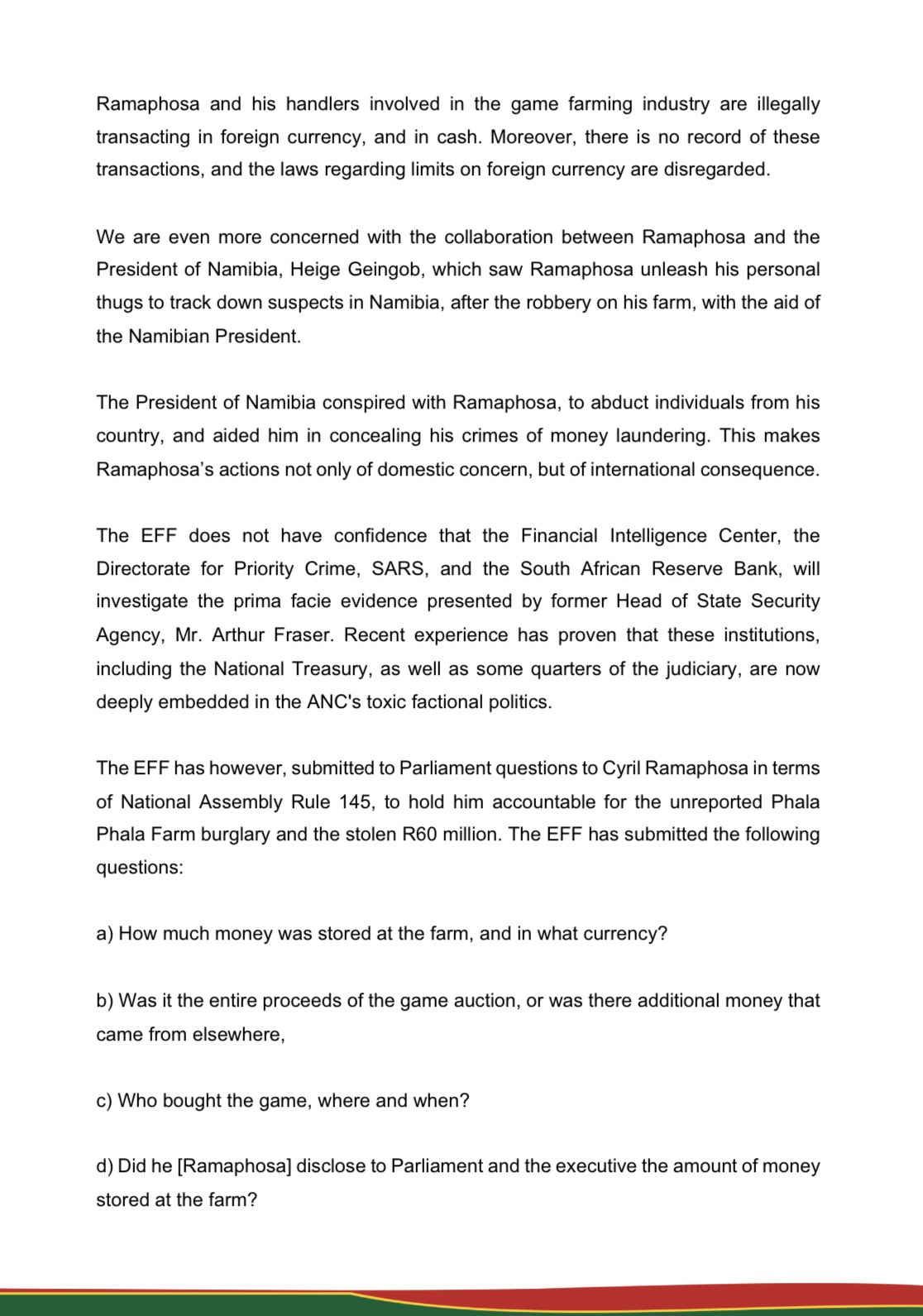 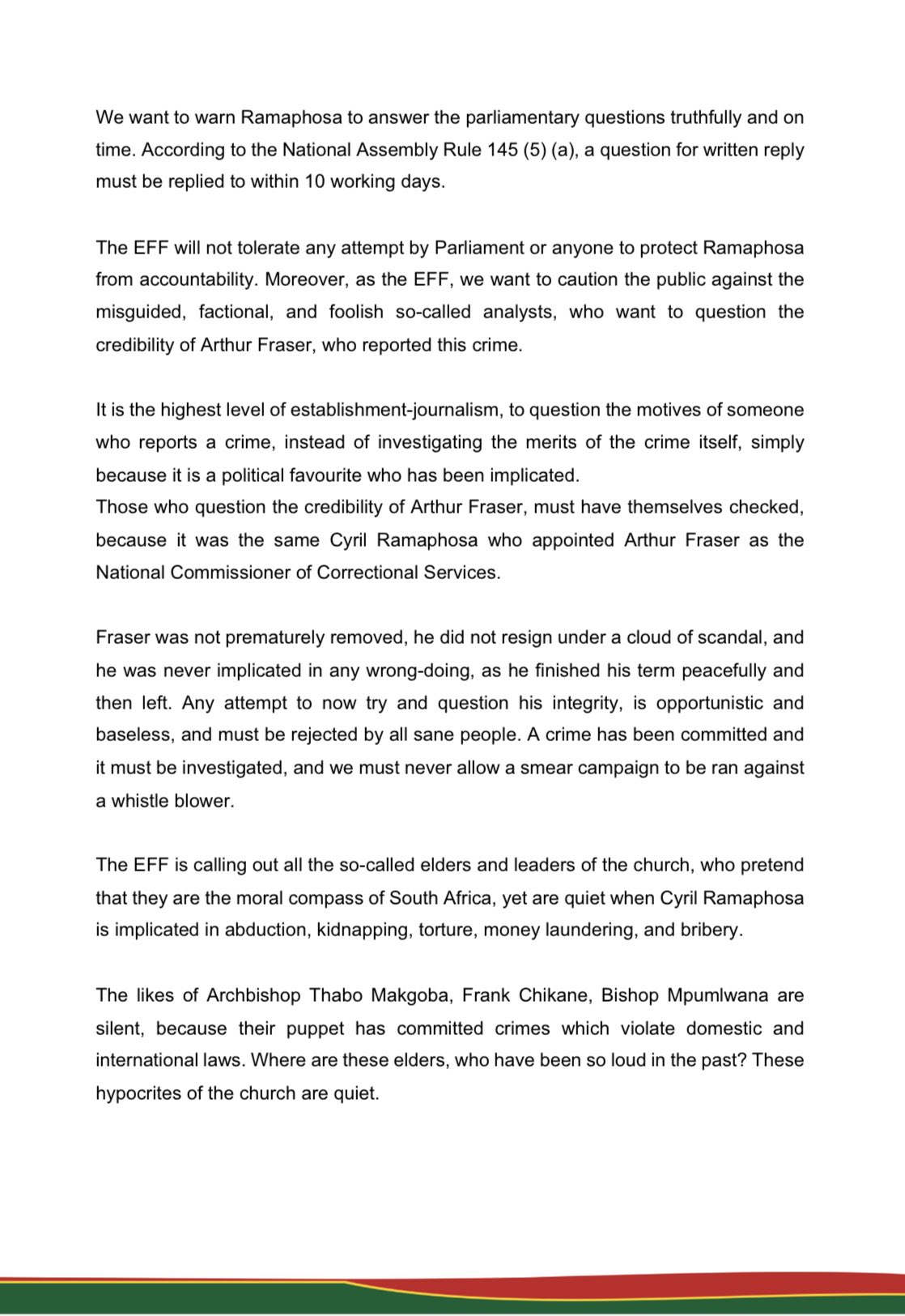 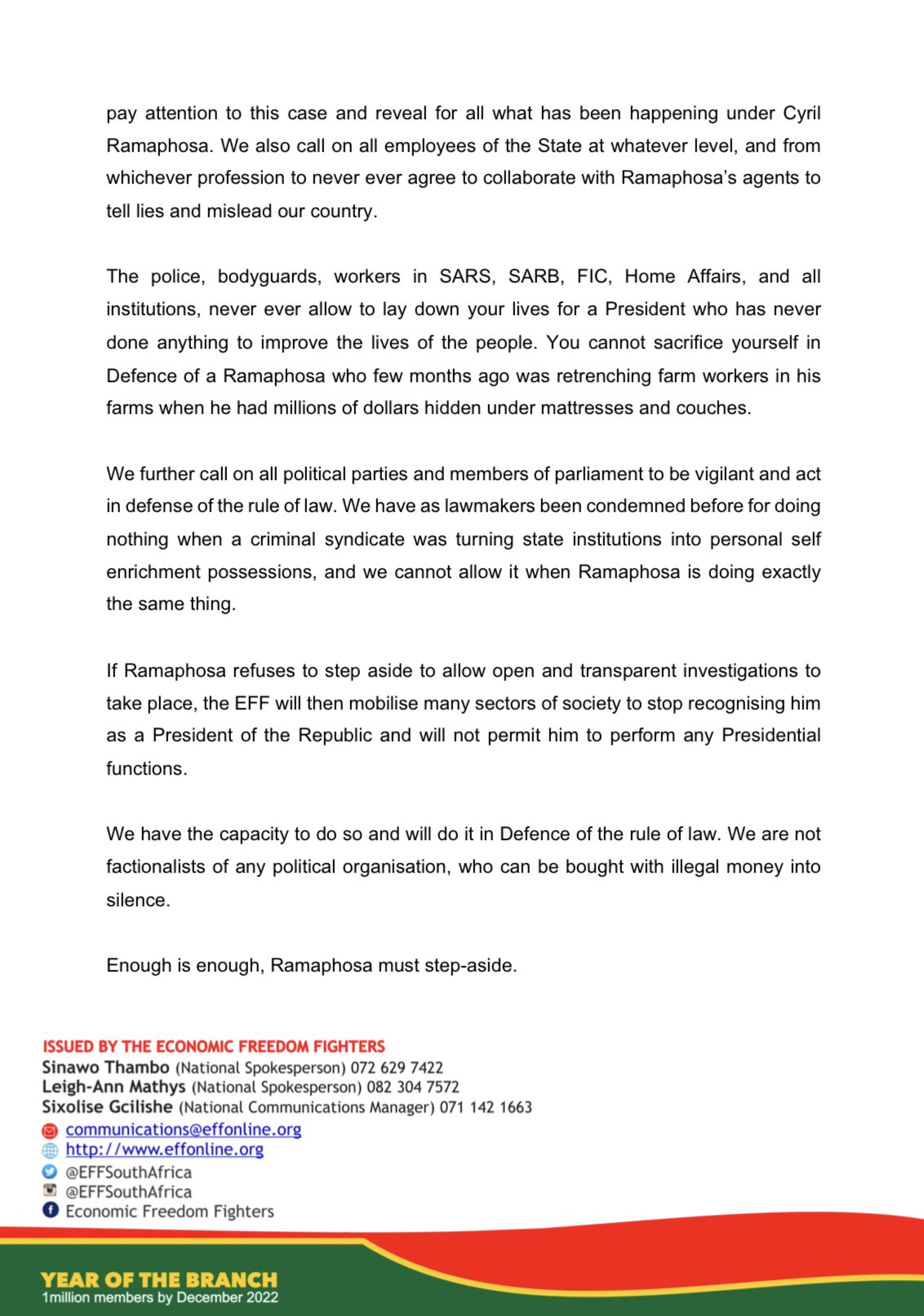