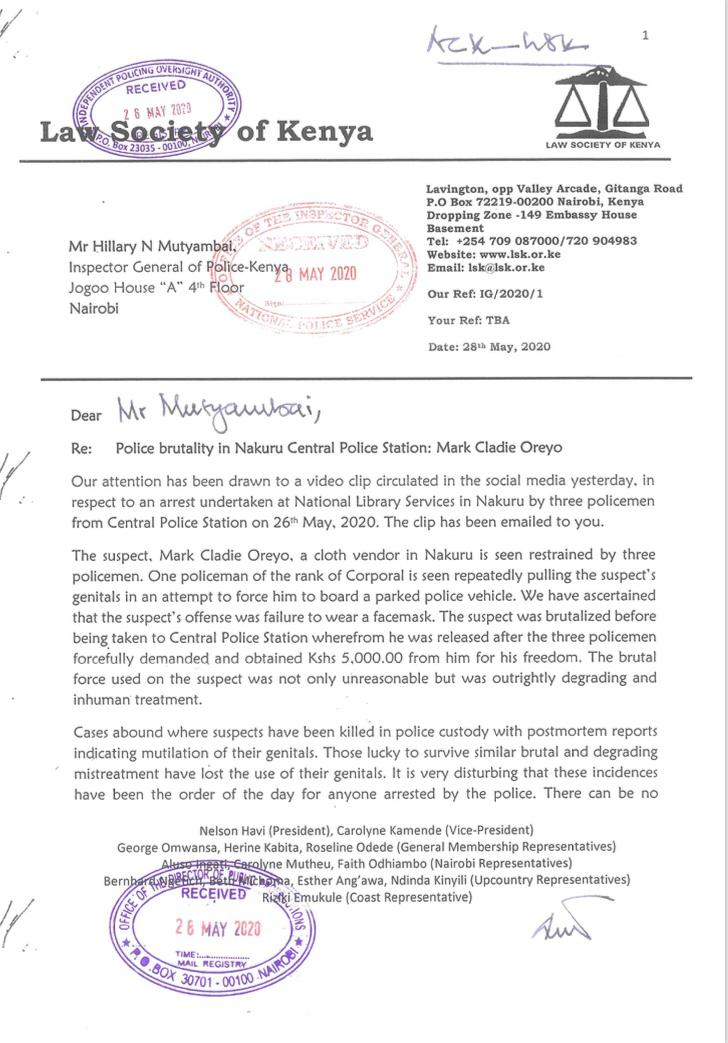 Whats the saddest about the tragedy in Solai, Nakuru County in Kenya, it is that it could have been avoided, but the common greed is the reason for the fatal dam. That it burst and hit the village. This is where the owner of the farm had put up an illegal dam called the Patel Dam, which was not legally built or constructed. It had already leaked before, but not burst. Therefore, the uncertainty was there, but nothing happen.

That the owners of the Patel Dam should answer for their illegal construction of the dam. Where the forces of water shredded lives, lives that could have had a longer life, if it hadn’t been for the greed of the Patel Coffee Estate Limited. That did this for the benefit of better farming, but dodged the law and built a dam. So that the harvest could be good. Build a cheap dam of sand and rock. Even forgetting a vital principal of having concrete as foundation of it. So that the dam has strength to oppose the currents of the water. Instead, the poor construction burst and took dozens of lives. Innocent lives who couldn’t be prepared for this. Even if there was leaks before, no one would have considered that the construction of it was this weak. That the owners had considered the possibility of it bursting.

The land was bought and renamed by the current owner, the old name was Milton Siding. That the building of this dam should have caused a stir by the Local Government in Nakuru. The Governor of Nakuru at the time, should have sanctioned the farm as the reports of the building should have been reported to his desk. The Police and the authorities should have inspected it and questioned its papers. Not to allow this sort of installation, unless he had permits and solid foundations for building it. This isn’t a tool-shack or a mere extension of a house. This is a major construction that has to follow certain technical specificity. Even the Kenyan government hire wrong people and building bad constructions, that has happen at ports and even bridges. Therefore, they should be careful to let private farmers and enterprises building dams like this.

That is why this is neglect by the government, the local government and the contractors, finally also the owners. All of them has failed the people of Solai, the Nakuru County Local Government should step-up and take blame, as they should seen this coming. They without actions, has given consent to the farm and its owner to do it. After getting knowledge of the construction, they should have informed needed authorities to stop the building of it, until the proper legal paperwork and shown the plan to safety standards. So that the public shouldn’t fear of what happen yesterday on the 9th May 2018.

The public shouldn’t be responsible for what owners tend to do on their land, they should trust that the owner has legal ability and has hired people with technical expertise to do this. Especially a project like this, building a dam and making sure the waters are steady. However, that didn’t happen here, as the foundation was built on the wrong premise. Cheap construction not built for securing the water. That is why it burst. The contractors, the owners and local government should have answers. Come up with reasons and answer in court for the deaths of innocent civilians. They are innocent people who got caught in the greed of the farmer.

That is the sad thing, that the farmer didn’t build a proper dam. He built a cheap one, that instead of thinking of consequences, only thought of profits. That is the sad reality and the authorities, should really be shaken, as they could let this happen on their watch. They are also responsible, since they didn’t take action and sanction the owner of the estate. That would have been the right thing and gotten the owner to strengthen the dam. However, that is just 20/20 and we know that didn’t happen.

We know how serious the burst is at it affected 2500 people and 500 families, as well as over 40 people are officially announced dead. All of them is too many, when this could have been avoided. They died over state neglect and lack of oversight. Peace.

“But even as Odinga defended himself, deputy president William Ruto led Jubilee leaders in challenging the cord leader to be more open on whether he had personally benefited from corruption schemes in the country. The leaders especially want Odinga to explain whether or not, he abetted Mumias sugar company financial woes” (Kenya Citizen TV, 2016)

At the height of the violence that gripped Kenya after the disputed 2007 elections, the Party of the National Unity and the Orange Democratic Movement, who were parties to the conflict, wrote to the International Criminal Court (ICC) seeking its intervention to stop what they called genocide. A local investigatory commission with international participation found that some actions during the post-election violence likely met the threshold of crimes against humanity and recommended the establishment of a Special Tribunal for Kenya, or in the alternative, the handover of the sealed evidence to the Prosecutor at the ICC.

Efforts to establish the Tribunal were defeated by political forces aligned to suspected perpetrators, hence triggering the handover of evidence to the ICC and the subsequent investigation. Six Kenyans were named in connection with seven crimes against humanity charges; the ICC Pre-Trial Chamber II confirmed charges against four suspects. Two suspects – Uhuru Kenyatta and William Ruto were subsequently elected President and Deputy President, respectively, before their trials could begin at the ICC. Thereafter, the Prosecutor withdrew charges against two suspects – Francis Muthaura and Kenyatta – citing witness bribery and intimidation, as well as failure by the Kenya government to cooperate with the court. The remaining case against Ruto and journalist Joshua arap Sang was terminated citing “intolerable levels of witness interference and political meddling”.

Kenyans for Peace with Truth and Justice (KPTJ) has followed closely the developments around accountability for the crimes committed during the 2007 post-election violence. Since the opening of the investigations in March 2010, we have observed certain shortcomings and challenges on the part of the Government of Kenya, the ICC, the Assembly of States Parties (ASP) and the African Union (AU). This brief seeks to focus on key issues emerging from the situation that the ICC and international justice finds itself in today, while drawing linkages from how the Kenya cases and other ICC cases were managed. KPTJ also makes recommendations on actions that require to be undertaken by the ASP, the ICC and African governments in order to address the emergent challenges.

A Contradiction in the Mandate of the AU Open Ended Committee

A look at State Cooperation

Taking stock of the experience in the Kenya cases

This brief was prepared by Kenyans for Peace with Truth and Justice (KPTJ), a coalition of Kenyan citizens and over 30 organisations working in the human rights, governance and legal fields that came together during the crisis over the disputed results of the 2007 presidential election to seek truth and accountability for the elections and the widespread violence that followed; and who continue to work closely with the victims of that period. It is a brief update on the situation in Kenya as pertains to pursuing accountability for the crimes against humanity committed during the 2007-2008 Post-Election Violence as well as its adherence to its obligations under the Rome Statute.