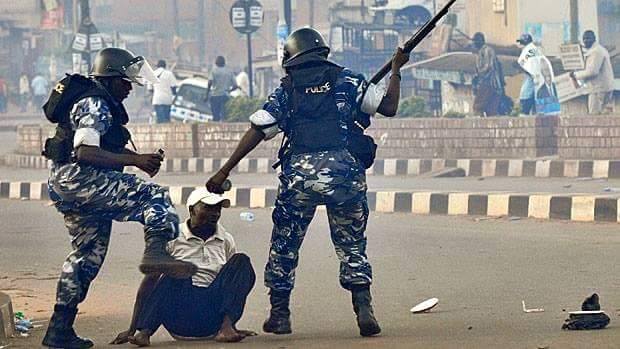 Uganda Youth Platform (UYP) and other youth organizations in the country wish to bring to the attention of the people of Uganda the prevailing abuse of our rights, arbitrary arrests, torture and other unbelievable acts of injustice the government is committing against us.

The regime in power abducts, arrests, threatens death, detains, tortures and imprisons innocent youth with an aim of forcing them to work for and support NRM and intimidate the youth so that they do not speak up. Many youth have even lost their lives and properties. Recently Salongo Mawejje’s head was severed and has not been found. Youth in Sebambule, Butaleja, Lira, Kumi, Masaka, Mbarara, Gulu, Wakiso, Mbale, Mubende, etc are being intimidated, languishing in jails and many have lost property and hope.

Of recent, Jude Nkoyoyo the General Secretary of Uganda Youth Platform was inhumanly arrested, detained in an illegal location, accused of tramped up charges. His home was raided, property confiscated and destroyed. He was denied a fair hearing in time. His life will never be the same again. The second case is of Waidhuba John, Coordinator Eastern Region. He survived a staged road accident. The tormentors ran away on a motorcycle. His home was raided. The third case is of Ewau Godfrey, the PRO of Uganda Youth Platform. He was abducted by elements from Flying Squad and detained at a facility operated by Special Forces Command. He was tortured, a hood tied over bis head, abused etc. Others are being threatened such as Brian Obiga, Chairperson of Uganda Youth Platform and Coordinator Northern Region. Mulani Rockefeller, the Assistant Coordinator UYP Mubende was also arrested, detained, tortured and forced to work for and support NRM, President Museveni.

Other youth who have been arrested from different parts of the country and tortured under hands of regime agents are: Payira Bonney, Okot Thomas, Otim Sparraw, Winnie Nakajjubi, Norman Tumuhibise, Okure Nathan, Okia Constant, Aguda Moses, Nsubuga, Nuwagaba Christopher Ojobile and hundreds of other youths. There is now an atmosphere of fear for their lives.

Thousands of youth are being rounded up daily and taken to jails and safe houses under the guise of being idle and disorderly. How can someone be disordely or idle at his home? That they are loitring in the city and towns. How can a government that is not creating jobs arrest people for nor working? If the youth dont come to towns to look for work, how are they expected to eat and pay rent and feed their families?
We understand that government fears the youth that they engage in civil disobedience so it prefers to keep rounding us up and throw us in unknown places. But there are 30 million youths! Where will they detain 30 million of us?

It’s therefore, upon us to either accept and surrender to these unjust acts forever, or join hands and say ENOUGH IS ENOUGH. Fellow youth of Uganda, our generation is now a lost generation because of the increasing and un-ending injustices committed against us.

We, as Uganda Youth Platform (UYP) wish to remind you that it’s our constitutional duty to be actively involved at all levels of our country’s governance. UYP as a legal civic network of all youth in Uganda calls upon Ugandans and international community to condemn such dictatorial acts. We aim to have a new government that will cater for our needs.

We want the Uganda Human Rights Commission to get interested in these cases of human rights abuse and also the Chief of Defense Forces and Chief of Police to tell the country whether these actions are officially sanctioned actions since those carrying them out come from the institutions they lead.

We demand that all Presidential candidates address themselves to this issue of security for the youth and condemn these acts of thuggery by state agents.

For God and my Country