In Ethiopia there been open warfare since November 2020. This is now seeing effects far away from the Tigray region. The truth is that warfare and conflicts cost. You pay for mercenaries, soldiers, food, shelter and heavy weaponry. All of that costs and implicates the economy. The spending have to go from somewhere and has to settled. This means certain other parts of the economy looses its value or gets less of investments. In which things gets scarce or get hit by the new demand. Since the Tripartite Alliance needs more supplies for their warfare.

Addis Fortune Reported on the 5th April 2021 this:

“There appears little solace for consumers in Ethiopia, with the year-on-year headline inflation reaching at 20.6pc in March this year, a little over the nearly 20pc annual average last year. The largest increase in prices was seen in food items such as edible oil, fruit and vegetables and spice, according to a statement by the Ethiopian Statistics Agency. The consumer price index (CPI) for the month of March shows a 22pc jump compared to the same period last month. Non-food items such as fuel and energy, alcohol, tobacco and chat as well as transport, medical expense and construction materials have seen an increase in prices of 18.9pc” (Addis Fortune – ‘Headline Inflation Reaches 20.6pc on Year’, 05.04.2021).

This is the government excuse for the rising inflation:

“ADDIS ABABA–The continuous demand-supply imbalance and ill-investment strategy of the former administration have resulted in the structural and worsening current inflation, so disclosed Planning and Development Commission. The Commission’s Deputy Commissioner with the rank of State Minister Nemera Gebeyehu (Ph.D) told The Ethiopan Press Agencey (EPA) that even though many people believe inflation is worsened after the reform, the reform measures taken by the government do minimize the inflation, but a lot remains to be done since it is structural driven from the ill-investment strategy of the former administration” (Dargie Kahsay – ‘Ethiopia: Previous Maladministration Takes Blame for Current Inflation – Commission’, 03.04.2021, The Ethiopian Herald).

We are clearly seeing here the effects of the mismanagement or priorities of the state. A steady war is costly and the price of that is on the citizens. That is why the prices are going up and the state will lack currency. The state will do whatever it can to continue supply and generate enough funds. Which in the end means more inflation and devalued currency, which will also means the citizens will get less for their money and imported goods will be more expensive. It is a vicious circle and a negative spiral. That this government is doing by its efforts as a Tripartite Alliance member and fighting on its own soil.

The Prosperity Party is also blaming the old EPRDF, which it was in coalition with and consolidated power from. The PP is practically not taking responsibility for the actions in office and only pushes it on the previous government. That is really rich. Just like all warfare is the TPLF to blame in Tigray. This is following a pattern and the excuses is getting old.

The PP should seriously be worried about the rate the inflation is going and what shocks this will have for the citizens. There is already videos reminiscent of the fuel crisis in 2015. This being leaked clips and statements of troubles getting fuel in Addis Ababa all week. That is a sign of what to come and costs of the war.

The Addis Ababa administration should be worried about this. The costs of war is coming forward now. Not only the loss of prestige with the Prime Minster and the image as a whole. The PP and the PM isn’t looking like reformers anymore, but as a warlords. They are not only brining destruction to the Region of Tigray, but also destroying the economy as a result. This will be carried for long and effects of the war will take a toll. We can just wonder about how many will pay the additional costs and struggle because of it. That is how these things goes. The elites and the one in-charge will not feel it, but the average citizen has to live with the new standard. They are paying the price for the inflation and have to collect whatever they can out of their currency. Peace. 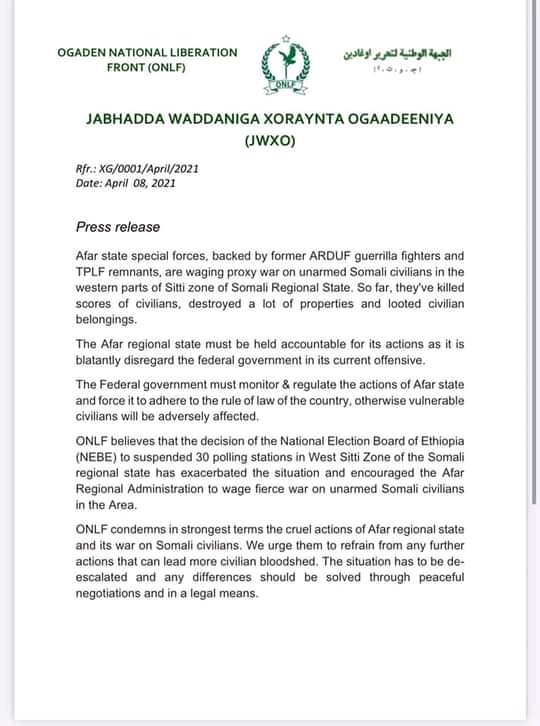