Archive for the tag “Moses Ssali”

Opinion: This Moses will not lead the public into the promised land 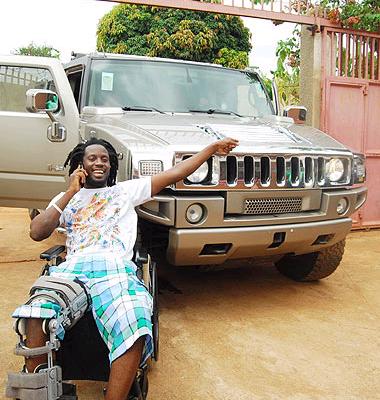 “The NRM has already won the 2021 elections with over 80%. We are now campaigning for 2026 elections and let no one tell you that Ugandans are tired of President Museveni” – Bebe Cool aka Moses Ssali in South Africa this weekend, December 2019

Bebe Cool might think his slick, he might think his smart and sounds like fine wine. However, Bebe Cool is degraded and low-rate fizzy-drink, a sugar-coated and lack of flavour, which he tries to sell to the crowds like Champagne. Everyone can see it, smell it and know by just looking at the bottle.

Moses will not lead people across the desert. Moses will not lead the people to the promised land. This Moses, the Cool guy will lead people agony and more issues. The state and the party he mobilizes for are self-serving elite. The NRM are working for the President and his cronies, it isn’t working for direct development, neither building a strong state. That is known for Moses, but he will not say it.

“Then the Lord said to Moses, “Leave this place, you and the people you brought up out of Egypt, and go up to the land I promised on oath to Abraham, Isaac and Jacob, saying, ‘I will give it to your descendants.’” (Exodus Chapter 33:1, New International Version).

Just like Moses himself, he never got to see the promise land, he actually never got cross the River Jordan after 30 years in the desert. The Republic of Uganda have been 33 years under the reign of Museveni. The man Moses praises and thinks will bring changes. While his really lost in the wilderness and not allowed by God to cross the river.

Bebe Cool is a false prophet, who says everything the master want to hear. His a loyal subject. Even as man whose supposed to mobilize and guide. The man knows that the President isn’t preoccupied with 2026. His just working as hard as he can to fix 2021. That is why Bebe Cool is following the trail of Bobi Wine. The smug man, whose paid to be a distraction.

Bebe Cool, Mr. Moses thinks his that smart is funny and tragic. Because, just like Moses. At one point he will not go to promised land. His used with promises, but his descendants will live there. They will be able to cross Jordan. That’s because the promises of the regime, the promises of Museveni will not materialize. They will degrade and distort with time. The reasons for it is that its busy salvaging whatever it can. It is so busy doing so, that it doesn’t see the hurt or the problems across the Republic.

That is why the NRM lacks the trust, the support or even the grass-root mobilization it needs. They cannot outspend and buy off the whole population in every single poll. That is what it does, but at one point, that buck stop. Bebe Cool might act like it is won, when it really is rigged. There is no speculation of it even. It is mere reality.

That Bebe Cool is saying this too: “I warned the enemies of development that I will bring to light all their lies. The era of misleading Ugandans has come to an end” (Bebe Cool, December 2019). His the one misleading the public and doing it as propaganda for the state. His the Softpower and the “silent Majority” nonsense. Nonsensical and unstructured, as a man whose fighting on deck, while his boat is sinking. Instead of either trying to “balancing the boat” or trying to save people to land. He fights the crew for wrecking the ship.

Bebe Cool could be serious, but his the messenger… He will not get people anywhere. This Moses will encircle them and trap them. He will make them walk around aimlessly in the desert for yet a few more decades. They will not move and will never cross over Jordan. That will not happen with Cool neither with Bosco. They are just in it to rule, not to serve and neither to actually govern. Peace.