Archive for the tag “Miguna Miguna” 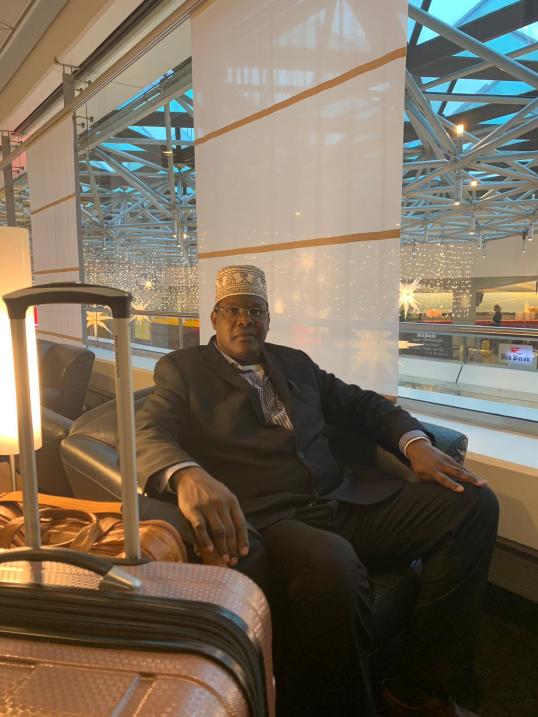 Greedy guts and blistering barnacles, why is this still a thing? Captain Uhuru Kenyatta and First Mate William Ruto, why are we still doing this in 2020? Wasn’t it enough to deport Dr. Miguna Miguna twice in 2018 and also bar him from entering the Republic a few times.

Now, there is issues with Air France and Lufthansa. Now, Dr. Miguna Miguna is travelling across Europe like a lonely crusader with a microphone, social media and addressed directly at TV-Shows. Instead of being forgotten like Dr. Ekuru Aukot and other contenders. His relevant because of your buffoonery. You understand that right? Aye Aye Captain?

With the knowledge of what has happen over the last few days. It is just more hectic, the Immigration says his free to enter. The Government spokesperson says his asked for the passport. The others say his free to enter, but the airlines says his barred, because the doctor has a “red notice”. Therefore, the Miguna is going nowhere, but in the end has to end somewhere.

This is just a continuation of the deportation and sending him to exile. As they claimed he was an Canadian. Not Kenyan, even if he was allowed to run. But as long as the Kenyans has an American as an official in Asia. To have a Canadian with dual citizen should be easy pickings. Or is it because he insults the leadership on a daily basis and is a loose-canon of expressions on social media, that he has to be a soul. Awaiting his next time to return home.

However, this story is foolish from the get-go. No matter what character traits Miguna has. As a citizen, he shouldn’t be left stranded in Europe. If he wants to go home. Especially in consideration of the countless victories in Court. Which the state refuses to honour and respect in his concern. Maybe, it hurts the pride of Uhuru and William. Maybe, even Raila has gotten enough dirt on his name.

But if they are bigger than little insults and little micro-aggressive comments online. Than, they can muffle him inside the Republic, even try top pay him off. It worked well with the ODM, as they got preoccupied with the BBI. Let say, Miguna becomes the candle-guy of Parliament or even light-bulb organizer at the State House. He will be preoccupied and not have time to spread his statements 24/7. But the state wouldn’t make up an position for him. The one who swore-in Odinga. No, they want him to suffer. Because, the handshake only mattered to Odinga and not to Miguna.

Well, this just show how fickle, how little you can trust the ideals, the courts of law and bureaucracy. They are just insulting all intelligence with this one. Miguna is might be a little trouble-maker, but his this Republic’s troublemaker. No deny in that.

If Kenyatta, Ruto and Odinga is smart, they would try to find ways to comprise him. Not make him a firebrand dude in exile. Which they continues to do. Therefore, adding more and more insults to the injury and making him even more vocal.

It is like they want this and like seeing this happening to him. Instead of fixing it. Doing whatever steps and just letting the man enter. They are stopping him. Crossing with ferries and ships across the sea into Tunisia. Soon he has to cross Sahara bear-foot with the Tuaregs into Sudan. Then walk side-by-side of the river Nile and pass into Juba. Before entering as a Forrest Gump into Kenya with nomads and cattle-keepers into Nadapal, Turkana district. This will take months, but hopefully when entering this way. They cannot stop him from entering.

Well, I doubt he would do this. That he would go this far. Use all means possible. But it just shows how bad things are and how your mind can play tricks on you. Whatever might happen, but most likely in a few days in Toronto, Ottawa or where-ever he resides in Canada. As he got to have temporary home there now.

Miguna Miguna is a tragic case. A case of deception and lack of alliances. Some is caused on his own, the others are people not following the laws and court orders. Therefore, letting him be left behind. Which they now have done since they deported in 2018. We are an 2020 and this still a thing. 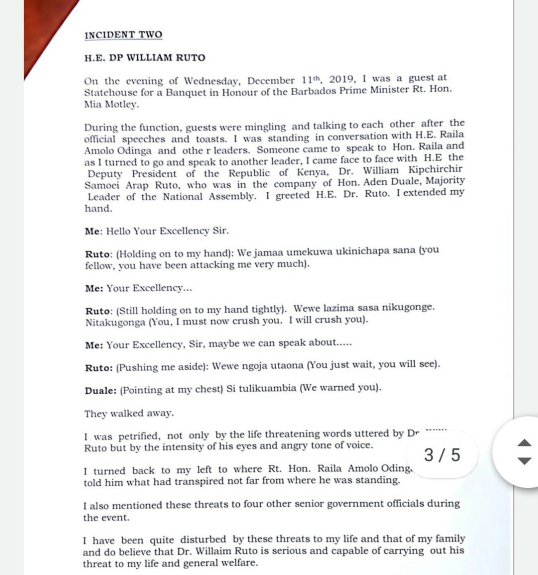 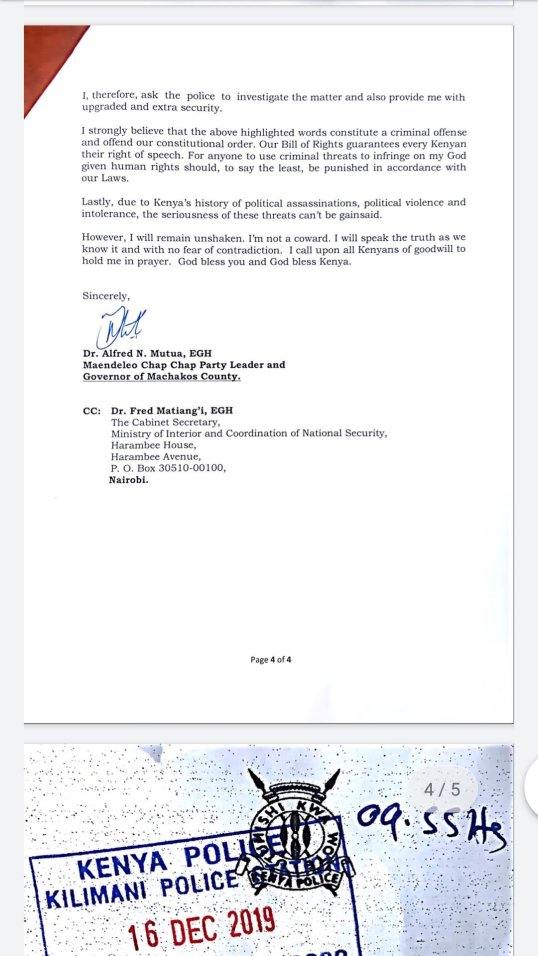 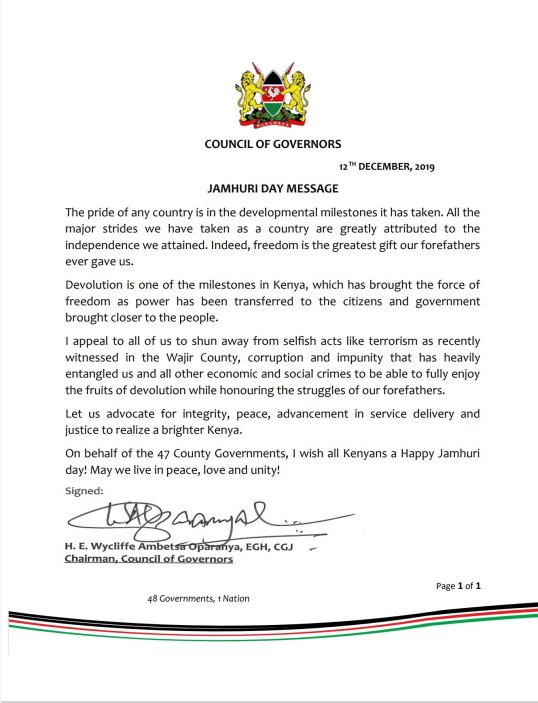 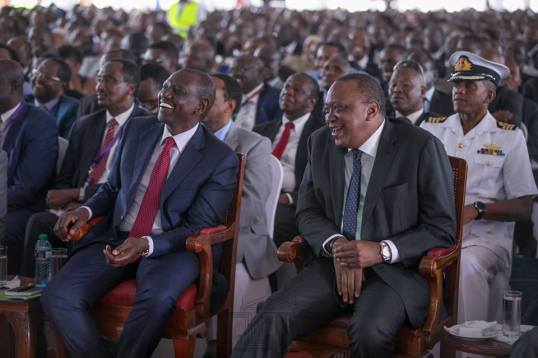 It seems like its been a week of anger in concern of President Uhuru Kenyatta. It is hard to know why he suddenly gotten so mad. Maybe the fuzz of the beers or whatever he drinks doesn’t work anymore. Maybe some international organizations doesn’t want to borrow money without to many strings anymore. Who knows? But certainly, his not the happy, go lucky President of the past.

Kenyatta has gone after the ones claiming he was silent. He has targeted the ones who commented on the BBI Report before it was published. Uhuru has addressed the Tanga Tanga and Ruto allies. But not in friendliness, but straight forward attacks.

First with the silent quote, before the carrying own cross!

“They see me silent and think ‘he is just there and knows nothing. There is nothing I do not know and when the time comes, I know those who speak and they are not those who are speaking now. When the time comes, we will come and we will speak to you about what we will do. Mwaka mpya, we are with you. Let’s just first listen to their lectures. We are with you” – Uhuru Kenyatta on the 4th December 2019

“Please let us not politicize the war on corruption. When an individual is stealing public resources he doesn’t do so on behalf of his family or community. Therefore, anyone who is implicated should carry their own cross” – Uhuru Kenyatta on the 8th December 2019

With this he shows that his made and furious. Not that Kenyatta haven’t shown that before. He has whined before in public about his war on corruption. Not that its believable, because his closest cronies and known grand corruption scandals, which are not touched or have had any consequences. They have just gotten appointed elsewhere or gotten away scotch-free.

That is why his anger and frustration only seems forced. That the President only says this things, because he knows this is the right thing to say. However, his actions and his state of affairs is saying otherwise. That is why its not believable.

Kenyatta can act mad, can act sad or even glad. Nevertheless, the real actions are shown with what he borrows, the debt-ratio he leaves behind, the state deficit and the lack of good results from his time in office. That Kenyatta have little to show compared to the Big Four promise or the other pledges. Is because the state has been busy doing other things and securing their time to eat. The President has accepted it too, because he has eaten too.

That is why, the current outcry and stable battle against corruption goes old. When it really isn’t targeting the ones on the top, but the small fringe players and the ones whose has their turns. That is why Kenyatta can play and think PR speeches will save his behind. However, it will not. It is a lot of noise, but no real action. Peace.

Opinion: It was Sonko’s turn, apparently… 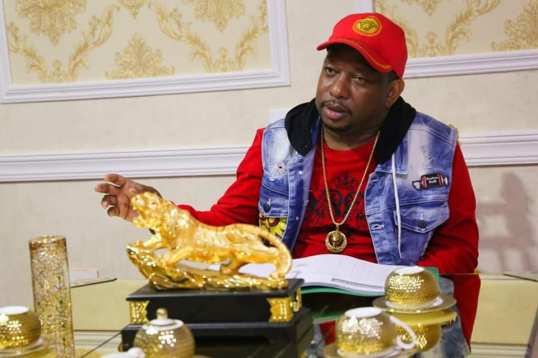 Arresting Nairobi City County Governor Mike Mbuvi Sonko will not solve anything. Neither will it change the ways this are done. Governor Sonko has just followed the footsteps of the previous governors and County Officials. Not it’s righteous or make it right to steal from the public coffers, but that is ingrained in the system. There was no significant change from Evans Kidero or anyone else before him.

The Presser of DPP Noordin Haji and his arrest order of Sonko will not do a big whoop in Nairobi. Than, the whole political elite and all the stakeholders has to change overnight. As they are working as business as usual. Yes, Sonko is a thief, his comrades is involved and his misused power. Nevertheless, in Nairobi, who hasn’t and who of the political elite isn’t benefitting at this current moment?

It is not like the slum-dwellers nor the citizens outside the posh areas feels significant changes from who reside as the Governor. It is just another head and another big-man, who has his time to eat. That isn’t inspiring nor justification for what Sonko did, but he does what everyone before him has done too in this role. Land grabbing, putting associates on County Boards and appointing friends as county officials. That is just what they do.

Before he got elected, he had already been convicted and a run-away prisoner too. So, he knows the rule of law and know what it entails to break it. He has served a stint behind bars and that’s not new to him.

If his corrupt, than his just as blimy and outrageous as plenty of the government officials and the ones running the Jubilee government. Not like the Jubilee have gone long and far between corruption scandals, neither the mere scope and the amounts of grand corruption too.

Therefore, Sonko has to answer for his misdeeds, unless they are baseless and taken out proportions. Some even claim this is the sins of the previous administration and Sonko trying to clear the bill. But that is up for his legal aid to defend the man.

Sonko’s time was up and suddenly he had to appear. Somehow, it isn’t far from being a high ranking official to be answering in courts. Even Cabinet Secretaries has gone from High Ranking Officials to felons overnight. Therefore, that Sonko does it now isn’t that special.

His just one con down, more to go. Wouldn’t be shocked if he got caught slipping and had cases against him with viable evidence. However, that is up to the courts of if the DPP has his paper-trail in order. It wouldn’t be shocking if Sonko got caught doing some illegal bidding and some tenders out of whack. That just meant he was the perfect target at this very moment.

Since the DPP and other agencies has targeted less friendly faces and ensured they have a bad day. Like Hassan Joho of Mombasa has already been under fire for other reasons. Therefore, that Sonko is in trouble today isn’t a sudden new trick of the sleeve. More another play and to show that someone gets charged for corruption.

If this plays out well and not a PR stunt, than the DPP and EACC has done their best. If he just get free and the case is dismissed. Than it was just a play for the façade and hoping that no one notice the charade. However, that is to early to know.

Nevertheless, when you elect a crook and a thief, don’t expect him to not steal. He will not turn into a preacher man and a saint, when he has already been charged with it in the past. That should be public knowledge and common sense, but apparently is not. Peace.