Archive for the tag “Madiba”

Opinion: Kagame will never become the next Madiba!

The respected newspaper from South Africa Mail & Guardian published a story this week on the 17th July 2018, written by Chude Jideonwo called ‘Kagame could be the next Mandela ― if he steps down’; I will beg to differ. Because Nelson Mandela is a hero and righteously so. Mandela was a revolutionary and a leader who led his movement peacefully from apartheid to Multi-Party Democracy in South Africa. He was jailed for his beliefs and his actions as a leader in the African National Congress. There is nothing in the way of Mandela, that is similar to Paul Kagame.

I don’t know what went through the mind of Mr. Jideonwo, but me and him is not on the same wavelength. For one simple reason, Paul Kagame is a villain and a vicious general in sheep’s cloths. He comes in peace and speaks with flattering words, but the actions in the dark is vindictive and fatal. That is not similar to what Mandela did in any fashion.

Kagame has raised civil war within Rwanda, he has killed opponents and detained opposition leaders indefinitely. There are nothing he will not do to stay in power. He is even uses proxy war in Democratic Republic of Congo. Where he has since 1994 used militias to control mineral and resources in the Kivu provinces for lucrative exports. This he has done, while he also been part of getting rid of two Presidents for securing a puppet in Kinshasa.

Therefore, Kagame is more of a War-Lord, than of someone of the stature of Mandela. Kagame is the ones that trigger elections and making sure to get as close as possible to a 100 %. Mandela trusted the people and didn’t install fear, didn’t use the military or the state to force his following. They followed Mandela because they believed in his cause and the need for the rainbow nation.

However, Kagame would use intimidation and fear, he will consolidate all power within his reach and just use posh words to look good, but behind close doors orders others to stop. That is why I don’t ever see Kagame in the same vein as Mandela. Is someone I aspire to learn from and understand his mindset. But with Kagame, I don’t even want to touch the evil behind his CV. Kagame might have over time delivered good numbers and also a good public persona. Nevertheless, his activity, his attitude and what he really has done is to take all power.

Kagame has used the weapon to gain power, Mandela used the force of good to gain the same power. He didn’t overstay, he didn’t force himself on people, he made a difference and that will be everlasting. What Kagame will be remembered for all the ghosts he created, the people who has lost their lives because of his orders and also the families who has been separated because of his reign. That is not what Mandela ever did.

That is why it is insulting to compare him to Kagame. Kagame is genius manipulator, but a merciless War-Lord behind closed doors. He might talk with beautiful TED-Talks and have marvelous PR Stunts out of this world, but don’t be fooled. Kagame has ruled with an iron fist and with bullets. Not with peace and mercy, he did not speak of dialogue or even inch of pragmatic sense for the betterment of the Republic. No, his acts has of violence and intimidation. That is a far-cry from what Mandela ever did and that why its an insult to compare Mandela to Kagame.

I hope that Mail & Guardian, that it wise-up, because this sort of piece make your mind boggle. I thought the guys of Charles Onyango-Obbo (COO) was there keep things on tap. He has a sound mind, how could he let this one pass him by? Maybe, they are in summer vacation mode? Peace.

South Africa: Section 232 Investigation by the United States of America on Steel and Aluminium Products (12.03.2018) 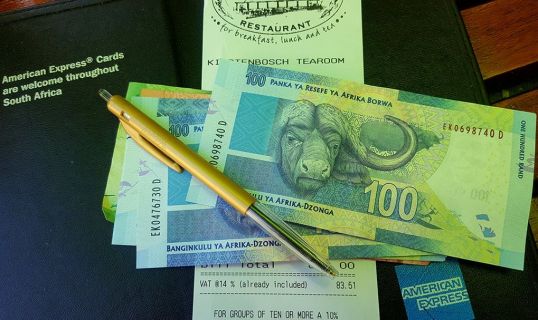 It was further announced that the United States (US) will consider specific requests from affected domestic parties, to exclude from any adopted import restrictions those steel articles for which the Secretary of Commerce determines there is a lack of sufficient US production capacity of comparable products, or to exclude steel articles from such restrictions for specific national security-based considerations.

In addition, the Secretary of Commerce is expected to publish the Federal Register on the appeal process for US buyers to apply for exclusion within 10 days. The tariffs will be implemented on 23 March 2018, if no alternative arrangement is agreed to with individual countries.

South Africa is studying the proclamations and its implications for the domestic industry in South Africa. South Africa’s exports to the US on steel amounted to US$950 million in 2017 and accounted for 1.4% of U.S.’s global imports. In the case of aluminium, the SA exports were US$375 million in 2017, accounting for 1.6% of US imports from all global suppliers. It is clear that South Africa’s exports do not impose a threat to US industry and jobs. The SA exports are in some cases used as inputs into further processes in the US manufacturing sector thus in fact contributing to US jobs and production.

The Department of Trade and Industry (the dti) is fully engaged with the matter and continues to have discussions with the US on this issue. A formal submission will also be made to the US as is provided for in the proclamations. 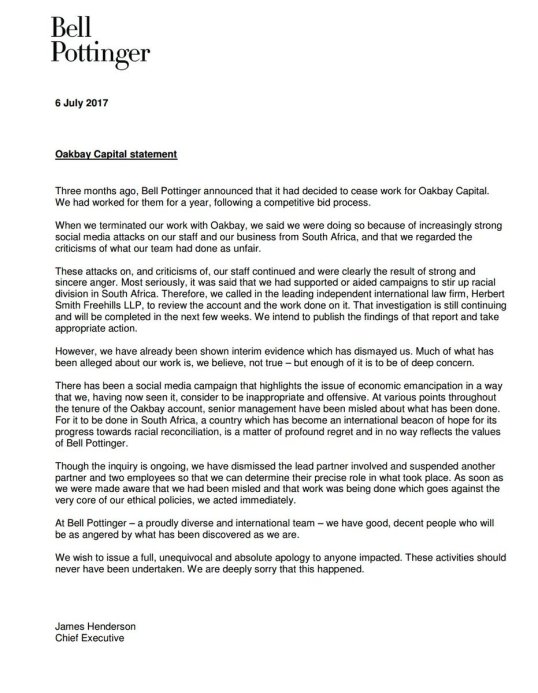 South African citizens across the land are speaking out and taking action to express their dissatisfaction. The Nelson Mandela Foundation supports the demand to hold to account those responsible for compromising our democratic state and looting its resources.

Twenty years since Nelson Mandela signed South Africa’s Constitution into law and as the third anniversary of his passing approaches, it is painful for us at the Nelson Mandela Foundation to bear witness to the wheels coming off the vehicle of our state.

We have seen a weakening of critical institutions such as the South African Revenue Service, the National Prosecuting Authority and law enforcement bodies due to political meddling for private interests.

We are reaping the results of a political trend of personalising matters of state around a single individual leader. This in a constitutional democracy is to be deplored.

The ability and commitment of the Head of State to be a ‘constitutional being’, is one of the wheels of our state. The unanimous judgment of the Constitutional Court of the Republic in the matter of President Zuma and the use of state resources on a private residence was one such test. It is increasingly a national consensus that he has failed the test.

As this particular wheel rolls away, other critical institutions of state break off to follow it. The legislative, business, and public service sectors of the country are severely affected, compromising the ability of the state to serve the people. A battle now rages to keep SARS attached to the vehicle of state. What public discourse has described as ‘state capture’ by private and political interests is, we believe, a real threat to the Republic.

Another wheel is an accessible and well-functioning education system. Arguably this wheel has never been fully attached, but the failures of the last two decades threaten that it rolls away. Schools, in our view, particularly those in townships and rural areas, have largely been captured to political interests and have deteriorated to unimaginable levels. And now universities are being brought to their knees as they lurch from crisis to crisis while a semblance of normality is enforced under what are effectively states of emergency. This is not sustainable for any education system. The potential collapse of universities will damage our democracy to its core.

We call on the governing party to take the steps necessary to ensure that the vehicle of state be protected and placed in safe and capable hands. And we join the call for a national convention of stakeholders to begin to reimagine South Africa’s future beyond the unsustainable stresses of the moment.

JOHANNESBURG, South Africa, October 19, 2016 – Yesterday afternoon, van Der Merwe Associates (“VDMA”) notified the Minister of Finance’s attorneys of their client’s (the Oakbay Group of companies) (www.OakbayInvestments.co.za) intention to oppose the application issued under case number 80978/16 on 14 October 2016 – unless the Minister of Finance withdraws the application and tenders costs by this afternoon – Wednesday 19 October.

VDMA’s letter noted that the Minister of Finance’s affidavit implicated its clients in inappropriate and unlawful conduct. The affidavit also insinuated that VDMA’s clients would “expose the fiscus not only to loss of tax revenue but also put the burden of mining rehabilitation on the fiscus.” which VDMA noted was “uncalled for, malicious and nothing but vexatious.”

VDMA’s client disproved this earlier this week with evidence of the transfer of the Optimum Rehabilitation Trust Fund from Standard Bank to Bank of Baroda, which followed a request by Advocate Thuli Madonsela on 4 October 2016.

VDMA advised its client to oppose the Minister of Finance’s application, obtain all the necessary information from the relevant role players and ask for punitive costs order against dismissal of the application.

VDMA’s letter also stated that the Minister of Finance’s letter has been launched with the financial resources of the tax payer. VDMA’s client does not dispute that Minister of Finance’s is not by law compelled or obliged to intervene in the relationship between VDMA’s clients and the commercial banks. However, VDMA noted that to spend tax payers’ money in “a reckless and inappropriate manner” would constitute a contravention of the provisions of the Public Management Act, No.1 of 1999 – which would warrant “further action against those officials responsible for same.”

VDMA reiterated that the purpose of its letter was to offer the Minister of Finance the opportunity to save taxpayers money.

VDMA also noted that its clients “would like” to put their formal version before court since the Minister of Finance has chosen that forum, so if the application is not withdrawn then “the matter must proceed and we will gladly do the necessary in order to restore the misrepresentation created by the papers.”

VDMA concluded its letter by noting that the Minister of Finance had made “defamatory and untrue remarks towards members of the Gupta Family by insinuating that they have been involved in inappropriate conduct” and that “their rights remain strictly reserved.”

This morning, attorneys for the Minister of Finance declined the offer to withdraw the application and tender COSTs. 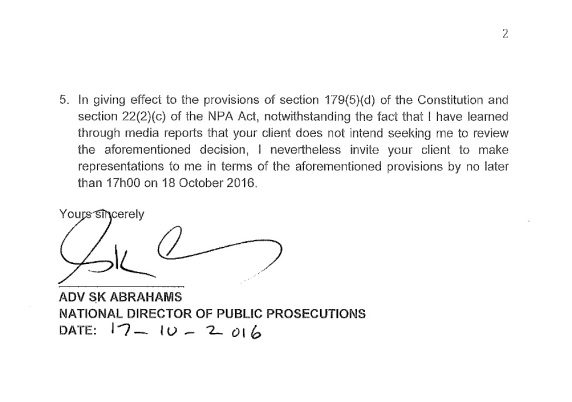 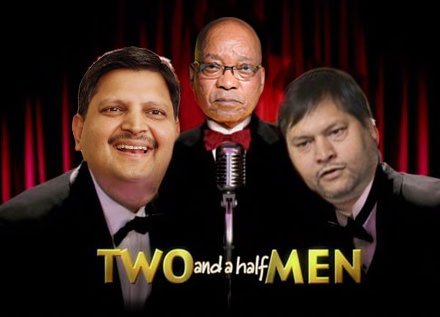 “South African President Jacob Zuma has asked the courts to prevent the release of the findings of a probe into alleged political interference. Public Protector Thuli Madonsela is expected to announce her preliminary findings from an investigation into the Guptas, a controversial family with close ties to Zuma. They’re accused of using their relationship with the president to influence Cabinet appointments. Madonsela’s report can’t be released until the court has ruled on Zuma’s request. Many locals have expressed their disappointment with the president’s actions, saying the interdict is suspicious” (CCTV Africa, 2016)