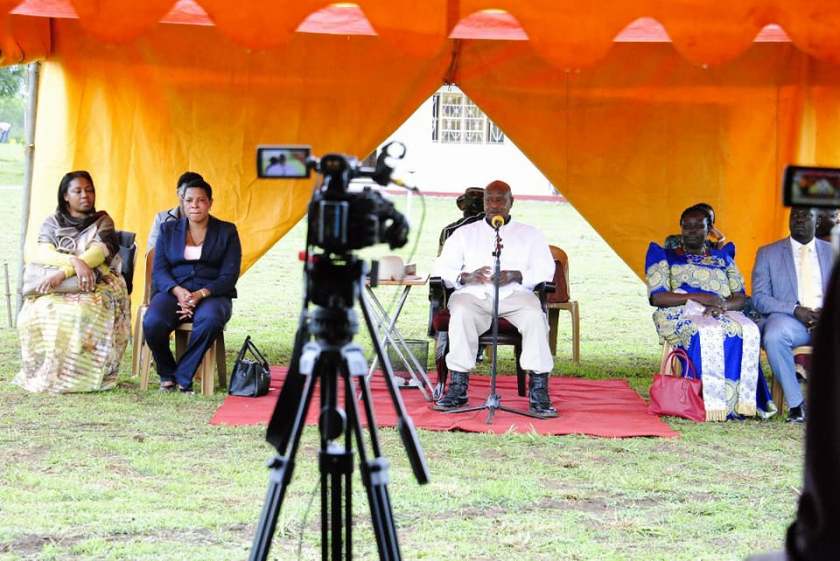 “You budget for it. Have like one hour of abusing Museveni and then spend the other hours giving news and educating people. It’s also a problem of RDCs; they are turning out to be to not such a useful group” – Yoweri Kaguta Museveni in Lango Sub-Region on the 25th April 2018.

It was through the Local Government Act 1997, the Residential District Commissioners became a thing. Where the specification for their role is set, as they are appointed person with their duties in the districts. The law is saying, that the person is not only representing the President in the District, but also monitoring the District Chairman. Help to coordinate the district administration, advice the chairperson, if this is plans and programs, also inspect local government works. Therefore, the perimeter of the workload is put in that. Other than notify other government leaders and make sure the reports from the district. Then the works of the RDC isn’t put in stone. Not if this the final law and the one that is making the reason for the appointments of the RDCs.

“President Yoweri Museveni blasts Resident district commissioners (RDC’s) saying they are becoming irrelevant. The president who is yet to meet District leaders from Lango sub region said RDC are not doing enough to implement gov’t plans as he tasked the technical staffs in the Army to explain the gap in operation wealth creation in the region” (NBS Television, 25.04.2018).

Therefore, I have to beg President Museveni a favor, if they are becoming an irrelevant group in the district. Then, it is time to amend the Local Government Act of 1997. That was a law made 11 years after the takeover in 1986. If not, he do one thing more, but first his own self-praise of the law back-in-day.

What is interesting that you said this on the 10th October 1998:

“For the first time in our electoral history many losers admitted defeat outright and congratulated those who had defeated them. In the past only victory was admissible. Admission of defeat was a giant step forward in the internalisation of the norms of democracy. With the election of local governments, devolution has truly come of its own. I appeal to all the elected local government and the district civil service officials to study and internalise the Local Government Act 1997. The wheels of local governance will move much move smoothly and quickly if those in charge are well acquainted with the law governing local governments” (Yoweri Kaguta Museveni – ‘Museveni outlines achievements’ 10.10.1998).

This is just two decades ago! When he told that everyone shou read and understand the law. The law of 1997, that perfectly states this part, which I will quote. That the RDCs can: “(e) carry out such other functions as may be assigned by the President or prescribed by Parliament” (Local Government Act, 1997). So if, the President see the RDCs are irrelevant, then he have to assign them differently. Something he has power to and the law also states. That is if the President remembers the law he signed 21 years ago.

If, the President sees it fit, he can assign other tasks than monitoring, inspect and advice District Chairman and Government programs in the district. That is very vague… so the steps of the works of the RDCs are to less extent, except if they have a lot of notifications to the Auditor General, Inspector General and the other Ministries to comply with Government Policy.

It isn’t that hard, if the President sees it fit, he can send a letter to all RDCs and assign them new tasks. If that is working directly with SACCO’s Operation Wealth Creations, Universal Primary Education or even just the Police Force’s Fika Salama campaign. All he have to do, is to write that letter or order a decree. Then they have to comply with the assignment.

I thought that the President didn’t care about and only hired empty suits, the long arm of cronyism and make sure the patronage got enough slots, that was why the President had appointed these people. Because their role and lawful position in government is vague. Therefore, he got one thing to do. Assign them more tasks. Peace.