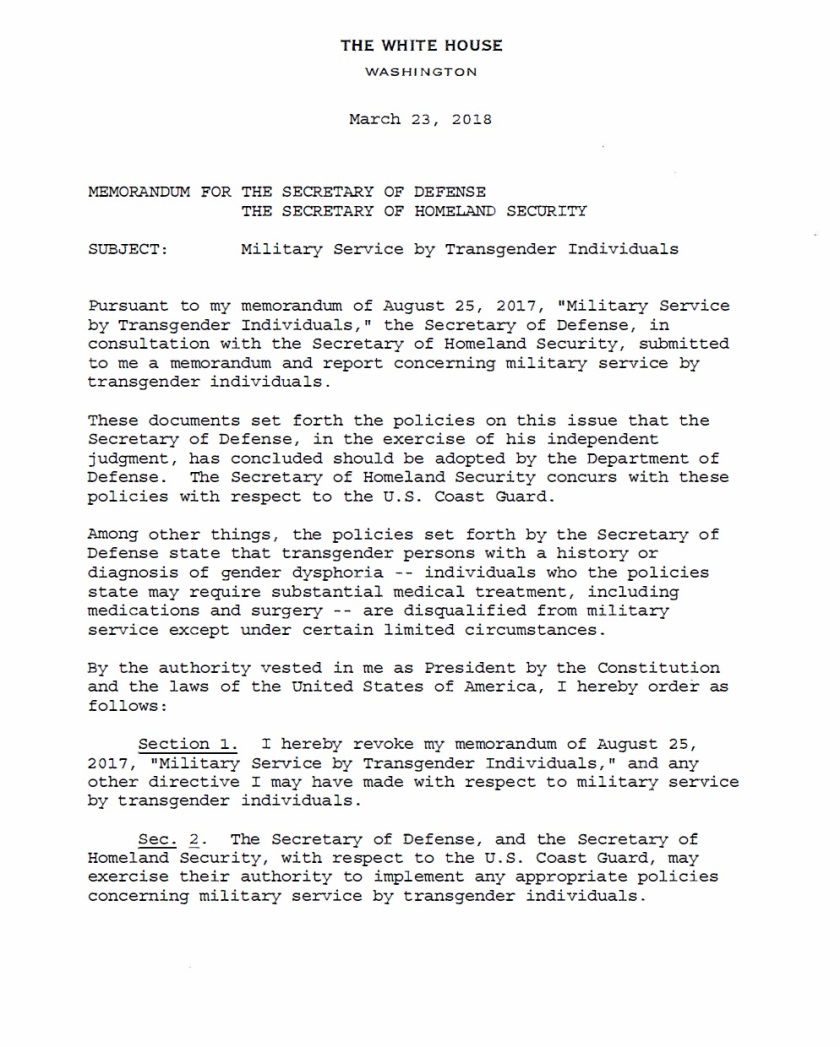 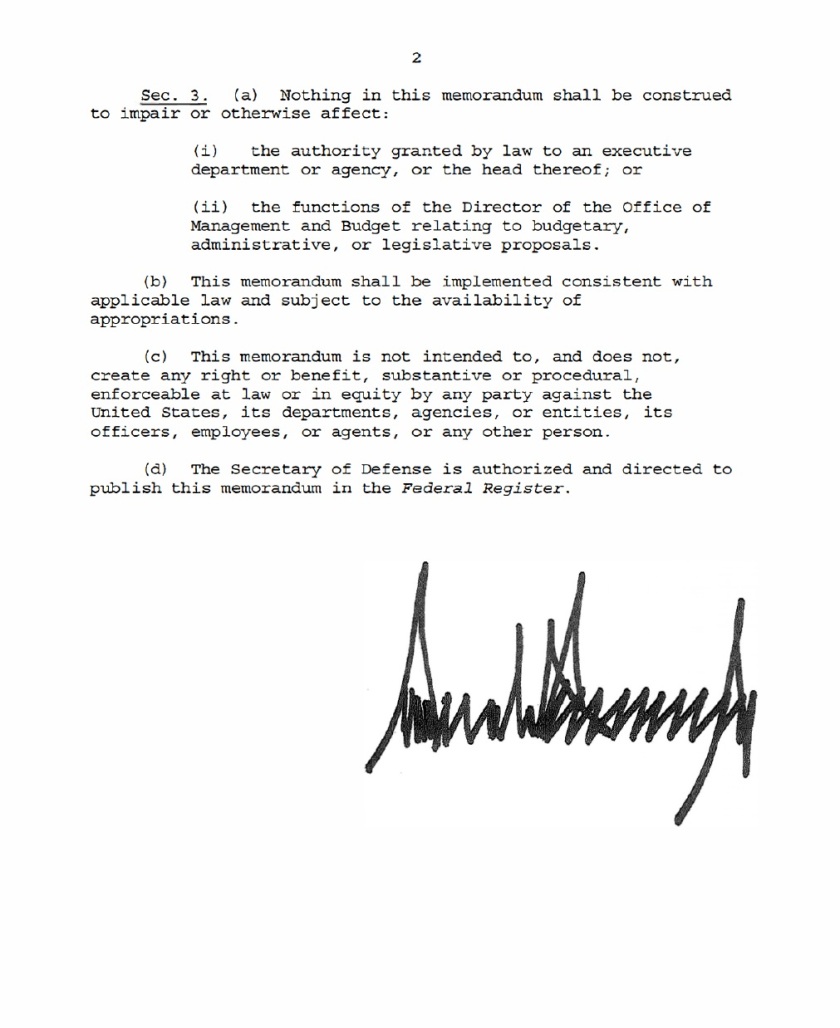 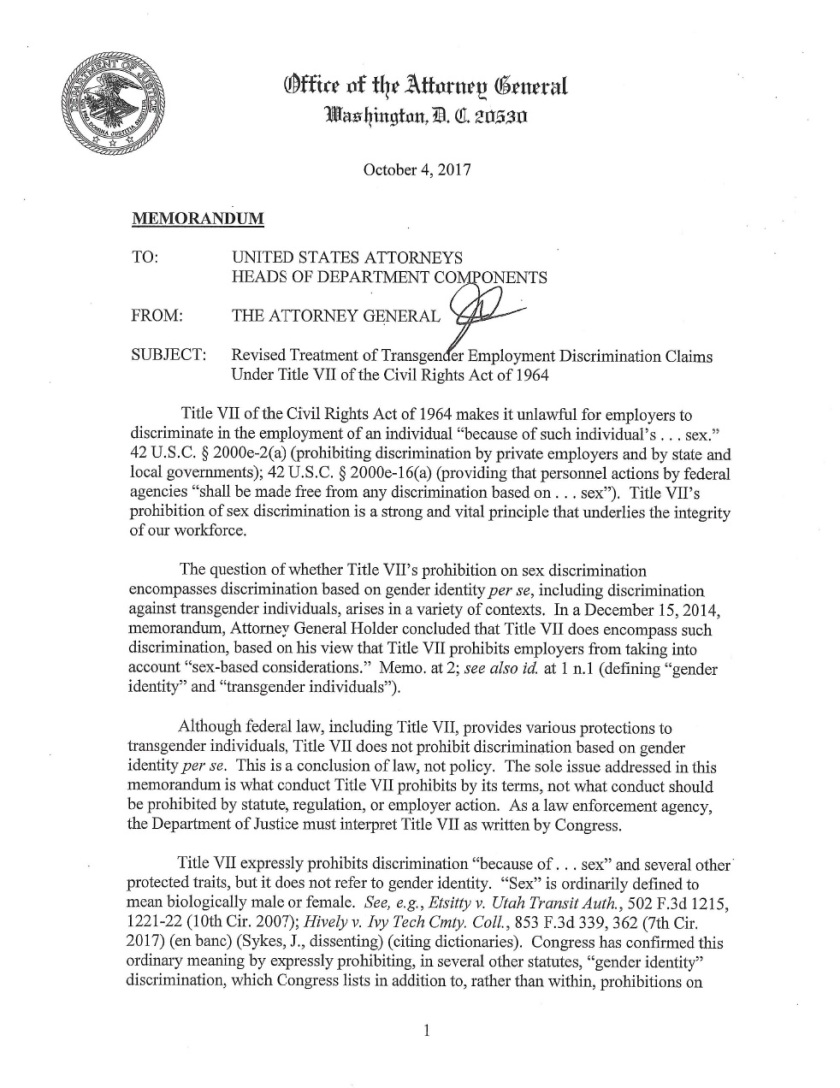 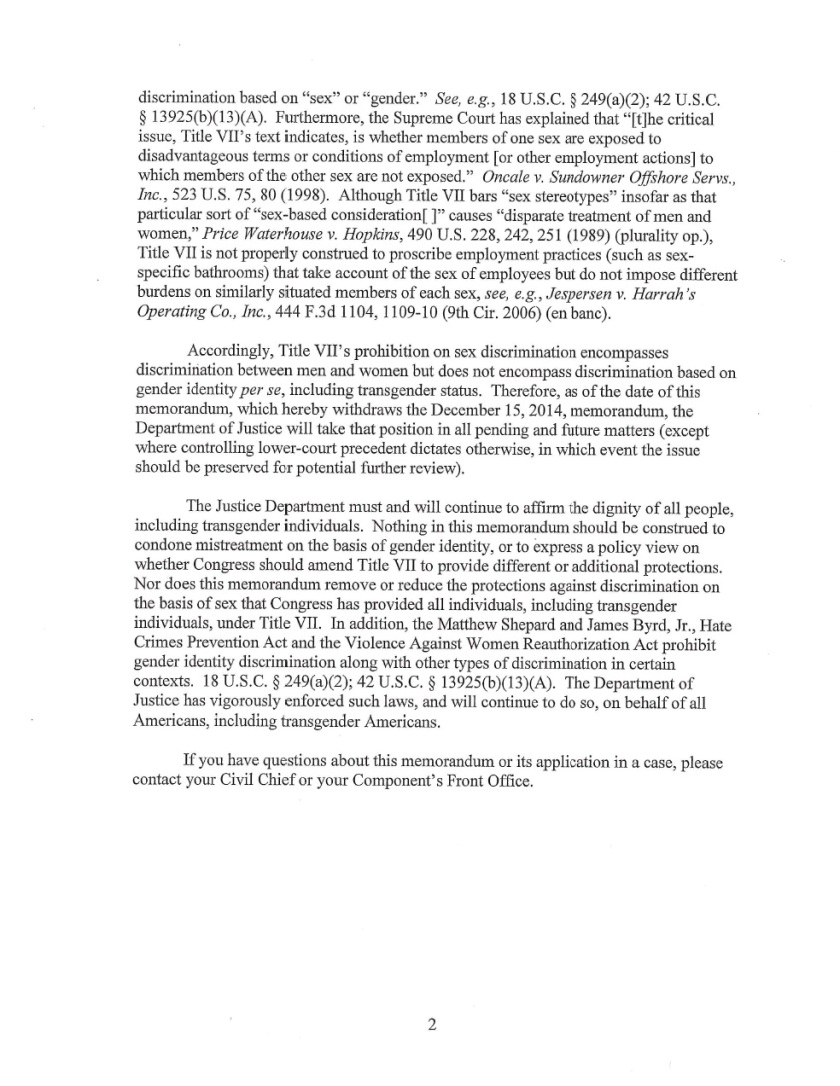 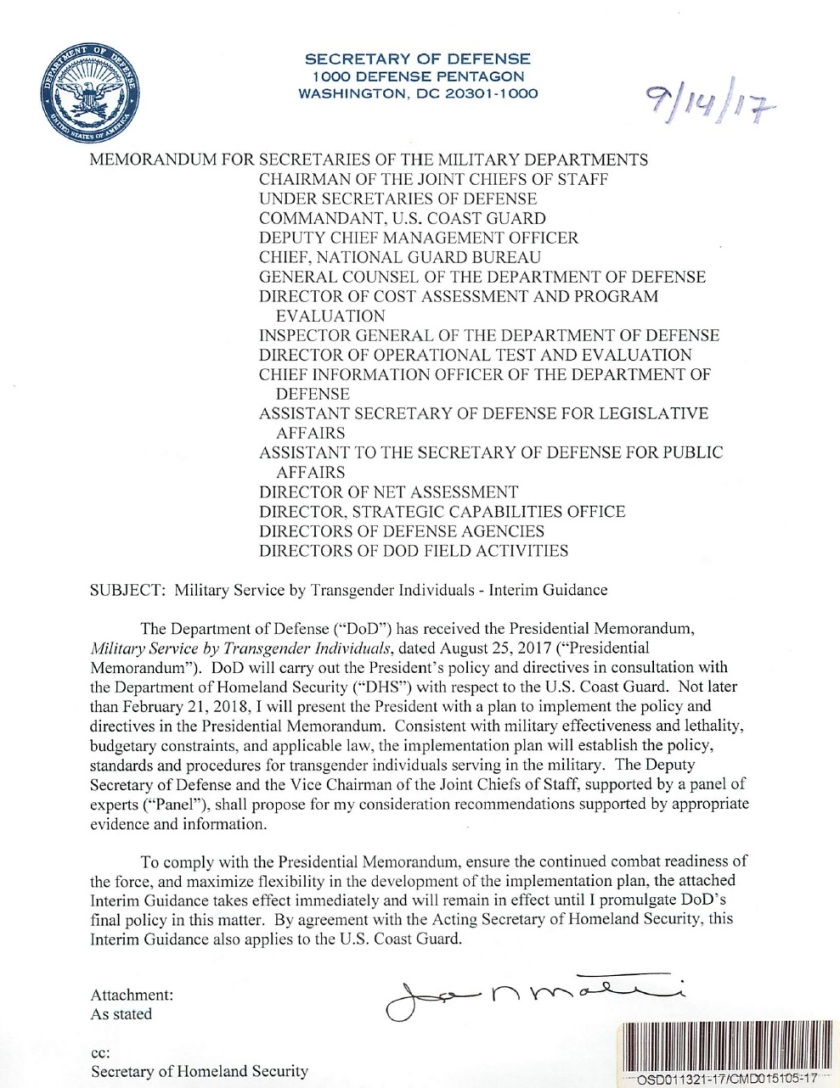 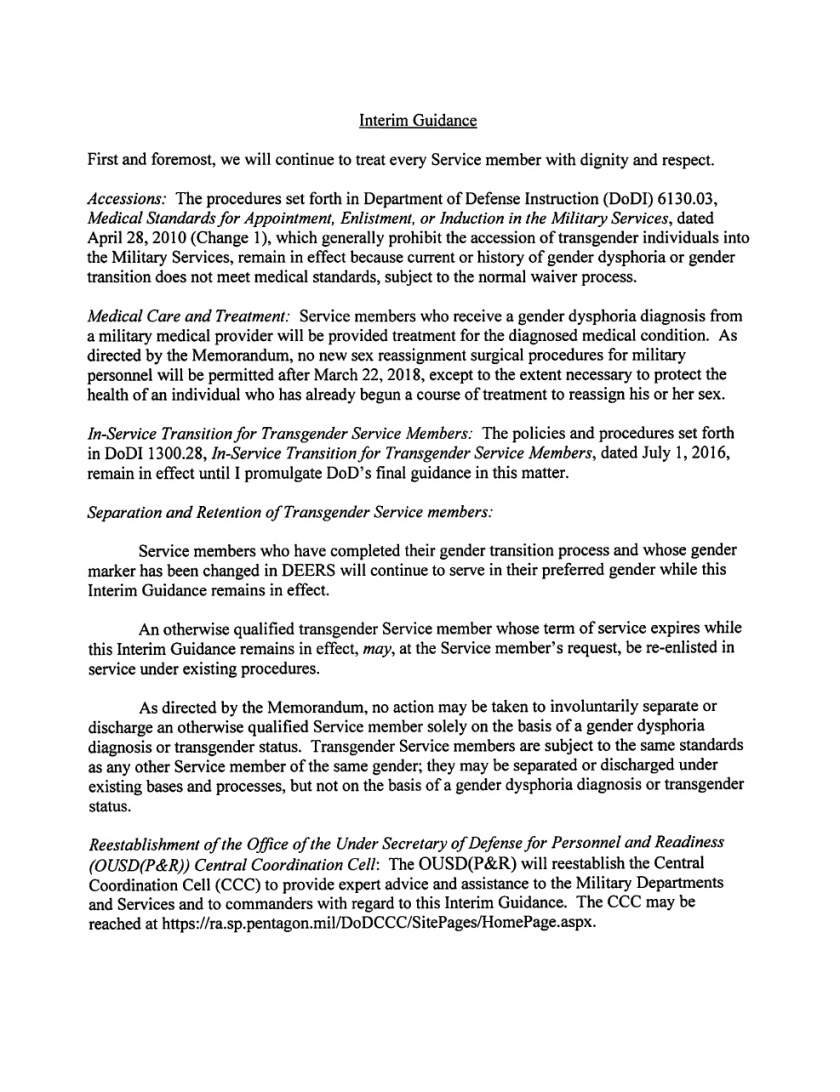 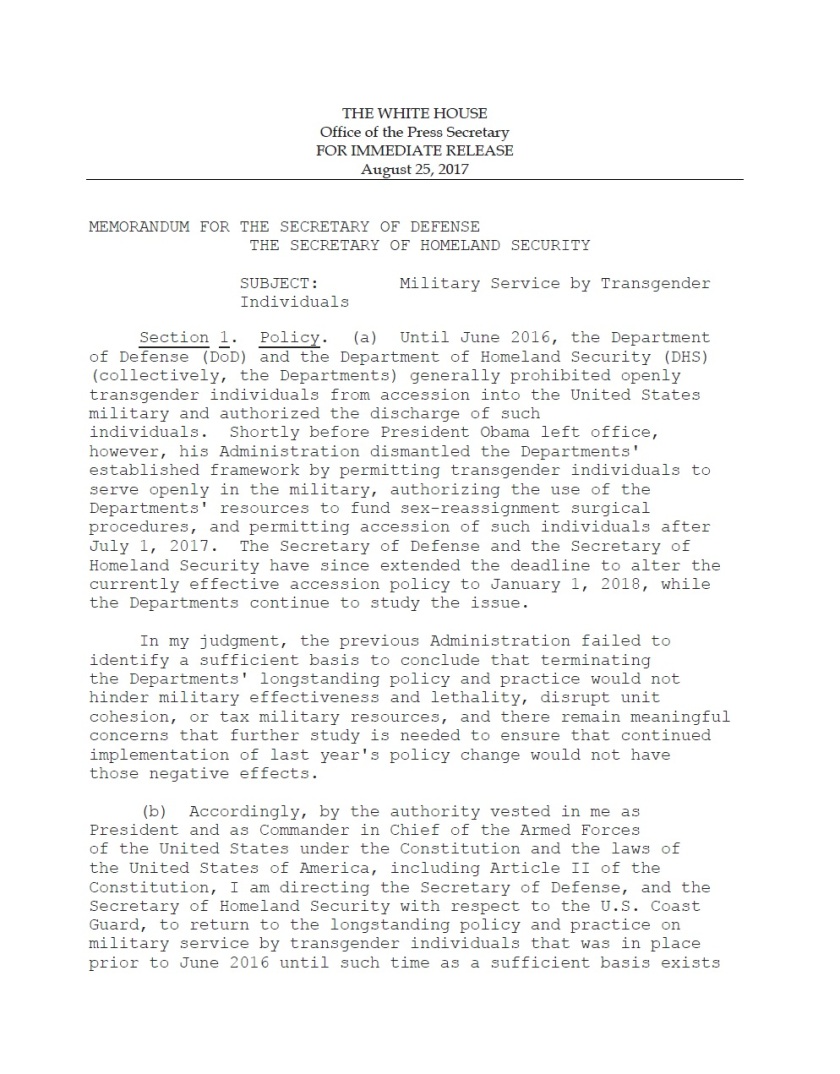 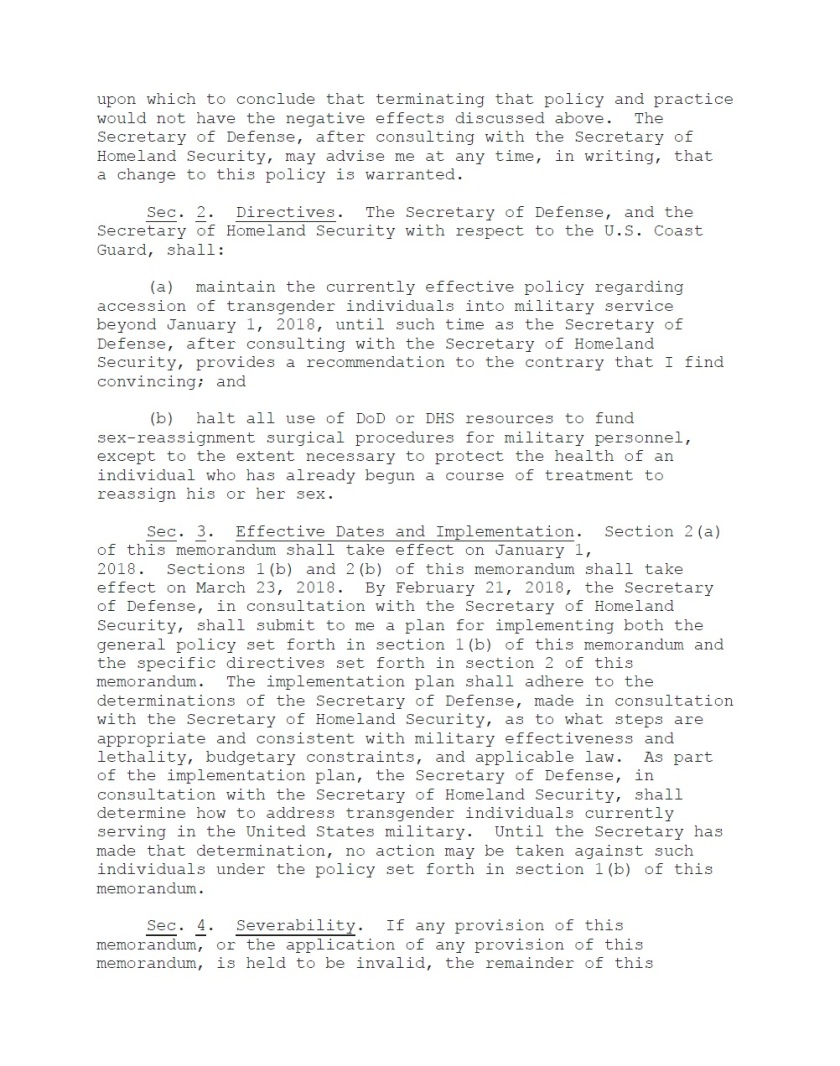 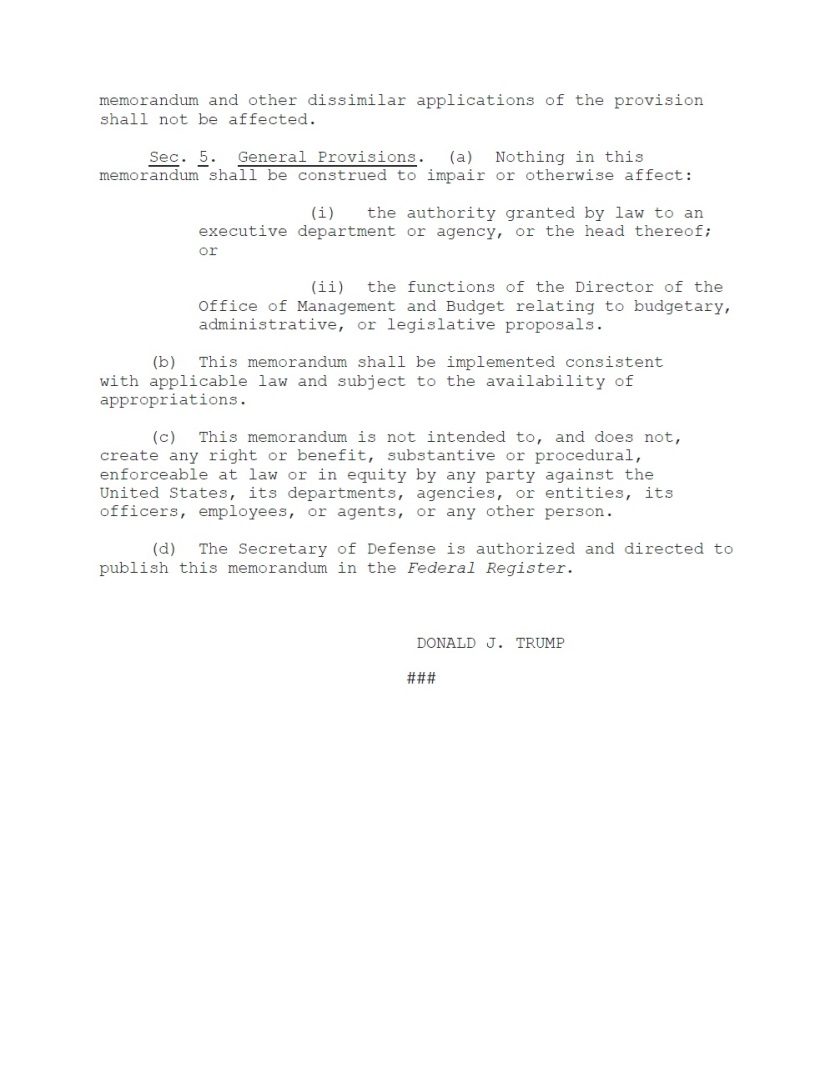 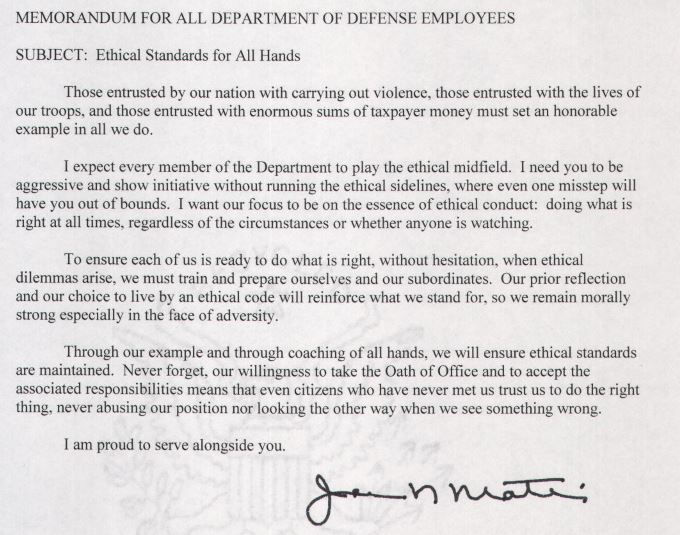 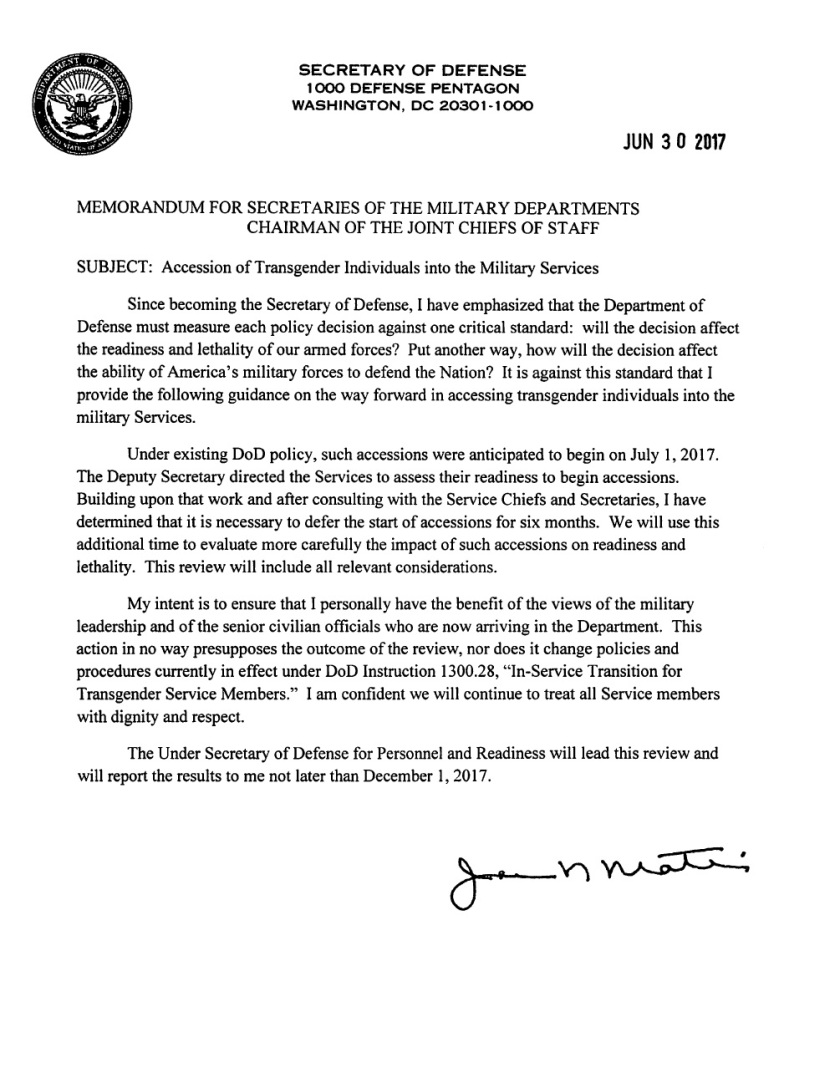 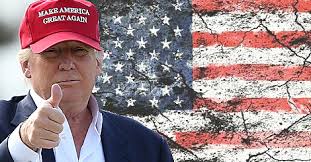 There are these days when I wonder when people will see what I see, as I see a fraudster, a liar and charlatan who has used his name to trade on misfortune of American citizens, both in Businesses and now in Politics. Now he promises jobs and tighter borders, giant walls and more xenophobia and fear of the ones migrating to the American Nation. That is the state of affairs that Trump promises; while also glorifying himself as a Demi-God.

That is why he hates to be questioned and even mentioned in a sinister way, even if it is true. As he congratulates himself and believe that killing families creating genocide is the way of making sure the Syrian civil war will be settled. This from the man who imports all kind of crap in his own name, while saying that American business is screwed by the Chinese and Mexicans; as he himself is earning money on branded goods from the same destinations.

So the man who now chosen another controversial VP Mike Pence, the current Governor of Indiana, who has become famous for establishing very harsh regulation on births and rights for abortion in his state, while also in his one-time governorship he even created more controversy with regulating stronger LGBT rights and their freedoms in public spaces as toilets and such, which have already been under-fire in other states. So the man that carries the water and makes sure the hair is straight of Trump has some dark horses in his home-run. The ironic part is that GOP or Republican Party can finally have candidate in Indiana that might beat the Democratic Party nominee in coming election. That should been a consideration while vetting the man behind Trump, but he picks from his guts; not his wits! 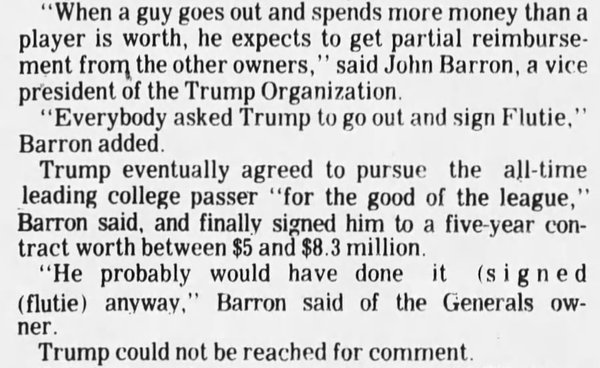 Trump promise the most beautiful and wonderful piece of everything, depending on the crowd and the state, higher lowest-minimum wage or polices for trade. They are shallow words and proving the insecure man that he is. The vain and simplistic, as he still in July 2016, ever since running for over a year, still hasn’t released his Tax-Returns; because he doesn’t have the character to drop his true value or his pocket-change as the reveling truth would show that he is not as rich as he claims or narrowly near the billions that supposed be there. If that we’re so he wouldn’t need to beg Koch brothers or go on ferrying for donor funding instead of campaigning in swing-states!

The whole ordeal, the whole empty pledges the smearing and rubbish throwing against both opponents in own party and everybody else in general; while praising dictators like Gaddafi, Kim Yung-Un and Vladimir Putin; claiming that America Nation and Economics is in shambles, blaming media for being biased while speaking like Fox News anchor on steroids. He could be dancing over the Media’s, that have been banned from following the campaign trail; which means a dozen media-houses for writing what he would call spiteful articles or portrait on screen.

So for me as European it is weird that he is even considered, with his track-record and scams are getting away from becoming a Nominee in General Party towards a General Election, while he has the balls to pick a VP that is Midwestern prototype of himself, just more clean and speaks the ordinary coded political language, instead of the bashing guts without any common knowledge the Donald!

But this is just my two-cents and I have described the man before, as Paul Manafort who got Corey Lewandowski fired and traded space to speak astonishingly about the efforts of Trump. Manafort is the key player in the Campaign Team behind Trump, he must know it’s a fools race right now and therefore taking his bet behind a narcissist who has no quarrels except for his own gains. So the real political place of the man is like balancing a donut over a tornado. The one day he might be Pro Trade-Zones and the next day lenient taxes instead to gain business.

So the pledges and promises are as shallow of the character of Trump, the fake and weak-tea that he offers shouldn’t be taken for the gold-covered label he uses on his company and walls of his Twinkie-Tower in the Rotten Apple. We can surely know that the America that we heard about as kids is gone, like wave it will come and go apparently. The land of liberty and equality must been torn to pieces to accept the candidature of a man of this stature. The land of tolerance and melting-pot must be drowned in redneck bashing KKK nonsense, instead of the Boondocks cartoons and Dave Chappell skits. This must be the reality as ‘Friends’ and ‘Seinfeld’ has stopped making more sitcom episodes, instead some other random crap made by Netflix and HBO.

So the world cannot be same… as the world is seeing the ability and possibility for a candidate like Trump, for a man with the world-view and rhetoric being capable of thrashing both seasoned and ambitions politicians with loyalties inside the Grand Old Party (GOP). Certainly the roses he promises are more old sour croutons instead. Peace. 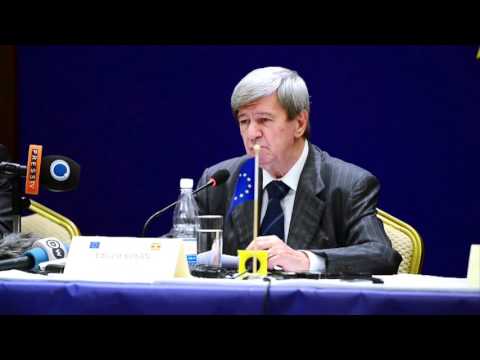 Sometimes I wish I was naïve, blond-dumb and totally stupid. Sometimes I wish I did grasp the movements in politics and was not allergic to bullshit; not that it is shocking that the European Union walking away from Museveni because of ICC statement from Museveni. While they are still wishing to have a cordial cooperation between the Europeans and Ugandan Government, as that what they said today in the Chimps Reports. That was a sad read… and silence hit the room!

The white zombies said this to Ugandan Press:

““In response to press reports, the EU Delegation wishes to put on record that the EU Head of Delegation attended the 12 May inauguration of H.E. President Yoweri Kaguta Museveni, and was honoured to witness the full swearing-in ceremony with other invited guests” (…)”The EU Head of Delegation left the ceremony after the official swearing-in, due to the observed non-cooperation with the International Criminal Court, and for that reason only” (…)”The EU Delegation takes this opportunity to reaffirm its close partnership with the Government and people of the Republic of Uganda” (Mugume, 2016). 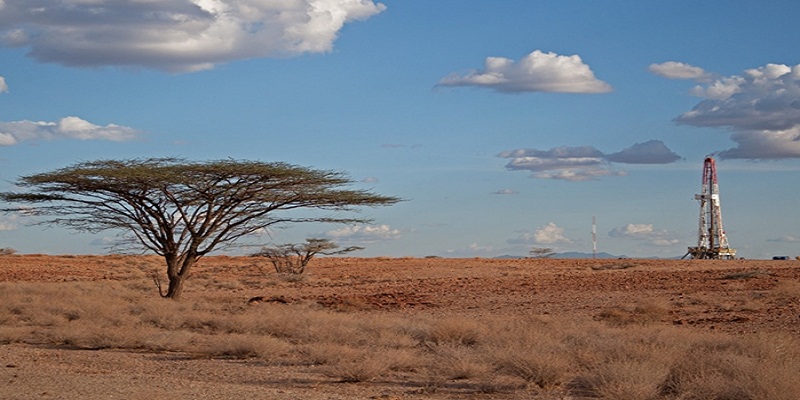 Well, the short term memory of these European diplomates who either works directly for Total E&P who is steady waiting for the suspended case at the International Centre for Settlement and Investment Disputes under the World Bank, as it was suspended recently; latest was that the case was suspended and will be considered again when all parties are savvy and that happens on the 18th August 2016; if not when Hon. What’s His Face is selected by President Museveni to run the Ministry of Energy and Mineral Development. But that is then, and must be the priority of having a cordial relationship with Uganda.

As they have all forgotten what the European Union Election Observers Mission found out and should have shunned the Swearing-In ceremony if any of the words in the report was worth typing: 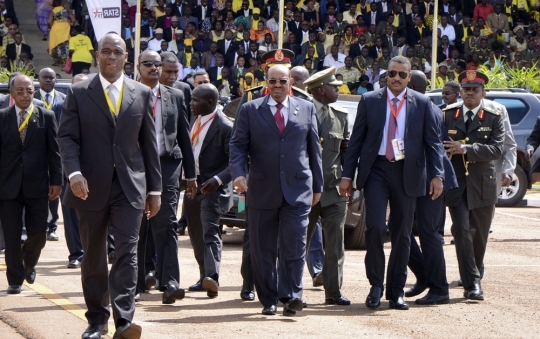 So, the works of Eduardo Kukan seems to be in vain or only done so he could get a Splash and write a report, while the European Diplomates could go back to busy as normal, only with scrutiny of the ICC comment and trying to leave the election behind. As they now are wanting to this and forgetting their own credible and just had an election that falls short of international principles for holding genuine democratic elections; but that is not important for the European diplomates, because February 2016, is so far away from May 2016. It’s like a life-time in European time and in diplomatic pressure time, as it is such a fuzz to ask for justice and credible elections when you are a donor country and giving aid to the Government of Uganda. It is like President Museveni is right, foreign diplomates and Western diplomates doesn’t have heart to really do scrutiny, unless it is LGBTQ or they we’re detaining white journalists.

These White Zombies who are in it to win it, even if faking it to make it or something like that. What the European Union gains at the moment except for being hypocrites and short-term memory and not having any character, other than weak as sass. Soulless bastards from Europe with no swag and honor of fellow brethren and just throwing the works of even other EU personnel who made time and effort to scrutinize the whole affair of an election and you show up, to the man who held not a genuine election and lack of transparency to reaffirm you partnership with that guy. Are you serious, where do you European Union diplomates stand? Either you are dancing on sea-waves smoking some pot in a shisha or your totally dead-inside, henceforth a Zombie diplomat with no character as you are only there for business of the European nations and not to really stand for anything politically. As the walking away is not really doing anything then looking like kids who didn’t get to play with the cool-kids at the birthday-party; so congrats European Diplomates, you have yet again done a splendid job in Uganda. 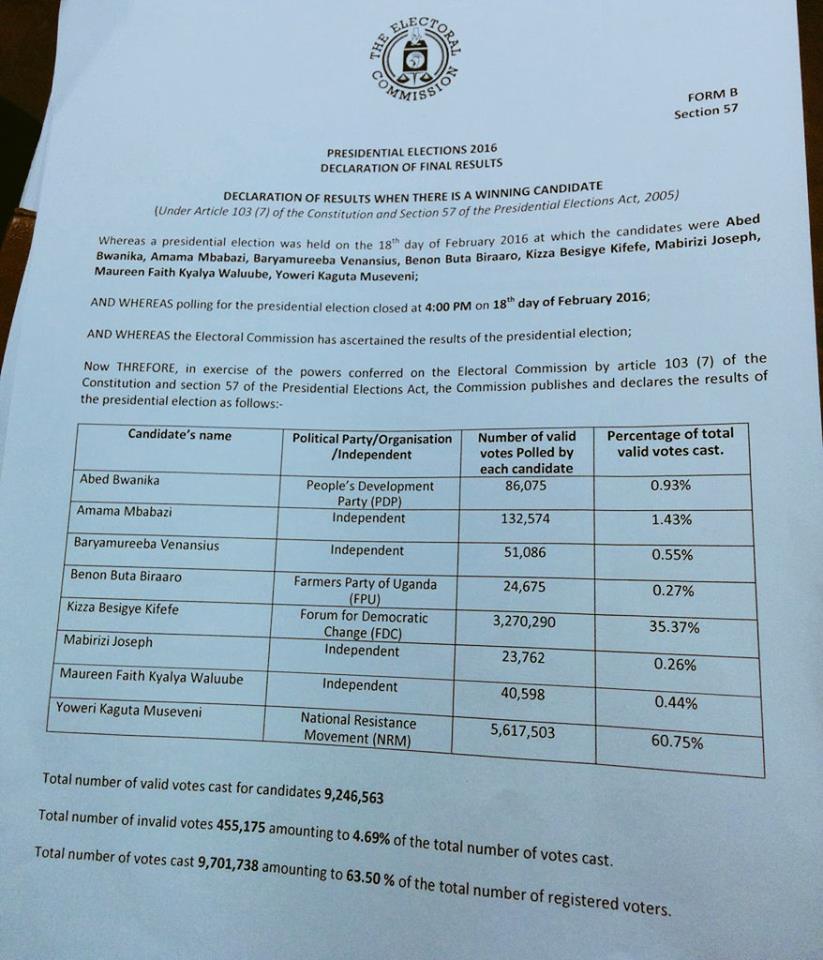 President Museveni of his Seventh Term looks through you, I a pundit shoots you down and others are calling it theatrics and a stunt with no real value; which I hate to say is true as weak tea need a load of sugar to be tolerable to drink. Time for the European Union to either step-on or step-off as they can’t one day say that the Government of Uganda is cheating their elections, then weeks after wanting to reaffirm relationship with that cheating government; that is not real and shows that the EU Diplomates are only empty suits, zombies with no values and could easily be changed with some Boris Johnson assholes or another numbskull from Amsterdam instead of the ones that are parts of the EU Delegation to Uganda. As these men does not care about European Union Election Observers Mission and cares more about certain known values, as they are funding AMISOM and other missions that Ugandan Government carries out, so that EU doesn’t need to send armies to certain areas on the African continent. Why can’t these Zombies just say that, instead of acting so porous and wage, like cracker on the end of the table instead of hard as rock; they could act as men, but that is not diplomatic in the eyes of the European Union, I guess? Peace.