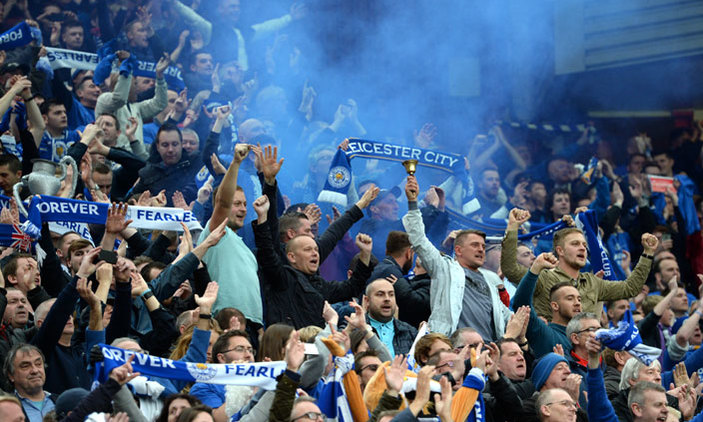 This will be written with emotions and not be accurate as the historic victory of Leicester City Football Club and their title of the Premier League for the season of 2015/2016. Today is two rounds before the end of season and with Chelsea – Tottenham 2-2 on Stamford Bridge. That gave Leicester City a 7 Point over Tottenham Hotspur on the Second Place in the Premier League.

This has been a season of amazement and wonder. Chelsea breaking down in the start of the season, Aston Villa going into shambles and Sunderland and Newcastle continue to fight yet another season to avoid relegation. So the season have had wonders and been different. With West Ham winning on away at bigger clubs. Liverpool have been either great or terrible; Southampton been under the radar, Everton not there yet again. Bournemouth and Watford securing the place in the league early after promotion last season!

But there been one crazy ride in Leicester City and their ways of winning the title. They started with a weird season where they we’re down in the dumps and had a great escape from relegation. They had a fantastic last part where they won and won. It set the stage for this season even with the sacking of Nigel Pearson. Nobody expected much of Claudio Ranieri as he had just been sacked himself from being the Greece National Head Coach after humiliation of losing 1-0 to Faroe Islands in Europe Championship Qualification match in Athens in 2014. Nobody expected after this that he might resurrect something big in Leicester when he arrived as Manager there.

The goals were set and the standard. He didn’t blink Claudio Ranieri had a plan and it wasn’t to reinvent or buy a new squad. First was set to come as quick as possible to the 40 Points so the level of safety and knowledge of knowing that the Premier League status for another season would be secured. In January he celebrated the 40 Points and the secured place in the league. With that he set a new focus on getting 80 points. Something that was set in the January after a extraordinary first months of the league.

Jamie Vardy scored goals in 11 games in row. That is world-record and a Premier League Record. That was already achieved in November 2015. Many months before the title was in the talking. Riyad Mahrez who came from Le Havre and have been sparkling on the midfield has been voted as the Premier League Player of the Year. Nobody expected this two to sparkle and become vital parts of the Season and change the way we saw the results.

As the last few seasons and after Guardiola won titles and Champions League with Barcelona it’s positive with possession and the direct passing style to keep the ball in the team. Leicester City has been playing a counter-attacking running in the empty space between the midfield and defenders of the opposition. And they have one of that with sometimes as little of 20 % of possession. Where the long-balls and the counter-attacking when the teams have been unstructured because of the team have been in attack and therefore stretched. Not enough players on the right side of the Leicester City high-pulse running midfielders and the strikers like Vardy. The same of with the passes and the technic of Kante and Mahrez, not too talk about the speed of Albrighton. 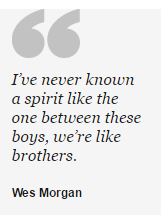 The same with the soundness of the captain in Wes Morgan in the defense as he set the standard of calm even when they been under and had to turn the result in their favour. With him Huth, Fuchs and Simpson have also showed their strength in defense. As Fuchs, Huth and Morgan have stand strong even when the opposing team have pounded and been around the 16 meter box and knocked the ball away with pace and mastery. As they could have been red-carded and created more penalties with bad tackles or loose the line for offside. The Keeper in Kasper Schmeichel has been good the box and even taken brave steps when the defensive line has cracked.

So the achievement have been totally mind blowing as the big teams who has spent fortunes on players and salaries are beaten by a club who builds a team and not on already famous players, even outcasts from Manchester United in Drinkwater. Together with Albrighton from Aston Villa, Danny Simpson from Newcastle and the list goes on to their former clubs and their sudden victories approach. Only Huth have won with Chelsea, but not as a fixed part of the 11 players that season, but more as a substitute.

The whole management and the club have achieved something that people like me only achieved on Football Manager or the older versions of Championship Manager. This is like we are managing to come to Champions League with Northampton on the CM 2000/01. It feels like this today. And the Leicester City and all the ones who made it happen can be proud. All the players and the fans can celebrate. I have looked and wondered. It’s been a streak and amazement of the results created by the club. 2015/2016 has made history.

The management, the owners and the players can all be celebrating and congratulation on your first and hopefully not your last Premier League Championship title. Leicester City has waited 132 years, and now has the title and the silverware in their club cabinet. It is well deserved. Also good to know that Jose Mourinho (Chelsea), Louis Van Gaal (Manchester United) or other serial-winners who uses all kind of tactics and ploys to win while being managers of wealthy clubs didn’t hitch the title away from Leicester this year.

So congrats to all the Foxes, sorry you are Champions and also staying up! We are proud of you and all the football-fans world-wide are happy for you. Even the Tottenham Hotspurs Fans will celebrate with you, but with some shed tears as they we’re so close. Still, the story is all on you and you have made a story that will be remembered. The Team that have been made and kept in the calm hands of Claudio Ranieri proves that the little underdog can overcome the giants who spend £100m pounds in transfers. Something that Leicester City hasn’t done. So again congratulation and you deserve all the praise and glory as the championship is yours; something nobody, none can take away from you.

It took many years to find the remains of King Richard the Third in Leicester City and it have been reburied in a new grave. As much as the finding of the fallen royalty in Leicester was a surprise, the evident victory and winning Premier League! Congratulation and know that you have made the underdogs, the men and woman who enjoy football for its joy and fun. They enjoys victory as it wasn’t he funding and high transfers, but the initial view of building a team is the wonder that you have done. Peace.