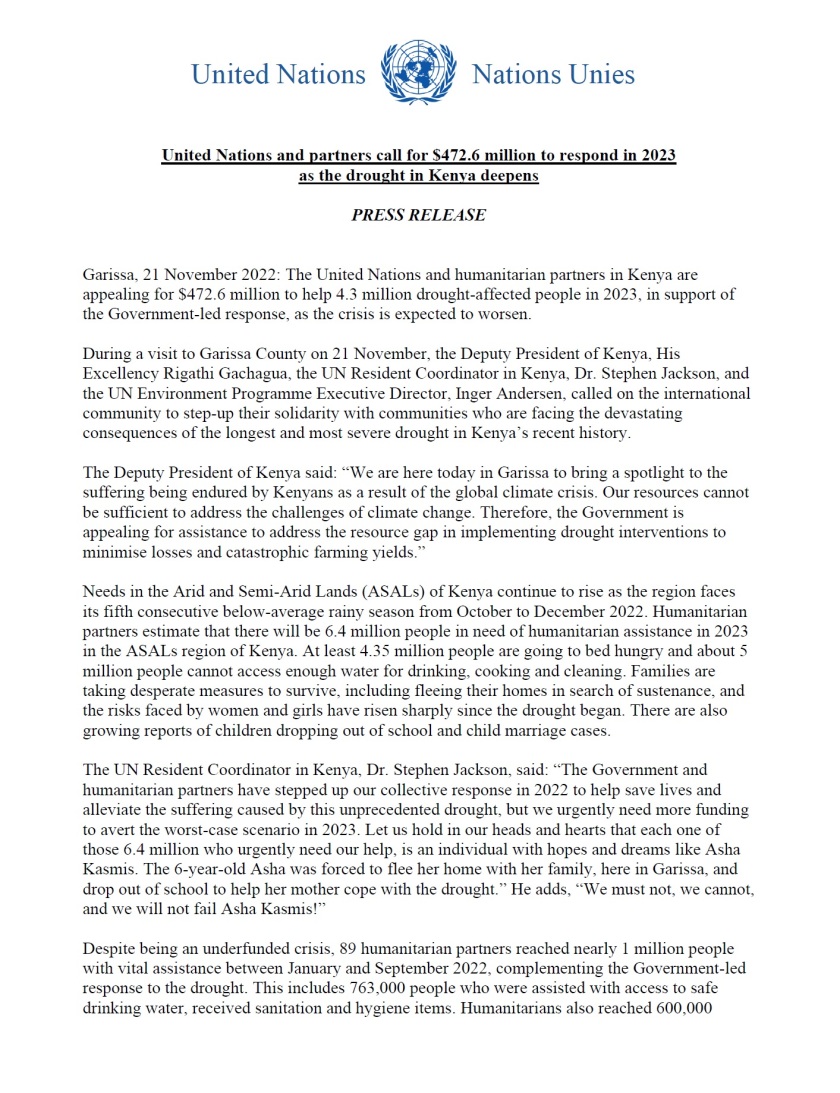 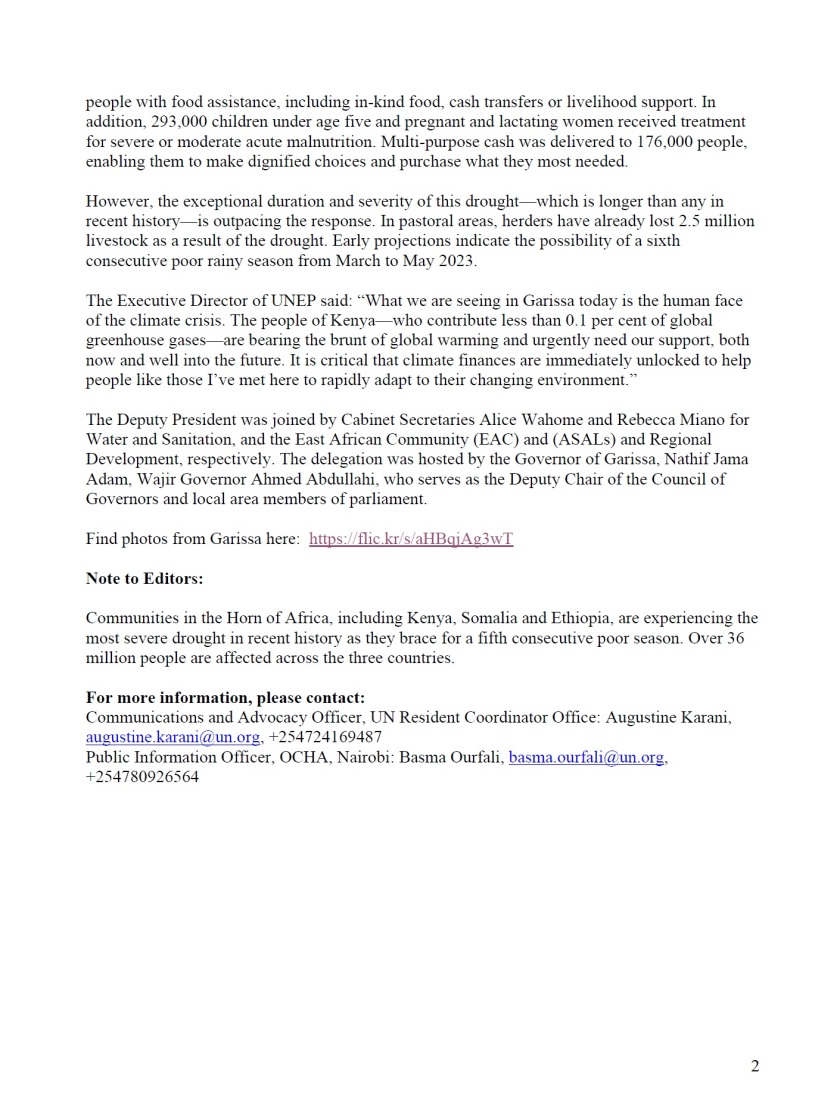 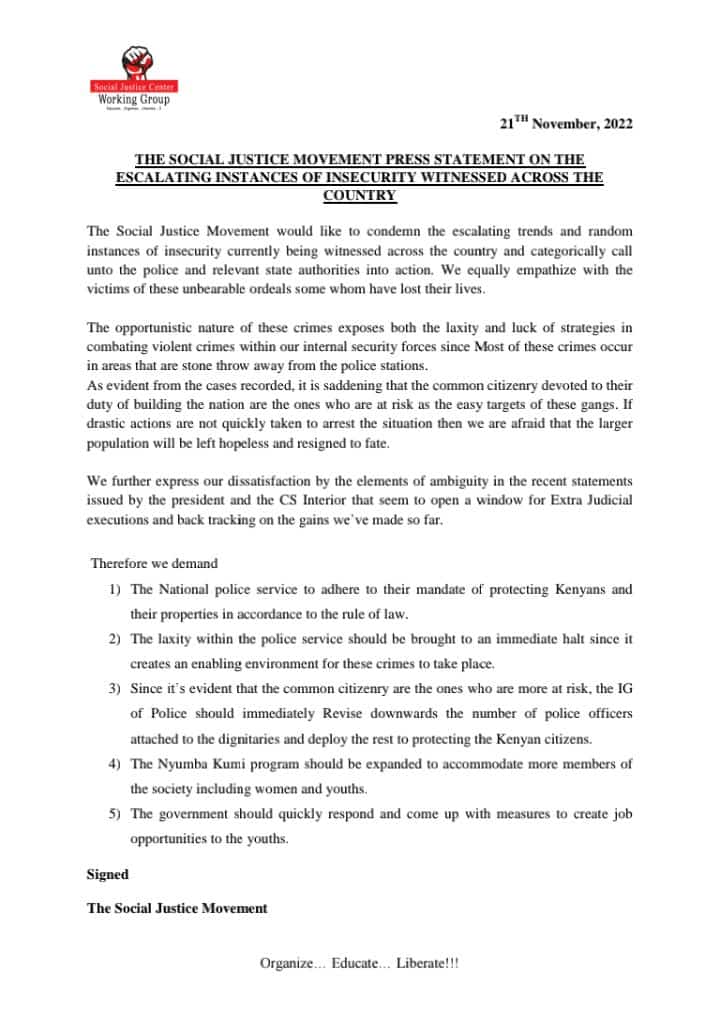 “We want to tell Kenyans that the limit on two terms should be relooked. We want it to be changed to an age limit where when one gets to 75 years then he or she cannot contest. We will come up with an amendment Bill to try to change this because we want the requirement to be on age limit and not terms. If a president is doing a good job, then he or she should not be limited by the terms” – Salah Yakub MP (05.11.2022)

The revelation that Fufi MP Salah Yakub has been very vocal. He is issuing the case of amending the constitution and stop the possible limitations of a presidency. If Salama Yakub MP got his way, a President got rule for life and could be in office until his last breath. That is opening up a can of worms.

When you abolish or amend a constitution to favour the President. You are not doing that for the will of the people. No, that is done to serve the current President. Everywhere that has happened… it is the incumbent who prolongs its reign. The current President is the one who has gained on the merits of the legal ramifications.

If the term limits are abolished. That means the current President don’t have to step down after 2 terms. This means that the Article 142(b) would be amended or be revised. Because that is the case here. In the 2010 Constitution there is no age requirement currently. So, if there was a change of that. It could give leeway to the current President.

The current President, William Ruto is 55 years old and after two terms he would be 65 years old. With the proposal of the MP he would get a possible 4 terms in office. Meaning an additional 2 terms or 10 years in office. That is if his announced and declared the winner in the up-coming elections.

Certainly, the amended constitution would be in favour of Ruto. That’s why an ally is proposing this and saying it now. This is to prepare the public and the national assembly itself. It is sort of making people used to the idea and later come with the legislation. The Kenya Kwanza Alliance has the majority in the House and the Senate. Therefore, a law could be passed like this and no one should be shocked. We know the Azimio MPs and Senators would be against it.

Nevertheless, this sort of idea is to push a life presidency. There is nothing else to it. It is to launch the idea of a President for Life. That’s the gist and that’s the memo. Peace. 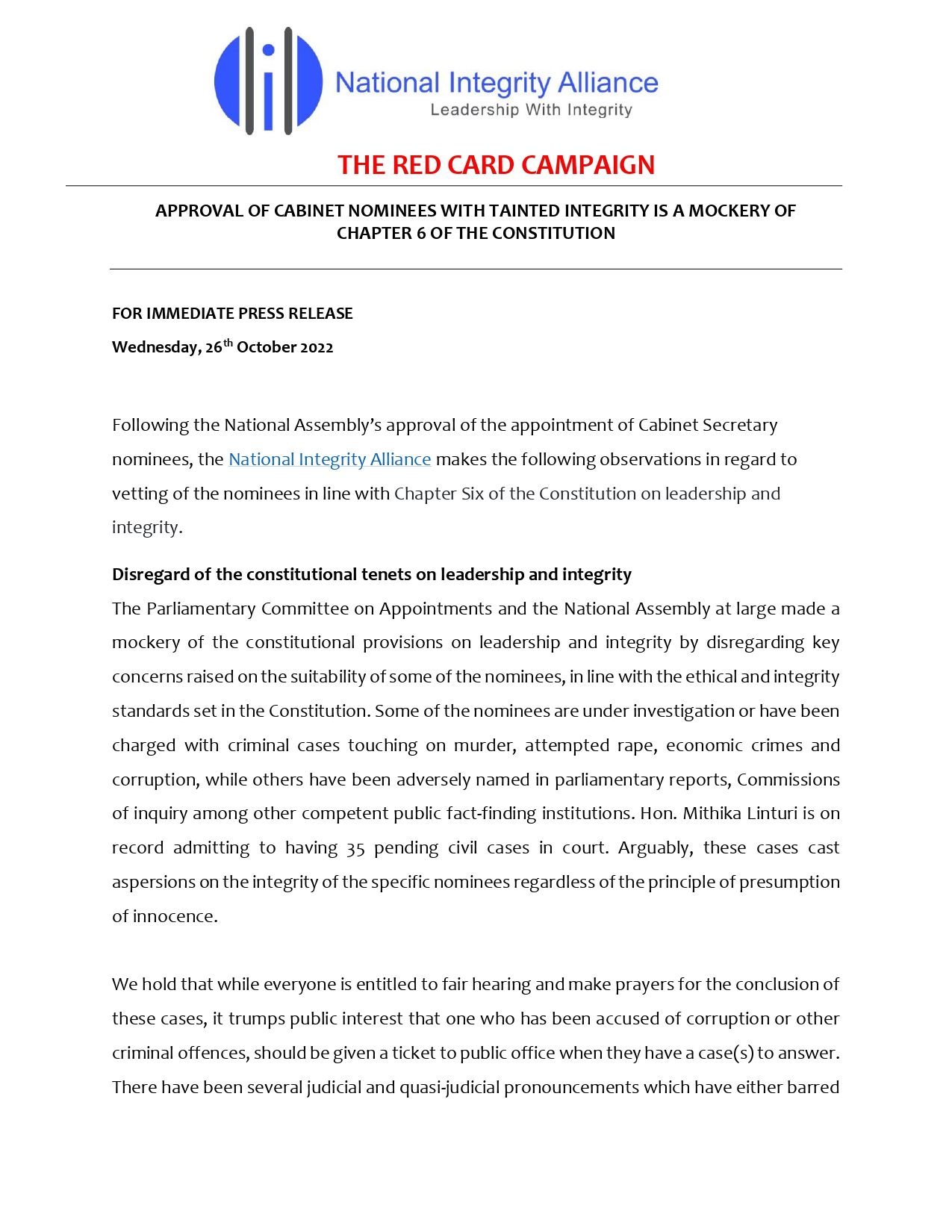 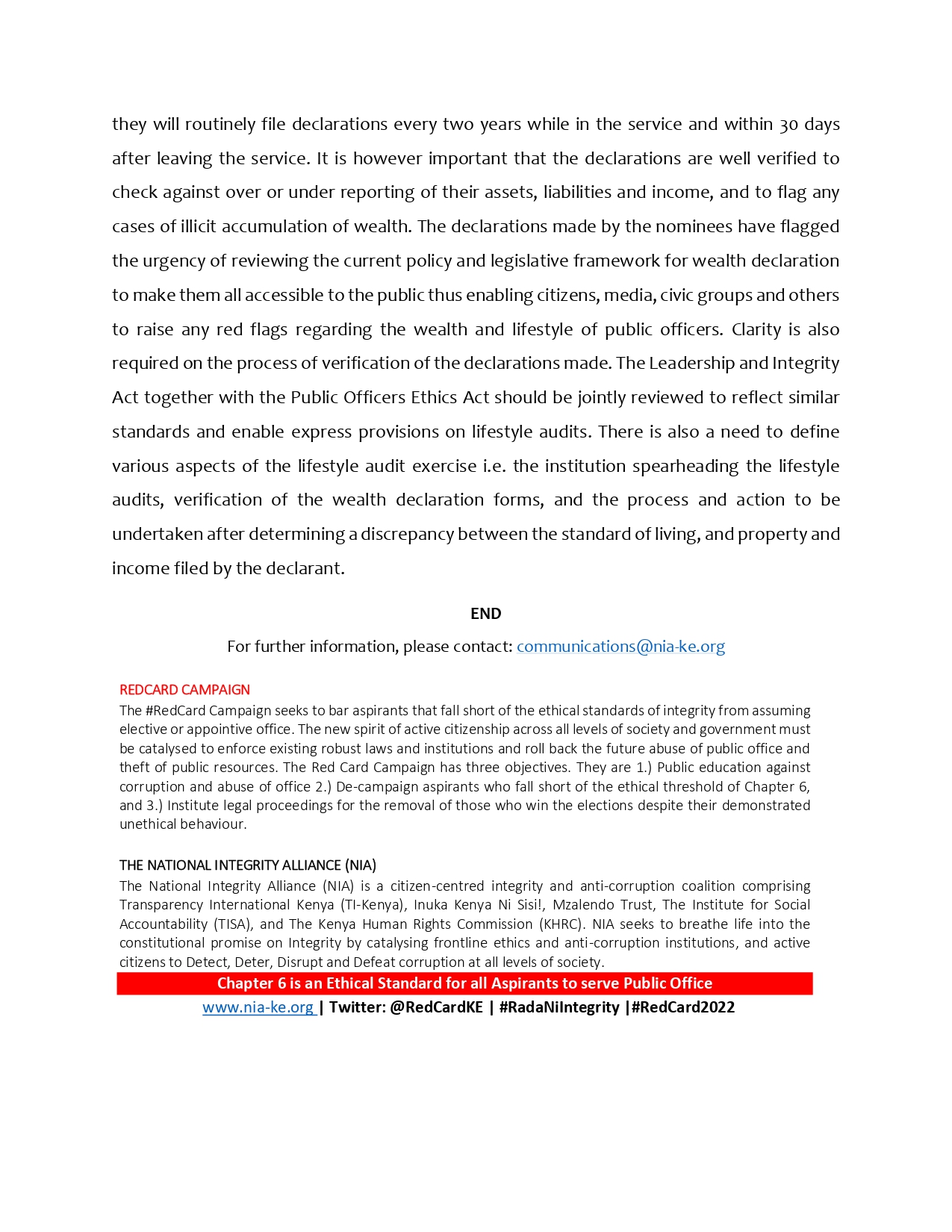 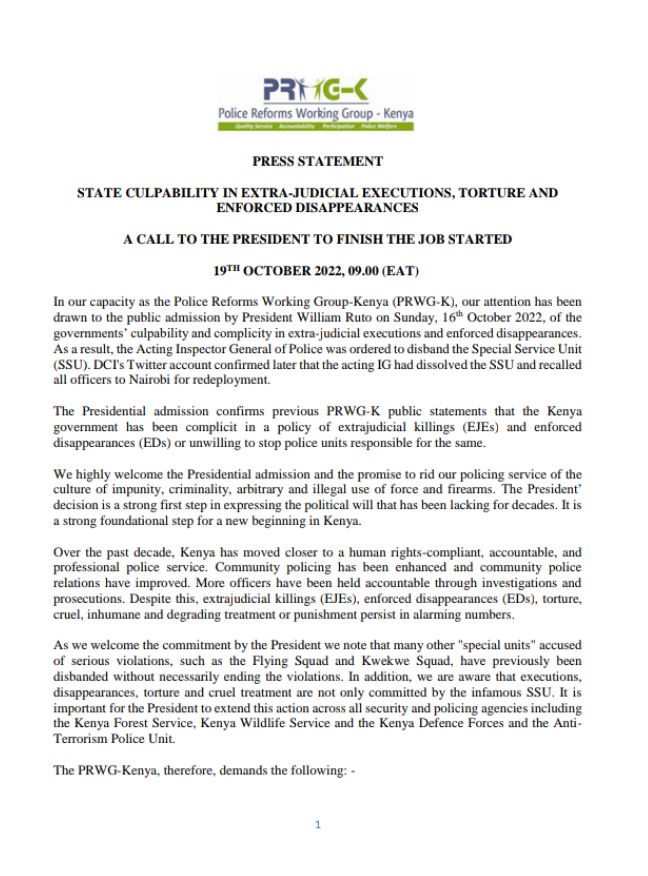 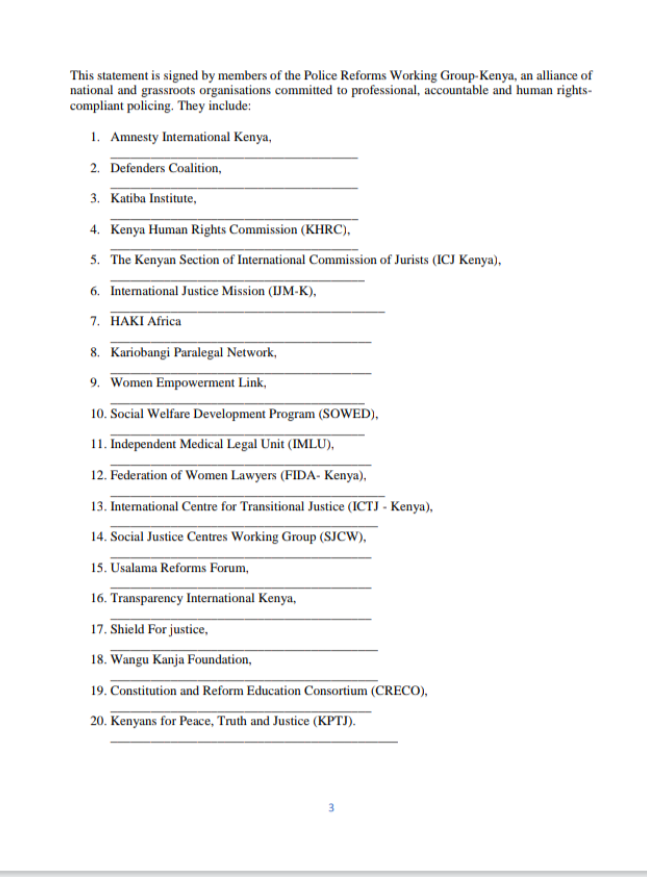 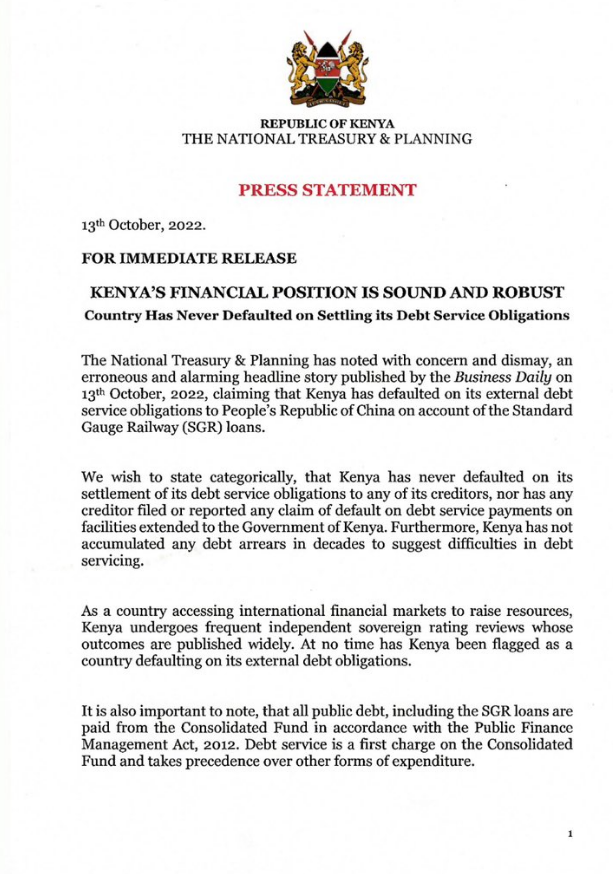 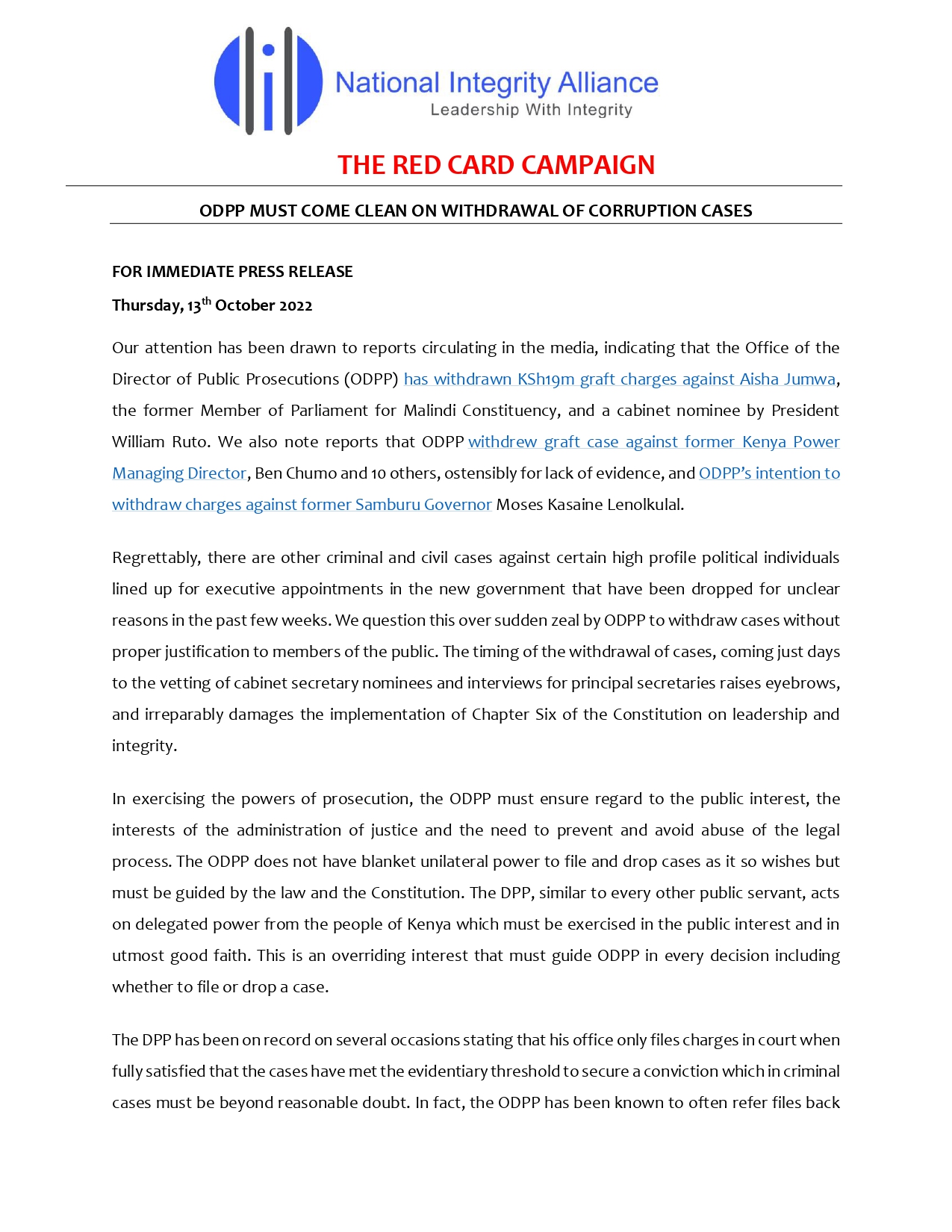 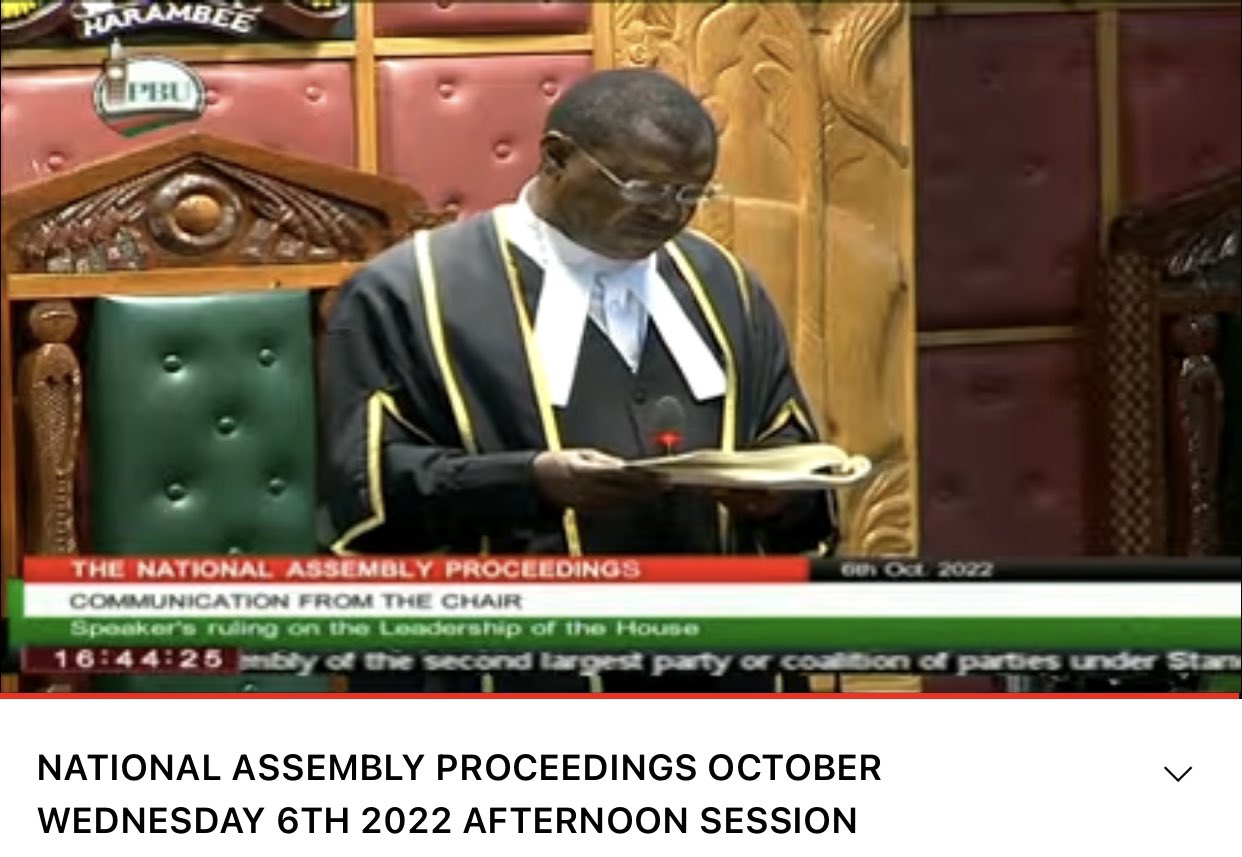 The Azimio la Umoja – One Kenya Alliance must feel the fall. They went into the elections and campaigns with their heads high. It was anticipated to be slow train coming and new reform under the Presidency of Raila Odinga. All of that was a house of cards and been spoilt milk. There is no return and the Azimio has been crushed.

The Kenya Kwanza Alliance has certainly been able to gain the majority in both houses in the National Assembly. This being in the House and in the Senate. While it has a hold of the Judiciary and the Presidency under William Ruto. The tides of security and dynasties seems to be over. The ones who was close to Odinga and Kenyatta has lost out. While the ones who dared to align with Ruto has sway and influence.

That is real change of guards and shows how conning Ruto is. He has ensured the safety and paid-off political parties to give him a majority. There was several of parties which changed alliance the moment he was announced the victor. This together with binding the “independent” MPs has all given him way. That got to sting for Azimio, but we Azimio would have tried to do same. Because, who don’t want a majority and a hold of the National Assembly?

Today, because of the clever wheeler-dealing ways of Ruto. Speaker Moses Wetangula could announce and declare the KKA as the majority. Meaning the Azimio is the official minority in the Parliament. They are the ones who are the opposition and the ones who are not part of the government majority. That’s really a telling sign. It marks an end of the campaigns of the 2022 election season and the beginning of the business of the House.

Wetangula’s announcement has ruffled some feathers, but he has the surety of the technicalities and the numbers to do so. That is hurting the pride of the Azimio who thought the they had come to a feast in the House. However, they are instead being sidelined and caught of guard. It is like they winged the whole enterprise and thought they could just walk in unprepared.

The Speaker has just ensured the gravitas of the parties he represents. His appointment and such will surely be remembered. Not only for this, but for he will operate as Speaker under this Ruto term.

Some states this a revenge for the February 2018 ousting him as the Minority Leader of the Senate, when the NASA coalition removed him with Orange Democratic Movement (ODM) own senator James Orengo. Therefore, Wetangula could hold grudges, but his loyalty is also to KKA, which is the coalition he ran with in the previous election.

The Speaker has returned the favour, but also been able to do so, thanks to the “free-transfers” from Azimio. That’s why the KKA has enough MPs and the numbers to do so. Even if several of the MPs either was initially independent or part of Azimio. However, the KKA has the upper-hand here and the Azimio team lacks a strategy.

The Azimio has done one thing wrong, which its repeating itself with. Azimio looks like it’s running on vibes, but the KKA is well-prepared and has a plan. That plan is executed and makes it easy for the Speaker to announce it.

Wetangula is already showing his resolute ideas and how he will handle his role. As speaker we should expect more like this. However, it is now official that Azimio has been outflanked everywhere it matters since the polls. Peace.