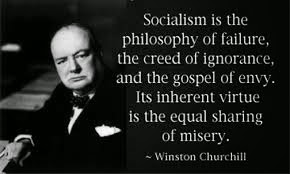 Well, it is about that time, I make mockery of two statues of civilization and ideas that rules the world while not hoping the blindly followers of either comes to attack my person, my thoughts or my widely allegation on the parts. Both of the political views and framework have made a difference and is the reason why we have societies like we have today.

The main parts of socialism is that there is policies and regulations that fit for social and bigger government who cares for the citizens, like subsidized health-care, schools, university, transport and local government. Through taxes and higher fees on produce as the socialism need funding for the ability to make the government organizations and government programs. The Government need more taxes to able to serve the public with what they expect through the socialistic view, while the taxes are set-up in a way that the ones with more income is generating more revenue is supposed to pay more tax; than the ones that are paid less.

So with the big-government and grander government policies comes the address of the public will and citizens loses power, but that for the price of cheaper health-care, schooling and other government institutions. That stops the higher prices and free-market pricing of health care that lets major parts of the society might even be able to pay for the needed operations. So the reasoning and hateful measurement against big-government is wrong in some parts as the people are stronger when we work together and divide the expenditure on the whole society; instead of billing the whole ordeals on the single individual. 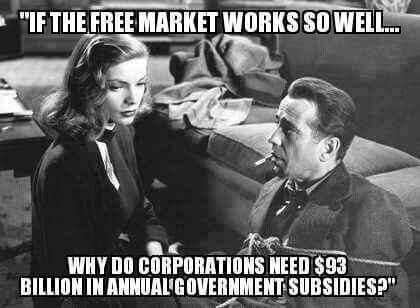 Neo-Liberalism is not as straight forward as this is supposed to be measurement to weaken the state, make it liberal and little. Give more power to person instead of the government and give more choices to the citizens of the given country. The issue is that Neo-Liberalism has come with certain ideas and prospects. For instance the New Public Management (NPM) is a Neo-Liberalistic idea. NPM have given the societies and the government who added these policies more watchmen and ombudsmen then before. They have given the power away from the departments and created institutions under the departments with specialist and experts that sets the standard and gives advice to the department. While the departments still need manpower, so need also the lower-expert-institutions. So you have two fronts with specialist working the same field and advising each other. So before NPM most of the experts and brains where at the Department and Local Government that worked with a given subject or the project that needed a specialist; thanks to NPM they have become self-serving and not cut down the amount of bureaucracies have become fluent. As much as the wish for the NPM as parts of the Neo-Liberalism idea, it hasn’t created less government, but more and longer away from the decision making.

The Neo-Liberalism of free-market and starch corporate control have not given added freedom to the consumer. As the markets are controlled by less and less owners and stakeholders; the corporate power have become stronger, but more centralized in conglomerates that issues the policies and secure the profits. The riches of the corporations and the borderlines agreements are built for the corporations not for the welfare for the citizens. The original businesses we’re built for single projects or for fixed procurement that the state and citizens needed like building roads and bridges. Not gaining profits that sky-rocket and then moves away the tax-money into tax-havens. That is the Neo-liberalism ways of economies. In a way the movement of money should happen without government interference or taxation.

The Neo-Liberalism brought also an idea that was worse than the NPM. That was the Structural Adjustment Program (SAP) under the World Bank and International Monetary Fund (IMF). SAP was made in the 1980s to liberate the subsidized agriculture, health-care and other public institutions as government got great loans through the funding of IMF and WB. So they released the governments and free-market ideas that killed the Co-Op’s in the countries that was already lots of them. They had commissions and centralized crop sales through Co-Ops that served the farmers, either they produces cocoa, coffee or tea. This was a standard of fixing training, production and prices to influx together a stronger unity. The ironies of this is that the IMF and WB gave this order through SAP to Low-Developed Countries while the countries that funded this had Co-Ops in agriculture themselves and still have to this day. So with the SAP they made the inside trading before the export more intricate and gave “supposed” more power to the farmer. Instead they became more reluctant and needed more to be careful to whom they offered their crops to. As the traders from capital who went up-country could fix prices and lie about the values to earn more on the trade to export. So the farmer would not get a given price on the world-market because there we’re less voices giving the farmer a hand in the trade of their cash-crops and their goods that they we’re not consuming themselves. So the SAP agreement stalled the government institutions and weakens them together with the trading experience on the ground. The structures we’re given big loans for building up trade-networks and export facilities while dismantling the structures that secured and fueled the industry and agriculture. As the Agriculture and Industry should not get subsidized, but get funding through free-market ideal and that killed the initial funding as the cheaper production came from abroad instead of making it locally. Therefore it is more normal to Chinese, Egypt and Brazilian products than own local products in the supermarkets of Uganda, for instance. Even meat, juice and toilet-paper are imported than produced in the country. That is because of the SAP and the Neo-Liberalism ideas. 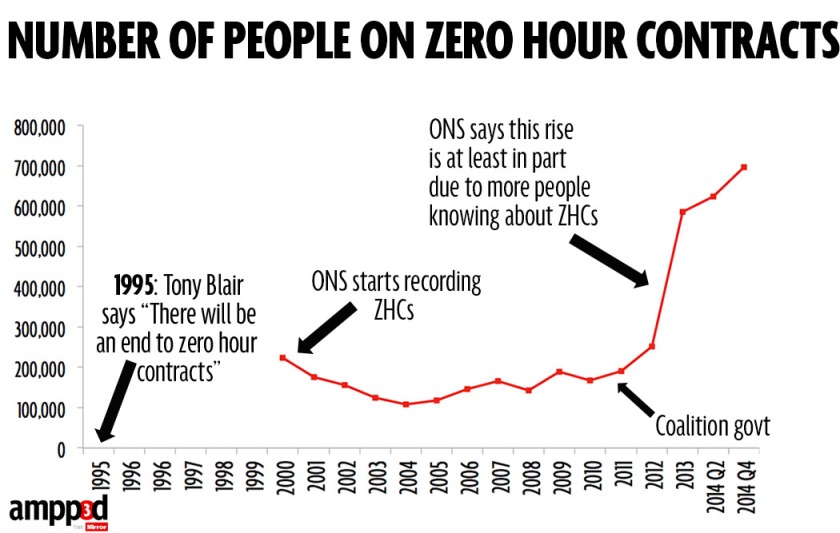 Another important factor of the Neo-Liberalism idea is the abolishing ideas of Workers Unions and trying to ban them. As the Free-Market should fix the pay for the worker and the business it should fix it. That is why there been less strikes and less new Unions in our day. The reason why Unions in our time is important and the socialist idea of them is that the riches of the corporations; does not seem to trickle down to the citizens; it only left back to the stakeholders and owner, not to society or the workers that works for the rich corporations. Settling this is not easy. During the Reagan and Thatcher era tried to kill of the unions for their meddling and dissolve them so to actually centralize power. Instead this killing of mining-unions and other unions in the United Kingdom have weaken the industry and the ability of workers to fix pay while the corporations come with contracts that are good for business, but not good for steady income for proper work. The recent years of cover-ups in Sports Direct that is owned by Newcastle United Mike Ashley that offers their workforce lots of “Zero-Hour Contract”. Zero Hours Contracts work in the way that the employer has more people under their wings without paying extra for them. The Contract gives not benefits or sick-leave. As the Employee is paid by the hours and amount of time they work for the employer and nothing else. So all the benefits is added to the business and none for the worker, who has to fight and bend-over to add hours as the pool of willing workers are there. Even if the Zero-Contracts are bad, the non-Union and not-allowed to unionize work-force cannot go together and fight for their benefits and rights. As the Employer can continue to use and get new workers without having to stand-by them. Sports Direct is just an example of it, there are more business who uses this model and creates massive profits as they don’t have to offer needed benefits or health-care programs to the employees. As Wall-Mart have had low-hourly pay and no health-care benefit while letting their employees sign-up to government funded programs for health-care so that the Wall-Mart employees get little paid and at the same time uses food-stamps and Medicaid instead of Wall-Mart having health-Care benefits. So the business saves the money for salaries and also save the benefits of their employees; this is something you can thank the beautiful neo-liberal ideas.

The difference with the neo-liberalistic ideal of work is that the employee would give sufficient pay and have a contract that benefits the company and the workers. As they would have social responsibility for their workers as they have health benefits through the standard with standard payments of salaries together with state fueled community health care. The Neo-Liberal is that personal pay of the health-care instead of tax-payers money. So the health-care will be opened to the once who can have insurance or ability to pay for it. Instead of funded through the tax-payers pockets as solidarity between all citizens as in the socialist idea. That cannot be seen as a problem for a liberal person, to bring solidarity and also a structured health-care that everybody pays their fees into and when needed pay a small personal fee to get access, instead of footing the whole bill on their own. 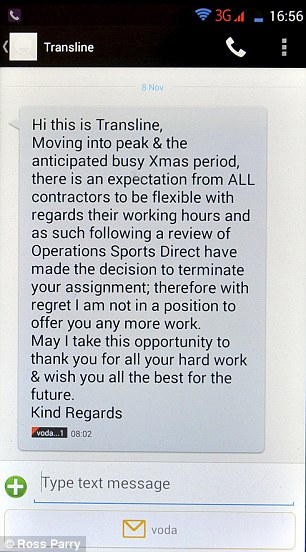 Let me finish this up with the ideals that are ironic on the matter.

All of these is ideals against each other I myself is not a clear socialist, even if I am raised on socialist country in a social-economic balance system. I myself is a clear Keyenist in the way that I believe in free-market and free-society to an extent. That extent is that the governments automatically bails out the necessary institutions and have a hand into the banks and other needed businesses of a society. That the workers are secured and fixed through strong barriers so that the market is made sure that the governments, and also facilitate the marker for the corporations. So that the market will have input from the government as the eruptions is inevitable and needs a structure to control it. 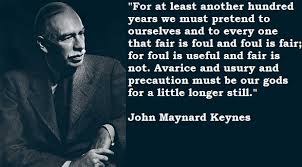 This three main components are basic:

So with that in mind you understand why I am in between of the socialist and the free-market neo-liberalism as the Keynesian ideas that are more subtle and securing society as the mixed of government control and free-market gives sustainable societies. Not only full freedom without security for other than the corporations which is the main mantra of the Neo-Liberalism as the individual freedom usually get used by the legal person the corporations and not coined will by the persons themselves as the belief is under the ideology of liberal ideas. Instead of having total control of the state in the Communism, and strong big-government with socialism; but the Keynesian sees it in middle of that and have a free-market with control of the wages and workers by the government. That gives a steady economy and also a greater stability in the values of inflation and stronger value of the person instead of being a commodity as resources in the free-market thinking of the neo-liberalism that have deteriorated the markets and only winner is the corporations; not the fellow human beings. Peace.