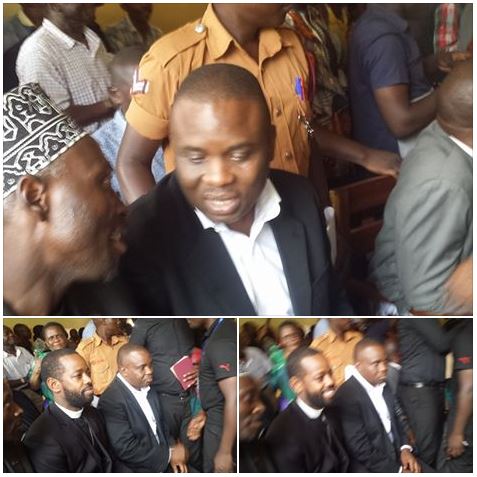 The great news from the Makindye Magistrate Court have finally given a verdict a Non-Cash Bond of 5 Million shillings. So the rumors were wrong even if the ordinary Modus Operandi would be to detain the Fellow FDC Activist.

Asuman Basalirwa said this in court: “The court needs to protect individual rights and prevent lawlessness. This adversely strains their welfare .Its Ironical that the same state who,s motto is For God and My Country is holdings citizens for praying. Bail should not be refused mechanically”.

So there are hope, but if the demonstrations happen tomorrow, don’t be surprised if the same fellows will be back in custody of the Police. Because they will use all force stop the FDC from demonstrating. Therefore they have house-arrested Dr. Kizza Besigye again! Peace.

The Men and Woman who was detained yesterday for attending the FDC Tuesday Prayers are charged with contempt of Court Order. That Court Order is the Interim Order of banning of the Defiance Campaign of 29th April of Deputy Justice Stephen Kavuma. The 29 Activist have deemed themselves not guilty. Amongst them are Dr. Stella Nyanzi, Lord Mayor Erias Lukwago and Pastor Happy David Ngabo.

Here is the charge paper: 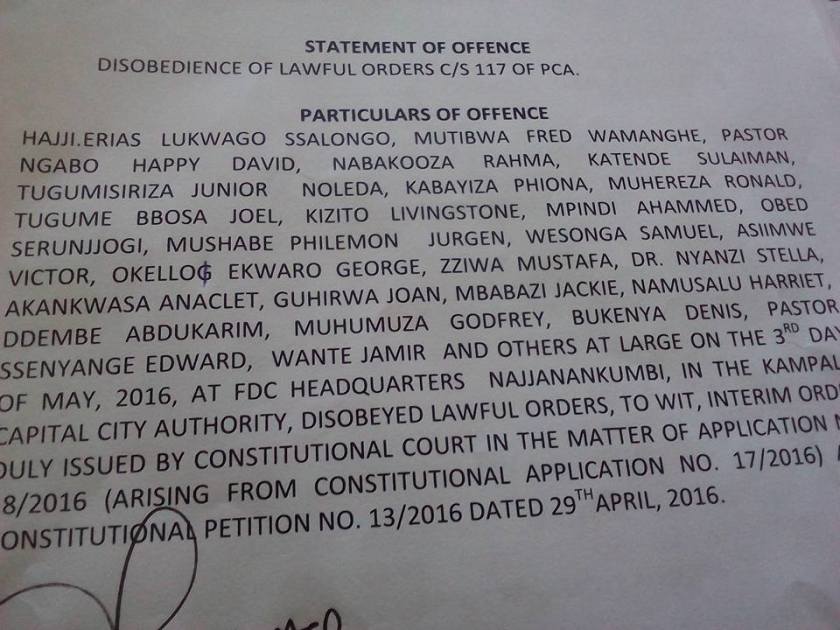 Think that is enough for now. It seems like the rumours was justified and that the Opposition activist, Leaders and others was deemed to be detained as the NRM Regime continues to strive for excellence of forging the power. Seeming likely that they will be denied bail and continue to be detained and under Police Custody. Peace.

All six suspects charged in Kiira Court for DEFIANCE have been released after paying UGX 1.8M in bail fees. So the FDC Activists there was atlest released, but the tale of the Campaign of Defiance is not yet over. It is just starting. 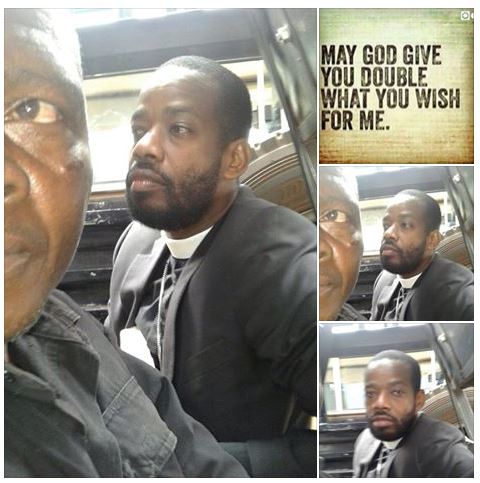 Dr. Happy David Ngabo now at Katwe Police Station.
It’s well; God revealed it to us before hand and all is in plan so we are strong! Shame upon the Loser! The Devil! God is mighty to save Deut 29:29 whatsoever is revealed to us God has empowered us to face and overcome it! Have you heard, Lightening just struck Statehouse and some soldiers are reported dead others in critical condition? Touch not that which is Annointed! The fight is now on another level!
Daniel was thrown in the den of lions and he survived but those that conspired to throw him there once they were thrown in and their families none survived! Watch this space! Our trust is in God Almighty who is mighty to save not in M7 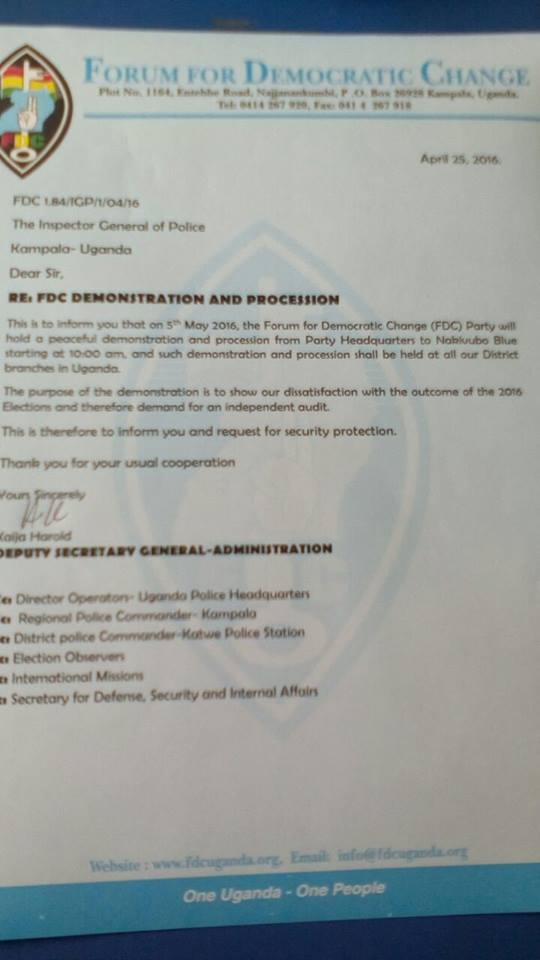