“Shock at the kasangati court as a police officer testifying against Dr. Kiiza Besigye fails to corroborate his earlier testimony with the recorded video he produced in court to pin Dr. Kiiza Besigye on his defiance case. The officer’s evidence a video detailing incidents said to describe Besigye’s disobedience came under tight objection after it contradicted with the police statement he recorded earlier implying the video may have been edited” (NBS TV Uganda, 2016)

Today, Dr. Kizza Besigye was in court for taken the wrong route through Kampala Metropolitan Area, when driving to the FDC Prayeers at Najjankumbi on the 5th April 2016. As the bond leaving Naggalama Police Station was claiming and charging him for a Illegal Procession towards Najjakumbi from Kasangati.

He could argue that it wasn’t planned and that he left alone in his own car from Kasangati and as long as he drove towards Najjankumbi through Kampala more people surged around him and tailed him. This should not be seen as illegal activity for a man trying to get to Central Kampala and meet with fellow Party Officials and Party Members at the Party Headquarter. But because this he got first hold and detained at Kiira Road Police Station, before moved to Naggalama Police Station in Mukono. And stayed there all day without reason, until he got “freedom” that evening.

Here is the result from Kasangati Magistrate Court on the case for now:

Besigye was granted: “has been granted non cash bail”. He will be back to Court on the 27th April as the case will be up-to court at that date. So this is yet another case where the Police Force and Magistrate facilitate to stall the verdict and the ruling. That is what happen today.

That is what the document also says, and should not be forgotten. An if he does not answer to the charge at that day, then the FDC Mobiliser Ingrid Turinawe  and Tonny Sempebwa have to cough-up UGX 2 Million! Peace.

Today the legal-team of Dr. Kizza Besigye entered the Kasangati Magistrates court to continue the petition and filing of the case against the state and police house-arrest of his home in Kasangati, as it has been mid-February.

“Kasangati court has once again adjurned the ruling of the case in which Dr. KIZZA Besigye through his lawyer David Mpanga file a case against Inspector general of police and Regional police commader Kampala North to tommorrow ( tuesday) 10 am Kizza Besigye’s lawyers want court to order the with withdraw of police from Kizza Besigye’s home. This was after Prosy Katushabe the Kasangati court grade 1 magistrate over ruled the objection of state attoney calling for dismissal of the case. The magistrate gave Kizza Besigye’s lawyers to make their final submission by today 2pm. Hundreds of Besigye and FDC suppoters had thronged the the Kasangati court to witnessed the outcome of the court ruling”. 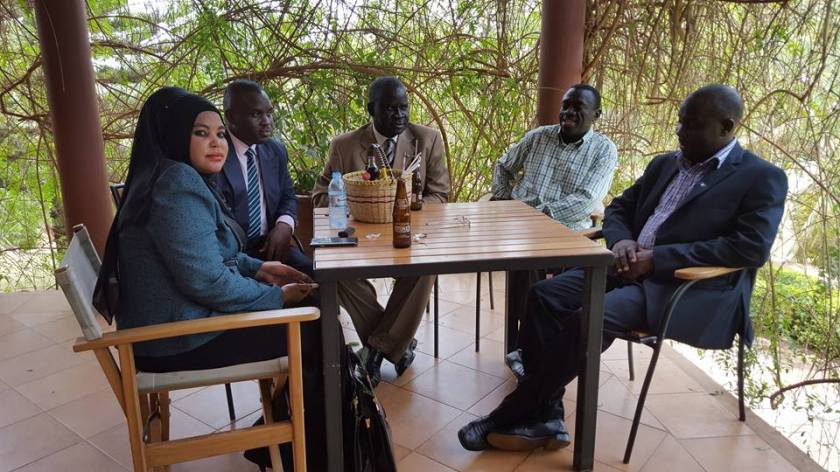 “At Dr. Besigye’s residence with Hon. Latiff Ssebaggala, Hon Kassiano Wadri and counsel Shifrah Lukwago. The Kasangati Chief Magistrate has overruled the state objection to Dr. Besigye’s application challenging the continued incarceration at his home and ordered the matter to be heard on merit. The final ruling shall be delivered tomorrow at 10am. The struggle continues”

Also the car of Dr. Kizza Besigye has been returned after being under Police custody for three weeks, and as the Kizza Besigye and fellow friends look over the car, they found that the Police had made new finishes to the car and added spy-ware and tracking devices to the car. As the criminal and fugitive they act as he is, as the Government and the Police still have him under house-arrest, keeps arresting fellow opposition activist as they are supposed in the Supreme Court Petition of Amama Mbabazi these days. 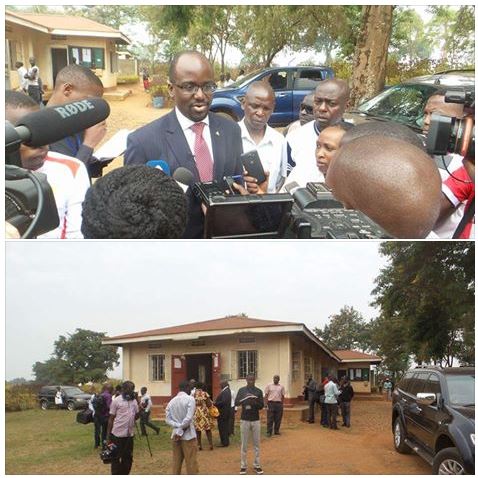 It is continuation of the Dr. Kizza Besigye’s siege and house-arrest in Kasangati, Wakiso district. The Police have held him under house arrest since right before the Election Day on the 18th February 2016.

From the FDC themselves:

“Mr. Daudi Mpanga, lawyer for Dr. Kizza Besigye informing press that Dr. Besigye’s case is now fixed for hearing, this Friday at Magistrate Court, Kasangati. The case was adjourned to Friday 18th March, 2016 to give the State more time to prepare its response” (FDC, 17.03.2016).

As this happen there has arrived more Police and Security guards around his home. There is already three roadblocks and set of police in the area. He is seemingly a great criminal now that he has filed a petition to the court to be released free from his preventative-arrest and get justice, as he went from being a presidential candidate into a house-arrested fellow without charges, which are still at that state to this day.

The Police of the area have used the time to stall a petition against the Presidential Election of 2016, as they have gone aggressively against the FDC. So this is a continuation of that and the result is that the authority continues with the unlawful behavior, as they use the Preventative-Arrest of Besigye and monitoring everybody in the area. So the time is ticking and the unjust behavior as the state keeps him on guard and under siege. The proud state of Uganda Police has drained down to this and President Museveni must be with his cattle smirking. Peace.