The former mouthpiece of Yoweri Kaguta Museveni, the former Presidential Press Secretary Tamale Mirundi who has ever since been sacked by the State House he has been all around media blasting and commenting on politics. This has now been seen by the Uganda Communication Committee (UCC) as a volatile and meager expression of language and profanity that the media doesn’t need. This happens only two days after he appeared on AmamaRadio. He has been on NBS TV and WBS, also certain radio station talking ever since his sacking. Let’s look a bit on the fellow mouth-piece! 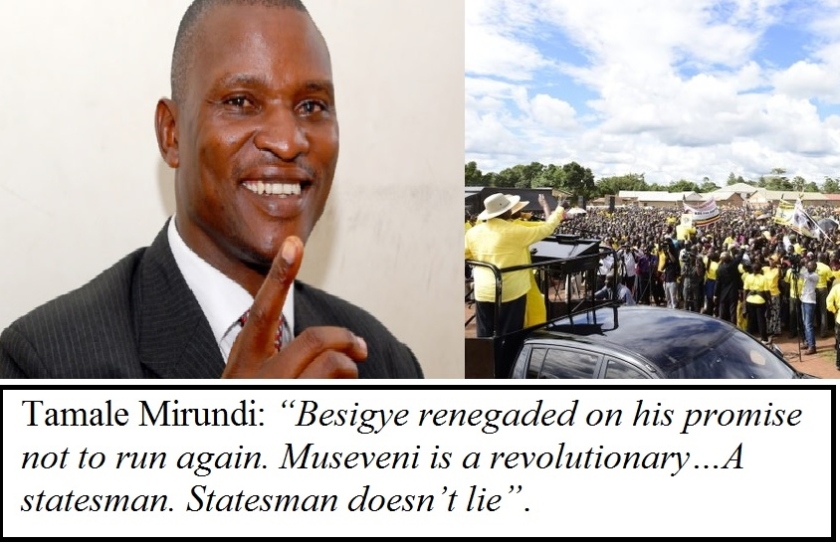 Some older news on the man:

“FM radio campaigns by John Tamale Mirundi, encouraging squatters to attack land owners. Mirundi uses Star FM, TOP Radio and other FM stations to tell his targeted listeners: “When those land owners bring court brokers or surveyors and try to evict you, defend your selves. Be ready to use pangas (machetes), sticks and fire to get rid them.” In the last two months, mobs of bibanja holders have murdered two landlords in Bugerere county alone” (…)”As Mr. Museveni’s Presidential Press Secretary, Tamale Mirundi is widely believed by rural land squatters to be speaking on behalf of the Ugandan strong man. The emerging consensus among Buganda analysts is that president Museveni may be creating the terror because Mmengo seems to have successfully blocked his Land Act Amendment of 2009 the way they did with the his Regional Tier” (Kabaka Concern, 2009).

Here are some wonderful quotes in defense of the former chief and head of state Musveni:

“The President doesn’t have a key to State coffers. If there is extravagance, the MPs should be the ones to blame” (…)”They should tell us why they keep approving this money. And before they accuse the President of being insensitive to the needs of the people, let them come to Parliament on bicycles and cut their salaries” (…)”He must see what is going on, that is why under the Constitution he is obliged to take over the administration of a district if things are not going well” (Kiwanuka, 2011).

“Mashate’s case involves the government, so I’m not the right person to comment” (…)”“I’m not Museveni’s lawyer to know why the amount of money involved accumulate” (…)“I have to look for Museveni first before I can comment” (…)”The President’s office is not like a headmaster’s office. I am a highly trained journalist, I know you journalist what you want” (BlackStarNews, 2014). 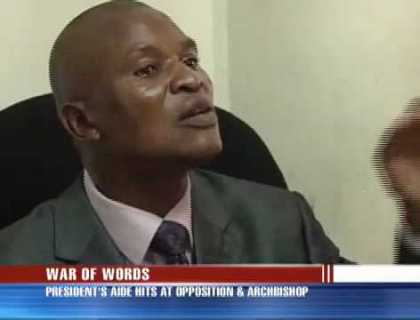 “Sources have told us Mirundi was linked to Sejusa through the general’s phone call logs, which security operatives retrieved. Mirundi was reportedly asked to explain why the general was calling him regularly”. About that Mirundi said this: “They checked his (Sejusa) phone [numbers he has been dialing] and found out that I am one of the people who have been calling Tinyefuza.“I told them that ‘Yes Tinye is my friend and that I have been calling him.’ They later left” (UGO, 2013).

He said this in 2014: “spends hours… abusing members of parliament, abusing everybody and he says he is the president’s dog… the only person he spares is the president!”

“When Tamale was managing The Voice newspaper over ten years ago he failed to pay his workers numbering 17. Three of them, including his cousin Felix Kyeyune, sued him and the money (Ush 5m each plus legal fees) was paid just as the bus to take Tamale to Luzira prison waited outside courtroom in Mengo, a Kampala suburb” (Odinga, 2014).

“My contract ended. It is now up to the president to either renew it or not” (…)”I entered State House when I had one suit. But look at what I have achieved. The President educated me and my children in some of the best universities in Scotland” (…)”Even if my contract is not renewed, I will not complain. I can assure you that I will never attack Museveni when I am outside State House” (Lumu & Anyango, 2014).

“Mirundi reportedly singled out Kabiito for his handling of a case in which Cairo International Bank was challenging its prosecution in the Anti-Corruption court in regard to the theft of an estimated Shs 169bn meant for pensioners” (…)”Musota said Mirundi took issue with the judge’s handling of a case involving 1,000 former spies who wanted their retirement benefits worth about Shs 39bn paid. According to Musota, what angered Tamale was the judge’s rejection of an application by the Inspectorate of Government (IG) that sought to block the payments” (Kiyonga, 2015). Tamale Mirundi said this about it: “Those judges are suffering from colonialism. They think they are important but they are not important, they are just servants of the people and as long as they are corrupt, we shall talk about them” (…)”By the mere fact that they have reacted to my statements, that is an indication that I have defeated them. If they think that I’m guilty of anything, let them sentence me to death” (…)”I want Kabiito to tell me how I got his judgment [of Cairo bank] before he could read it out. I’m sure it wasn’t written by him and I have evidence to that effect. I just don’t talk without any proof”. He also laughed off the judges’ call for his firing’” (Kiyonga, 2015).

“President’s Press Secretary, Joseph Tamale Mirundi, has been appointed as an advisor to the cabinet of Isaabaruuli Mwogezi Butamanya, the Baruuli cultural leader” (…)”Buruli chiefdom based in Nakasongola District, like Banyala chiefdom in Kayunga District, isn’t recognised by Buganda Kingdom and they have been on collusion course which has sometimes led to deadly riots” (Kaweesi, 2015).

And then he has since gone like every day said something vile on NBS as a commentator on the Campaigns and Politics. Trying to sound wise, but instead becoming a side-show and that is attacks on everybody from Bebe Cool, Dr. Tanga Odoi, Amama Mbabazi, Gilbert Bukenya and so on. The list is longer then the so called Membership register of the NRM that they said at one point they didn’t have before the NRM Primaries. Well, see why I took pieces of his history. Continue to look!

Uganda Communication Committee chairman Godfrey Mutabazi has said today after Tamale Mirundi in the recent weeks actually was on a show for AmamaRadio. Mr. Mutabazi said to the press: “The language used doesn’t deserve to be on the airwaves. The commission therefore directs you to stop broadcasting such programs with immediate effect” (…)”Some stations have written to us acknowledging the concern and promising to restrain their guest from such conduct” (NewVision, 2015).

Later today because Tamale Mirundi has a show on Radio Star 87,5 FM have been switched off or taken cutting their sender after the report and statement from UCC. The transmitter from the station has to be muted as a reaction to the UCC threat earlier.

He must have said something profane and vile that makes UCC react like this. We all know that he have after being fired… spoken wildly on every political topic on every format possible in country. They must be listening to you “mute” since July and since he dropped his wit on certain newly founded opposition campaign radio-station AmamaRadio. AmamaRadio the lamest name for a radio; where he must has said something hurtful spiteful crap that is more hunting then calling a political person a walking coffin or Museveni all-of-sudden is not the revolutionary mind that Tamale Mirundi always have claimed. Right?

An UCC has made Uganda and its ruling party and its leadership proud! Yep. The all-time and lifelong legacy of the President Museveni; I am sure the UCC is as afraid of somebody as the Electoral Commission is at the point. We have seen Kiggundu recently act upon Amama Mbabazi and Dr. Kizza Besigye and now Mutabazi acting as an arm of the NRM. Not surprising, it’s expected, right?

Committee on Presidential Affairs Meets the Office of the Precidency – (19.03.2014)

The words from the man is enough. The talking point after this should be his arrogance and “third person” tales about himself and security. Specially the self made ways and how he deals with “enemies”. Enjoy! Peace.