In Ghana it is now reported that several (69-88) of Hyundai Gallopers are now being auctioned after sitting idle for 18 years in the same compound. Because the original buyer and state official made an gentleman’s agreement with the company selling the cars.

Since then, there been governments coming and going. The government taking over for the first one. Didn’t want to cover the cost or the specifications of the cars. So they let it sit and wait. While it took about ten years and other government to pay the company. Even as the Company still didn’t have an official contract of the trade, but they were still sitting there.

The Hyundai’s has been there for two decades, losing money and fresh from the boat. They was there from 2001 to 2019. Payment on the cars from the government happen on three times in 2010 and now is soled for a fraction of the value. The Hyundai’s are sold for fraction, some reports are as low as scrap-metal because of the weather on the compound after 2 decades untouched.

Clearly, this is a sign. This is show of lack due diligence, public officials wasting state reserves on possible status symbols. Surely, today, the government are buying SUVs too. Maybe some Prado’s or Land Rovers to proudly pass by the villages where the citizens reside. However, they are done through tenders, legal contracts and by budget allocations.

Still, this whole story says a lot about what could go wrong. One man made an agreement with an supplier, for the common good, to deliver to county officials and others. Still, they didn’t receive them, because the state lacked contracts and came into a dispute with the company delivering them. Therefore, the cars was stuck in one place, which they were for too long. Therefore, the state wasn’t only defaulting on the payments for the product, but the product wasn’t even used. Before it ended its tragic saga at the scrapyard. Being the most expensive scrap and wasted public funds in a little while.

This was money just galloping way, they ran with it and the gentlemen lost. Peace. 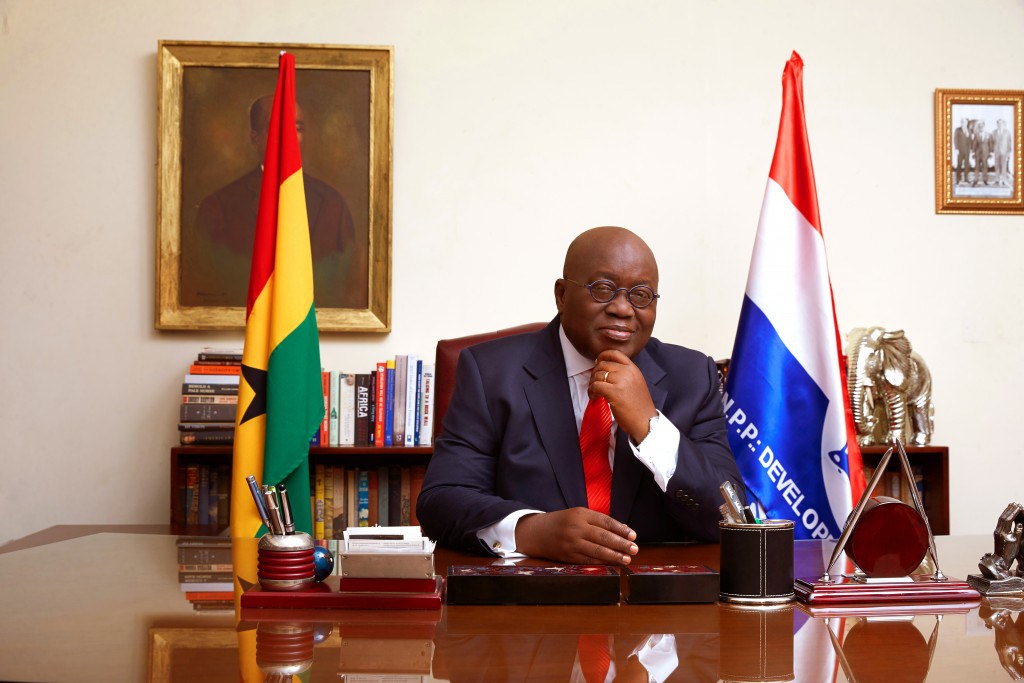 Yesterday, the Ghanian President Nana Addo Dankwa Akufo-Addo addressed the Press together with the French President Macron. As he did this he asked serious questions about governance and development. Akufo-Addo proved with brilliance what many people are saying about the African continent, but isn’t heard from the people in power. Akufo Addo actually wants like all other sovereign states to be charging his own people for the services they are getting and not handouts from strangers abroad. That isn’t noble, that is Statesmanship and responsibility. As he don’t want aid, but trade. The President wants Ghana to make it on its own and with its own resources, instead of billing the tab from afar.

All nations and all presidents should seek this paradigm. His own words are powerful and it is needed, in times when states are either addicted to aid or borrowing funds at levels that are destroying the economies. These words and shift should be taken by all states who are used to aid. So they can prepare their citizens and their institutions to be built. So that governance and the government can deliver services to their public.

“Addressing a press conference with France President Emmanuel Macron during the latter’s one-day working visit to Ghana on Thursday, President Akufo- Addo said African countries cannot continue to make policies based on the support the Western world can give. He said, “Our responsibility to charter a path which is about how we can develop our nations ourselves. It is not right for a country like Ghana, 60-years after independence to still have its health and education budget being financed on the basis of the generosity and charity of European taxpayers” (…) “We need to have a mindset that says we can do it… and once we have that mindset we’ll see there’s a liberating factor for ourselves,” he said. Akufo-Addo said the only way Africa can stop its young men and women from migrating to other countries to seek greener pastures is to put in place systems that work. “We want to have those energies working inside our countries and we are going to have those energies if we begin to build systems that tells the young people of our country that their hopes, the opportunities are right here with us,” he stressed” (…) “Our concern should be with what we need to do in this 21st century to move Africa away from being cup-in-hand and begging for aid, for charity and for handouts,” he said” (Ghanaweb, 2017).

I’m European, I don’t care what Macron said or wanted to say after hearing Akufo-Addo speech. It was powerful and needed. The words that is expressed and the needed shift is there. Not that charity or aid should automatically stop. But the world, the leaders and the states themselves. Needs to find their way to sustain and develop mechanism for collecting revenue and also tax properly services. Secondly, needs proper guidelines and institutions to sufficiently create growth and stagger inflation. Combined with investment in not only extraction and producing crops, but also create products with it. So that the state don’t only get the low value export, but get refined and developed products on the world market. That isn’t an easy fix and has been tampered-on ever since independence and the world order hasn’t made it better too.

Initially, the power lays in the hands of the leadership. In the hands of people Akufo-Addo and others. Who can leave behind institutions and markets, that can leave behind educated and industries that brings wealth not only to a chosen few, but to the GDP of their respective nations. While stopping the current fix and re-up of more aid donations and charity from European taxpayers.

I hope that the African leadership are listening to this and actually follows this. To be truly independent. Be developed and generate the wealth the African people deserve and the stability of institutions it also should create to prosper. Maybe, not leadership as western-democracies, but in states and elected leadership that takes responsibility and uses the skills and resources for the benefit of all citizens. Not only for corporate citizens, but all of them. Building states and building democracies where the people and state are working for a common-goal. The betterment and changing today for the future. Not awaiting handouts from Berlin, Paris or London. The Ghanaian republic deserve this, they deserve to handle on their own, all former colonies and former protectorate deserves this. Just like the European republics and kingdoms are responsible for their own finances and economy. They are not awaiting funds from China or US to save them…

The same we should wish to say about African state, who are begging for donors and loans to fill the void of own taxation and revenue. Therefore, the speech from President Akufo-Addo deserves credit, not because he is African and wants to get rid of the hands-out. But because he speaking the truth in general. Every single statesman on planet earth, should work for this goal, no matter which continent and whatever country they are running. It doesn’t matter, all citizens and states should work for this common goal that President Akufo-Addo speaks off. Also, European Nations that are struggling with debt and with deficit like Greece and Italy, should also work for this goal and not be saved by other institutions. This is a world-wide issue, not only on the African continent. Peace.