Well, this are not yet finished. There are dozens of problems ahead for Prime Minister Boris Johnson and his cabinet. It is not like Tories have won or succeeded anything. The possible reactions or results of the end of membership with the European Union (EU) isn’t carved out yet. Hell, even the issues of trade, border patrol, fishing nor the Northern Ireland questions are finalized.

The celebration of a new penny on the 31st January 2020 is a mockery, but also pointless. The Tories haven’t bagged it. They are not packing their briefcases and securing their tickets for the destination. Yes, the final Withdrawal Agreement was voted for and the next stage of Brexit is happening. However, the possible outcomes are from sealed. The ink isn’t even dry on the paperwork.

Who knows what the businesses will do, when the borders are shut and the hardships of trading across the Channel hits the fan. Who knows what will happen when the costs of banking and City of London comes across. It is not like the Tories can get it any harder. Not like they are getting the best deals and not getting issues from across the pond.

The PM will not address this and will rather deflect this. Surely, the industries and the ones whose exporting products will be hit the hardest. There are no certainty, the ones moving are already templating it or has already left. Several of businesses has moved to Ireland, France and Germany as a result of Brexit.

That is why, the projected downturns aren’t far fetched and the possible projections of the Withdrawal Agreement are bleak too. Not like this will not be a big natural hit on the consumer, the public and on the possible revenue of the state. However, the Tories will celebrate the end of Brexit. Loosing influence in Europe and become the “independent” island it is. Nevertheless, they still want to trade and be a partner, but not married to it. See how that will go and what cost that may bring.

This Brexit has been shambles from the Referendum until today. Not like Theresa May did it well. Neither has Boris Johnson. Boris is more superficial and conning, while May wobbled ahead. None of them is winning this. We just have to see if Boris will loose more. He won a mandate in Parliament, but if the wrecks the economy and beats the living hell out of the ones giving him a majority. He will surely be remembered for utter destruction on his own. Instead of finding good ways out of it.

He had nice times in his Jaguar. Nice time with screaming matches with his girlfriend. Mocking Corbyn in the PMQ. But what does that matter, when the public will be self-inflicted by dodgy deals and shoddy political work from the core group of people in Whitehall and Downing Street.

Who knows what this will entail, what sort of tariffs, regulations and the initial costs, who will be damaged, scorned by this deal and at what end has it?

I don’t have the answer, but by all reports, all studies with some barren I have come across. The negatives outshines the victories. Its like celebrating the French Fries, when you got a juicy burger sitting right there. By all means, the French Fries are a neatly cut potato with right amount of salt and oil. However, the burger is fresh breaded bun, with lettuce, ketchup and a barbecued patty. It should be easy choice.

So, on the 31st January, the ones celebrating are the ignorant, the ones who doesn’t care about the consequences, but are enjoying a break with Europe. The ones in sorrow, are not necessarily in support of the EU, but the ones that wonder if they are losing the benefits or the trade-offs made by the Union. Which the UK are now loosing out off. They got to bargain and leverage itself with everyone as a single entity. They got to do the right and at the right price. However, that will take time and the UK doesn’t have that. Especially, if they plan to cover the lost base and the lost power within the EU.

However, what we do know … is that the UK is self-inflicting harm. They are doing damage to itself and hurting itself. We just got to see how it will be and by what estimates. Peace.

For some today is a nightmare. Not only has Jeremy Corbyn and Labour lost. Not only have the Liberal Democrats lost too, but the Conservatives have won substantial in this election. They have gotten more mandate and more control. This is grand slam victory of Prime Minister Boris Johnson.

That Boris couldn’t win during this year in Parliament doesn’t seem to sink in. The man who has lied about everything and has spewed hateful rhetoric for decades. Still, this man will lead the United Kingdom into the final stages of withdrawing from the European Union (EU). A man who will not take responsibility to show up transparently for interviews nor trying to make a decent figure on TV.

No, the British have fucked themselves and they enjoy it. They will ride this one out with a abysmal people, who only consider the wealthy, the elite and the top 10 richest. This government won’t be for the people, no this for the Eton, the Oxford and Cambridge Elite.

I could lie to you, but I’m not in the business of Boris. I don’t even have any stakes in this election. Only feel sorry for the pro-European and liberals in the UK. You British liberals, you are screwed and you will be that for the coming time. You have lost to a hatful and disgraceful human being, someone who only lies and deceive. Even with that, you still lost.

That says something about the majority of British people, what sort of thoughts they have for themselves. The Merry Poppins and they let Grinch steal Christmas. The Tories haven’t kept their promises before and will trade it all away for some “independence”. The ones getting crushed is the marginal voters, who voted them in. Not the elite that running the Tories. The British public is doing self-harm and content with it.

So, when in the future, when the public cry havoc. Cry their tears of the destruction of the welfare state, public benefits and whatnot. You gave it away to the Tories and the next generation has to fight back to get something they deserve. The public has screwed themselves and they did it willingly.

Now Boris is yours. Now the lies are all yours. Eat it and don’t complain. When you get screwed, over and over again. Know that you made it yourself. You made your bed and now you got to sleep in it.

I pity a fool, but that would be to much sincerety in the era of lies and deceptions winning elections. Peace. 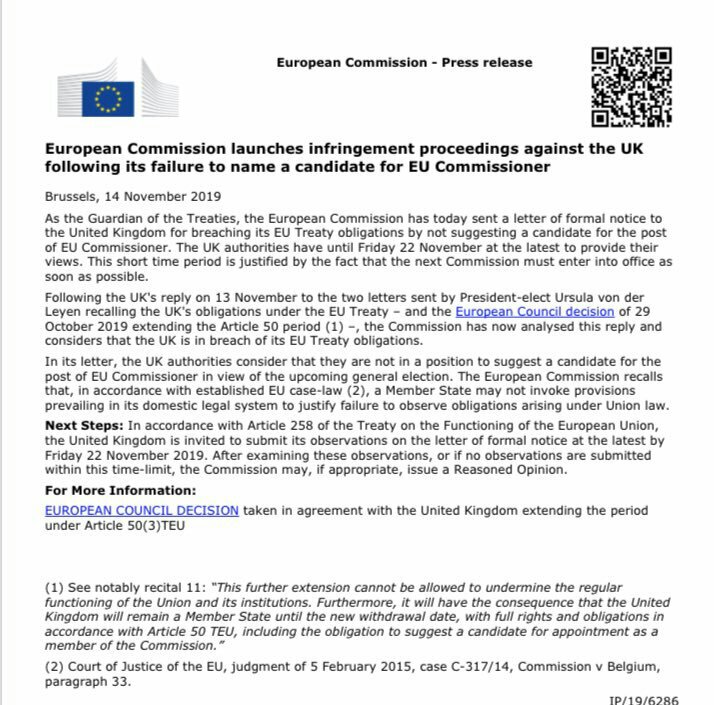 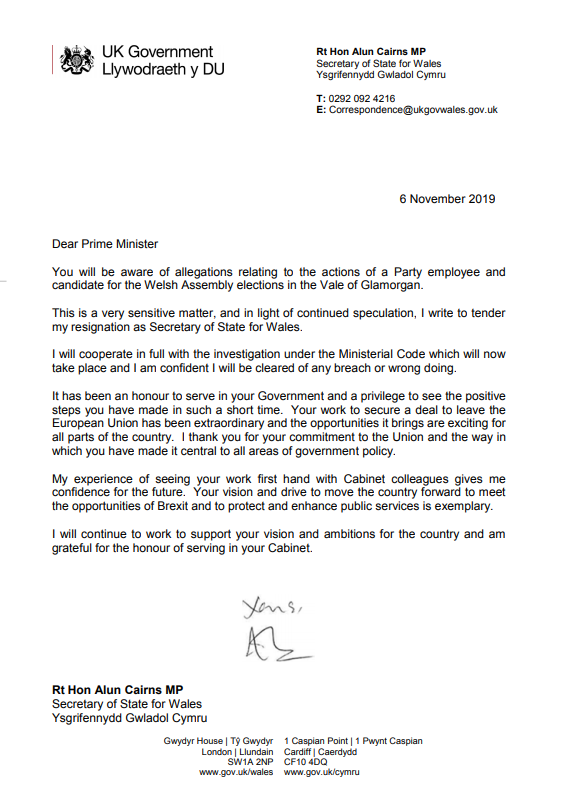 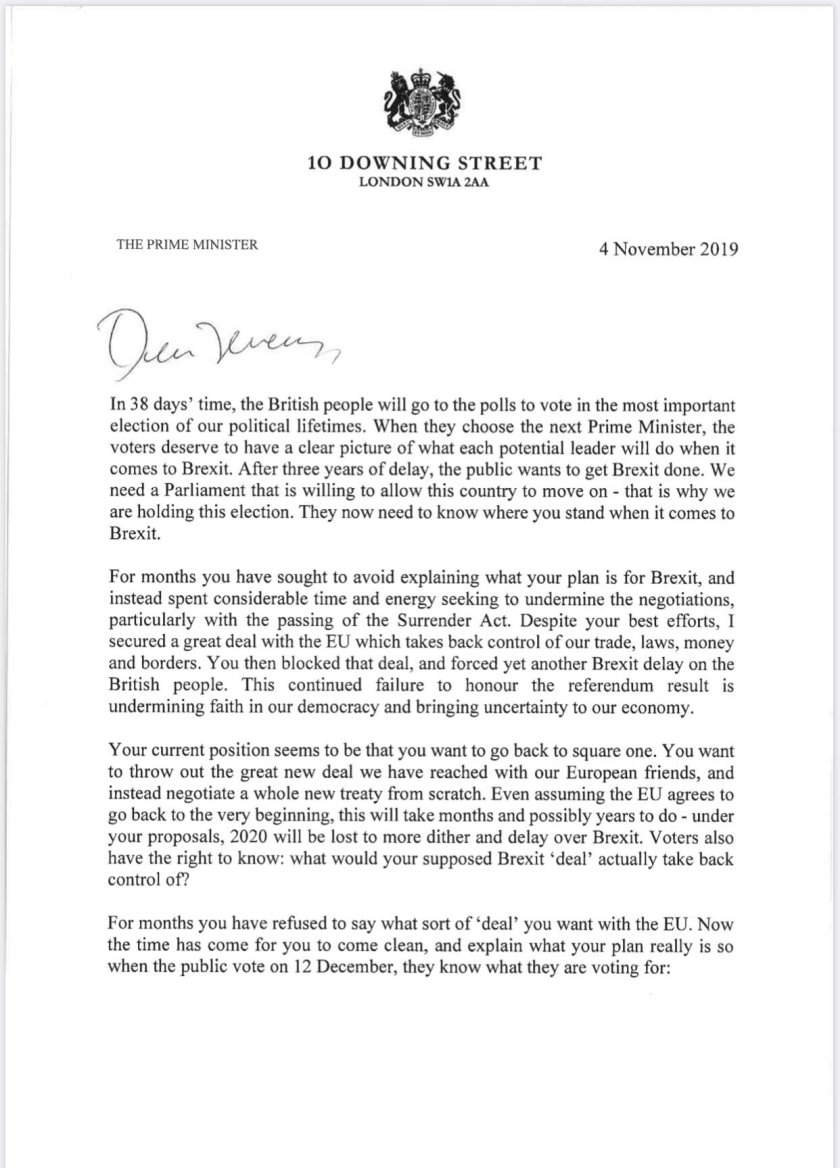