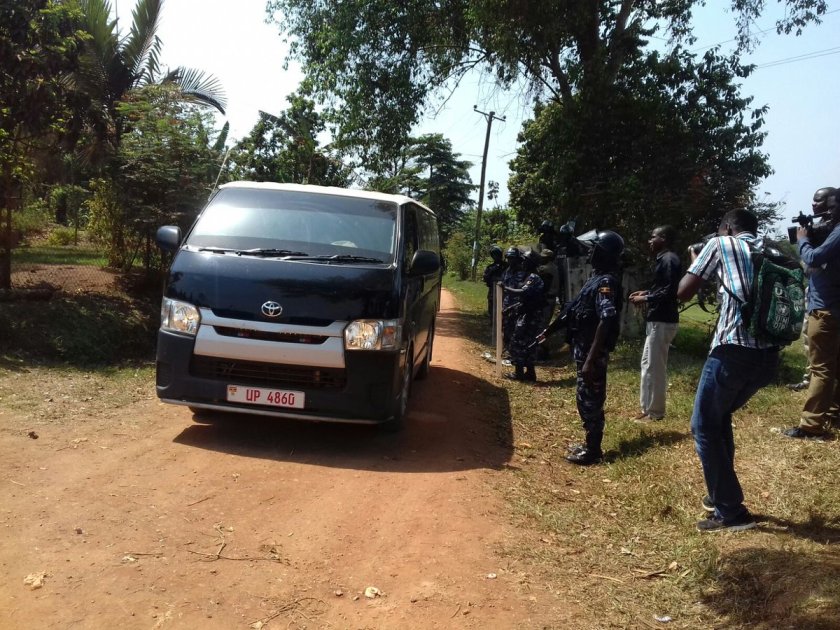 Uganda Diaspora, friends and Development partners join to strongly condemn the cowardly acts of arresting opposition party leaders, intimidation of the opposition voters, use of force and violence against innocent civilians.

For the last 5 days in a row, the morning of 22nd February 2016, we witnessed the arbitrary arrest of the opposition leader Dr. Kiiza Besigye, Secretary for mobilization of FDC party Ingrid Turinawe and a host of staffs at the FDC party headquarters.

The Uganda Diaspora P10 an international communication arm of the FDC Party is deeply concerned by the continued persecution, arbitrary arrest and detention without trial of opposition leaders and our supporters by the dictatorial regime in Uganda. This raises serious concerns about restrictions on the freedom of expression and assembly in Uganda. 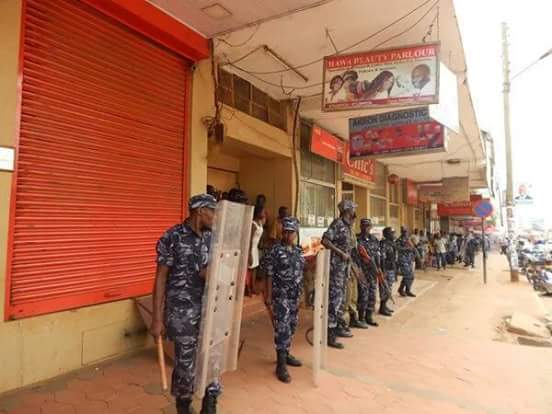 Uganda has degenerated into a police state with a heavily militarized police force. The police have been used to vent violence and abuse the fundamental rights and freedoms of Ugandan citizens especially the opposition.

The Opposition and citizens of Uganda have a right to express their dissatisfaction with the outcome of the February 18, 2016 election through peaceful assembly. The right to assembly and freedom of express are universal right enshrined in the Universal Declaration of Human Rights and the International Covenant on Civil and Political Rights, to which Uganda is a party.

We condemn in the strongest terms possible state inspired violence and the show of force on February 22, 2016 in arresting opposition leaders, DC members of staffs and hundreds of our party supporters.

We are engaging all forms of justice from, local, regional and international courts to ensure that the elements of the Uganda police, military and government involved in the abuse of the fundamental rights and freedoms are brought to justice.

1. We demand Government of Uganda to protect the universal rights of freedom of expression and assembly.

2. We demand the immediate release without and delay or conditions of all persons arrested without due process.

3. We demand the immediate cessation of state violence against the people of Uganda.

4. We demand that the government elements desist from any intimidation, fear mongering and arbitrary actions against the people of Uganda.

We shall not relent in our fight for a free and fair election in Uganda. We will seek justice in all forms at all levels collectively and as individuals against institutions, individuals and the state for violation of fundament rights and freedoms of the people of Uganda. 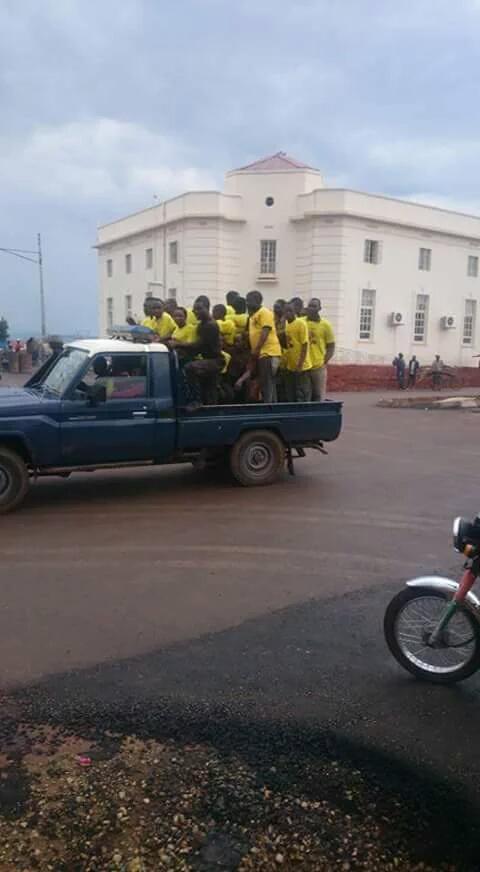 This is a message of difiance and noncompliance.

The Uganda Diaspora P10, is a group of pro – Besigye people in Europe, Asia and North America. As I write now, the group has a membership of nearly 600 people. The group is chaired by the able lady Jackie Oloya and Coordinated Globally by Col Samson Mande.

The group’s website is www.ugandadiasporap10.org and we command a very prominent presence on FB and Twitter as well where we have out done the NRM social media machinery with peaceful pro-change messages.

Our activities are peaceful and constitutional and therefore, we shall not disband our structures until after the elections. Gen Kale Kayihura should stop his cheap politics of worrying about people who are peaceful and legally indulging in civic duties as proscribed by the 1995 Constitution of Uganda (as amended). 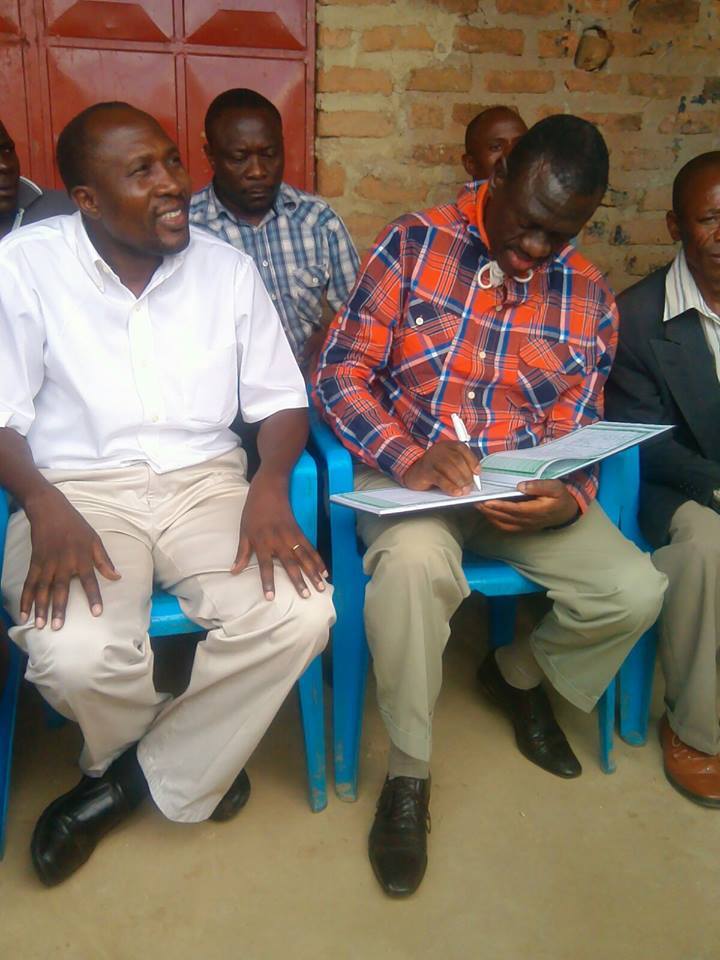 Our activities are clear; we fund raise to establish and run the P10 structure at the grass root in direct response to what President Museveni has bragged about that NRM has 30 executives in each village of Uganda.

Gen Kale Kayihura has found this structure to be very effective in mobilizing support for Col (Rtd). Dr. Besigye as we have seen in the huge crowd that attend Col. Besigye’s rallies. That is why he is panicking and spending sleepless nights chasing his shadow. Gen Kale Kayihura’s rather rather strange demand has exposed him further as someone who has usurped the constitutional and legal mandates of the Electoral Commission in running this elections. 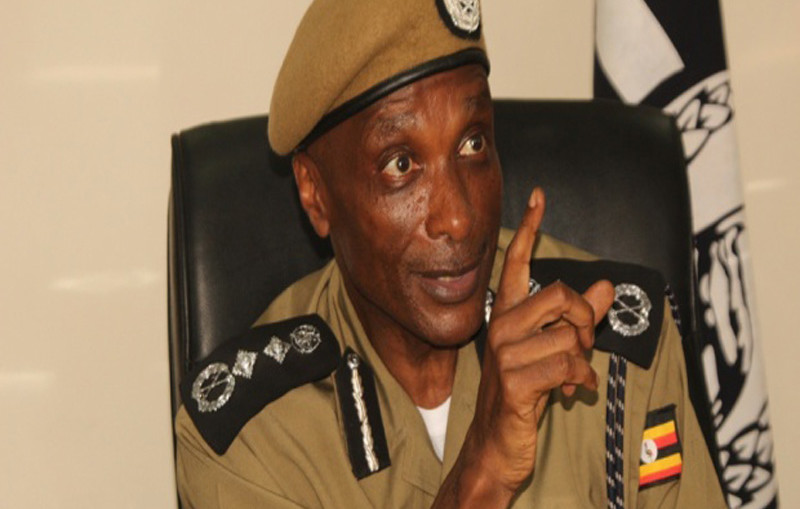 We demand that Kale Kayihura should first disband the Crime Preventers and also to respect the rule of law by at least pretending to be impartial during the day! In addition, we demand that Gen Kale Kayihura be committed to the Military Court martial just like Gen Sejusa,for interfering with civilian politics and actively organizing for Presidential candidate, Yoweri Kaguta Museveni.

To assure Ugandans of our activities, we have been testing a radio broadcast on the Short Wave Radio at 18m and 31m band. Further Broadcasting will happen on Feb 17, 18, 19 and 20th to support the activities of the P10 on the ground and we shall be relaying election results live.

Ugandans should be able to tune their radios on the shortwave 31m band to listen to directives and announcements. We are sure that the biased and highly politicised UCC will not be able to interfere with the Short wave radio broadcast.

We shall also announce contact information where the P10 and well-wishers shall be able to contact us with photos, audio recordings and any information depicting irregularities and illegalities happening during the polling exercise that many compromise the integrity of the election process, vote counting, results transmission and peace.

We shall not disband the P10 because it is a peaceful village committee of people who trust each other to stand together for the exercise of their constitutional rights – to prevent Gen Kale Kayihura’s Crime Preventers from stealing our votes. Disbanding P10 is like disbanding Ugandan villages, how can that be possible, if it is not merely a figment of his imagination?

P10 is more than 10 people in the village. This is where the Inspector General of Police is joking with his NRM politics. He is only politicking when he demands that we disband P10. The P10 means every person in the village must be in a wave of 10 people. It is P to power 10. It is a mesh, a network of tightly connected pro-change people organized 10 by 10 by 10 by 10 by victory!

Lastly, we would like to encourage Ugandans to defy Gen Kale Kayihura’s illegal and unusual directives given that he has recruited, trained and indoctrinated 11 million Ugandans into his illegal crime Preventers franchise. That is one in every three Ugandan is already a crime preventer. Where then will the criminals come from?

Ugandans are free to organize themselves in any way they like as long as they remain peaceful and are able to dispense their civic duties as citizens. The P10 is not armed, not trained, not violent like the illegal Crime Preventers that are commanded by Gen Kale Kayihura to rig votes and commit genocide on the people of Uganda.

Mr. Komakech is the Spokesperson of Uganda Diaspora P10 that is strengthening the grassroot P10. Can be contacted via info@ugandadiasporap10.org.