Still days after the Swearing-in of both Presidents of Uganda, the Opposition is still under fire. The fire is burning and the opposition have to fight still for their liberties while the NRM-Regime tries to act as nothing happen. The National Resistance Movement and their Members of Parliament that are sworn-in tries to act normal.

Before the Courts open the Police had made roadblocks around the building and area around the Nakawa Court, so that not even boda-boda’s to pass, bicycles and cars was not allowed to enter the perimeter of the court. They did this to make sure the judgement and verdict of today’s court we’re not on public display!

As the FDC Presidential Candidate and the ones that question the Power of President Musveni, Dr. Kizza Besigye who we’re charged with Treason for his second time by NRM Regime, we’re today set in Court at Nakawa Magistrate Court. He came directly from Luzira Prison and back to Luzira in quick speed.

As FDC explained the Courtship of their leader:

“President Kizza Besigye has been charged with treason at Nakawa Court early this morning and remanded till 1st June. At 08:30 am Dr. Olive Kobusingye was near court but by the time she entered court at 08:40, The President was being taken away after being charged within a few seconds earlier. Media, lawyers, supporters and friends we were locked out” (Forum for Democratic Change, 18.05.2016). 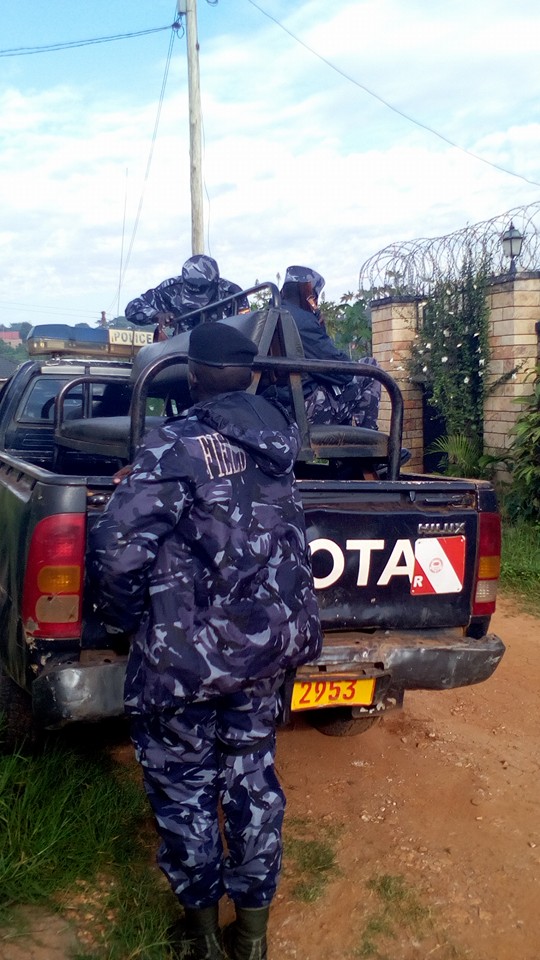 Houses of Michael Kabiziguruka and Ingrid Turinawe have been closed and monitored by the Military Police.

As Ingrid Turinawe states herself:

“Comrades, police has cordoned off my house. Deployment very heavy! They have Taken positions all around the house. I can’t guess what they want to do next, it’s deep in the night. They arrived at exactly 1am. Two police trucks just parked crossing my way outside the gate” (Turinawe, 18.05.2016).

While Lord Mayor Lukwago had to hassle with Police Officers to be allowed to go to Court and defend his case, as he had today been up-to 14 days under house-arrest without a clear charge. The Police Officers accepted it finally. While he had courted a case with a legal team comprised of Hon. Sseggona, Asuman Basalirwa and Isaac Ssemakadde. The ones Judge looking over the case was G1 Magistrate, H. W Semondo of the Makindye Magistrate Court. 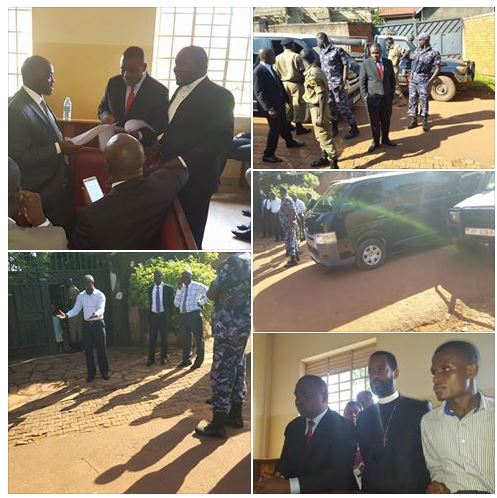 The verdict was finally positive as Lord Mayor Lukwago states:

“Isaac Ssemakadde formally moved court to, inter-alia order police vacate my home and forthwith set me free. Before court could give its ruling, which is reserved for 27th May, they hurriedly fled from my home. THANK YOU all for your prayers and support. Aluta continua” (Lukwago, 18.05.2016).

The newly elected Councillor of Makerere Doreen Nyanjura her former rental room have been sieged by a commando of military Police during the night, as the Police Force seemingly doesn’t know the right house.

This here is just a few cases as there is surely more and more coming in the coming days as the NRM regime is in shock mode to silence the Opposition and crush it, like President Museveni spoke about during the campaign and after. He has no quarrels of doing so to consolidate all power, that what this term is all about, therefore seconds after swearing-in Muhoozi Kainerugba was elevated from Brigadier to Major General and also wanted to establish a higher order for the Special Force Command, which initially the son of the President is in charge of.

So the regime is centralizing more and more power as even Gen. Salim Selah have been in charge of the Operation Wealth Creation and henceforth rigged the systems and funds so that the development haven’t really been there, as the Museveni-family could eat some of the funds from there too, do you think a family connected leader inside a project, wouldn’t be there for niceness of the President, no to control it and embezzle from it.

This here is happening while the FDC and FDC members linger in a limbo, while they are detained, house-arrested and intimidated. Not only the leadership and the headquarters, but the homes and others who has been a part of the Defiance campaign!

With that earlier today:

There will be more to come and struggle continues as the National Resistance Movement and their head honcho Museveni who will use all the tools he has to silence them as he owns no legitimacy and honest leadership, as he orders inner-party and now pay the MPs to follow instructions, as the rumoured shillings 5m to vote for Hon. Jacob Oualanya for the Deputy Speaker in Parliament. So there are something brewing and the NRM Regime thinks it is back to normal, it isn’t as the FDC are still hunted and questioned at every second; also at all stages of the political spectrum. Peace.