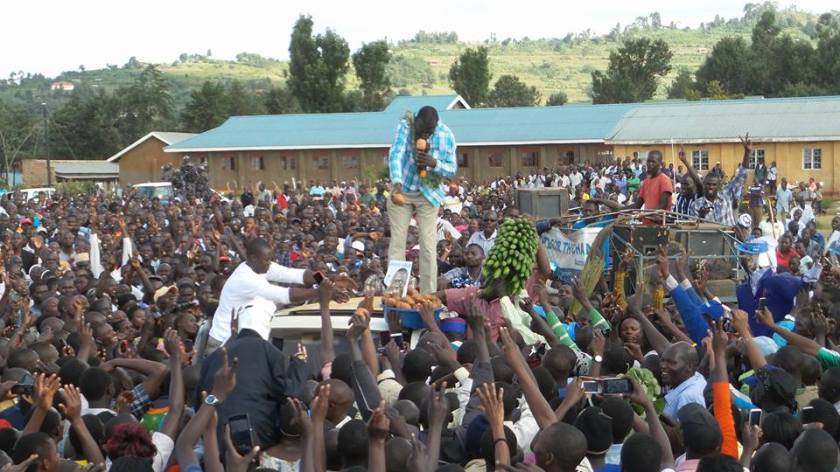 Well, it is one of these days where the NRM-Regime continues to pound on the Forum for Democratic Change and their Defiance campaign. It’s like the Resistance Movement having a hard time settling in as the 10th Parliament. Mzee must be so darn proud of loyal subjects who attacks Besigye and Company without ordering it.

So here is what was been said and reported in the Daily Monitor today:

“The State Minister for Microfinance, Mr Haruna Kyeyune, has expressed displeasure at the ongoing defiance campaign by the Opposition, saying it could stand in the way of government’s planned 2020 middle-income dream” (…) “You can then pick it up from there, because it frustrates investors,” (Emwamu, 2016).

With all that in mind, let’s be clear the FDC are not the main reason for lack of investors or investors fleeing. They are not the ones with guns, ammunition or tear-gas. That is the Government, the NRM-Regime and their security outfits. Therefore the stalemate is mostly created by the Uganda Police and the UPDF for their disregard for the citizens.

Hon. Kyeyune blames the other party because that is the easy way out and it shows loyalty to his boss. While doing so he is washing the hands of blood and the tears, so they are clean even though they never will be. As the government doesn’t wish accountability or transparent policies either with Electoral Law and organizations. Neither with security or economy. With that in mind, the Government themselves are hurting prospect of business, as the investors have to facilitate with government officials with secret deals behind closed doors; instead of transactions though open business. That is what is hurting the investments, together with uncertain currency, levels of inflation and the steady growth of government loans. That together is creating a fragile economic outlook that worries a fellow investor. But the easy way out is to blame Dr. Kizza Besigye and his DMC. Eh! What else Hon. Kyeyune, is it the ‘rollex’ fault that there are potholes at Kalerwe, Kampala?