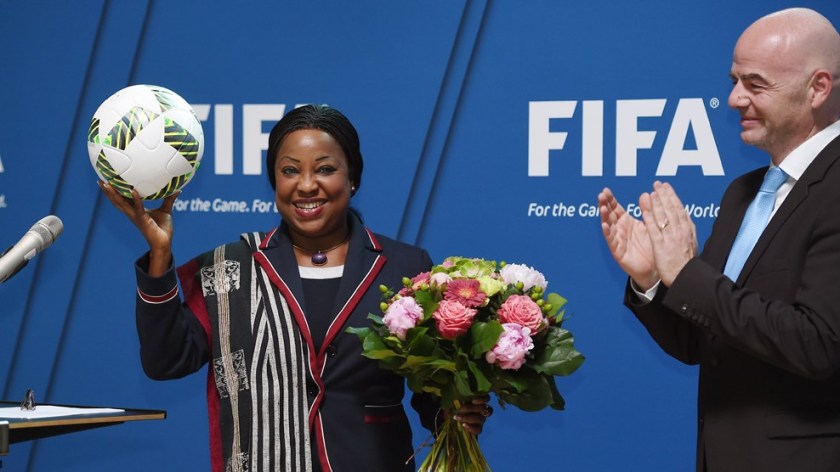 FIFA under the new Secretary General Fatma Samoura are trying a new approach considering the start of the process, when getting the host nation for the FIFA Football World Cup 2026 after the biggest frauds and kickbacks of late concerning South Africa, Qatar and Russia. Now, the organization after the case against itself in United States and the fall of Sepp Blatter. Surely the new FIFA President Gianni Infantino wants a change too! They are trying to swiftly change the organization, that is why Samoura has sent a letter to all Member Associations, to follow the 5th Principal in the Bid Rules of Conduct. Where it says:

“(i) conducting their own activities in relation to the Bidding Procedure in accordance with basic ethical principles such as integrity, responsibility, trustworthiness and fairness; (ii) rejecting any attempt to be influenced in relation to their function and obligations in relation to the Bidding Procedure; (iii) rejecting any gifts offered by any Candidate Host Associations, any of their bid consultants and/or nominees, unless such gift: a) only has symbolic or trivial value; b) excludes any influence for the execution or omission of an act that is related to their official activities or falls within their discretion; c) is not contrary to their duties; d) does not create any undue pecuniary or other advantage; and e) does not create a conflict of interest;” (2026 FWC Bidding Regulation).

In the letter from the Secretary General Samoura, it states very clearly to all:

“Notwithstanding the clarifications below, in order to ensure a fair and transparent bidding process, all football officials shall always conduct all of their own activities in relation to the bidding process in accordance with basic ethical principles such as integrity, responsibility, trustworthiness and fairness. Therefore, irrespective of the clarifications below, it must be understood that the Ethics Committee, as an independent judicial body, may, on its own initiative and at its full and independent discretion, decide to investigate whether any activities in connection with the bidding process are of an unethical nature by, for instance, creating an undue influence on the bidding process in violation of the FIFA Code of Ethics and further specific rules contained in the Bid Rules of Conduct pursuant to article 5 of the Bidding Regulations” (Fatma Samoura – ‘Further guidance on the Bid Rules of Conduct for the process to select the host(s) of the 2026 FIFA World Cup™’ 19.02.2018).

The FIFA Secretariat and Central Governing body is sending out a warning as the process is starting. Since they don’t want to have knowledge of or knowingly have people acting in bad faith or trying to corrupt fellow members. Even if that is the history of FIFA and the leadership of Joao Havelange and Sepp Blatter. They have done it with fineness and used time to fix the associations in their way, so they could find ways of using sport to get wealthy. That is well-known. Surely, Samoura want to change that paradigm and therefore write this letter to secure the process.

And you know that FIFA is afraid of getting corruption scandals, when Samoura has to type this:

“Accordingly, if a confederation, a regional association, a grouping of member associations or any individual member association is approached by a bidder offering a presentation of its bid, it is in principle fine to accept such an offer as long as the principles of fairness and transparency are respected. Therefore, in such an event, please notify FIFA in writing about any such offer from a bidder, but please also accept the offer of a presentation by the competitive bidder, offering both bidders the same format and attendance” ((Fatma Samoura – ‘Further guidance on the Bid Rules of Conduct for the process to select the host(s) of the 2026 FIFA World Cup™’ 19.02.2018).

So now if let’s say the United Kingdom wants to have the bid in Europe and the want to present it to France and Germany, than they have to notify FIFA and also allow the same delegation to travel to another bidder. Not make it exclusive, to make sure the process isn’t paid off as in the past. This will make the bidding process more hectic, but hopefully more transparent. Since it has been filled with PR Stunts and sudden pay-offs in the past, but not shown in public what is happening behind the scenes.

We can hope that FIFA is trying to change and not using words flamboyantly, to trigger the press and associations, that the process will be transparent and fair. However, their history is known of paying of minor or poor organizations to get the needed votes, also to make sure the confederates of several regions are getting a slice. To make sure the bidding nation get the swinging votes. We have to see if this can be altered, if the corrupt machinery can be stopped. That would be interesting, even if you take the head, the body is still the same. We just have to wait and see, if some skeletons comes out of the closet or not. Peace. 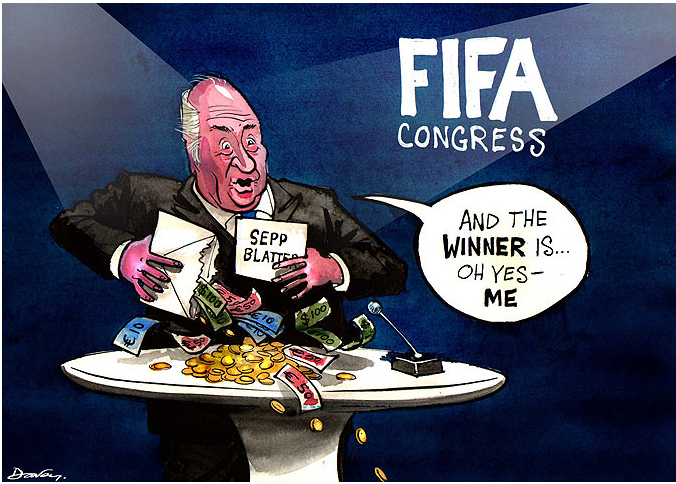 Measures announced today by FIFA fall far short of what is required to clean out corruption at FIFA and its associations.

Instead of agreeing to a serious independent reform commission, FIFA today announced yet another task force made up of 10 FIFA confederation members and one independent chair who has not yet been named. This will not be sufficient to win back trust in FIFA.

So far nine current and former officials face corruption charges in the United States. A judge has called FIFA a racketeering-influenced corrupt organisation. Those charged include officials on the highest FIFA committees and responsible for FIFA’s governance and compliance.

There are on-going investigations into the awarding of the World Cup in 2018 and 2022, and the Swiss authorities are investigating 81 suspicious activities involving FIFA.

Transparency International said that without a real independent reform commission there can be no confidence that FIFA can end its corruption crisis.

“FIFA is a rotten democracy where votes can be bought, bribes can be made and money can be laundered. It has promised reform many times before and failed dismally. They have failed fans and supporters today,” said Neil Martinson, Transparency International’s Director of Communications.

Transparency International with the #NewFIFANow campaign and the International Trade Union Confederation will continue to put pressure on the sponsors to ensure FIFA makes the kind of root and branch reforms that will lead to a new culture of integrity.

Transparency International says that to clean up FIFA has to:

Sepp Blatter was in charge when most of the corruption took place over many years. He should step down immediately. Potential candidates to replace him must accept that without an independent reform commission there will be no confidence or trust in FIFA.

FIFA’s own statement on the new Ethics commitetee: 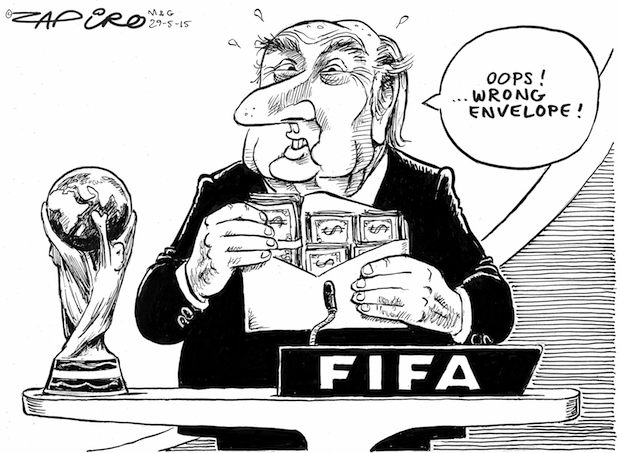 FIFA statement on proposals by Ethics Committee regarding Code of Ethics:

“FIFA fully supports the initiative to further enhance the FIFA Code of Ethics (FCE) announced today by the chairmen of the adjudicatory and investigatory chambers of the independent Ethics Committee, Hans-Joachim Eckert and Cornel Borbély(…)The request and proposals are in line with the ongoing FCE revision process started by FIFA and the Ethics Committee in 2013. We are dedicated to improving FIFA as an organisation, and will continue to strengthen its governance and accountability. Our work in this area continuously evolves, and we are focused on achieving the highest standards for the international football community(…)The current version of the FIFA Code of Ethics was drafted in cooperation with and was approved by the Independent Governance Committee (IGC) in 2012, following a proposal from the Task Force Ethics Committee established at the time, as part of FIFA’s reform process initiated in 2011”.