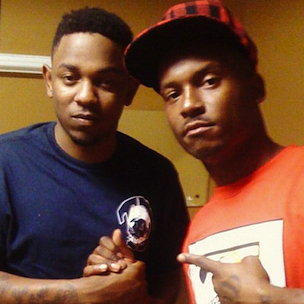 It isn’t often I discuss music. Today I got to. Not because Kendrick Lamar dropped a new ‘Control’ verse. This post will be about Kendrick Lamar and Fashawn. Because them both have released albums recently…

First and foremost, I have liked them both as artist K-Dot and Fashawn. Listen to their mixtapes like Section#80 and Higher Learning. Also their great projects like ‘Boys Meets World’ and ‘Good Kid M.A.A.D. City’.

Second there happen a lot over the years. I don’t listen to as much of the dropped music. So this will be more my view of it. The recent lousy projects I have listened to were Kid Inks album and Tygas random project with Chris Brown. They we’re so boring… that I gave up them both after two listening. Let me tell you. I will listen to K.Dots and Fashawns albums for so long. They are both good projects. Still I have some feelings about them.

Let me tell you. The style of Fashawn is so old-school way. Therefore Boys Meets World is like a Boom Bap paradise. The new album is up to day. You can feel the different producers of the tracks. That he has used time to build this one up. The only boring track Confess… is a weak ass of a song. That he wants to tell he is the best man a woman can get. Let me tell you Fashawn is better to explain how he feels about his past and his glories. The way that he lyrically can address the Fresno issues… That’s when he got you blasting the tracks into a blaze. I feel he is so underrated therefore I address him first.

‘To Pimp a Butterfly’

Now let me address Kendrick and his album. This one has been discussed and addressed by all the pundits between the moon and where there is no lights burning. So for me to go wild here would be unnecessary. Let’s say it doesn’t have the same amount of big hits as the first major release. He kind of follows the preaching society issues from Section#80 and the #HighPower agenda. Which is a good thing considering this form a Markie and major artist which is coming from TDE/Aftermath and not some indie label who gets 10K sold over 100 months. So this will be listened to and also make mark on the culture. He got a bigger reach then Fashawn. His star power is gigantic. Therefore he is now addressing that as well as social circumstances. Which is refreshing, he switches between flows and genres so that the listening experience isn’t boring and it grows on you. Get better with multiple listens.

Fashawn I dig his album and it will be on rotation for a god damn long time. The Same will happen with K.Dot. They are both good. But as a hip hop head. I prefer Fashawn even if he don’t have as many flows and storytelling ways. I keeps it more to formula. That’s why until recently I listened mostly to DJ Premier and Royce Da 5’9” with ‘Phryme’. I am that kind of guy. I know that a few of you now expect KRS and the Juice Crew to jump into the screen and dance for you. If not BDP to drop another classic! Well, I am sorry that will not happen. Unless you’re drinking… or smoking some of Snoops righteous spliffs.

And at this point K.Dot can nearly drop any kind of project and be praised. Fashawn can do whatever and be under the radar. Nobody would mind. Therefore I have to root for the underdog. Not to undervalue the progress and the stature of K.Dot, but somebody has to love and enjoy the records of Fashawn. He has also prospered but in a slow way from the indie release until being signed by Nas.

I just wished that Fashawn would have a bigger crowed and honored the way he deserve. The same goes to Killer Mike and all the other lyricists that hasn’t gone platinum. But they gone another direction and doesn’t also ways max out. Nevertheless, as long as they drop quality product, people like me will pick it up and even pay for it.

Big up for K.Dot or Kendrick Lamar who has made it. And dropping great music. Its well deserved!

While I am talking music, where is Mos Def hiding?