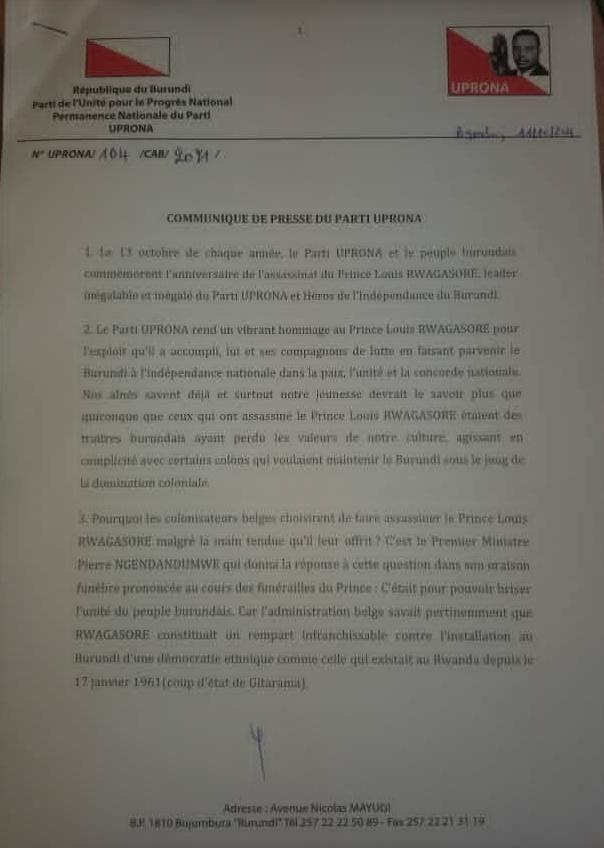 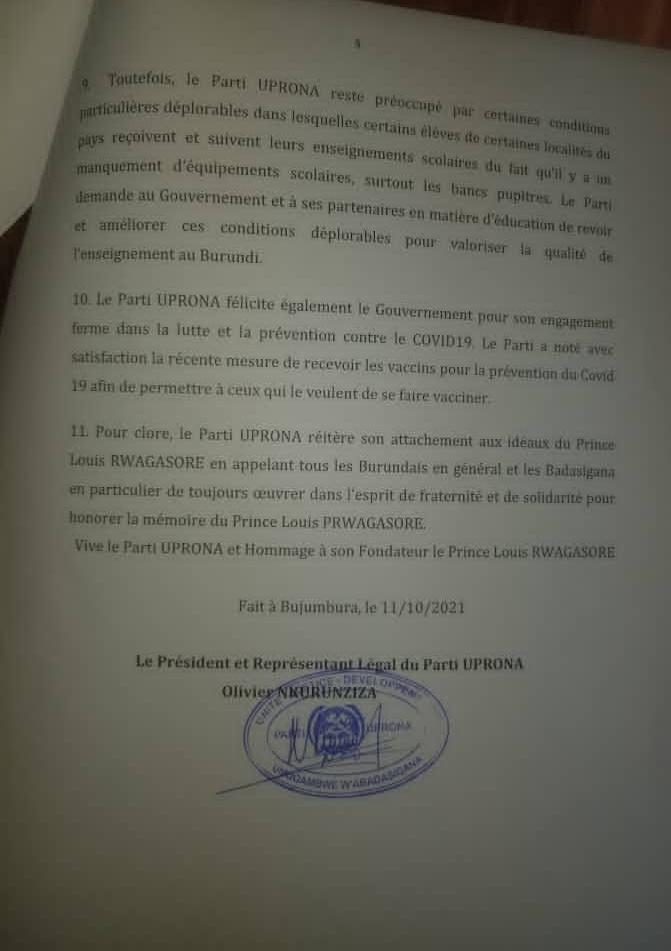 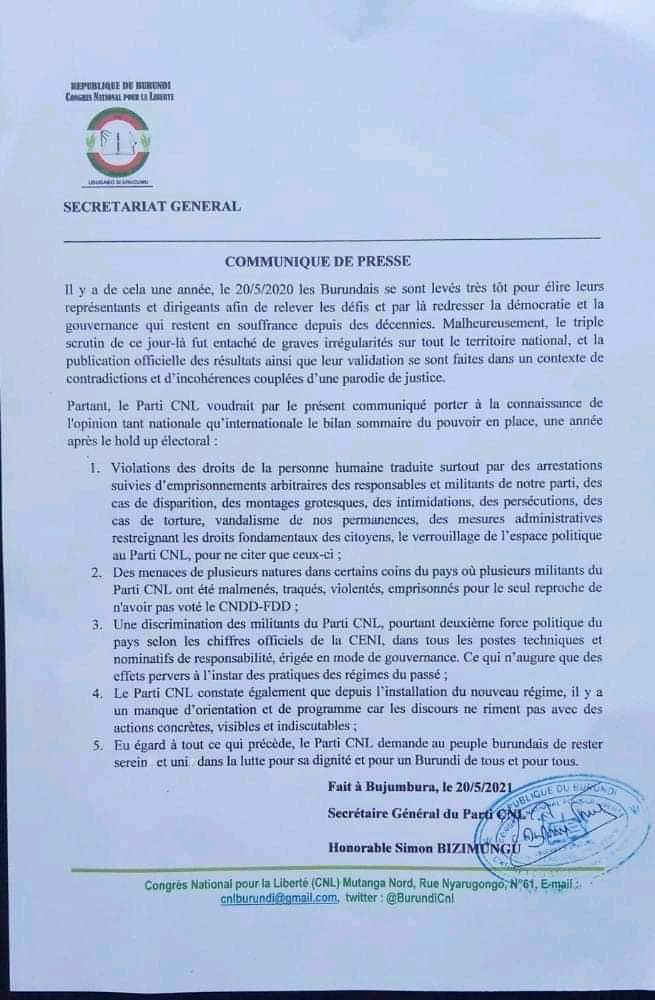 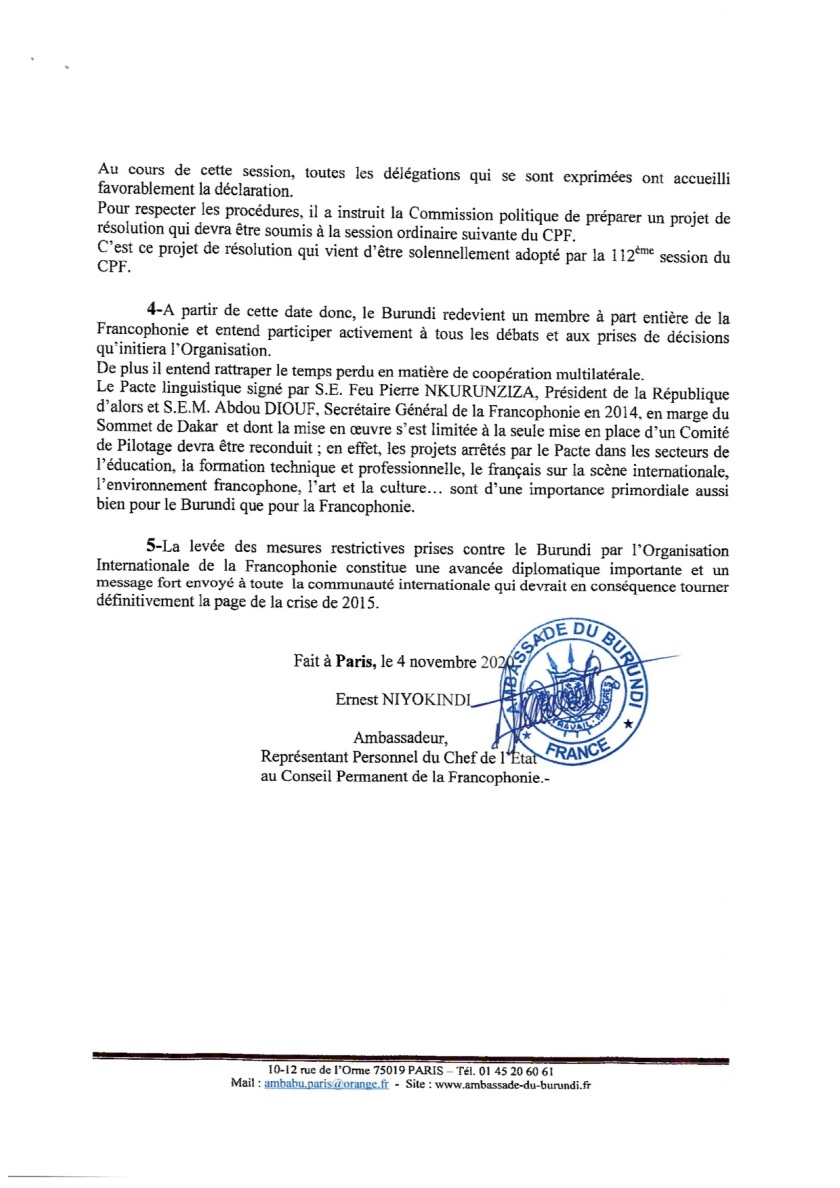 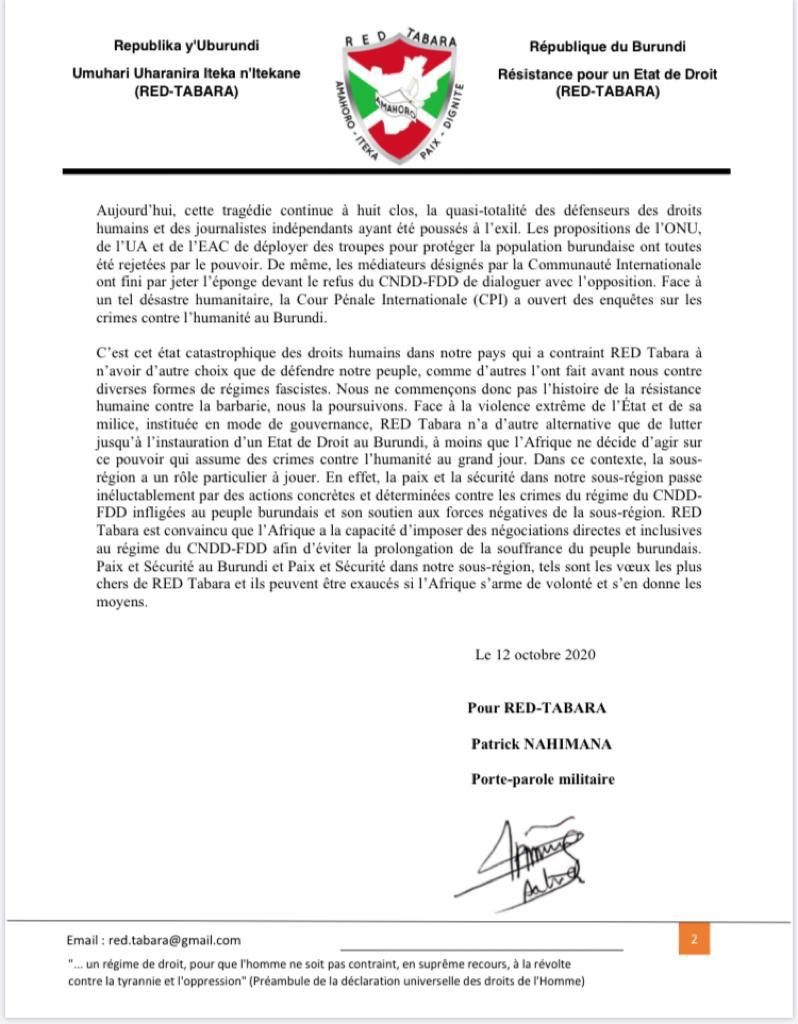 Since the Burundian crisis and the total control of power by the ruling regime of CNDD-FDD. The violence has escalated. The army, the police and the youth wing of the party have used violence, intimidation and brutality to enforce control of the Republic. They have promoted the leadership of the youth wing, Imbonerakure. The current day President Evariste Ndayishimiye is following the same program and same structure as his predecessor. Using the same means to silence critics and activists.

United Nations and Multi-National Organizations have meet a hostile behaviour. The Burundian government have also left the Rome Statute, which means they are not connected to the International Criminal Court. That they did to shield itself from prosecution and from investigation. Still, even doing that, the UN has still conducted investigations and prepared this report, which was prepared for the Human Rights Council period from the 12th September to 2nd October 2020. Therefore, this has gone public and the same struggles remains. The change of head of state didn’t change behaviour, only amplifying old human rights violations and conducting same violence against own citizens.

The CNDD-FDD and Ndayishimiye is following the same actions. Using the same means. It is worrying and that it’s not creating headlines or a stir. Says a lot as the innocent are beaten, tortured and killed. The Imbonerakure are allowed to act as the jury, the judge and the hangman. While the public can fear if they are dissidents or affiliated with organizations that is not sanctioned by the state.

“The perpetrators of these human rights violations were mainly members of the Imbonerakure and local administrative officials acting alone or jointly with the police or the National Intelligence Service. In cases of arbitrary arrest and detention, the responsibility lies mainly with police and National Intelligence Service officers, but also with members of the judiciary” (United Nations, P: 7, 2020).

“Several members of the CNL have been murdered in reprisal for their political activities. Violent clashes between the Imbonerakure and members of the CNL have resulted in injuries and deaths on both sides. Members of the Imbonerakure have also beaten up activists from the CNL individually or in small groups; some victims have been seriously injured, and some of these incidents constitute a form of torture” (United Nations, P: 8, 2020).

“People with a specific profile, such as currency traders and former members of the FAB (the former Burundian army), have been found dead a few days after their disappearance, obviously having been executed. The police have also conducted operations in which people have been summarily executed instead of being apprehended. Bodies bearing signs of violence continue to be found in public places, and the authorities make no attempt to establish the victims’ identities or the circumstances of their death” (United Nation, P: 11, 2020)

“The Commission has updated its list of alleged perpetrators of crimes against humanity, which remains confidential in order to protect sources and to respect the presumption of innocence of the alleged perpetrators. However, the Commission reserves the right to share the list. The Commission is extremely concerned about the fact that some of the individuals on the list hold senior positions in the new Government and have been promoted within the defence and security forces since the new President, Mr. Ndayishimiye, took office” (United Nations, P: 16, 2020).

We are seeing similar reports to what has happen during Nkurunziza. The CNDD-FDD is continuing to punish CNL and Ex-FAB. That is something they have continued to do during its reign. In Burundi that is status quo and the government are reigning with impunity. Using force against civilians and dissidents. This is what they do know and what they are known for.

This UN Report isn’t stating anything shocking, but a continued state of affairs, which deserves recognition. Since, this is totalitarian and tyranny, where the arms of the government is apprehending, assaulting and killing the ones who defies its rule. CNDD-FDD wants to be known for this, but hopes the headlines isn’t catching up on them. As they want to do this in silence and with as little reporting as possible. Because this is weakening their standing and the general perception of the Republic.

The new President Ndayishimiye wants to be glorified leader and a respected one. He doesn’t want to be remembered a bloody tyrant. Even if that is true, he got blood on his hands and that is his legacy. Just as it was the same for Nkurunziza, now its Evariste’s time to be so. The silence is deafening and we can wonder when somebody is really ringing the alarm. Peace.