The members of the Security Council expressed their concern at the challenges facing the implementation of the 31 December 2016 agreement.

NEW YORK, United States of America, May 5, 2017 – The members of the Security Council continue to closely monitor the recent developments in the Democratic Republic of the Congo. They have taken note of the appointment by President Joseph Kabila, on 7 April 2017, of a new Prime Minister, Mr. Bruno Tshibala, and of the responses of national stakeholders, including the Rassemblement, as well as the 20 April 2017 statement of the Conférence Episcopale Nationale du Congo.

The members of the Security Council expressed their concern at the challenges facing the implementation of the 31 December 2016 agreement, they noted that the signatories of the agreement were unable to reach a consensus on the special arrangements of the agreement signed on 27 April by some, but not all, of the signatories of the agreement. They called on all stakeholders to redouble their efforts to achieve a greater degree of inclusivity that would help in the resolution of the very serious problems faced by the DRC. They reiterated their call for a swift implementation of the agreement, in good faith and in all its components, in order to organize peaceful, credible, inclusive and timely elections, no later than December 2017, leading to a peaceful transfer of power, in accordance with the Constitution and Security Council resolution 2348 (2017). They noted President Kabila’s expression of support, in his address to the Congress on 5 April 2017, for implementing the agreement in full. They reiterated that effective, swift and timely implementation of the agreement is critical to a credible process and the peace and stability of the DRC, as well as in supporting the legitimacy of the transitional institutions, as it represents a viable road map towards the holding of peaceful and democratic elections.

To this end, the members of the Security Council called on all parties to remain committed to the agreement and the overarching objective of peaceful, credible, free, fair and inclusive elections by the end of 2017, including through the full and equal participation of women. They called in that regard for the swift and inclusive establishment of a government of national unity, the Comité National de Suivi de l’Accord, the adoption of a new electoral law and the full implementation of the confidence building measures agreed in chapter V of the 31 December 2016 agreement, some of which are yet to be implemented. They reiterated their commitment to act accordingly regarding all Congolese actors whose actions and statements impede the implementation of the agreement and the organization of the elections.

The members of the Security Council underscored the responsibility that all Congolese political stakeholders bear at this critical juncture in their country’s history, especially by overcoming their differences to reach consensus and upholding the interests and wellbeing of their people above all other considerations, and in ensuring that they are guided by the rule of law, restraint and the spirit of compromise and dialogue. They called on all concerned political actors, whether in the DRC or abroad, to desist from any actions that could exacerbate tensions. They further called upon all political parties, their supporters, and other political actors to remain calm and refrain from violence of any kind. Recalling Security Council resolution 2348 (2017), they urged the Government as well as all relevant parties to ensure an environment conducive to the conduct of this electoral process, in accordance with the Congolese Constitution, which includes free and constructive political debate, freedom of opinion and expression, including for the press, freedom of assembly, equitable access to media including State media, the security of all political actors, freedom of movement for all candidates, as well as for elections observers and witnesses, journalists, human rights defenders and actors from civil society including women.

The members of the Security Council reiterated their condemnation of the violence witnessed in the Kasaï region over recent months and expressed serious concerns at alleged violations and abuses of human rights committed in the region. They reiterated their serious concern at serious violations of international humanitarian law committed by local militia in that region, recruitment and use of children in armed conflict in violation of applicable international law, as well as attacks on DRC security forces and symbols of State authority. They further reiterated their serious concerns at the recent reports of a number of mass graves and of killings of civilians by members of the security forces of the DRC, all of which might constitute war crimes under international law. They further expressed concerns over the deterioration of the humanitarian and security situation, which has displaced more than 1 million people internally and forced more than 11,000 people to flee the country. They underlined the urgent need for safe and unhindered access for humanitarian actors.

The members of the Security Council also reiterated the importance and urgency of prompt and transparent investigations into violations of international humanitarian law and violation or abuses of human rights in the Kasais region. They further reiterated their intention to closely monitor progress of the investigations into these violations, including the disproportionate use of force, which will be conducted jointly by the Government of the DRC, MONUSCO and the United Nations Joint Human Rights Office in the DRC, and in collaboration with the AU, as announced by the Government of the DRC, in order to bring to justice and hold accountable all those responsible, and they look forward to their results.

The members of the Security Council stressed the need for a swift and full investigation into the killing of the two members of the Group of Experts established pursuant to Security Council resolution 1533 (2004) and underlined the need for full cooperation from the Government of the DRC. In this context, they further welcomed the Secretary General’s establishment of a UN Board of Inquiry to investigate the deaths of the two experts and his commitment that the United Nations will do everything possible to ensure that the perpetrators are brought to justice.

The members of the Security Council reaffirmed their strong commitment to the sovereignty, independence, unity, and territorial integrity of the DRC.

The members of the Security Council reiterated their support to the efforts of the Special Representative of the Secretary General, the African Union and regional organizations in helping to ensure the full implementation of the 31 December 2016 agreement, in accordance with Security Council resolution 2348 (2017). 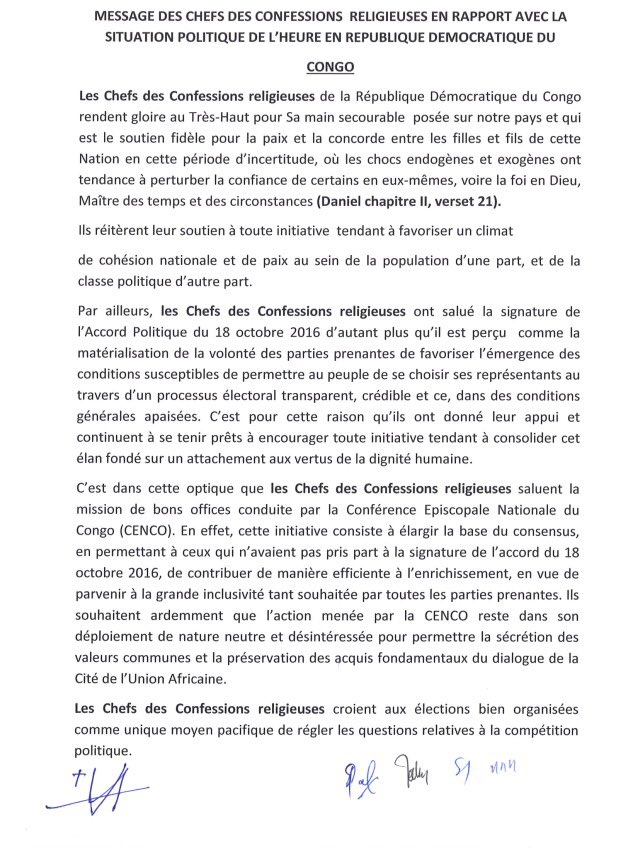 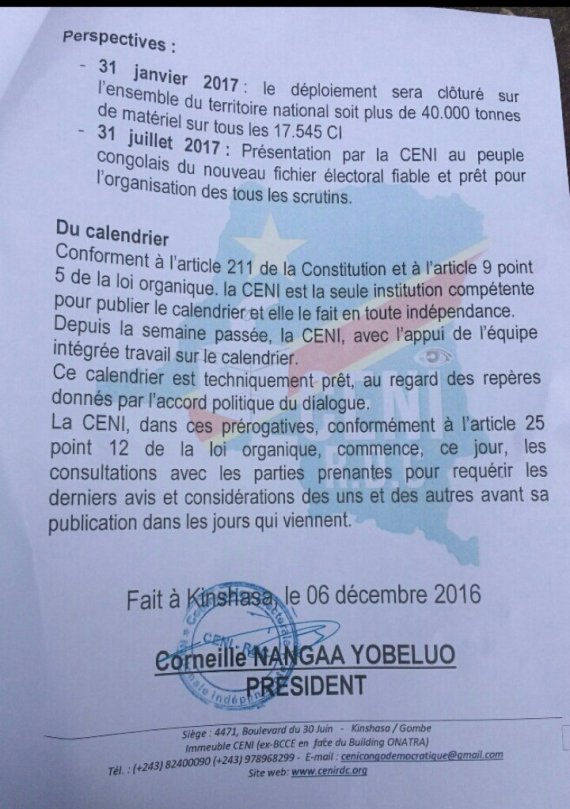