“Zimbabwe will delay paying June salaries for its army and security services by two weeks. [TAKE VO] Additionally, some civil servants will not be paid until next month as the government struggles to raise money for wages. Zimbabwe spends more than 80 percent of its budget on salaries. The finance minister has come out to say that this amount needs to be halved” (CCTV Africa, 2016).

A brief look into it!

Thousands of MDC-T supporters flooded the streets of Harare central business district in a demonstration against government’s failure to turn around the economy, among many other issues.

In a press conference held Wednesday evening, MDC-T Secretary General Douglas Mwonzora said the court ordered the ZRP to pay MDC-T’s application costs and to assist the party in holding the demonstration. “We are very excited that we have trampled the Mugabe regime as the judgement passed today (Wednesday) by the courts allows us to march in Harare and all the other cities and towns around the country,” said Mwonzora (Zimbabwe Hub. 13.04.2016).

“ZRP deployed water canons to strategic areas including at the Harare Magistrates court where thousands of MDC-T supporters gathered for the march against corruption, poverty and human rights abuses. It took a High Court decision for the march to go ahead after the MDC-T appealed police decision to block the demonstration claiming they were unable to provide officers to monitor the marchers” (Zimbabwe Hub, 14.04.2016).

The Pictures show how peaceful the demonstrations been and the Regime does what it can to hold the will of the people down. Peace. 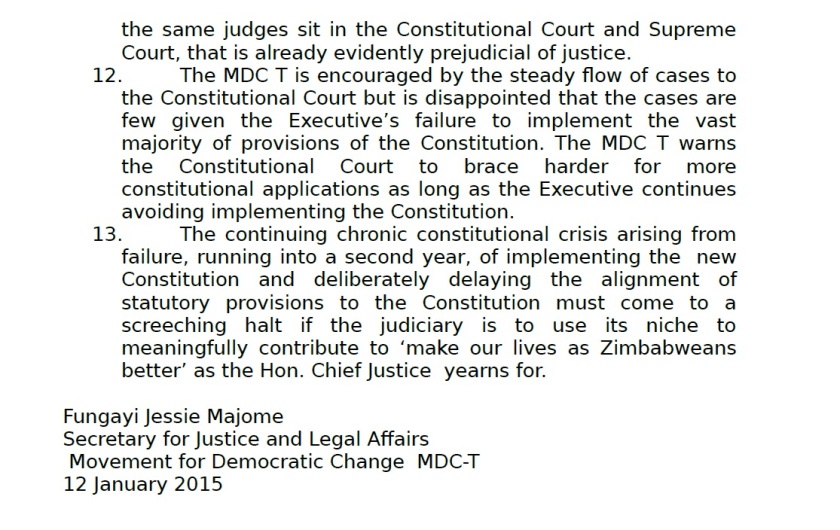