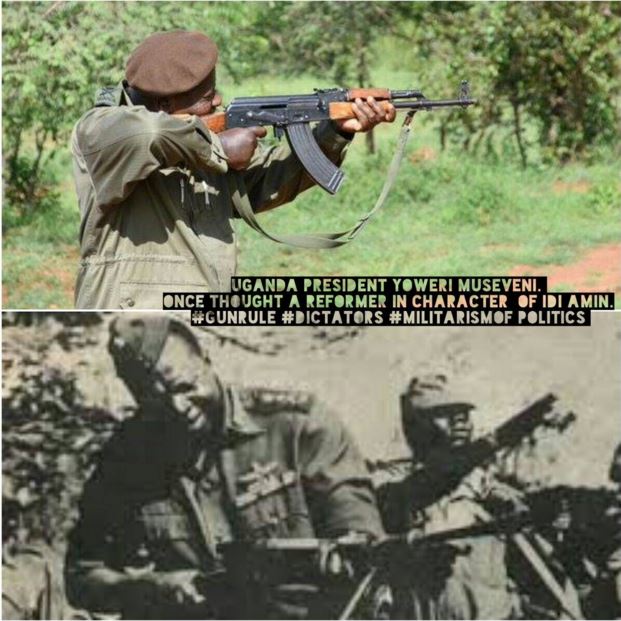 Ugandans will not allow Museveni to impose himself on the country using NRM cadre judges, and the savage barbarism of Kayihura//Muhoozi killer-torture squads. The nation’s patriotic youths are igniting the fire of Revolution that will spread across the land in the coming months.

Uganda’s Revolutionary youth are leading the Struggle for Freedom, and their message of DEFIANCE is spreading like fire across the Motherland.

As the ‘CHAIN’ WARRIORS’ were successfully highlighting the state of terror in the country, by chaining themselves in strategic areas of the capital city, Music Superstars, like Eddy Kenzo, Bobi Wine, etc, were making their contribution by using their performances as a launch pad for mobilising the masses.

Free Uganda thanks these patriotic youth for paving the way for the evolving struggle. We applaud their courage and determination in the face of intense brutality and repression from the Museveni / Muhoozi / Kayihura negative forces.

Fellow Liberation Struggle Patriots of the young generation – the CHAIN WARRIORS, the MUSIC WARRIORS, the STREET WARRIORS, the CITY WARRIORS, the VILLAGE WARRIORS, etc, your noble stand against injustice and Museveni’s terrorism is inspiring millions of our citizens and preparing the country for the final show-down in the People’s Struggle for freedom and democracy. 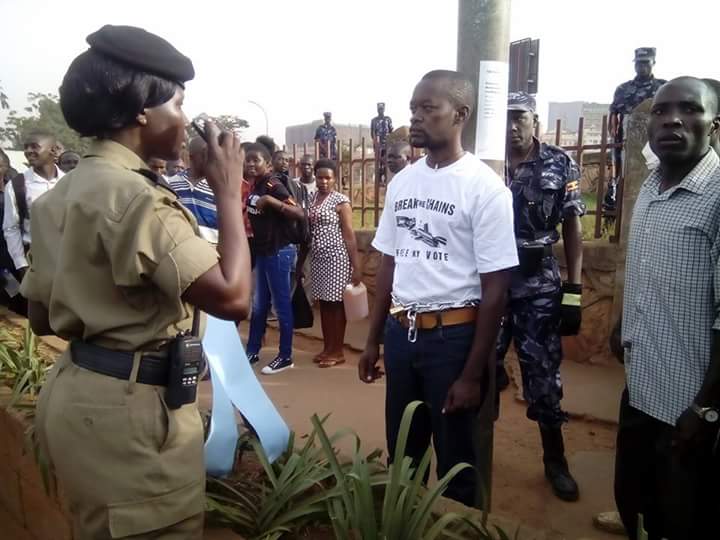 A lot more is to come in the days and months ahead, and Despot Yoweri Museveni must know that the Ugandan People will not rest until he is squarely defeated in his attempt to illegitimately hold onto power after what was the MOST RIGGED ELECTIONS ON THE AFRICAN CONTINENT

Never mind what some NRM CADRE JUSTICES say, in such incredible shameless support for the Despot, Ugandan People are not going to allow the Museveni Family apparatus to continue forcefully imposing itself on the country. Ugandans will not allow Museveni to hang around state house for what are purely egoistical and self-fulfilling motivations.

Museveni must understand that this time round Ugandans are not going to play any SOFTLY-SOFTLY GAMES with him.

The liberty, democracy, happiness and ‘Museveni-less’ future they seek is not negotiable.

Ugandans have decided to move on without Museveni, and it shall be so, whether the despot wants it or not.

And, for God and Country, every means permissible by the Constitution of Uganda will be deployed to achieve the desired outcome.