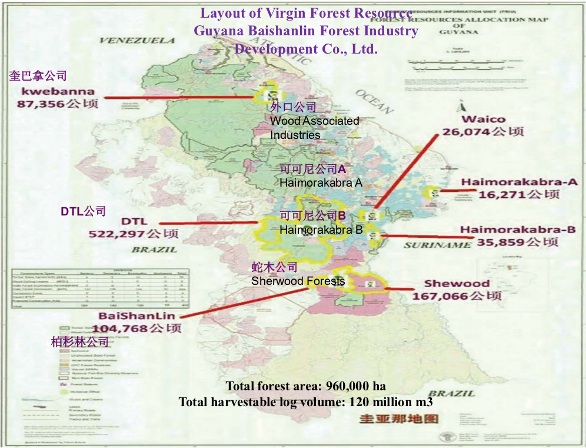 Today is the day after we have celebrated our Constitutional Day here in Norway. This is the day after the giant national party. Last week it just happened to be an election in the small South-American state Guyana which is in-between Surinam and Venezuela. As the Corruption Perception Index shows the magnificent position that Guyana in the world that there in the place of number 124 of 175 countries. Here is the chart from Transparency International:

To follow the story, I have looked for sources and how it has gone. This I had to do after reading Chris Lang’s report ‘Why did Norway agree to pay US$40 million just before Guyana’s election?’. That he published on the internet page red-monitor.org. As a Norwegian I haven’t really heard anything about the election or the funding of the rainforest projects in Guyana. We have seen our development minister Erik Solheim travelling to Brazil and looking at the crazy animals and green trees in the rainforest. So I had to check what has been said. Here is what I have found. And hope it’s worth five minutes of your day.

The now former president of the Republic of Guyana H. E. Donald Ramotar on the 5th payment on the 7th of May 2015 stated this: “Fellow Guyanese, I am pleased to announce today that Guyana has received a payment of $8 billion (Guyana) from the Government of Norway. This is a billion more than last year’s payment, and brings the total received from Norway to $38 billion” (…) ”All Guyanese should feel proud of the vote in confidence expressed by Norway in announcing that they are willing to pursue a second agreement up to 2020, a policy that only the PPP/C supports in Guyana. And all Guyanese should feel proud that we have earned the most money from a forest partnership in the world, after Brazil. Money that is being directly spent on the people” (…) ”the LCDS has done a lot. Guyana has now deployed US$120 million into projects, which are enabling the rehabilitation of Cunha canal that will protect Georgetown, and the communities and farms along the Mahaica River from floods like we saw back in 2005” (…) ”First, the opposition tried to stop Norway from paying Guyana the money that we earned from keeping our forests standing. When the opposition failed to achieve this, they tried to stop us from spending this hard earned money on the Guyanese people by cutting the entire LCDS budget!” (…) ”we have always been fighting to protect our nature so that we can leave an even more beautiful Guyana as a legacy to our children – and today we are leading the world in showing how finances can flow to forest countries. Guyana was once known for rigged elections and economic decay – today we are known for global environmental leadership. The benefits are for all our people, and we must not throw them away”.

On the 8th May “The Government of Guyana this morning announced the receipt of US$40 million from the Government of Norway for maintaining low deforestation rates and improving forest governance” (PRNewswire).

To the Antigua Observerer President Ramotar is quoted on the agreement with Norway: “(This is) a policy that only the PPP/C (People’s Progressive Party/Civic) supports in Guyana. And all Guyanese should feel proud that we have earned the most money from a forest partnership in the world, after Brazil, money that is being directly spent on the people.” (…) “believe that not a single Guyanese living on the coast should need to worry when there’s heavy rainfall that their community will flood. And not a single Guyanese in the hinterland should need to worry about not having water during droughts. Nor should any Amerindian community need to worry about having enough economic opportunities to support their development.” (…) “Today, Guyana is one of the leading countries in the world in managing natural resources sustainably. And every Guyanese is benefitting from this. Our most recent deforestation rate was even lower than the previous year.” (…) “All Guyanese should feel proud of the vote in confidence expressed by Norway.” (…) ““I urge every Guyanese to think hard about what is at stake and to make the best decision next Monday to continue down a path of development and progress,” (Antigua Observerer).

On the 12th May reports was saying: “Guyana has received $40 million for climate services and intends to use part of the money for a transformational hydroelectric project in order to reduce the cost of electricity” (…) “The payment was made by the Government of Norway and represents earnings from the Guyana-Norway partnership which in total now amount s to $190 million out of a potential $250 million” (Caribbean News Service).

On the 16th May this new has arrived: “HIS Excellency, Brigadier (rtd) David Arthur Granger, is Guyana’s duly elected and sworn 8th Executive President, Commander-in-Chief of the Armed Forces and Head of State of the Cooperative Republic of Guyana. President Granger was administered the Oath of Office yesterday at the Public Buildings by Chancellor of the Judiciary, Carl Singh, in the presence of the thousands that converged to witness history. The Oath was administered following the reading of the Official Proclamation by Chairman of the Guyana Elections Commission (GECOM), Dr. Steve Surujbally” (…) “The official Inauguration Ceremony for the new Government is slated for May 26, at the Guyana National Stadium, and as had been promised by then coalition presidential candidate, Brigadier (rtd) Granger, Guyanese will celebrate the nation’s 50th Independence Anniversary from its colonial masters, under an APNU+AFC Government of National Unity” (Eleazar).

Newly elected David Arthur Granger said on the inauguration: “I extend the arm of friendship to former president, Donald Ramotar, and the members of the PPP to join this great movement of national unity.” (…) ”let us embrace each other regardless of religion, regardless of race, regardless of class, regardless of occupation…as fellow Guyanese let us work together to realise our inspiring national motto, One People, One Nation, One Destiny” (…) ”Guyanese, the elections are over, the people have chosen their representatives, the Constitution has been respected, our democracy has been fortified, let us now put past rivalries behind us and work in unity to banish poverty, ignorance, fear and hatred” (Eleazar).

Tweedie of the Morning Star tells the story of how close the election in Guyana really was: “GUYANA’S ruling party has alleged fraud in the general election, with just 43 votes separating the two main presidential candidate” (…) “It claimed that the opposition Partnership for National Unity and the Alliance For Change (APNU+AFC) received almost twice as many votes as there were voters in some regions” (…) “The PPP also expressed concern over the “extremely high” number of rejected ballots and accused the APNU of intimidating its representatives and chasing them away from polling stations” (…) “And the APNU declared victory for its candidate David Granger on Tuesday, long before the vote was complete” (Tweedie).

Former Speaker of the National Assembly, Ralph Ramkarran has commented: “No longer motivated by his high ideals, it (the PPP/C) allowed one-man rule, arrogance, crime, corruption, nepotism and high living to flourish and become dominant features of its governance” (…) “Ramkarran said that the PPP/C ignored the fact that it lost a significant percent of its support at elections held in 2011. “It deluded itself by a self-serving analysis that apathy caused its supporters to stay away from the polls in 2011. This prompted an expectation that elections with a divisive political strategy will restore its majority. Thus it rejected any idea of a coalition government.”(Rockecliffe).

If this isn’t getting your minds to think and I understand the thoughts of Chris Lang and Redd Monitor. I am just thinking. What is the real measure of the money spent into the saving of the rainforest? How will this sizeable funding scheme really be governed? We now can read reports of possible election frauds in Guyana, also considering the number and place of the country considering their position as the 124 of 175. There are expected that the former President will be happy for the agreement between Norway and Guyana. This is the 6th Payment and also building a Hydroelectric plant in Guyana for 40$B. If this doesn’t make your mind boggle a bit and how this doesn’t seem right. I get worried when the politicians and campaign talks about this funding of deforestation. If you don’t mind I will snip out the most questionable quotes from the ‘Joint Concept Note’ that both government agreed on 6th May 2015. Also the letter from Guyana Forestry Commission from 13. Januar 2015. Hope you enjoy! Peace. 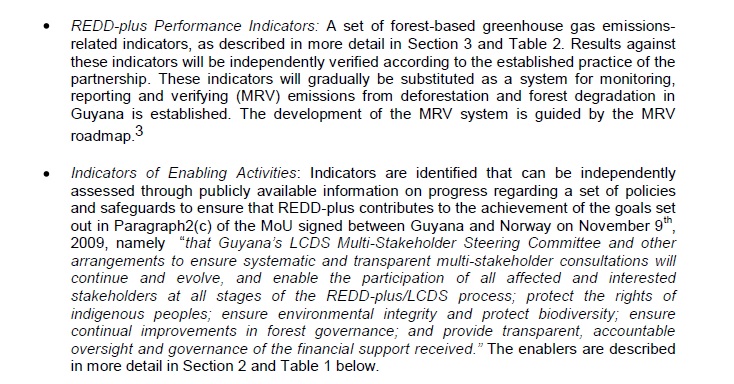 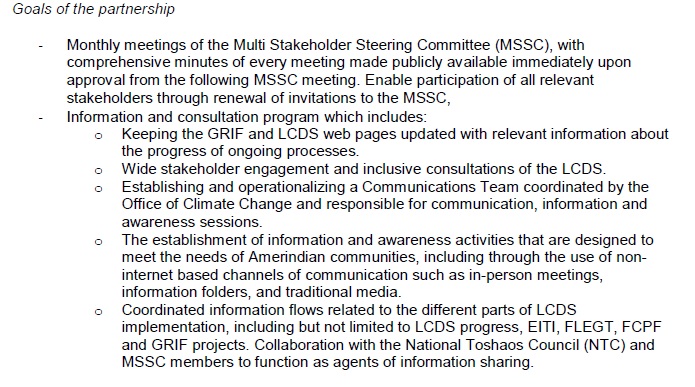 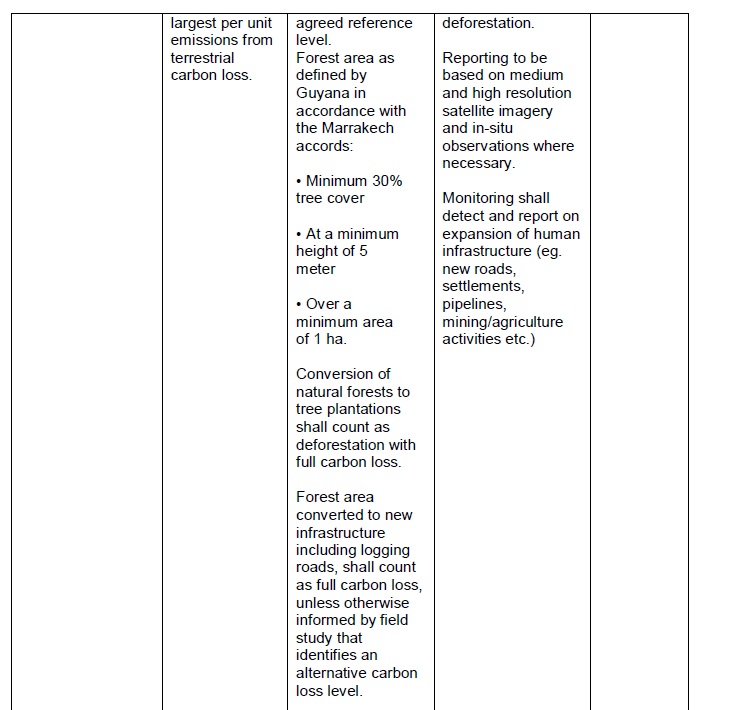 The letter from Guyana Forestry Commission: 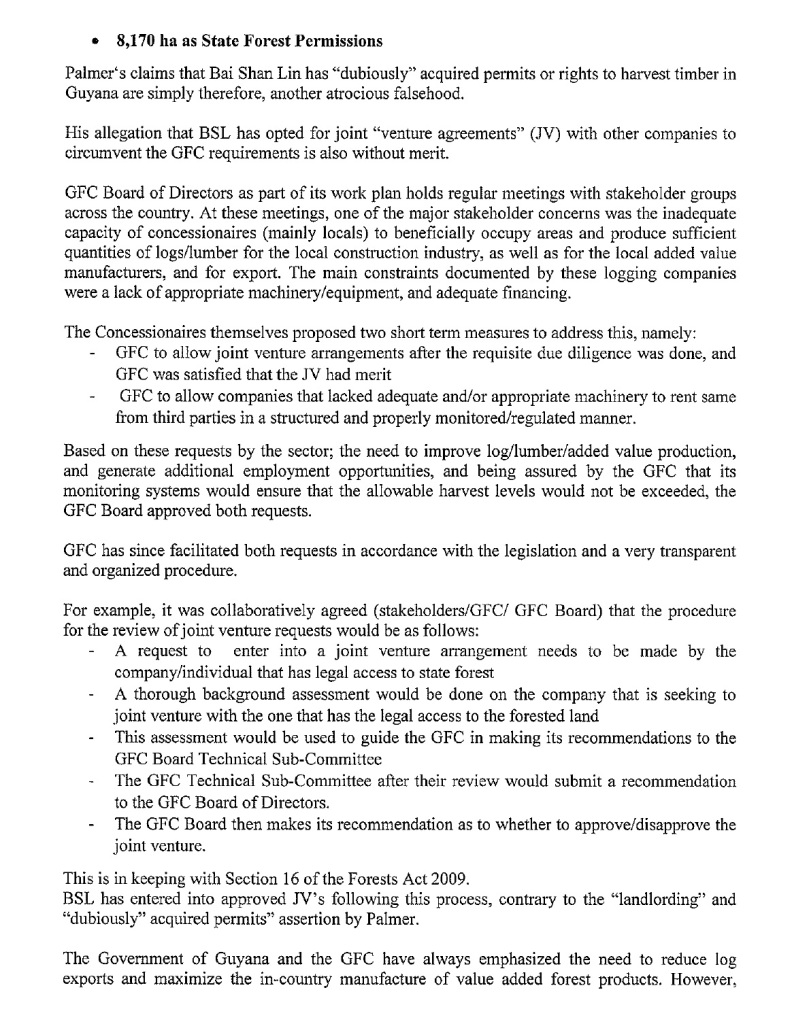 PS: If  that wasn’t cool enough for you. Peace!

Antigua Observer – ‘Norway pays over $8B to Guyana – signals willingness to partner with Gov’t until 2020’ (08.05.2015) Link: http://antiguaobserver.com/norway-pays-over-8b-to-guyana-signals-willingness-to-partner-with-govt-until-2020/