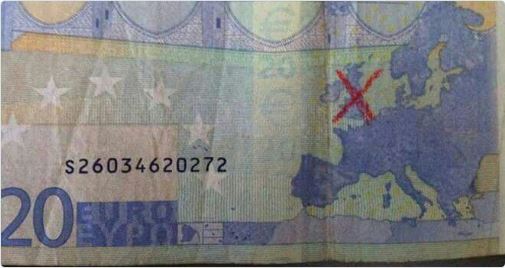 Gianni Pittella said: “This is no time for polemics. This is a historic event, we need clarity. Do we get clarity from the Brexit side? Difficult to see why all of a sudden there’s no clarity.” (European Parliament, 2016).

There are many of these days when one Member State have taken the vote to leave the Almighty European Union and their Organizations. This is rare occasion that shows the ramifications on the European continent. The leadership of Europe and Britain will be tested and go through fire, what we as Europeans can hope for is humility from the different partners and regulators. The Nobility of President of the European Parliament Jean-Claude Juncker shows of a man who has been punched in the stomach and tries to sustain the honor of fellow kin; while the others in Parliament we’re either ignorant, pan-Eurocentric or just wanting to speak of honoring the vote of confidence of other Eurosceptic. This is the start of the solution.

As the MEP spoke, this is how the Plenary Meeting we’re presented:

“The European Parliament held an extraordinary plenary session in Brussels on Tuesday 28 June for MEPs to discuss and vote on a resolution assessing the outcome of the UK referendum and its consequences for the European Union. European Commission President Jean-Claude Juncker and Council representatives also took part” (European Parliament, 2016).

“There was a democratic vote, we voted to remain [in Northern Ireland]. I tell you, the last thing that the people of Ireland needs is an EU border with 27 member states, stuck right in the middle of it” (…)”The EU has supported our peace process,” she said. “I ask you to continue to do that” (…) “MEPS like Diane Dodds and Marine Le Pen would say that we in the North of Ireland are bound by a UK vote. We say we are not. Like the previous MEP Mr Smith, we ask you to respect our vote. We stand by the vote of the people from the North of Ireland, just like Scotland which voted remain. We accept, we respect and we will defend the wishes of the people of the North of Ireland.” (European Parliament, 2016).

“While I am proudly Scottish, I am also proudly European. Please remember Scotland did not let you down and I beg you colleagues, do not let Scotland down now.” (European Parliament, 2016).

“The United Kingdom will not be the last member State to leave the European Union.

“It is up to the British Government to invoke article 50. And I have to say that I do not think that we should spend too long in doing it” (…) “What I’d just be pragmatic, sensible, grown-up, realistic, and let’s get between us a sensible tariff-free deal and thereafter recognise that the United Kingdom will be your friend, that we will trade with you, we will cooperate with you, we will be your best friends in the world. But do that sensibly and allow us to go off and pursue our global ambitions and future” (…) “The only upheaval is political upheaval where we see the Prime Minister resigned and indeed the British Commissioner Lord Hill resigned. They both have done so for the right reasons. You never know, we might be getting rid of the Labour Party Leader as well. But upheavals in politics can actually be a very healthy and very good thing” (European Parliament, 2016).

The Answer from President Jean-Claude Juncker:

““You can’t leave a nation up to its nationalists. You have to respect the nations, but you don’t need to respect the nationalists, they are not patriots, they are anti-Europeans. They are not patriots at all.” (…) “The UK didn’t vote on austerity policies, they didn’t vote on the protection of external borders. The UK is not a member of the euro zone, so the euro policies does not apply to the UK. The UK is not a part of the Schengen area so the United Kingdom is a master of its own borders.” (European Parliament, 2016).

“”Isn’t it funny? When I came here 17 years ago and I said that I wanted to lead a campaign to get Britain to leave the European Union, you all laughed at me. Well, I have to say you are not laughing now, are you?” (…) “And the reason you are so upset, the reason you are so angry has been perfectly clear from all the angry exchanges this morning: you, as a political project, are in denial. You are in denial that your currency is failing, you are in denial… well, just look at the Mediterranean.” (European Parliament, 2016). 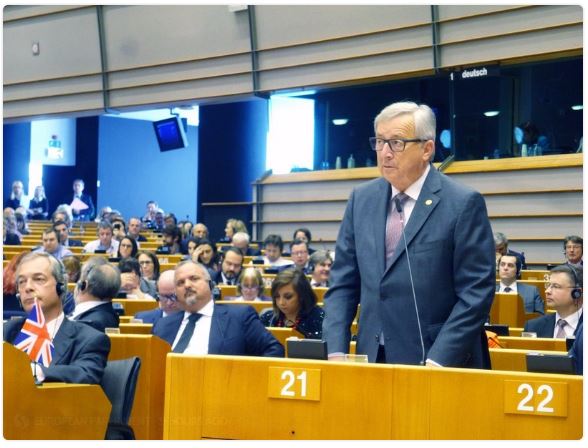 “I am sad after the vote in the UK. I really would have liked that the UK would have decided to stay with us but they decided differently” (…) “I’m sad because I’m not a robot, a bureaucrat or a technocrat. I’m a human being and I regret the results of the referendum” (…) “I would like the UK to clarify its position. We cannot allow ourselves a prolong time of uncertainty period. There won’t be secret negotiations. No notification, no negotiation” (…) “We need to reassure Europeans. Our flight continues, our journey continues” (European Parliament, 2016).

“The will of the majority of citizens of the United Kingdom must be done. It has to be respected and that is why we will be looking today intensively at the issue of Article 50 and its triggering.” (European Parliament, 2016).

If these words don’t prove something, then nothing does. We can see the liability of the vote and now the fragile situation that is created between the United Kingdom and the European Union. Certainly the situation does not become better with the consideration and rhetoric used by either UKIP Nigel Farage or European Commission President Jean-Claude Juncker. The words between UKIP leader and European Commission President we’re not worthy of Parliament, reasons why I didn’t address the Le Pen or other ‘Nationalist’ who wants to coin in on the current affairs instead of creating progress. I am not a man who supports the EU, but still see the value of integrity and transparency between the counter-parts of Europe and collaboration of the Union.

With that in mind, the Northern Ireland and Scottish MEPs represented their constituency with honor and also respecting the vote, still wishing to be taken serious as people and voters who wanted to ‘Remain’, they proved the hard task of Nobility towards the Brexit Referendum in the whole United Kingdom and their own constituency, a reason alone why the other MEPs respected their words and character. While after this, Nigel Farage continued his flabbergasting words and acting as brute, instead of happy victor with some clarity. Farage was like a kid who finally gotten his candy he had nagged for the whole car-trip. Instead of being a Politician with humility and trying to commend the Union, as he forgets or trips on the escape button; like Farage doesn’t know that the levels for leaving the Union the rubberstamp by the fellow MEPs who are responsible to accept the agreement between UK and EU in the near future.

While Jean-Claude Juncker is a disappointment, he can be right about how he perceive the Union, but the doubt of the centralized organization of Brussels that many Europeans have a problem with, and doesn’t need to be nationalist or right-wing separatist, more about the question on being Sovereign, which is major question towards the EU. But, his attitude and quarrel with Farage, doesn’t make him look bigger, instead like a little kid losing his favorite toy. That is not the look the ‘aftermath’ of the UK referendum needs. 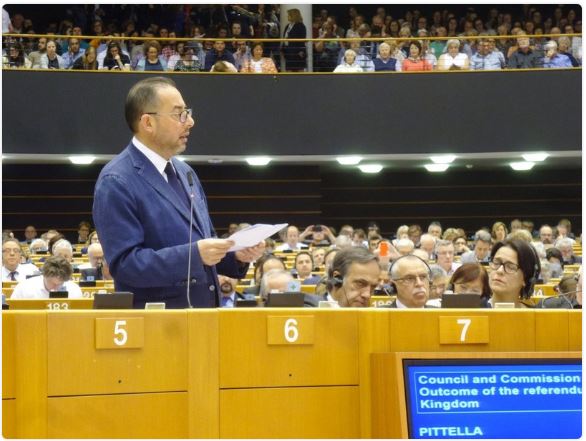 What the Italian MEP Gianni Pittella said was spot on, as the Italian sees the big picture and the accurate vivid the uncertainty and needed for clarifications on the United Kingdom and the EU leaving as the Member State of the Union. The Italian are representing something refreshing and other in the debate, as the Scottish and Northern Ireland MEPs are respectable, but also wishing to be considering as special candidates for Membership in the future it seems. This is as the England and Wales population; we’re the majority voted on the whole of referendum. While the other we’re either biased for the Nationalistic or Eurocentric that the ideas of addressing it with equal sense and clarity, instead of being there to act upon the decision made by the British public with care and honor. Certainly some like EU Commission President Juncker acted wrong… he acted with the sense and talked with caution instead of childish towards Farage, there would be a better taste in my mouth as an outsider.

But let me not forget what MEP Greens Belgium Phillippe Lamberts: “No wall will be high enough and thick enough to isolate Europe from the challenges of the 21st century” (…) “Today you can only have sovereignty if you share that sovereignty” (European Parliament, 2016).

We can question the future and how this will end, if the EU negotiations towards the UK will be in the fashion of the Commission President, then the Farage should take care of his words, while the bureaucracies on both sides have to be solid and clear on their programs, as the monetary policies and the exclusions from the current programs from the EU will hit the UK with unknown consequence, as the EEA or other possible tangible ways in the Single-Market of Europe still will be on the line. The matter of the tone and progression as respectable men should be in the end the level of concern between the negotiators.

What is worrying that the level of attitude from men likes Nigel Farage, not that I am shocked as he does have the con-man, the fraudster and the snake-oil salesman smile and attitude that cannot be taken away from him. The United Kingdom must hope they send some talented and wise consular towards the European Union when they are pushing the Article 50 and triggering the 2 Year time-table to become a Non Member State. This is a reform and reformation takes time and UK need to take their time. While EU has to prove their Community and their Peace Project worthy and Juncker was not that today, I am disgusted by him and also by Farage, but Farage was more to expect then Juncker. Peace.