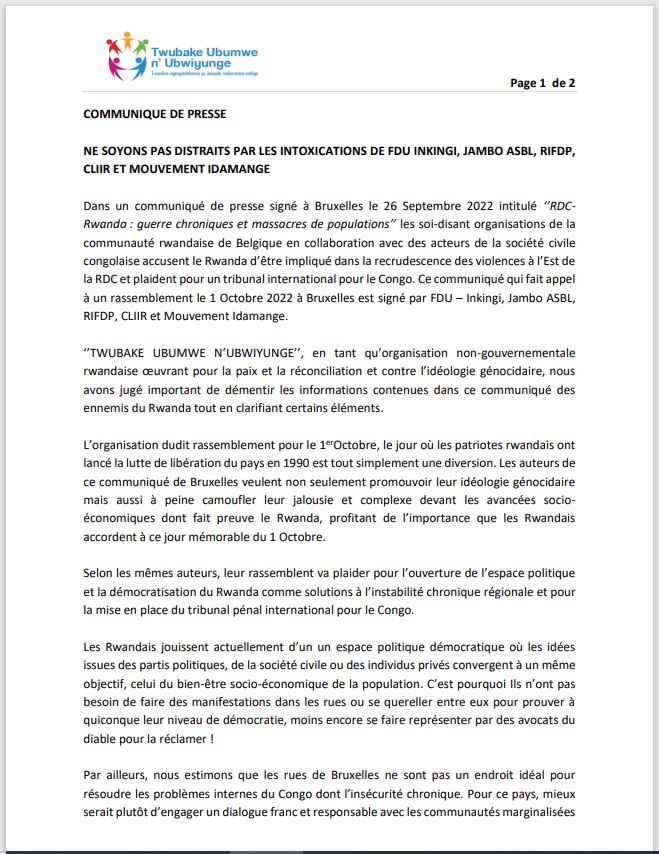 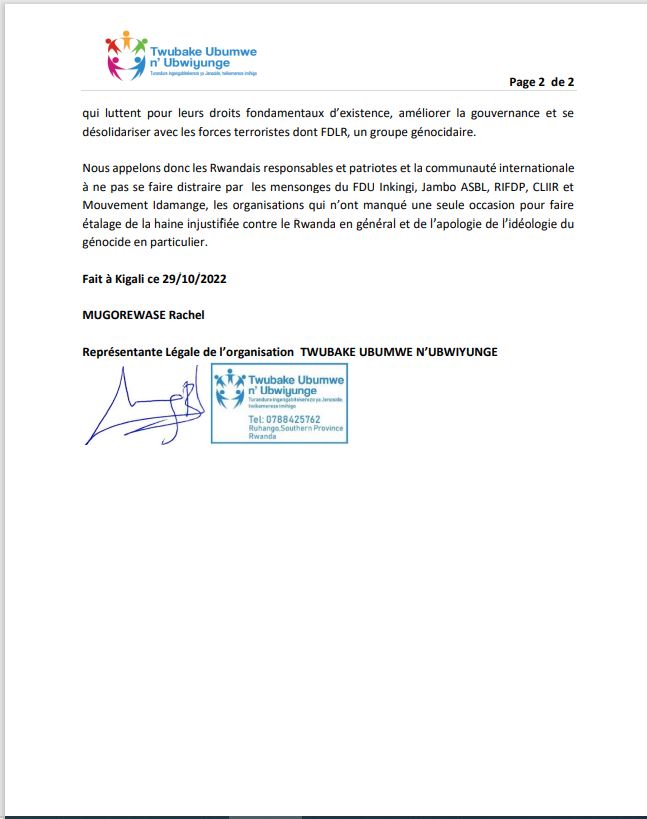 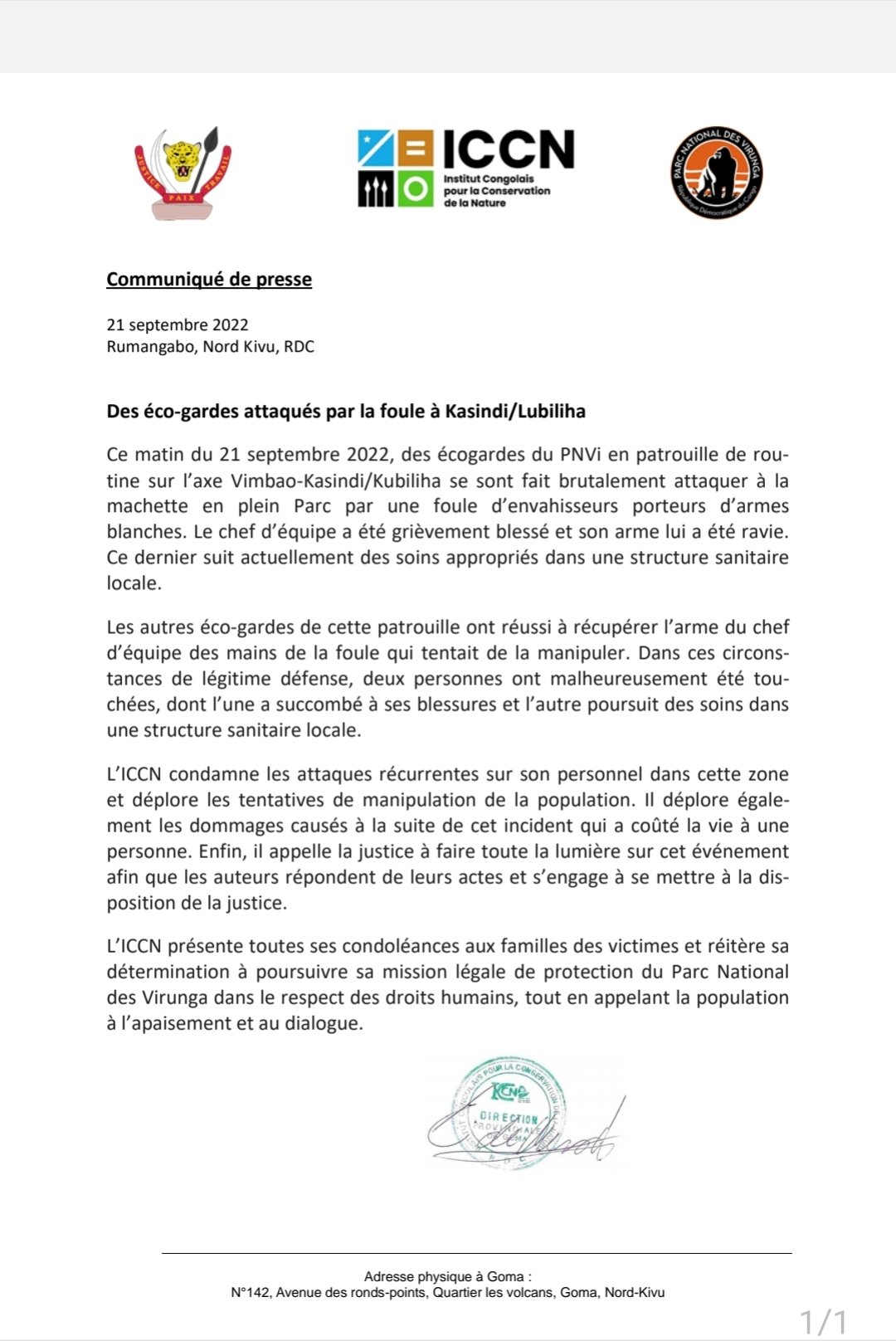 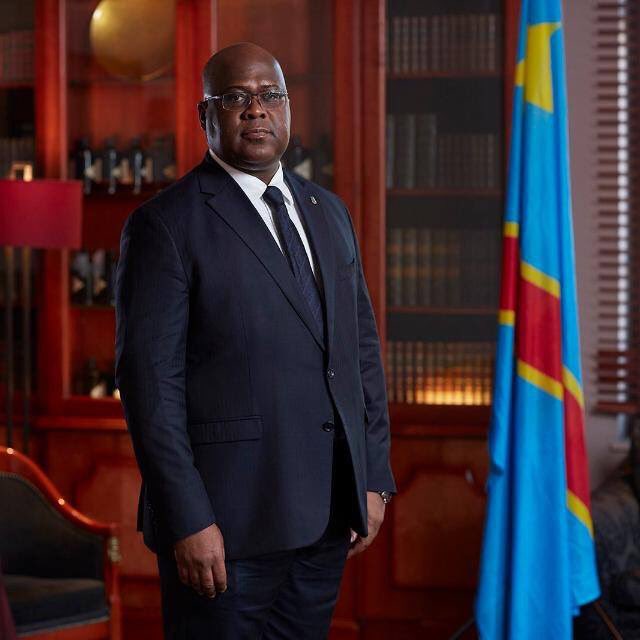 The President argued that the DRC has been a victim of a security crisis that has lasted more than 20 years aggression.

GENEVA, Switzerland, September 21, 2022 – The major challenges facing humanity “complex and interlocking,” Félix-Antoine Tshisekedi Tshilombo, the President of the Democratic Republic of the Congo (DRC), said on Tuesday evening, while he also noted that the DRC had faced decades of ‘agression’ at the hands of a neighbouring country. “Peace and security for all, controlling climate change, relaunching the global economy post-COVID economic recovery; combatting poverty and promoting collective well-being” are today’s most pressing challenges, he said.

Overcoming them will require working in greater concert, with more cooperation and solidarity between States and nations, the DRC leader said in his adress to the opening of the UN General Assembly’s annual high-level debate.

At present, this question is “crystalizing around the fight against terrorism as well as calming hotbeds of tension” in Europe and in Africa, he continued.

“Terrorism has spared no continent,” said Mr. Tshilombo, adding that having metastasized in Africa, the continent is paying a heavy price.

He noted that in the name of religious fundamentalism terrorists are barbarically killing innocent people in the East, West, Centre and South of the continent.

And while remarkable progress has been made in the Middle East to combat the scourge, it is far from being eliminated.

As a DRC is victim of terrorism, despite its membership in the Global Coalition against the Islamic State, the President called upon the UN to become actively involved in implementing the recommendations of Coalition and the Aqaba process.

“Statements of intention and proclamations of faith without any vigorous collective action on the ground we never be enough to eradicate terrorism,” he said.

The President argued that the DRC has been a victim of a security crisis that has lasted more than 20 years aggression.

“Despite tireless international efforts a massive UN military presence in the DRC and diplomatic support for 23 years, this security problem continues to aggrieve my country,” he said.

To eradicate insecurity once and for all and restore lasting peace, and stability in the country’s east, several agreements were signed with armed groups and neighbouring countries along with the creation of national and international mechanisms, but he lamented that a settlement lasted only a few months.

“Very quickly the architecture of those prospects cracked, and the building collapsed,” he said.

The Head of State drew attention to attacks from neighbouring Rwanda along with what he saw as that country’s support of armed terrorist groups that are ravaging the Eastern Democratic Republic of the Congo.

In defiance of international law, the UN Charter and the Constitutive Act of the African Union, he said that Rwanda, on 23 March, not only launched a direct military incursion in North Kivu but had also provided ”massive” support to the M23 armed terrorist group in occupying localities there.

“The M23 with the support of the Rwandan army even shot down a MONUSCO helicopter and killed eight blue helmets…committing a war crime,” he said, referring to the UN peace and stabilization mission in the country.

Mr. Tshilombo said that he would continue to “tirelessly denounced” the aggression.

He went on to call for increasing pressure on Rwanda and the M23 so that they respect the positions taken by international organizations. Furthermore, he said there must be broad support for the continuation of the Nairobi peace process, the Luanda DRC-Rwanda talks and the deployment of the East African regional force .

In that context, he also urged the intenational commnity to support and encourage the former President of Kenya, Uhuru Kenyatta, and the current President of Angola, João Lourenço, Mediators of the East African Community ( EAC) and the African Union in the security crisis in the DRC, to continue their good offices.

He told the Assembly that that Rwanda’s responsibility along with that of its allies, the M23, have been documented in reports by UN-mandated experts and the expanded joint verification mission of the International Conference on the Great Lakes Region, international humanitarian non-governmental organizations and human rights organization.

But, to dispel any doubts and put an end to the denials of Rwandan authorities on the subject, the DRC’s most senior official asked the Security Council President to officially distribute to its members, the latest UN report on the subject.

“It is a question of the very image and credibility of our Organization,” he said.

To proceed otherwise would encourage Rwanda to continue its aggression, war crimes and crimes against humanity in the DRC, he warned, adding that it would also further fuel the Congolese people’s legitimate suspicion surrounding the UN’s impartiality as well as the complicity of some of its members in these crimes. 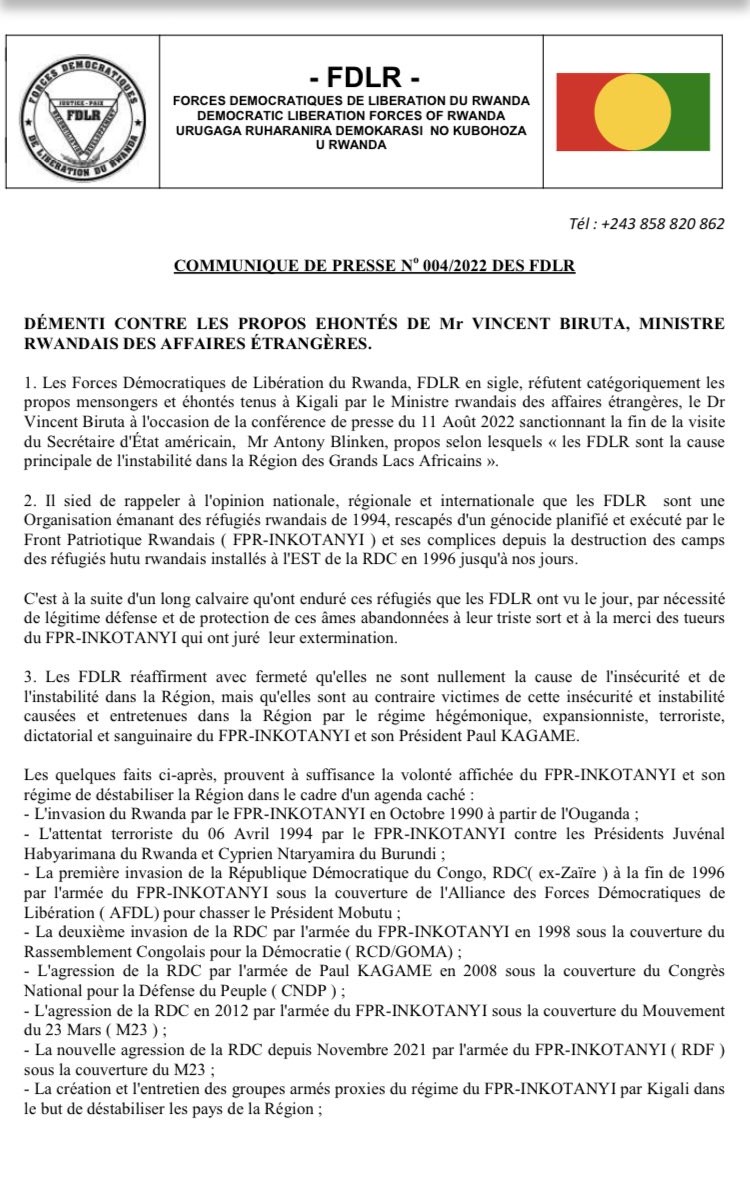 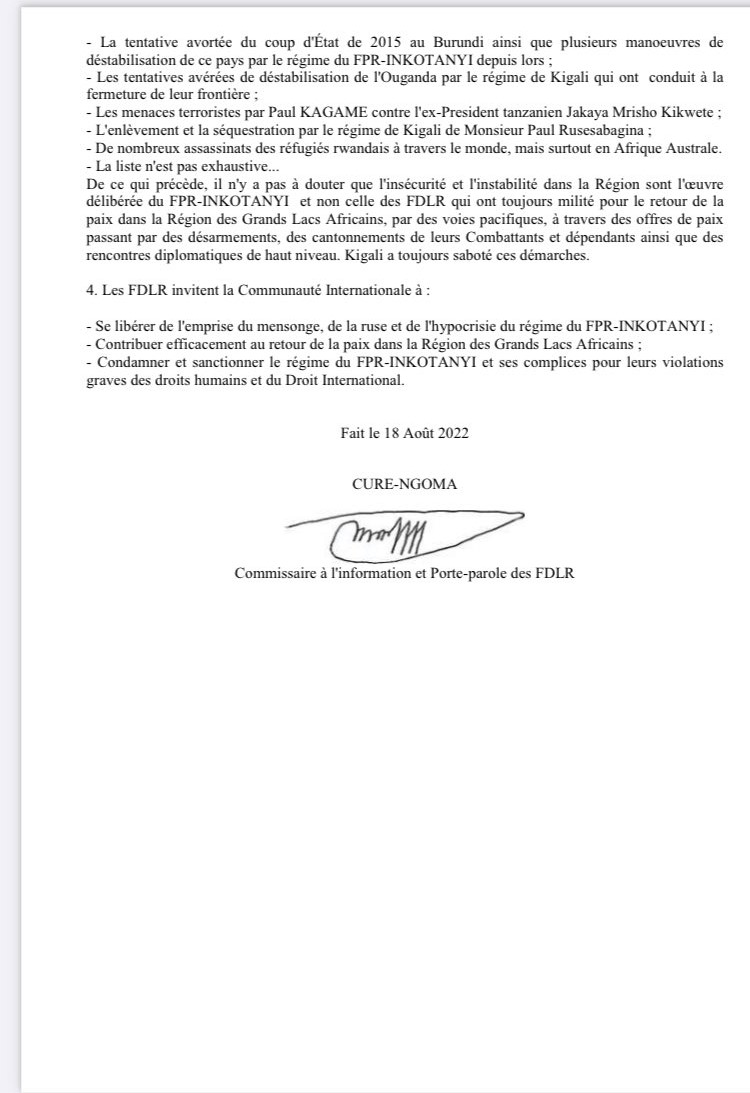 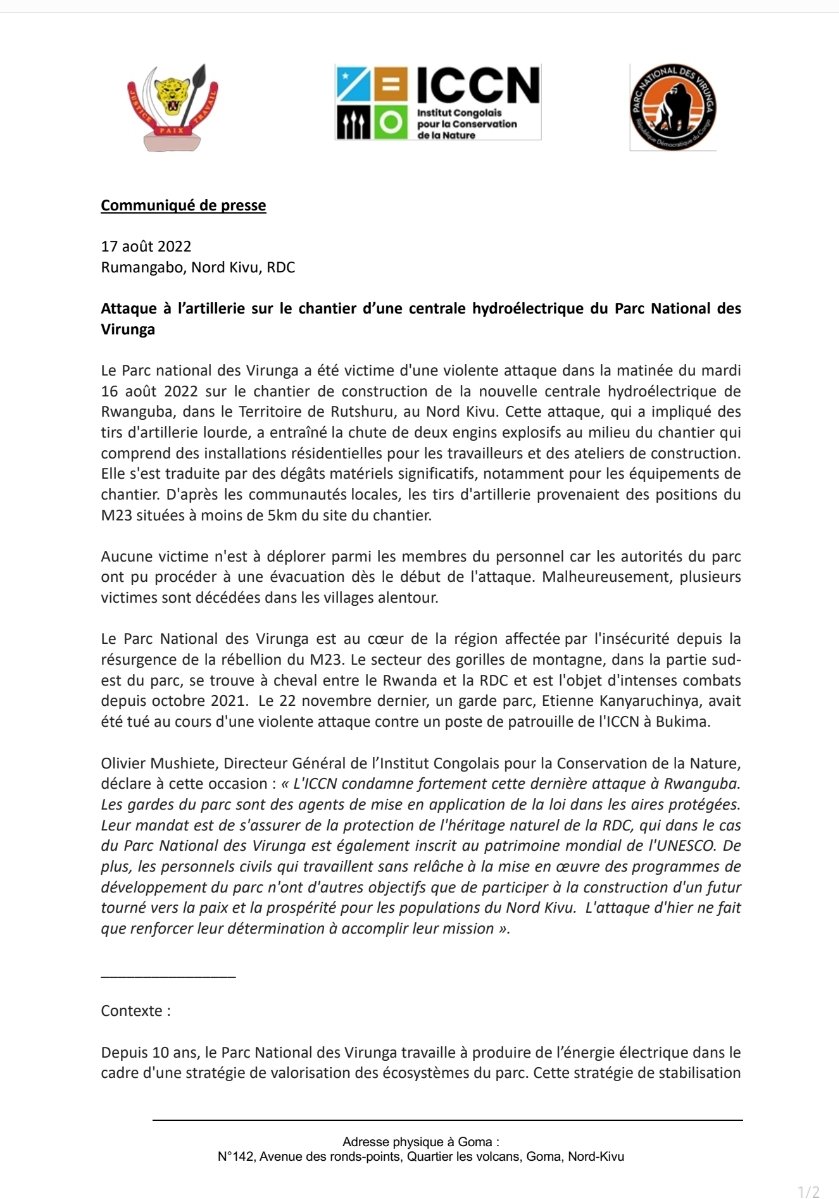