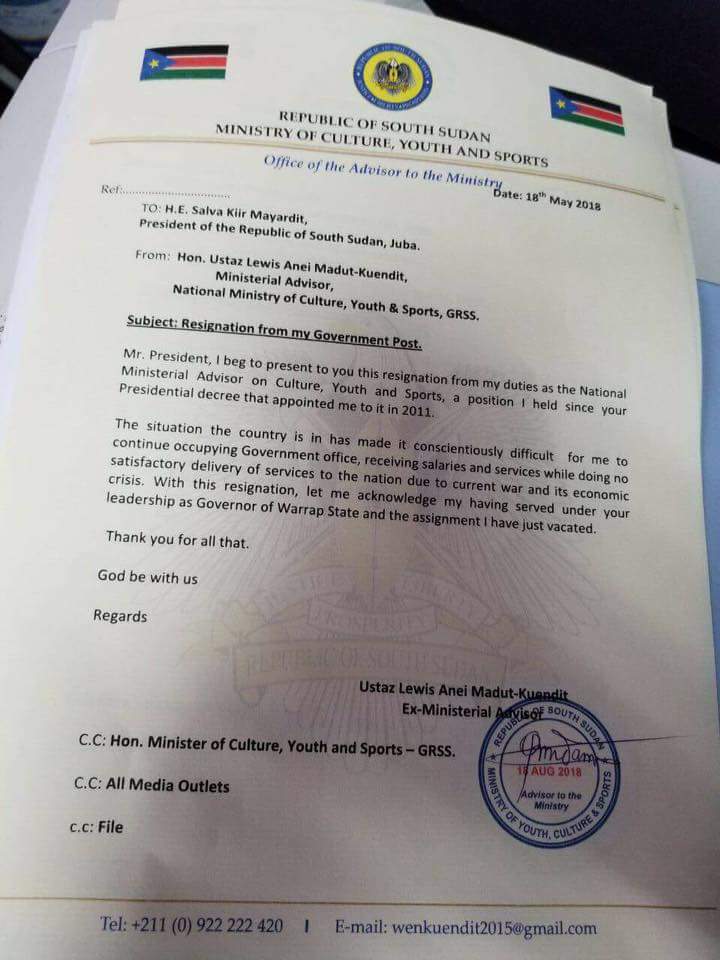 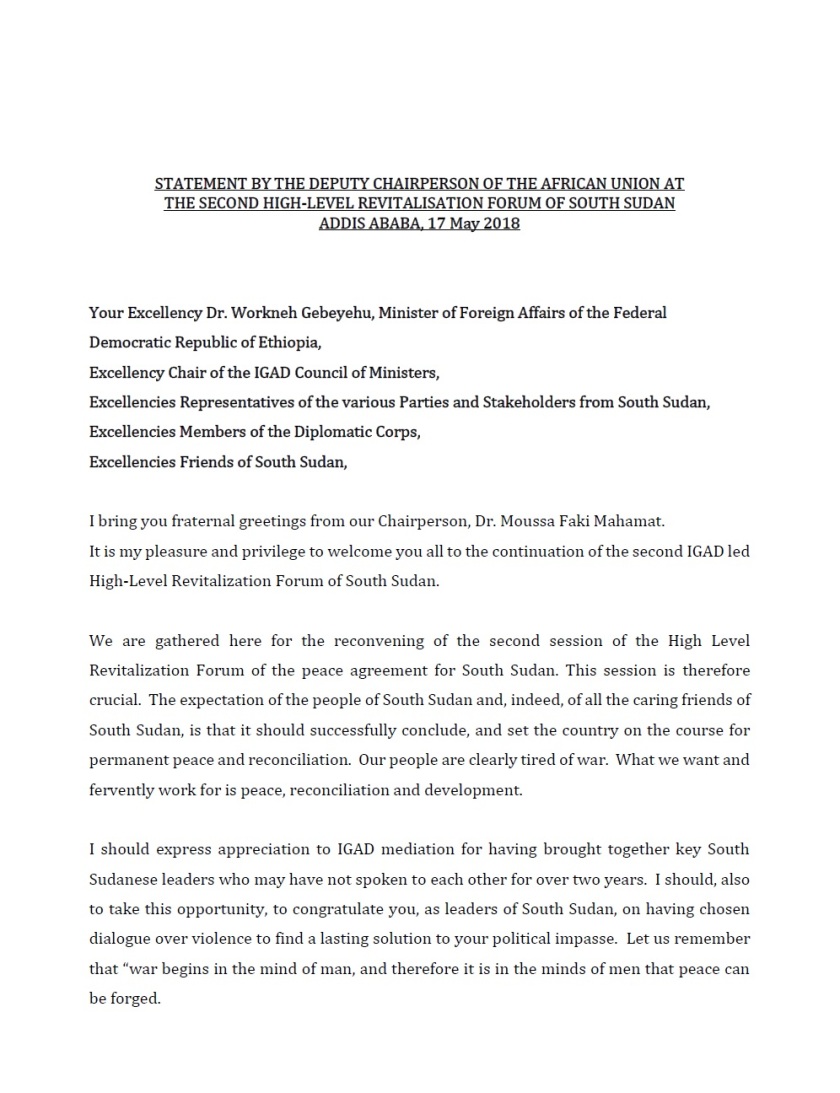 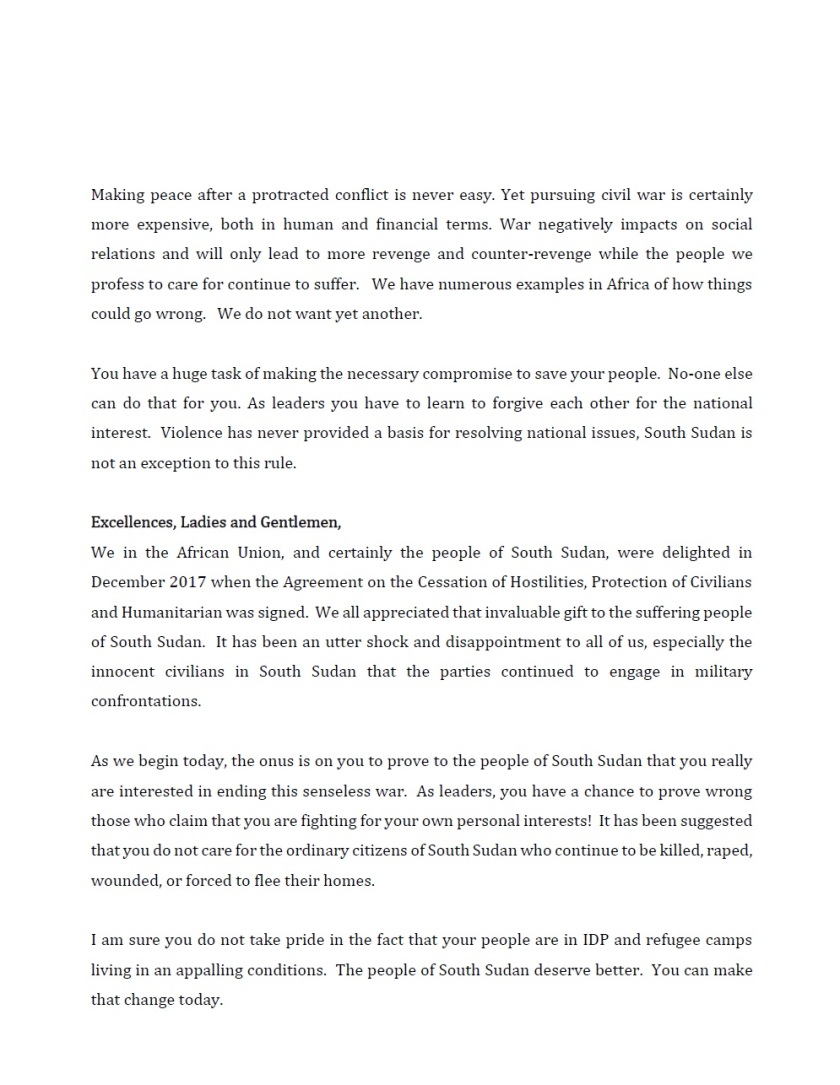 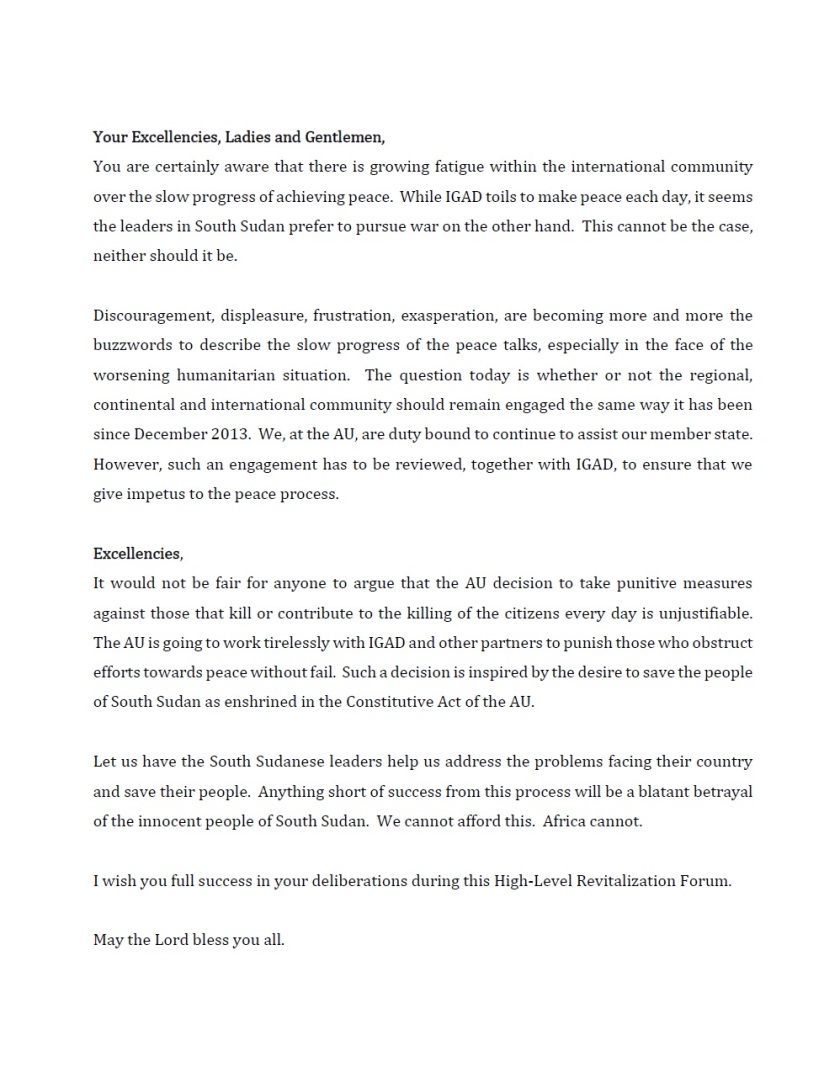 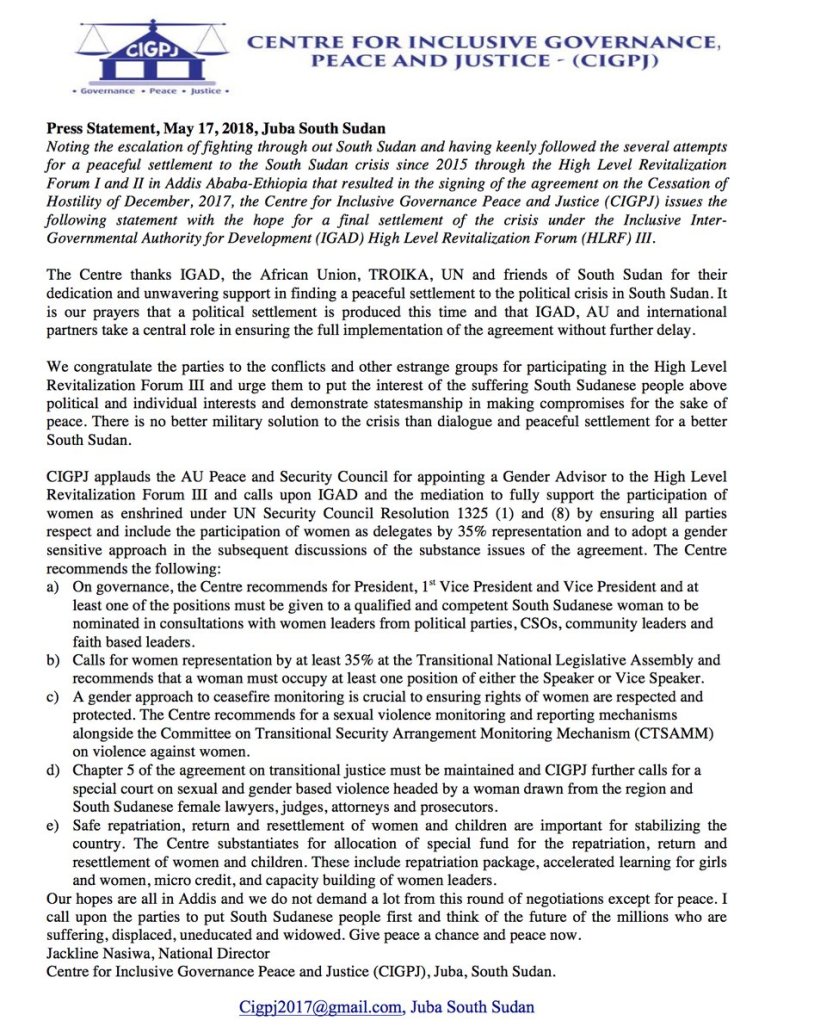 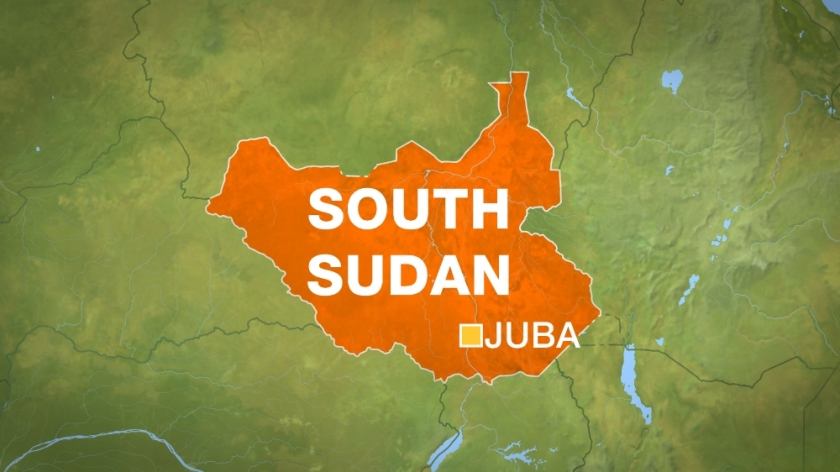 Congestion at the site is creating huge challenges for humanitarian agencies who are returning to the area to respond to the urgent need to supply food, clean water and medical services for the displaced families.

JUBA, South Sudan, May 17, 2018 –  Up to 150 peacekeepers are being rapidly redeployed to the Unity region to boost the UN Mission’s efforts to protect civilians being deliberately targeted by warring parties.

“What we are witnessing on the ground is the deliberate killing of civilians as well as the sexual violation and abduction of women and children. Homes and livelihoods are being systematically destroyed in a way that prevents families returning to their homes and being able to support themselves,” said the Special Representative of the Secretary-General and Head of the UN Mission in South Sudan, David Shearer.

“Our fresh deployment will enable peacekeeping troops to patrol deeper to reach remote villages where the worst atrocities are taking place to create a protective presence and deter further fighting. It will also support the reinforcement of our base at Leer where many civilians are seeking sanctuary,” said David Shearer.

Thousands of civilians are fleeing the intense fighting as armed forces make their way down from Koch towards Leer. At least 30 villages or settlements have been attacked. UNMISS peacekeepers and human rights teams have witnessed the bodies of civilians killed during the fighting left unburied, dozens of huts burnt to the ground, cattle raiding and the destruction of critical services such as boreholes, medical clinics and food stores.

“The atrocities that we are documenting are a clear violation of human rights and international humanitarian law. Two aid workers have been killed and two wounded in the past month. Those responsible must be identified and held accountable for their actions,” said David Shearer.

A site next to the UN base at Leer previously held approximately 500 internally displaced people but the surge in violent clashes has increased numbers to about 2000. Almost 70 per cent of those seeking shelter are children.

Congestion at the site is creating huge challenges for humanitarian agencies who are returning to the area to respond to the urgent need to supply food, clean water and medical services for the displaced families. UNMISS is working closely with the agencies to support the safe delivery of aid.

The Mission continues to engage with local authorities and to urge the warring parties to stop the fighting and adhere to the Cessation of Hostilities Agreement signed by all parties just five months ago. 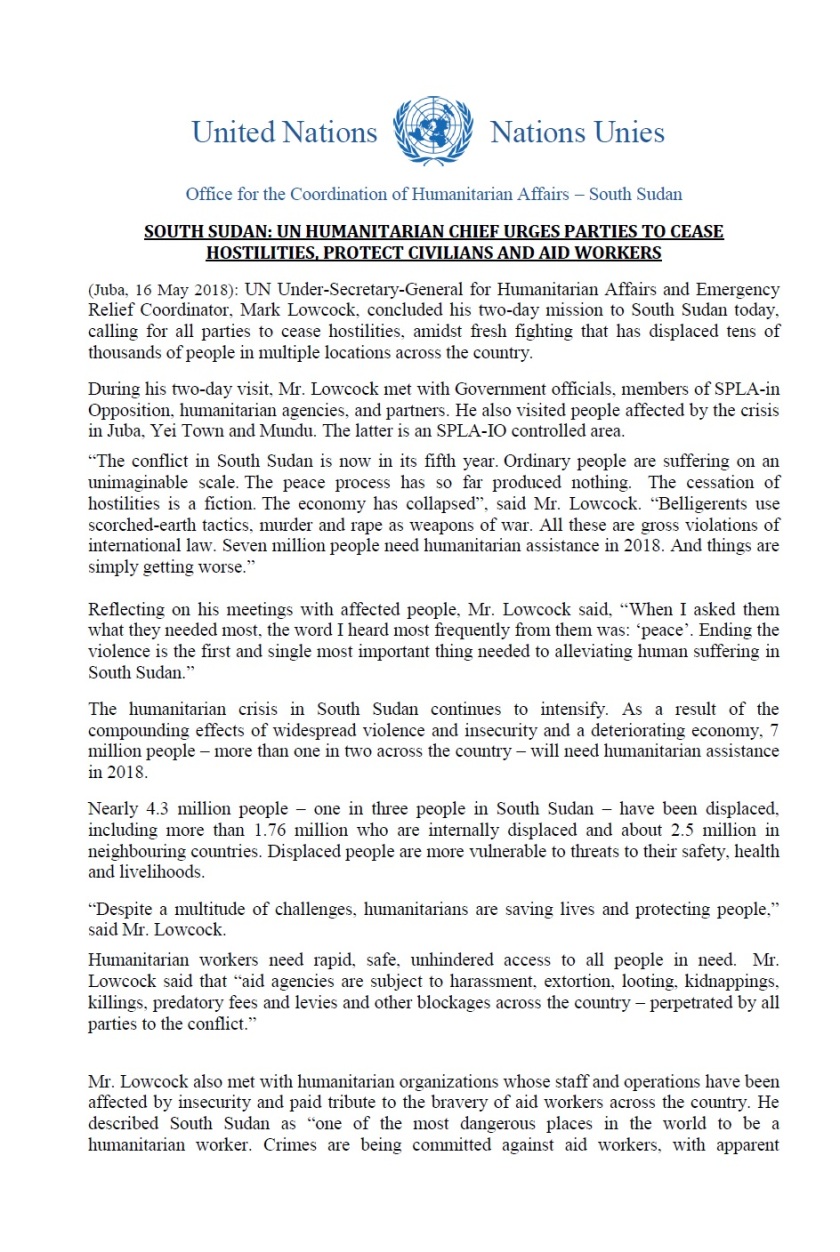 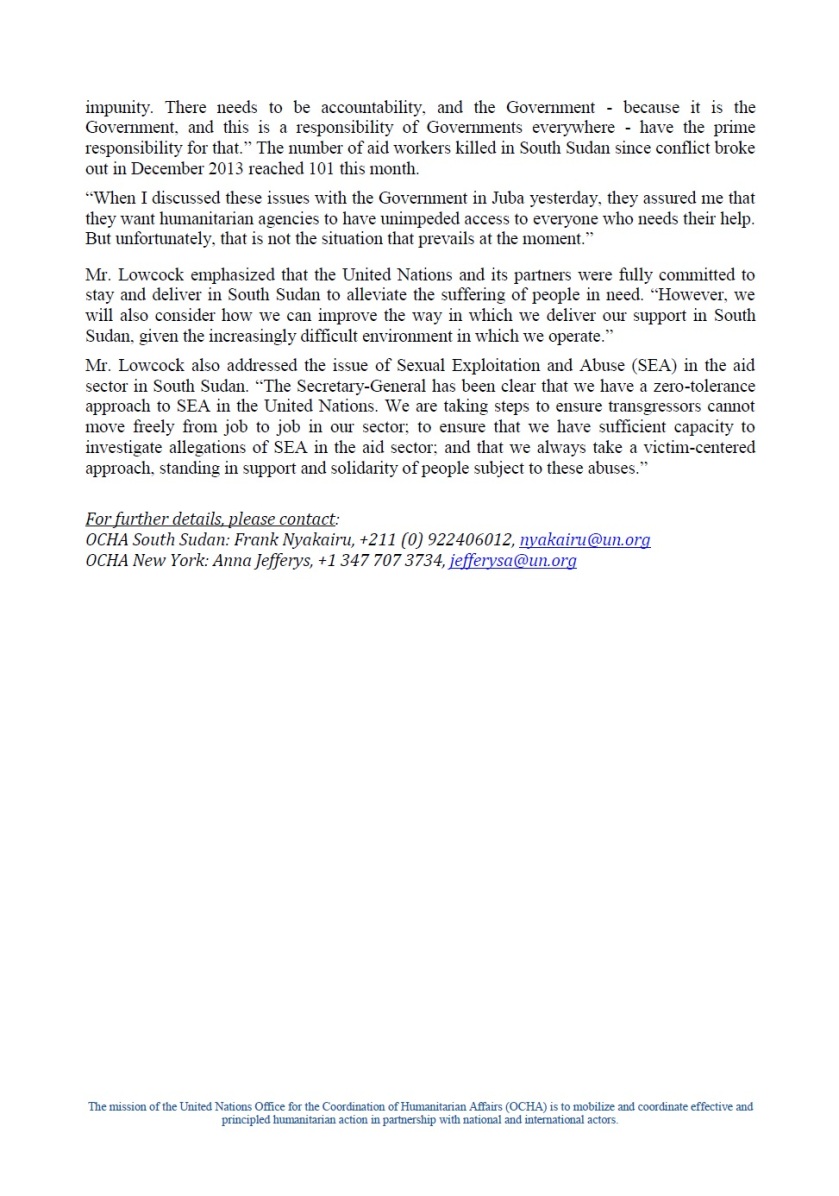 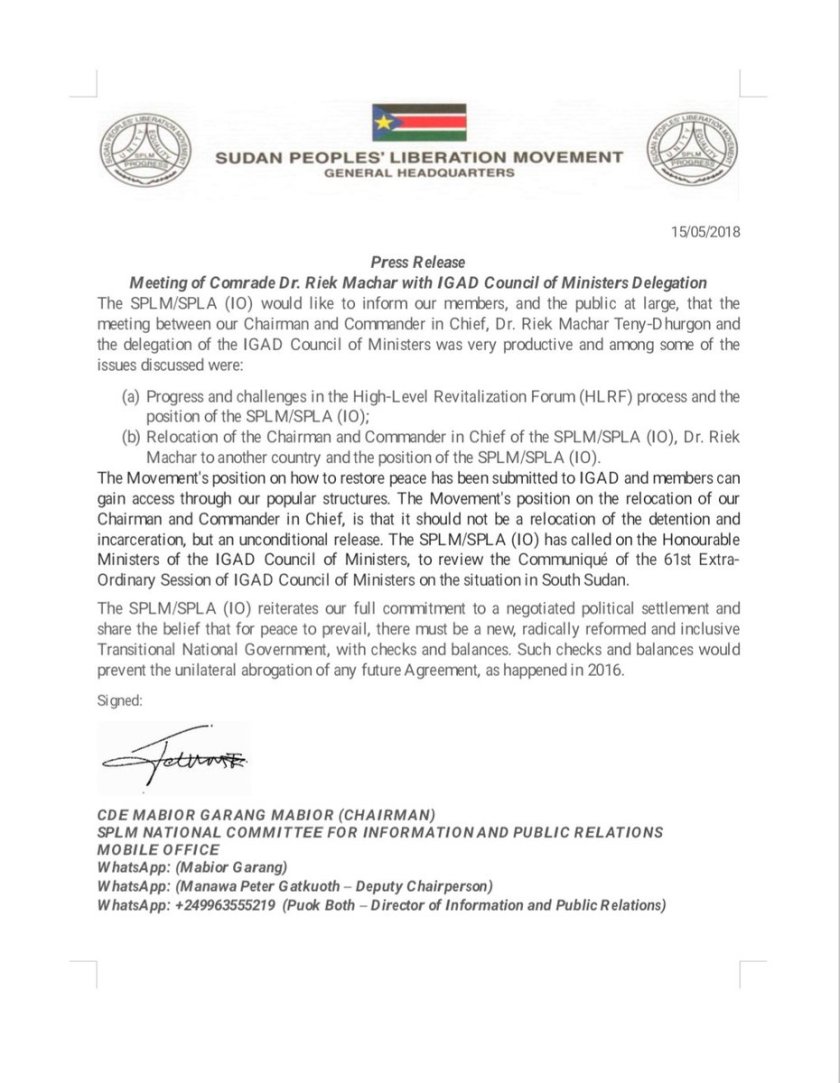 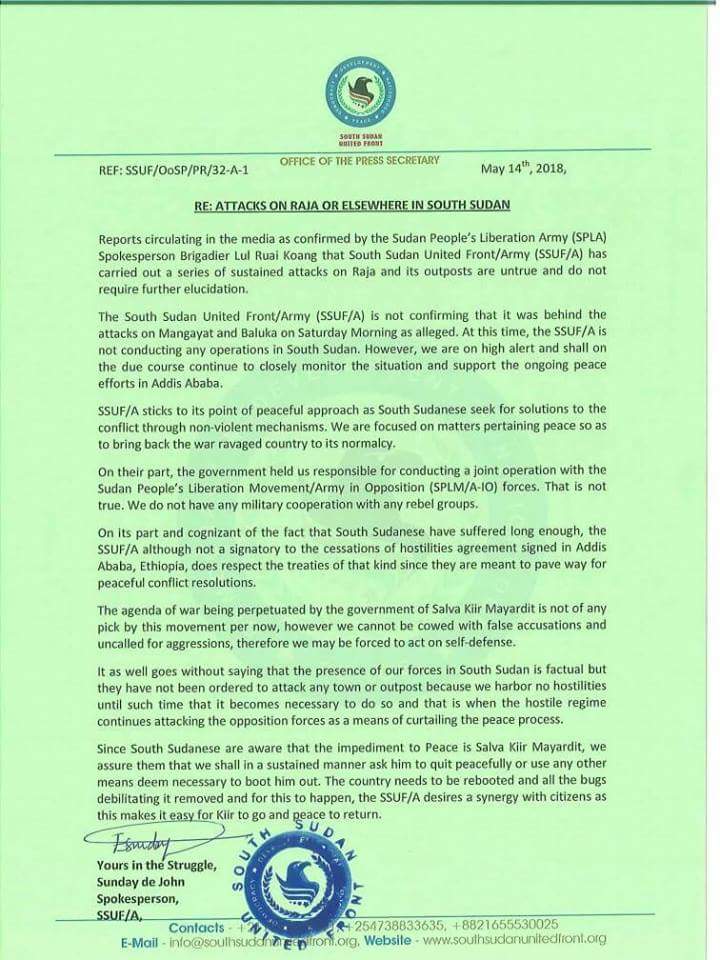 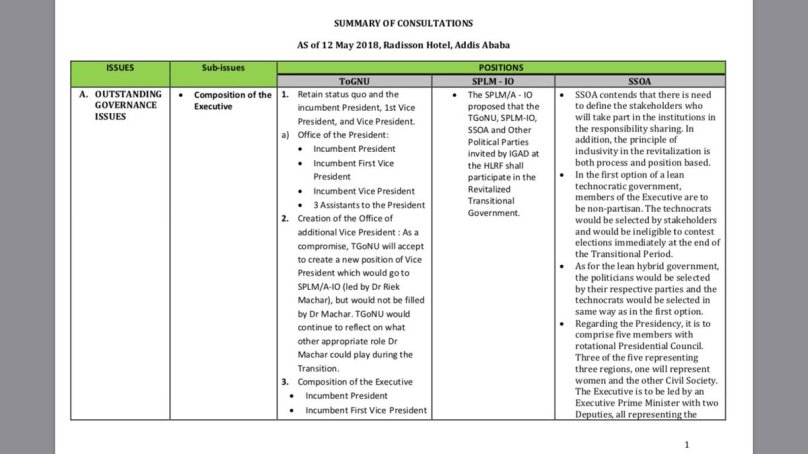 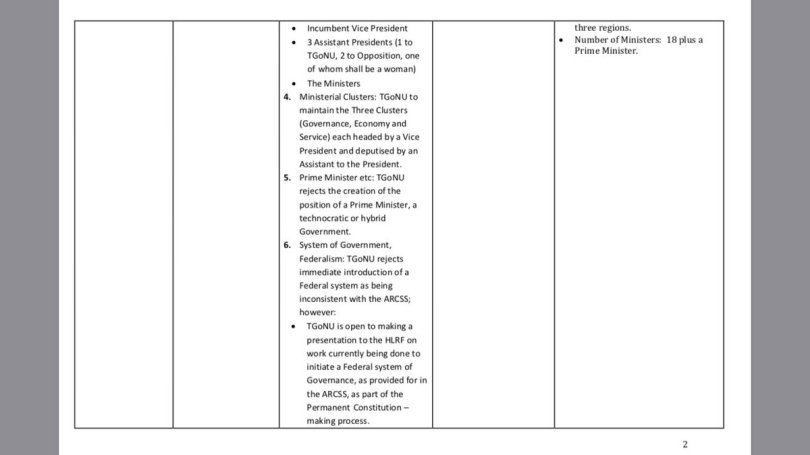 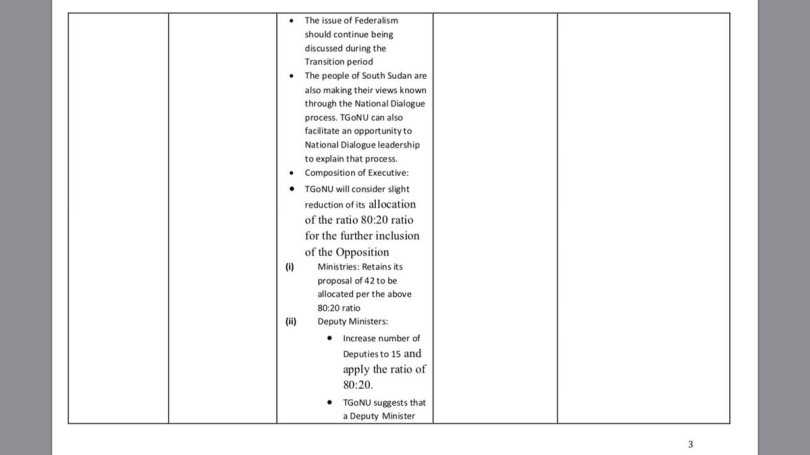 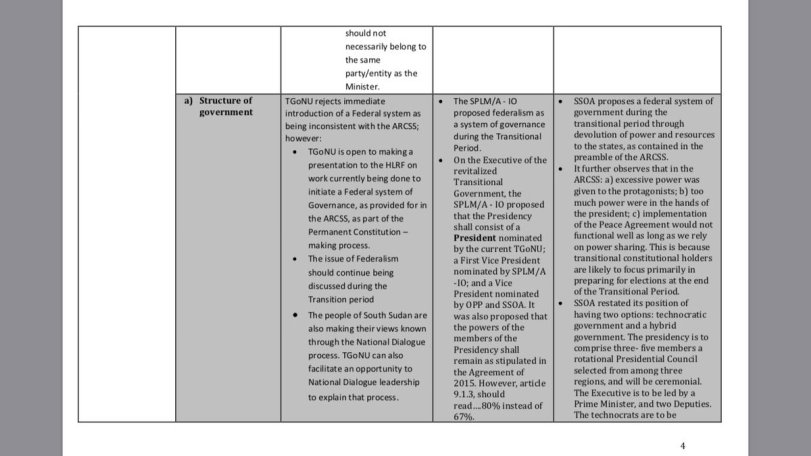 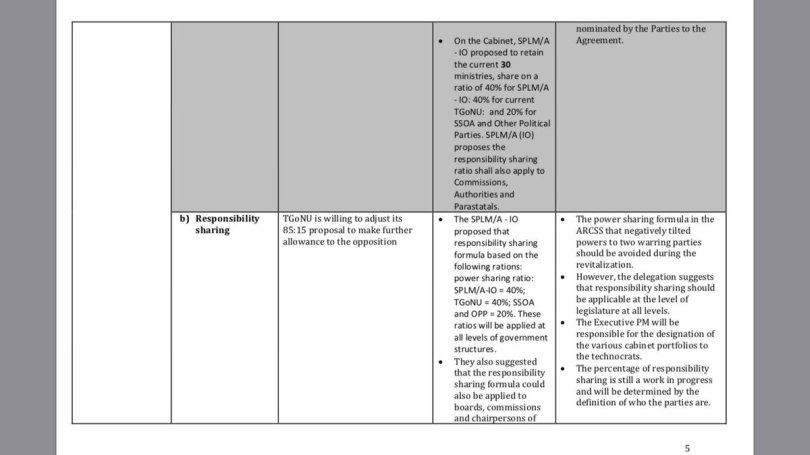 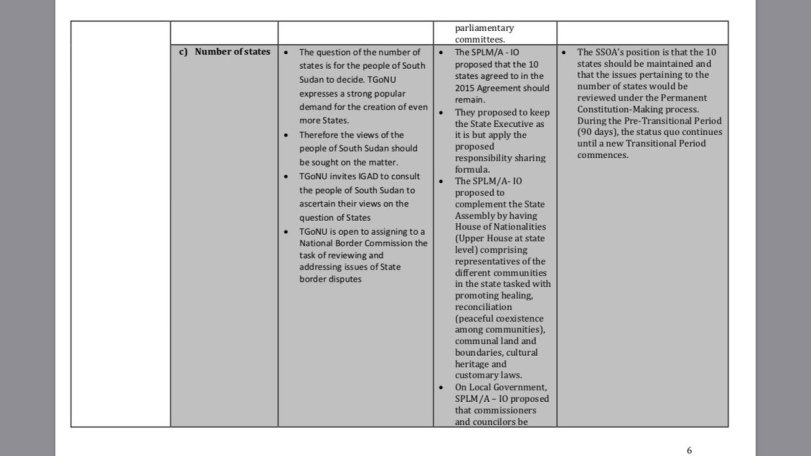 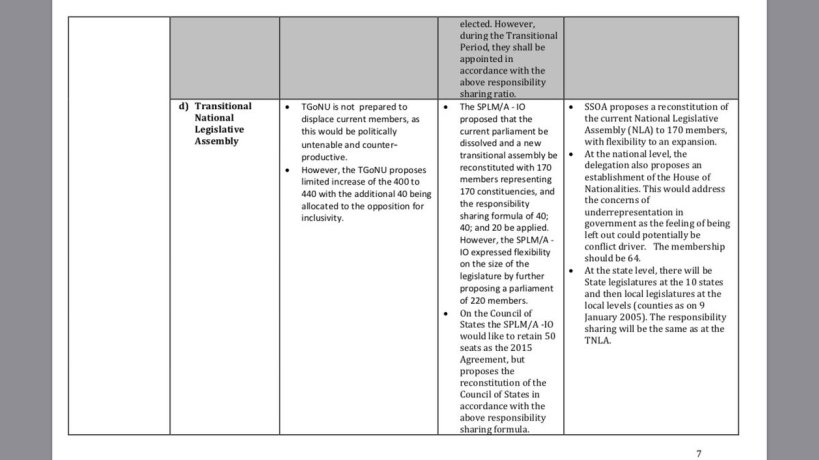 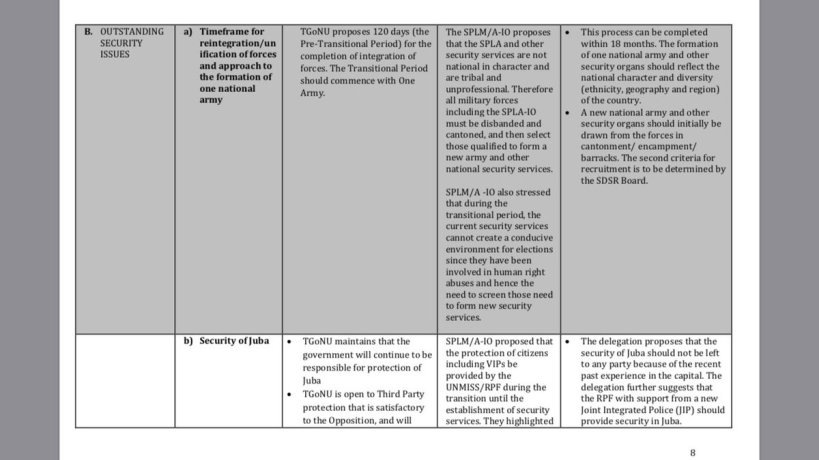 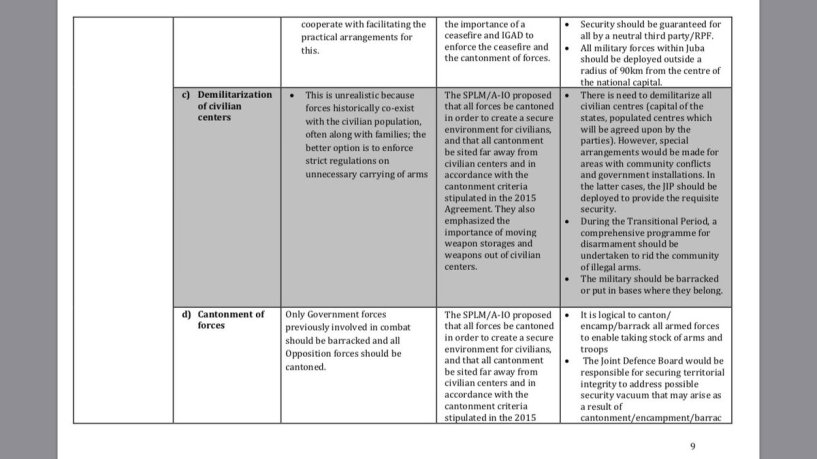 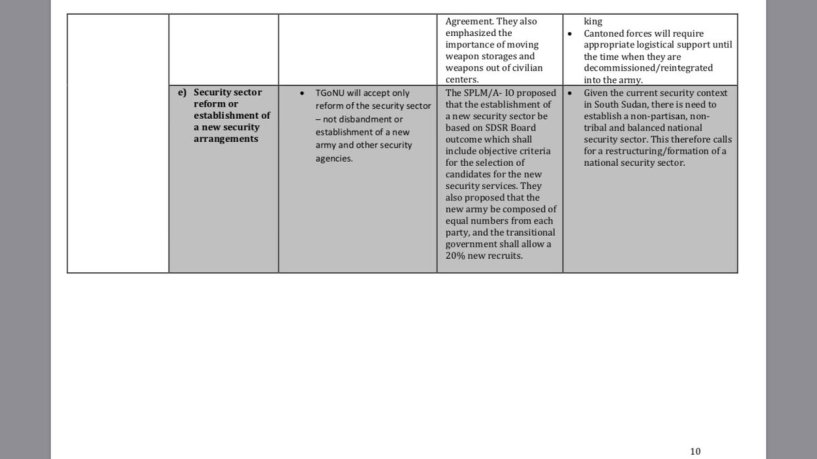 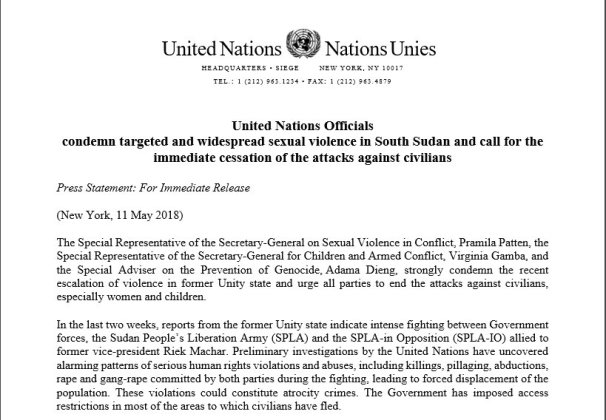 Sexual violence as a widespread and systematic tactic of war continues in South Sudan, reportedly to punish civilians who are perceived to be associated with a particular political or ethnic group.

The United Nations has received reports of attackers demanding money, alcohol and cattle through threats of violence and intimidation, including sexual violence. Testimonies indicate that women and girls of all ages have been subjected to rape, including pregnant women, lactating mothers, and girls as young as four years old. Information collected over the past week indicates that at least 66 women and girls have been raped since attacks began on 21 April, with the total number of cases likely to be much higher. In addition, dozens of women and girls are believed to have been abducted, with some having been released after enduring days in captivity.

In former Unity state, young armed soldiers, reportedly affiliated to the SPLA, allegedly attacked the island of Meer, where a number of civilians, including women, children and the elderly, were reportedly killed and injured, while others, including children, drowned as they tried to escape. Instances of abductions and sexual violence against women and girls, were also reported.

The three United Nations Officials call on all parties in South Sudan to immediately end the use of sexual violence, cease the commission of atrocities, and hold the perpetrators of these heinous acts accountable as a matter of priority. The three Officials urge the parties to the conflict to honor the commitments they have made to address conflict-related sexual violence and to protect the civilian population, and further call on the Government of South Sudan to abide by the Agreement on the Cessation of Hostilities, Protection of Civilians and Humanitarian Access they signed in 2017. In 2014, the Government of South Sudan signed a Joint Communiqué to end sexual violence and recommitted to an Action Plan to end and prevent the recruitment and use of children and all other grave violations against children. In 2015, the SPLM-IO signed an Action Plan to end and prevent the recruitment and use, as well as the killing and maiming, of children and in 2014 issued a Unilateral Communiqué on conflict-related sexual-violence. “The United Nations stands ready to support national efforts to end, prevent and address conflict-related sexual violence in South Sudan and to improve the protection of civilians, including children”, the three Officials stated.