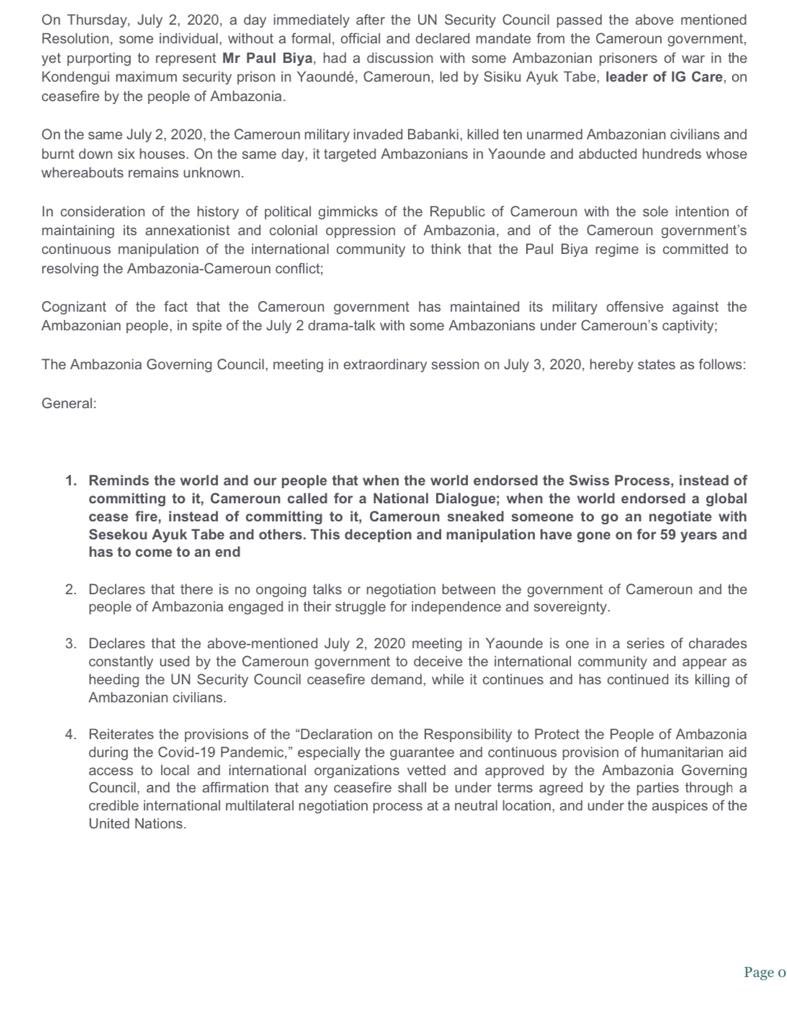 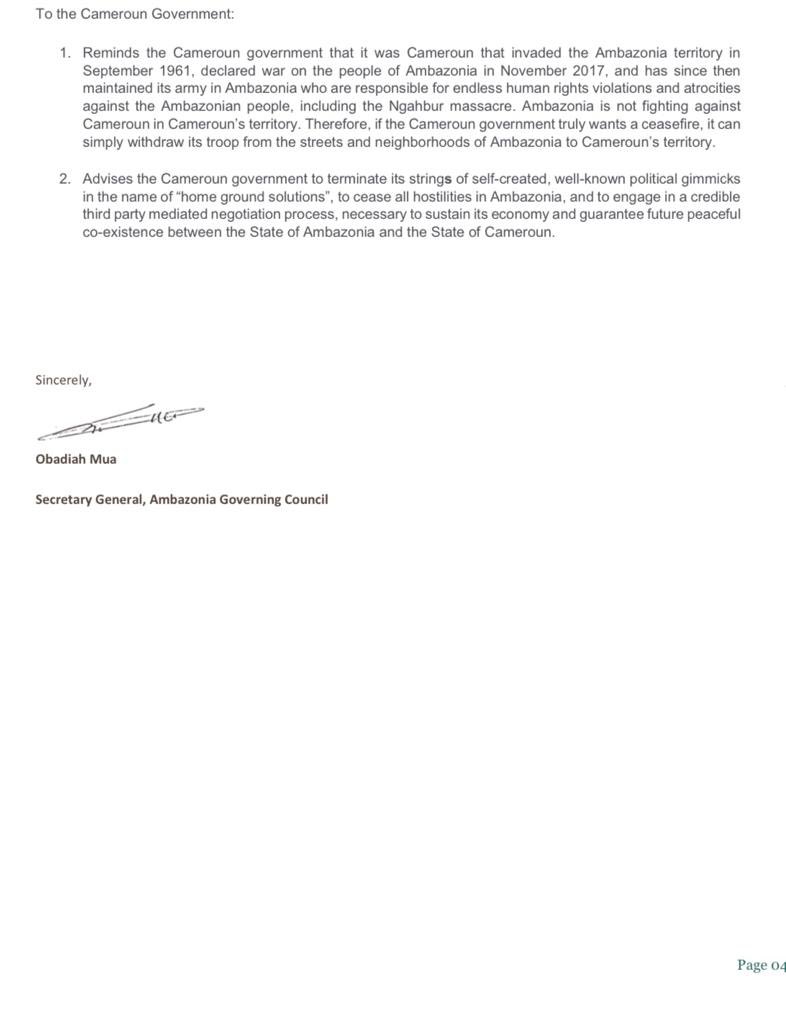 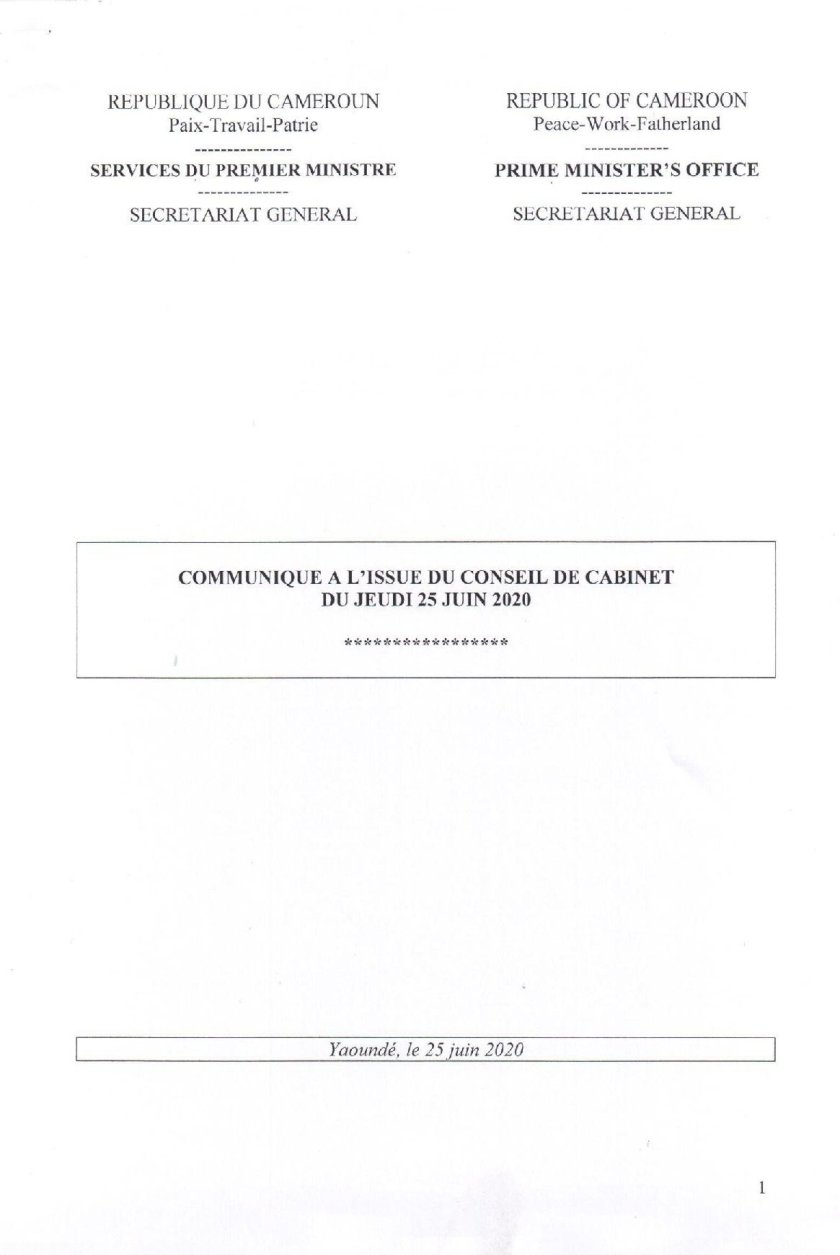 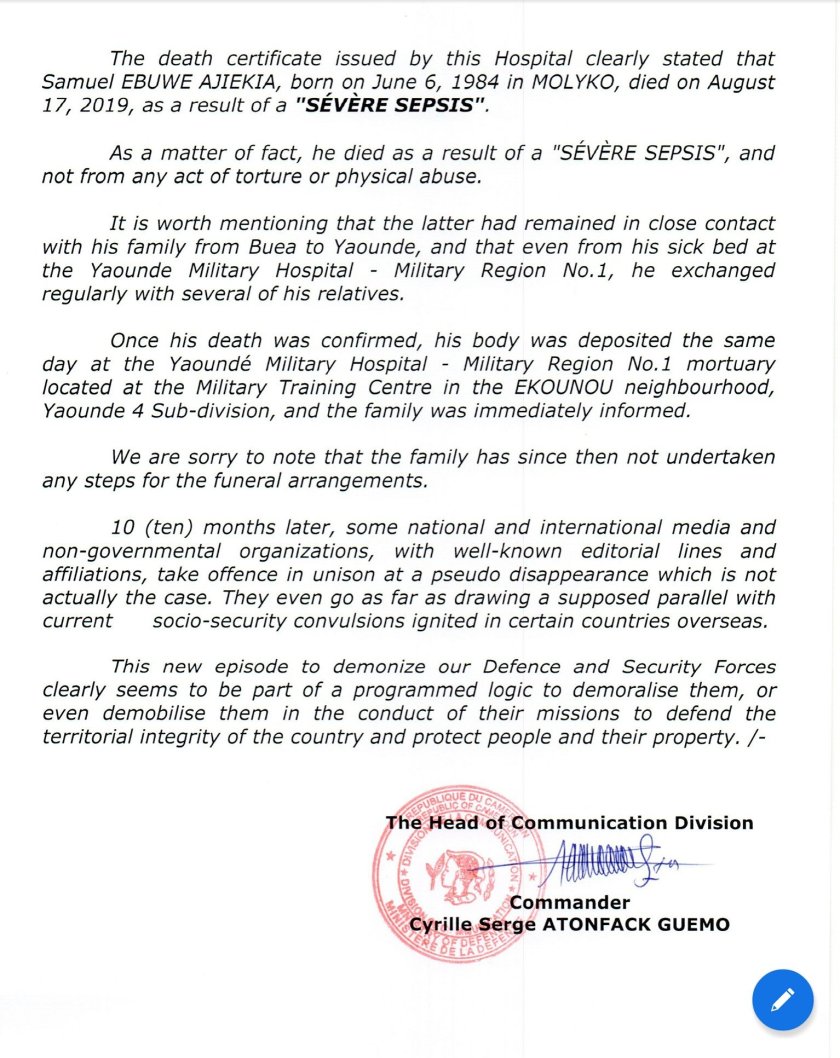 On Thursday, the 28th of May 2020, the state militias conducted an offensive raid around the Neighborhood of Upper Bundouma, situated in Buea, the chief town of the South West Region, which lead to the killing of four (4) unarmed young men. The incident took place in an uncompleted building, where the young men were allegedly caught smoking weed before being executed by the military. According to our sources, the building was raided by the military, and voices were heard of young men crying under pain of beatings for close to 45 minutes before gunshots were heard.

Access to the scene of the incident was restricted for the locals, but after the administrative authorities of Buea visited the scene, the corpses of the victims were taken to the mortuary. A few journalists of the local media who visited the building recounts that apparently there were no weapons found in the building, save for the fact that the building appears to be a host for marijuana consumers. It is also alleged one person survived the shooting and was whisked off by the military to an undisclosed destination.

CHRDA condemns this act in the strongest possible terms as it is a blatant violation of human rights. The extrajudicial executions go in sharp contrast to the fundamental rights protected by the constitution of Cameroon and all International Human Rights instruments as well as the Criminal Procedure Code. All of these instruments proclaim the right to life, right to fair hearing as well the as presumption of innocence which is guaranteed a suspect even when caught fragrante delicto.

In the meantime, no statement has been issued by the state authorities in the Division about the killings, and as we are in wait, we recommend an immediate investigation into the killings so as to give the rule of law a chance to prevail over impunity.

It should be recalled that this is not the first case of arbitrary executions in Buea within the context of the Anglophone crisis. On Monday the 30th of July 2018, five (5) young men in the locality of Bakweri Town, were massacred under similar circumstances. Equally, on Thursday the 27th day of September 2018, the military (BIR) targeted and killed seven (7) identified unarmed civilians in a compound at Ikundi Street in Babuti neighborhood of Buea town.

None of these cases has ever been investigated despite calls from the local and international human rights defenders, yet such incidents keep repeating even amidst the COVID-19 pandemic. CHRDA calls on the government of Cameroon to investigate these targeted killings committed by the Defense and Security Forces and put to rest such impunity against unarmed civilians.

“For those who persist in going down the wrong road and continue to use violence, we will have no other choice than to combat them in order to protect all our fellow citizens. Our Defence and Security Forces will, once again, perform their duty with restraint, but without weakness. I wish to reassure them of my full support and high esteem” (Paul Biya, 31.12.2019).

You can imagine, the ghost villages, the gigantic amounts of Internally Displaced Persons and people who has lost loved ones. Listening on their radios, hearing the broadcast of their President of the Republic. From the man who has for 37 years been their President and their ruler. Most them known of nobody else, hell, most of them was not even born before that time.

President Paul Biya of Cameroon has some nerve, the man who struggles to walk. The man who stumbles to talk. The jet-setter, the Switzerland bound, Ghost President and globetrotter. That person are sending a warning to the Anglophone regions, the North-West and South-West Regions.

“Today, I wish to thank all those who kindly participated in the dialogue, and congratulate its organizers, in particular the Prime Minister, Head of Government” (Paul Biya, 31.12.2019).

He praises the self-imposed Grand National Dialogue, which was a charade and farce. Where he made no astute changes, neither changed the narrative on the ground. As his armies and his soldiers are still beating people to pulp, still sending the young citizens to their graves, while the President and his wife is living life of ancient kings.

“Neither the social media nor news outlets can change the outcome of an election, talk less of illegal protests, violence and personal or hate-filled attacks. Remember, I once said “Let’s talk, let’s not fight”. Such is the behaviour of the citizens of a democratic country” (Paul Biya, 31.12.2019).

Certainly, a man of that fashion. Whose used to get away with this behaviour will talk this way. Will says something about the ones going into the wrong path. Like the leadership of Ambazonia, whose behind bars. Or even put Maurice Kamto in his place too and blame Social Media too. That is minor infliction of things, but shows his sentiment.

Not that I blame the old man, well, when he can order the destruction and the steady killings, while having his ministers lying to the international about the state of affairs. Than, you know the man can do anything. He knows this, Paul knows this and abide by it. Biya knows that International Community, the African Union, ECOWAS and everyone else. Will not touch him. His Teflon and nobody, nobody will dare. If they do, it is his own citizens and by decrees, by orders, they will linger in jail on trumped-up charges.

So, Biya with his New Years Message of 2019, sends a stern message for 2020. Not likely he guns will be silent, not likely that the torment nor the vicious attacks on his own citizens will end. No, he will continue, as the only right road is his. That is what he thinks and obliged to think that, but that doesn’t necessary mean its true.

Biya is self-inflicting harm to his own Republic. Blaming others and burning his own regions for his own fanfare. Who knows why, while he wants the glory for stopping the fire. He knows this, but that is what he does. It isn’t wise, neither is smart, but its just malicious. It is evil actions with intent.

At one point, he will loose control of the hornets nest his poking at, sooner or later he might get stung by one. Than, he might get what happen all these years, as his own might caused all this pain. A warning shot now, only shows his heart or lack of it. Peace.