The election in Florida in year of 2000 – What did Governor Jeb Bush do? 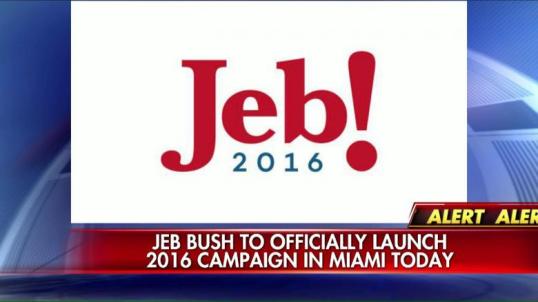 Remember back in the old days when I was watching national-TV and reading tabloid papers. This is all back to the year of 2000. Which is already 15 years ago, there has happen a lot in that time. Still much is the same. This here will be a reminder on a certain person and his brother place in an election that got George W. Bush elected for the first time as president in the United States. His actions as a brother Jeb Bush as a governor of Florida gave way to the then new president. With certain affirmative actions and choices gave George W. Bush and edge over democratic candidate Al Gore. This also lead to his fall and him ending up making an environmental documentary feed himself. So what did Governor Jeb Bush do? Why do I write about this today? What haven’t I written about it before? For a reason, it hasn’t been necessary to address it.

Krosnick said this: “Bush’s placement at the top of all Florida ballots almost certainly allowed him to win that state, given the closeness of the contest” (…) “George W. received an electoral boost by the fact that a Republican – his brother Jeb – is governor”(Research, 2000).

“Between May 1999 and Election Day 2000, two Florida secretaries of state–Sandra Mortham and Katherine Harris, both protegees of Governor Jeb Bush–ordered 57,700 “exfelons,” who are prohibited from voting by state law, to be removed from voter rolls. (In the thirty-five states where former felons can vote, roughly 90 percent vote Democratic.) A portion of the list, which was compiled for Florida by DBT Online, can be seen for the first time here; DBT, a company now owned by ChoicePoint of Atlanta, was paid $ 4.3 million for its work, replacing a finn that charged $ 5,700 per year for the same service” (…) “, Florida’s Supreme Court had twice ordered the state not to do so, just months before the voter purge. Nevertheless, at least 2,873 voters were wrongly removed, a purge authorized by a September 18, 2000, letter to counties from Governor Bush’s clemency office. On February 23, 2001, days after the U.S. Commission on Civil Rights began investigating the matter, Bush’s office issued a new letter allowing these persons to vote; no copies of the earlier letter could be found in the clemency office or on its computers” (Palast, 2002).

Here will be main information from Volusia County in Florida and the electronic issues that this certain election had. Black Box Voting had memoes and timelines. This here is the information worth remembering:

“Two memory cards were uploaded from Volusia Couny’s precinct 216, the second one was loaded sometime close to 2am in the morning. It automatically replaced the first card’s results and reduced Gore’s total by 16,022 votes and added several thousand votes to Bush plus a variety of minor candidates;

– Both memory cards loaded into the system clean and without errors, indicating (contrary to the official line) that they were not faulty;

– After the error was noticed the original card was reloaded and the mistake was rectified;

– The error was introduced in such a way that the total number of votes remained unchanged (again something that could not happen by chance.);

– According to the technical boffins, the chance of the memory card being corrupted and still passing the checksum error test are less than 60,000 to 1;

– The technical managers at Diebold Election Systems considered it a reasonable possibility that the second card was part of deliberate conspiracy to rig the election results” (Thompson, 2003).

“If the Palm Beach ballot had been subjected to the usability testing that most commercial software now undergoes (or, at least, should undergo), the problem would have been detected. With only 550,000 registered voters in Palm Beach County, an astonishing 19,000 ballots were eliminated for having been double-punched. Assuming a roughly 60 percent turnout, that represents an astonishing rejection rate of six percent. And that’s not even counting the statistically suspicious counted vote of 3,000-plus for Pat Buchanan” (Trachtenberg, 2000). Furthermore: “The Florida Supreme Court ordered only a recount of so-called “undervotes,” about 62,000 ballots where voting machines didn’t detect any vote for a presidential candidate” (Factcheck, 2008). Even more ballots was played around with: “According to unofficial tallies, 1,547 overseas absentee ballots — about 40 percent of the total Florida received — were thrown out by county elections workers, mostly because they lacked either a date or a signature, or in some cases because they were not filed by registered voters” (Dougherty, 2000).

The problem wasn’t gone by next election in 2004: “Florida undertook a similar purge of voter rolls in 2000, but that list was shown to include the names of many who were not felons. The new effort at such a purge, begun by Governor Bush’s administration in May, was supposed to be free of those problems. But after a state judge last week ordered the release of the current list, it became clear that thousands of felons who had been granted clemency were still on it” (Fessenden, 2004).

With all this evidence of rigging the 2000 election in favor of his brother George W. Bush, we can all ask ourselves, do the GOP or the Republican Party live with it? This is the start of the preliminary election in the USA. Where the parties try out and see which candidate who has most traction and also in the public eye and has the x-factor to become the next president. The numbers are staggering considering the actual voting numbers in certain counties that has lost their ability to vote in that election of 2000. When knowing that the voters in these counties would by big reckoning vote for the Democratic candidate Al Gore. So that the result got so marginal after second round voting and needing of supreme court to accept the result. This is something a big democratic nation shouldn’t do. The way the technical issues, the double ticking off and unreasonable numbers of voters shunned for elections should be warning sides. Set off an alarm. That Jeb Bush the governor of Florida with help of his helpers. The candidacy of his brother got a first place on the ballot. Secondly many voters and counties where they dominantly vote for democrats lost bases of voters because of Ex-Felon laws, even if many of these voters apparently wasn’t really felons. So with this helping hand he led us and the world into the second Bush era. That gave us Britney Spears and the whole shebang – George W. Bush president of USA. Thanks to his brother Jeb Bush and Florida Voting laws. Also were the modern day election-technology and this memory-card-scandal that discarded many voters because they got cleaned or the numbers and then didn’t add up. Some even claimed that the second memory-card had other voting numbers that was prepared and rigged. If that is so: then it’s even worse than discarding, but actually fraud. This wasn’t an election to get George W. Bush to become class-president or prom-king. Here is about the state that would seal the faith of him or Al Gore. That was played out because of family affairs. Also how Jeb Bush had chosen any kind of method to get his brother to win in his state. If people forget this and all the valuable information from this time then GOP should pick another man to be their presidential candidate. That is if they are wise. If they want a man the world will trust, it will not Jeb Bush. Because of his track record even if it is 15 years ago. It stills a reminder of how you can use any kind of tools to hit the dry-wall and get the result you wish. So let’s hope that this reminder is put into action in a real way. Credibility is a fickle thing and the public usually forget. Hope somebody else then me remembers this scandal. Peace.