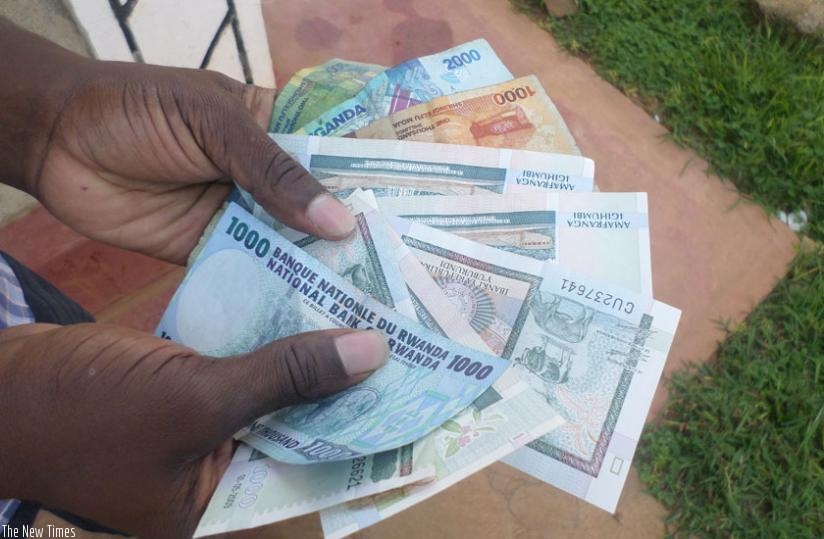 WASHINGTON D.C., United States of America, April 5, 2016 –  An International Monetary Fund (IMF) team, led by Laure Redifer, visited Kigali from March 22–April 5, 2016 to carry out discussions with the Rwandan authorities on the fifth review of their economic and financial program supported by the IMF’s Policy Support Instrument (PSI)[1], and to reach understandings on economic policies that could be supported under the IMF’s Stand-by Credit Facility (SCF).[2]
Ms. Redifer issued the following statement at the end of the visit:

“The IMF team reached staff-level agreement with the authorities, subject to approval by IMF Management and the Executive Board, on policies that could support completion of the fifth review of Rwanda’s PSI-supported program, as well as a new agreement on an 18-month arrangement under the Fund’s SCF. The Executive Board meeting is tentatively scheduled for May 2016.

“Rwanda’s economic performance in 2015 remained robust, with GDP growth of 6.9 percent. Growth in 2015 was buoyed by strong construction and services activity, with agriculture and manufacturing also performing well. Consumer price inflation remained contained, averaging 2.5 percent for the year, though it increased in the second half of 2015 due to higher food prices and administrative price increases. In February 2016, prices were 4.4 percent higher than a year before.

“However, new challenges emerged over the course of 2015 as a result of global developments. Lower prices and demand for Rwanda’s minerals almost halved the country’s mineral exports, leading to a significant loss of export revenue. This was exacerbated by lower-than-projected inflows of private capital and remittances, which together led to downward pressure on the Rwandan franc and foreign exchange reserves.
“Despite these developments, macroeconomic policy performance through end-December 2015 remained in line with program objectives. Most quantitative targets were met, and were supported by structural reforms, notably changes to boost domestic revenue collection, reduce liquidity overhangs, strengthen financial market supervision and functioning, and improve domestic revenue collection. Planned measures to revise the law for property taxes and improve the timeliness of public reporting on budget execution are taking somewhat longer than originally anticipated.

“Over the medium term, growth prospects remain in line with Rwanda’s high potential, and the mission welcomes ongoing initiatives to promote export diversification and encourage local production of what Rwanda currently imports, in order to improve Rwanda’s resilience to external shocks. These policies will, however, take time.  In the near term, more immediate measures are needed to deflate external pressures and stem the drop in foreign exchange reserves. The mission welcomes, therefore, the authorities’ commitment to implement more cautious monetary policy and postpone some non-priority public spending to help dampen still-strong demand for imports. Allowing the exchange rate to continue to adjust as necessary will be critical in this regard. The mission expects that successful implementation of these policies will maintain economic growth at around 6 percent, while keeping inflation below 5 percent.

“The mission met with Minister of Finance and Economic Planning Honorable Ambassador Claver Gatete, Governor of the National Bank of Rwanda Honorable John Rwangombwa, Minister of Trade and Industry Honorable François Kanimba, and other senior government officials, private sector representatives, and development partners. The mission thanks the authorities and other interlocutors for the open, fruitful and collaborative discussions.”

[1] Rwanda’s PSI was approved by the IMF Executive Board on December 2, 2013 (see Press Release No.13/483). The PSI is an instrument of the IMF designed for countries that do not need balance of payments financial support. The PSI helps countries design effective economic programs that, once approved by the IMF’s Executive Board, signal to donors, multilateral development banks, and markets the Fund’s endorsement of a member’s policies. Details of Rwanda’s current PSI are available atimf.org/rwanda. 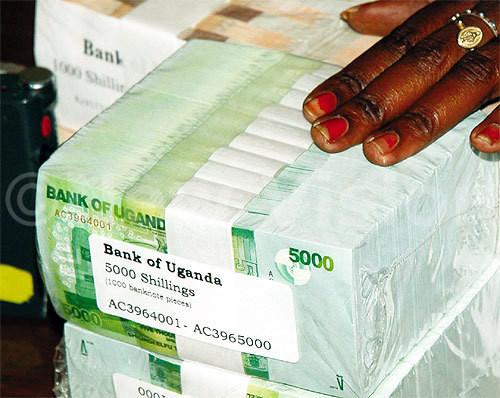 At the end of the mission, Ms. Coronel, issued the following statement:

“Despite the global and regional economic challenges and election-related uncertainties, Uganda’s recent economic performance has been mostly favorable. Real economic growth —led by increased public investment—reached 5 percent in FY2014/15, slightly below staff projections, but well above the FY2013/14 level (4.5 percent). Core inflation accelerated to 6.7 percent year on year in September but remains within the Bank of Uganda’s target band. International reserves remain at comfortable levels”.

“Uganda is not immune to the difficult external environment affecting other countries. Together with domestic nervousness relating to the upcoming elections, external shocks and uncertainty have resulted in a sharp decline in the shilling (27 percent over the past year), creating challenges for policy makers. The exchange rate depreciation raised domestic prices given the high import content of the consumption basket, created uncertainty for consumers and investors, and generated market uneasiness. The mission welcomed the authorities’ proactive and effective response to the challenging situation, notable the timely monetary tightening, which has helped curb further inflationary pressures”,

“Performance under the PSI was satisfactory. The end-June 2015 fiscal, external, and inflation targets were mostly met. There was significant progress on increasing tax revenue, with the strong package introduced in the FY2014/15 budget yielding about 1¼ percent of GDP compared to an original target of ½ percent. However, the high stock of domestic arrears—notably the proliferation of court awards—remains a concern, despite the authorities’ efforts to reduce them”.

“Discussions focused on policies to be conducted over the rest of the fiscal year. The mission welcomed the authorities’ determination to adapt the policy mix to the ongoing challenges, including those related to the political cycle, by closely coordinating fiscal and monetary actions. Supported by an adequate stock of international reserves, monetary policy will remain vigilant of price developments and help moderate inflation expectations now that the shilling has largely stabilized. On the fiscal front, the authorities are encouraged to continue to build on the strong revenue performance of last year by improving tax collections even during the election period. On the expenditure side, the government has appropriately identified a series of spending cuts that should reduce the need for domestic borrowing, creating space for private sector credit and growth recovery”.

“On the structural front, important steps have been taken. The mission welcomes the approval of the Public Financial Management Act and the actions taken to clean the payroll and improve the payments system. Regulating the new law and finalizing the Charter of Fiscal Responsibility are important steps to further help improve the budget process and efficiency of expenditure. In addition to these improvements, the mission has encouraged the authorities to intensify ongoing efforts to fight corruption, which continues to affect the business climate. Improving transparency and accountability remains critical”.

“Over the medium term, core inflation is set to decline toward the 5 percent target and growth is expected to gradually return to its potential of about 6–6½ percent. While the authorities will continue their plans to scale up public investment, they intend to re-profile projects to ensure that public debt remains at low risk of distress. The completion of these projects should reduce infrastructure bottlenecks and support growth”.

“The mission met with Mr. Keith Muhakanizi, Permanent Secretary/Secretary of Treasury of the Ministry of Finance, Planning and Economic Development; Dr. Louis Kasekende, Deputy Governor of the Bank of Uganda; and other senior government officials, and representatives from the business, civil society and international communities. The mission thanks all counterparts for their collaboration”.

“IMF Executive Board consideration of the fifth review of the PSI-supported program is expected by end-November 2015.”