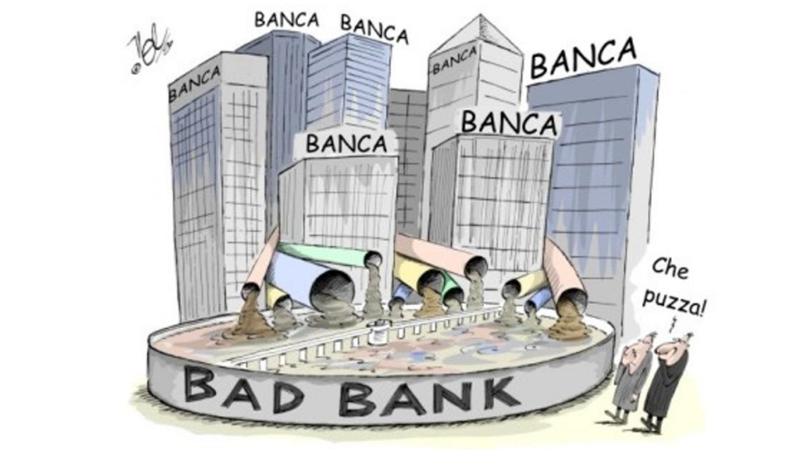 The Astellon Capital Partners report on the Italian nation debt is troublesome, as the reports are indicating troubled waters ahead for controlling the debt and repayment on the defaulted loans. This will create other higher issues than only the Greek debt and interest-rates from Brussels and Berlin. The Italian and Rome problem will cause monetary effects for all of Europe, as the debt are like his:

“1980 –1995: Debt / GDP increased by 64%, due to high interest rates levied by Bank of Italy to fight inflation and promote exchange rate stability of Lira within European Monetary System, precursor to the Eurozone” (…)”1995 –2015: Debt / GDP increased by 11%, due entirely to debt servicing costs as Italy ran a primary fiscal surplus over this period” (Astellon Capital Partners, P: 2, 2017).

These numbers are not really positive at all, as the high interest rate by the Bank of Italy together with the rise of debt servicing that increased 11% alone in a decade. That the Italian state have the amount of costs of interests amounting to 5,5% says lots of the economic pressure on the budgets and fiscal policies within the government structures. This does not like a prosperous and strong economic situation.

The report continues with more worrying numbers that the Italian labour costs are 11% higher than rest of the EU average. Certainly also that the average productivity of the labour are 12% lower than the Eurozone average. So you got higher paid workers that work less, which also isn’t strengthening the economy.

That the Italians bank’s they have deflated badly loans that has gone from under 5% in 2005 to the running value of close to 15% in 2016. So that the European Central Bank have bought into the government debt issuance: “2014 –2019: At current government debt net issuance rates and announced QE levels, ECB will have been responsible for financing 100% of Italy’s deficits from 2014 –2019”. This is if the debt is: “Assumes €50bn annual run-rate of government net debt issuance” (Astellon Capital Partners, P: 6, 2017). That is a hefty sum when considering all the other fiscal issues that already put forward.

“Substantial increase in non-bank net purchases of Italian debt required ECB and Italian Banks acquired 88% of government debt net issuance since 2008. Over next six years non-banks will need to increase purchase activity to 7x that of past nine years” (Astellon Capital Partners, P: 7, 2017). So a nation that struggles with high paid performance with low productivity are suddenly needed to get the workforce to 7 times higher purchase activity, meaning the production and selling has to increase seven-fold if the state should have ability to sustain the defaulted debt that has increased and the debt the ECB has bought. Together with the Italian Bank gold-reserve which is lower than the stated and needed figures to be sufficient. The bank has gold-reserves by today’s value about €100bn, but by the ECB agreement need to collateralised that needs to be up to €350bn. That the report claims to be only 25%; while the assets are dwindling too and that is also worrying!

The Assets have from 2011 gone from being around 0% or none, to 2016 when the assets of the Italian bank is now in 2016 -20%. Because this have come a German proposal to avoid an new Argentine Bank collapse case. As the Italian Bank are required independent assessments of debt sustainability.

The great risks for Italy and the Italian republic are these scenarios. Like the hedge funds can buy into with high risks and yields through BTP yields during the 2016-2017. Second scenario in 2018 is that the ECB or European Central Bank will be a marginal buyer of the government bonds and buying debts. Third scenario is that the Italian Banks becoming net-sellers and therefore losing their assets with less of profits in the 2016-2017. Last scenario is unilateral re-profiling or re-domination or some form of Greek-Haircuts by 2017-2018, that means trade-offs and cutting taxes to try to revamp the economy (Astellon Capital Partners, P: 21, 2017).

With these numbers and situation, there are certain men in ECB and in Italy that is worried. The strength and sovereign nation of Italy has to find ways of restructuring the debt and assets. What is certain is that the debtors cannot take it easy on this one. The Italian debts and reserves are worrying as the debt has to restructure and the focus on how the Italian republic has to get more productivity and create more production so the taxes and debt per GDP can go down. This will be painful for the Italian state and their government institutions, together with all the debt and bad-debt that the state has to cover, because the banks cannot afford to lose all of these fiscal funds. There have to be a revolution of something if the Italian republic and its workforce are able to 7 times higher purchase activity. That will not come easy and how they will ever achieve that must be by a unicorn arriving and spinning the Fiat wheels of Torino more than ever before; even getting the world more hooked on Milan fashion design or Illy coffee. Peace. 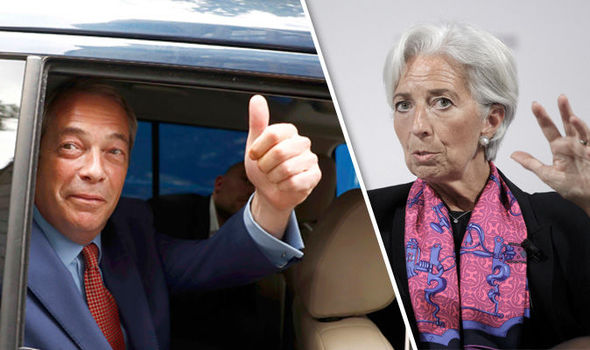 “We take note of the decision by the people of the United Kingdom. We urge the authorities in the U.K. and Europe to work collaboratively to ensure a smooth transition to a new economic relationship between the U.K. and the EU, including by clarifying the procedures and broad objectives that will guide the process”.

“We strongly support commitments of the Bank of England and the ECB to supply liquidity to the banking system and curtail excess financial volatility. We will continue to monitor developments closely and stand ready to support our members as needed.”