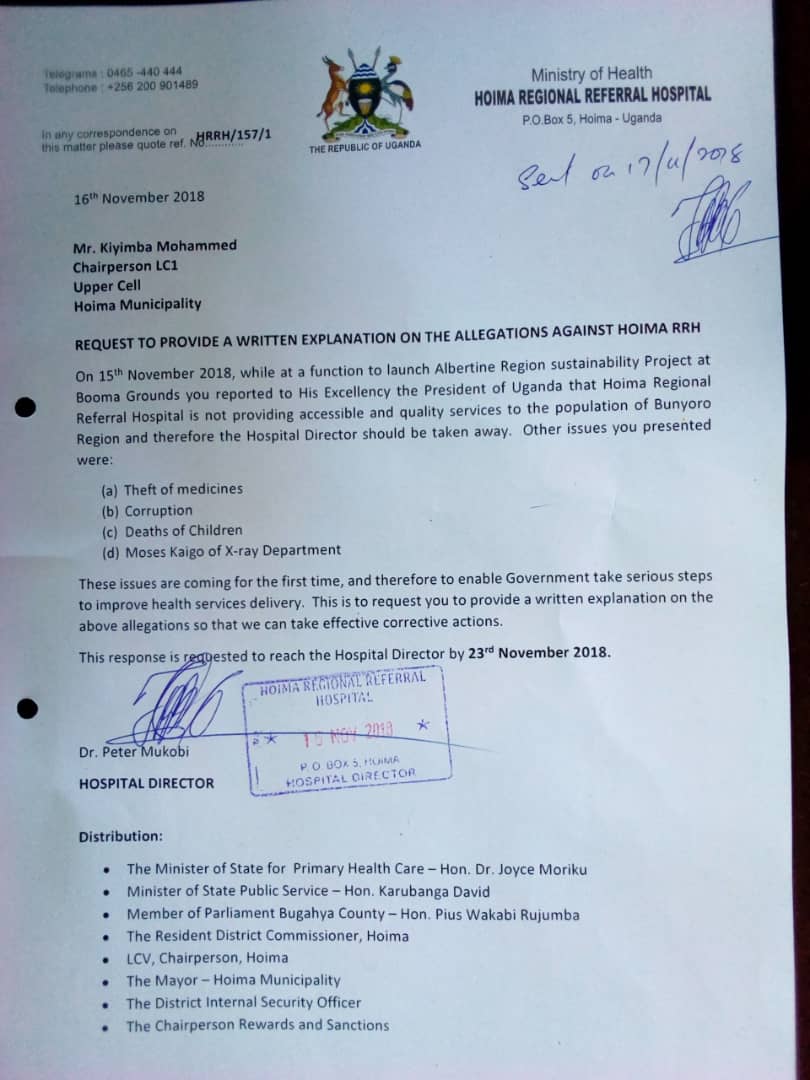 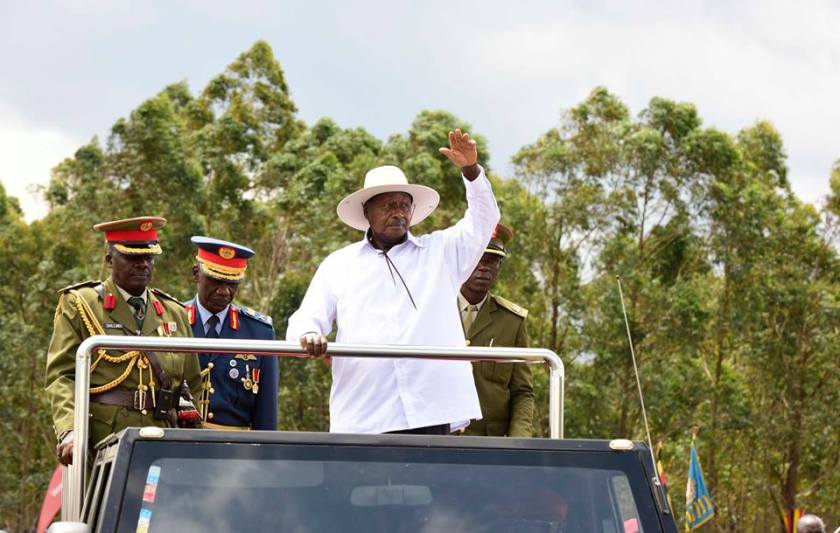 In yet another letter, President Yoweri Kaguta Museveni reveals himself, the character he is and the micro-managing efforts he does have. Instead, of significantly finding the wrongs of himself and his management. He begs to change other peoples ways and tell them directly, where they have to change. Like he forgets that he is the ones that has created this situation and also, the greed for power has costs and the attitude of the public is like this. Because of the amassed wealth of the few, while the rest is scraping by. That is the reality that this President has created, but doesn’t seem to figure out. As well, as the misuse of security organizations to interfere in political atmosphere, creates insecurity, made by orders from above. Meaning him and the rest of the cronies at the State House. That is known, but also overshadowed in his writings.

Yesterday, the President released a letter written on guidelines to Security Organizations within the Republic. Nothing much was new there, but there was concerning aspects. As of the narrative and the ideas coming from the old man. Who is clearly set in his way and writing on default, without much consideration for the other parties, that have been following orders, but now got new guidelines. Apparently.

“Indeed, Uganda has been stable for a long time. It will remain stable. Therefore, nobody should be allowed to threaten life, property or orderliness (obuteeka) in Uganda. If you are a critic, do so truthfully and peacefully” (Yoweri Kaguta Museveni, 28.10.2018).

“The involvement of the SFC, Military Police and CMI in handling law and order issues has been caused by the kawukumi (bean weevils) that had invaded the Police. Otherwise, they should not have been involved and they were never involved. I commend them because the main aims of the government were achieved: to protect the lives of Ugandans and their property. The image of the country was somewhat affected. That, however, will be repaired. What is crucial is the country to be stable and not just to appear stable. Nevertheless, for logical and legal reasons, the army and the other security forces can, if required, backup the Police in Law and Order Management” (Yoweri Kaguta Museveni 28.10.2018).

These statements and typical ways of the President. Shows the insight into how he considers the security questions and how he look forward to ease the ways to peace. It is like he cannot see how the CMI, Military Police and Presidential Guards coming in as Police Officers as a problem, because he is the one most likely ordering it and giving the word to the underlings to strike. That is why he doesn’t seem to care about the attitude and the lack of protocol, only that the image is destroyed. However, he asked for, when he ordered torture, when he ordered the CMI and SFC to take matters into their own hands that bargain. That was a given after the melee.

The stability factor, is only because he is stagnant on his post, but the insecurity is rising, when he gives so much power to militarized organizations, who are there to secure the border. Not catch petty thieves or signal to the world, that you don’t steal Micro-Loans Money that was distend to Mzee himself. These public violent arrests, these killings of protesters and of opposition activists, Yasin the driver of Bobi Wine. Are all signs of the oppression and the lack of tolerance within the Republic. Just like the selective arrest of the people in and around Bobi Wine. Who only guilty of association, not of crimes on any levels. Except being loyal to someone else, than the almighty Bosco.

We know, even with these guidelines, more innocent people will die after a riot; more people will end up in a hospital, because the Security Organization and militarized organization will brutally silence the people. By any means people and most likely on orders from Jajja. That is just the way it is.

He can speak of codes, justice and rule of law, but it is not believable, as long as people are ending up for no apparent reason at SIU Kireka and arrested for association to someone else than the President. You know the stakes and stacks of cards is against the rebelling public. They cannot win and the powerful SFC, CMI, ISO and rest of them will silence the voice of dissent, whenever and wherever they might arise. That is just the way it is. Peace. 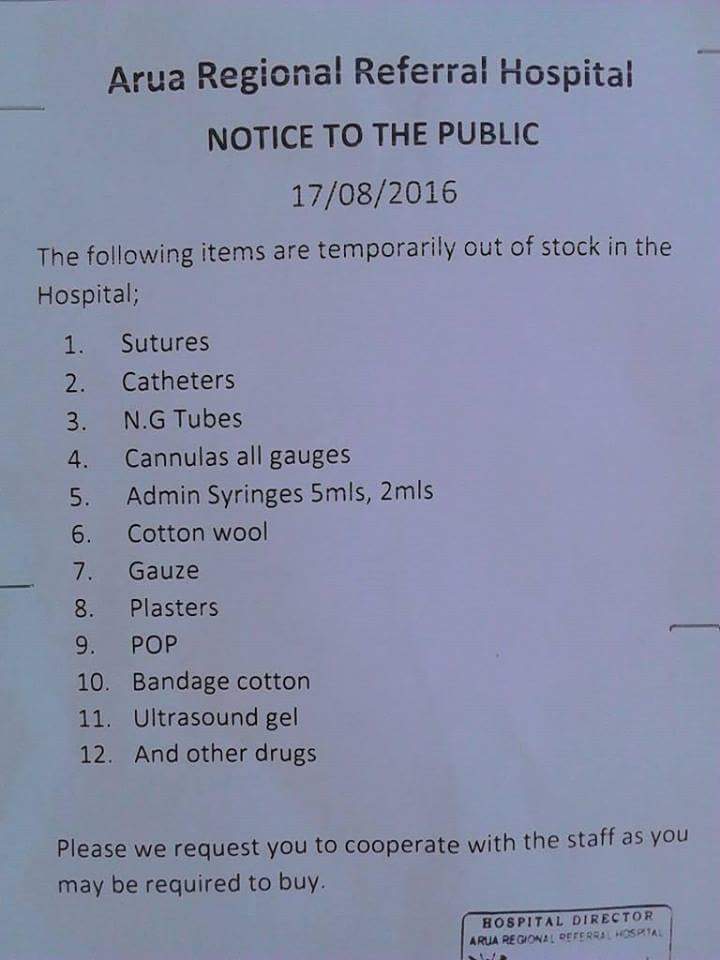 “We have specialists to handle the cases the Members of Parliament that went abroad. We are not shamed about our hospitals, we have all requirements for specialised treatment of the MPs that left” – Ruth Aceng (04.09.2018).

Today, the Uganda Media Centre, State Minister of Helath Ruth Aceng, Minister for Housing Hon. Chris Baryomunsi and Gen. Elly Tumwiine has done their best to defend the state defense to the media. However, their defense of the state of Health Care needs to be dismissed. The other of the spin of what happened in Arua in August has to stop. As there are no one looking into the death and the tortured individuals, more spinning the blame on the civilians and not on the ones shooting live-bullets.

While that is a case, the Members of Parliament Hon. Francis Zaake and Hon. Robert Kyagulanyi aka Bobi Wine left the Republic for medical treatment in both United States and India. However, this is not new. Earlier this year Betty Nambooze after the Age Limit ruckus has had medical treatment in India. She is not alone. As I will show.

From the Ministry of Health Alone in 2017:

The State minister for Primary Health Care, Dr Joyce Moriku Kaducu because of food-poisoning last year, couldn’t get treatment in Uganda, so she flown to Aga Khan Hospital in Nairobi, Kenya. While Dr. Jane Ruth Aceng, the State Minister of Health left Uganda for her knee surgery in India.

Last year, Annie Logiel MP for Moroto headed to Denmark for treatment for her brain tumor, but did not survive. In the same year, William Bejikukye Zinkuratire, who was poisoned after he was sworn-in as MP, later getting treatment several times in India, but as he got final treatment in Uganda, finally succumbed to the illness. Former MP Issa Kikungwe died last year of a brain-tumor, as medical team at Mulago couldn’t save him.

Earlier this year, former MP Ruth Alinyikira Owagage was to get life needed treatment at the Jinja Hospital. However, the lack of oxygen and treatment let her die at the premises.

So, when I hear Ruth Aceng and others saying the Health Care have the ability to treat Bobi Wine and Zaake. I have my doubts, as the State Minister’s of Health went abroad for their treatments last year. The Presidents daughters have traveled abroad to give birth even. Therefore, when the National Resistance Movement (NRM) says everything is fine and dandy. Why did the State Ministers for Health travel themselves for treatment last year? Shouldn’t they be the firsts to use the services they represents?

This is like the brewer not drinking the own made drink, but instead buys Coca-Cola. Your supposed to be proud of what you produce and sell, not the ones you buy wholesale. That is what the State Minister of Health is doing. They are not proud of their service delivery, when your traveling abroad yourself for medical healthcare. That is what they have done. That is why Aceng isn’t the right voice to defend it. She has traveled herself, if someone should understand Zaake and Bobi Wine, it her. Instead she is all defensive. Peace.