Malawi have just inaugurated and welcomed new President Lazarus Chakwera with his Tonse Alliance. The Malawi Congress Party, the party of Banda back to power. The man could walk on water in the first hours of his Presidency. Everyone was looking at the stars, the moons and pledging for a new start after years of Peter Mutharika in power.

It didn’t take many days going from heavenly praises, psalms song across the continent and sweet melodies played to serenade the masses. However, the announcement of the cabinet has backfired. The family affairs, the nepotism, the gifting of ministries and questionable appointments. It is just a familiar tale of kick-backs and grifting.

With a new head of state out of the norm. There was supposed to be change. However, those who believed that, have been proved wrong and just within days. The President has appointed cronies, family members and financial backers of the campaign. It is like a ceremonial act.

Lazarus will have a hard time to say this is made by merit and the warning sign should be there. When the Attorney for the petition to challenge the previous election was offered to become the Attorney General and turned it down. That should been the red-flag of how Lazarus would act.

If he could pay-off his lawyer, the man who made the Fresh Presidential Election possible. What could he do to others?

That was proven on the 8th July 2020. Lazarus would give his blessings, he would appoint family, associates and party cronies. Not the ones most fitting for the roles, not the ones with technical abilities in the field, but some friendly faces who will not challenge his reign. That is how it seems.

This is nepotism. Plain and simple. The President cannot say otherwise. If he does, his lying and that’s not good a look reverend. To make the cabinet into a family matters, make the cabinet into stalwarts and insiders of industry to reign supreme. Only leads to speculations that Lazarus was only game for publicity stunts, but go back to the ordinary politics like usual.

Lazarus was supposed to revive, to reform, but with these appointments. You cannot anticipate much. Except that with nepotism usually comes graft. I anticipate a maize scandal, another cashgate and maybe some unexplained SUVs in the near future. Peace. 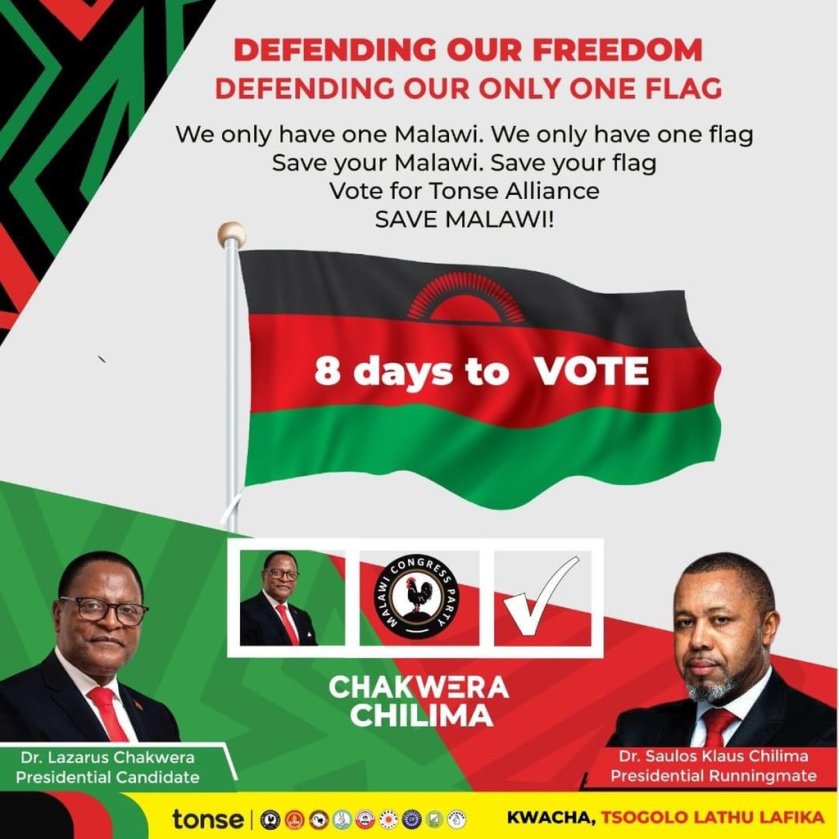 The incumbent as the results of the Fresh Presidential Elections was proclaimed has called this the “worst election ever”. He is right at one point with his statement, but not in the way he wants to be believed. Its the worst polls for him, because the public shunned him and didn’t support him. It is not the worst election in the sense of electoral malpractice or rigging. That was done in the previous election and the reason why it was null and void.

It is like incumbent cannot live on the laurels of the office. He wanted to use the army, use the state broadcaster and all the other tools at his disposal. Now, the incumbent have to give that up. He cannot even drive his big convoy of 40ish cars through the streets of Lilongwe. In his SUV he drives alone now and doesn’t have the soldiers or police officers guarding his every move.

The new president will feel the pressure and will be tested. His in an alliance and has to play his cards well. To both deal with the task at hand. Lazarus Chakwera has made promises to the people. The reverend has spoken against corruption and shady deals for years in opposition. Now he has to prove that his administration will not copy its predecessors with maize scandals and cashgate.

The new president need to fulfil his pledges and settle grievances. Yes there are moments to celebrate. Peter Mutharika is out of office. The DPP doesn’t have power anymore. Now, the liberation party MCP has with Chakwera at the helm. He got to step up and show capacity to lead.

His acceptance speech shown his maturity and his level of understanding. However, the actions he does in office will quickly reveal who he is and who his friends are. We can easily see, if his there for selfish reasons or for serving the public. That will be revealed. The President can decide on the outcome of his time in office. That depends on how he wants to serve that time.

Chakwera will work closely with Saulos Chilima. Both of them will have to step up and prove their game. They got to be big-men and prove their words. After years of challenging the governments in power. These two now has to deliver and show their skills. By the way they have spoken of good governance and spoken against the corrupt behaviour of the previous ones. They better act right now in office.

These two gentlemen better be the best examples of public officials. The duo better be there and act righteous. Chakwera and Chilima have to live up to their whole potential. The people have already celebrated them and fought for them. Now they got to serve and do it correct. Peace. 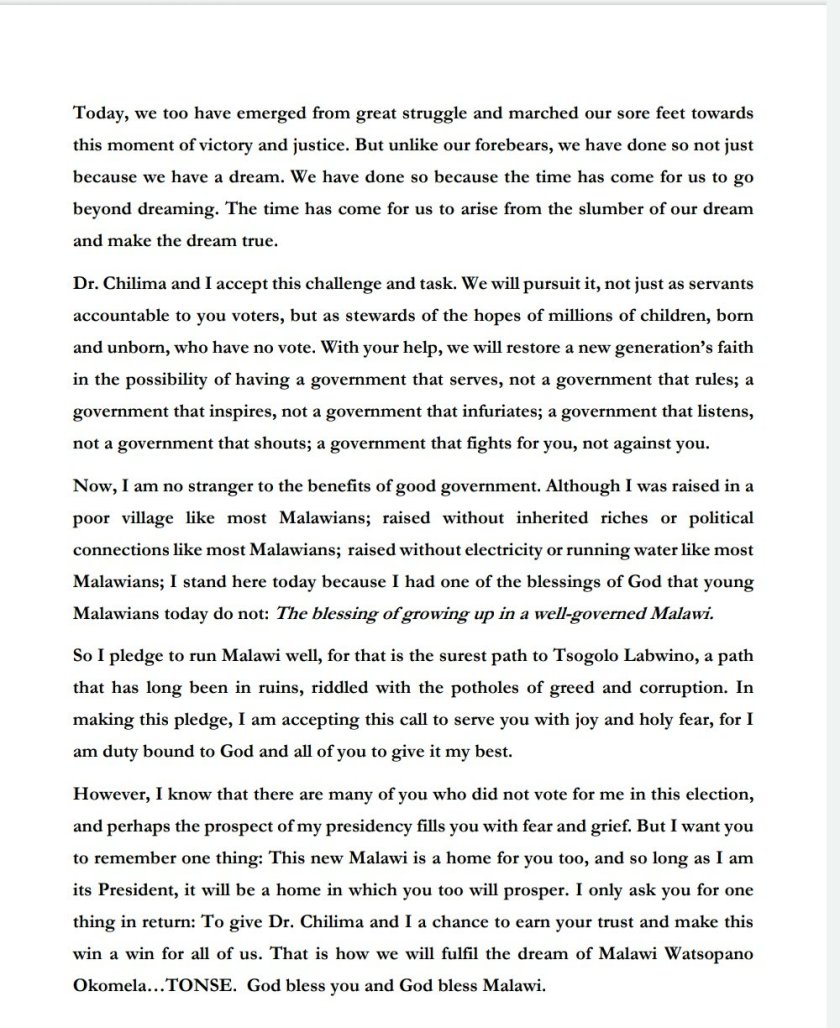 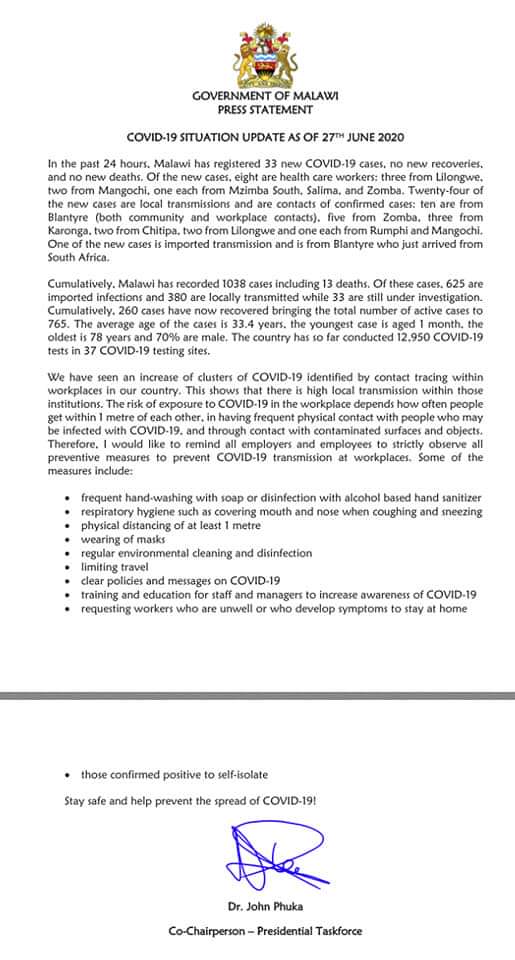 “He is the only hope MCP and Malawi has to restore the development we have been dreaming about” – John Tembo (August, 2013).

Dr. Lazarus Chakwera became the Party President of the Malawi Congress Party (MCP) on the 13th August 2013. He took over for the predecessor John Tembo on that day. Today on the 24th June 2020 the unofficial results are that he has won the Fresh Presidential Polls. That’s why I will look into the President-Elect. The opposition candidate who beat the incumbent President Peter Mutharika.

He has worked as an instructor at the Assemblies of God School of Theology from 1983 to 2000 where he became the Principal in 1996. He has been the co- director and a lecturer at All Nations Theological Seminary. Since 1989 to 2013 he has been at the helm of Malawi assemblies of God presidency.

Some says the Assemblies of God was run as an evangelical enterprise after model of churches in America. This means the reverend is a business-minded person and not only for the souls. There are talks that Chakwera is neo-liberal in the sense of market and business.

This he spelled out in November 2015:

“No President can say in one breath that the government needs to move away from dependency on donors and at the same time sink Malawians deeper into dependency on Government subsidies. Malawi does not need a President who invents new ways to spend Malawians’ money, but create new ways for Malawians to create wealth which they can spend as they see fit. How can this president administer a cure for our economic ills if he is unable to see that dependency on subsidies is part of the sickness? How can Malawians be engaged in activities that grow the economy when he is busy deepening their sense of dependency?”

This here is his own statement in what he believes. Yes, any government should be able to find revenue and carry its own weight. That it shouldn’t be dependent on donors to finance the budget. However, it shows that he wants people out of subsidies. This means that the people have to earn and collect money other ways, as the state will not burden or help businesses to operate. That is the reality of this sort of thinking.

In similar fashion he said this during a rally in 2014: “Malawians are poor not just because of God’s will but […]due to the spirit of hand-outs which has grown roots among Malawians. No country in the world can develop through the spirit of giving its citizens Cows, Houses and any other Materials’; development required ‘teaching people to work hard” (Chakwera, May 2014).

We can see that this is s favourite way of thinking from him. This is a clear sign of what is ahead. There will be privatization and “liberal” economic thinking. Expect the markets to be less regulated and less state involvement. As he will instead take away the national bodies of trade, commerce and industry. All done to ensure that they are not subsidized, but run by own hard labour. That is how I connect these things.

I’m worried if the article of Aubrey Makina published on 28th January 2018 is true, where it states: “If Chakwera with powers of a party President can decide exile contrary voices, what would a Chakwera with the Police and Army in his pockets do to critics? That should be the question you should ask yourself before you start selling a fake idea of a rebranded MCP. A look into Chakwera as a leader: kill all who disagree with me. The dark days of the Malawi Congress Party are still with us. Our elders being the wise they have always been throughout history could never have been any right: just because a hyena changes habitats, it does not cease being a hyena. A hyena is a hyena all the same. A party founded on blood, serviced by tyranny and fuelled by dictatorship will not change simply because it is in a new dispensation. Not even new leadership will change it. It will still remain dictatorial, tyrannical and blood-thirsty as it has always been” (Aubrey Makina – ‘A look into Chakwera as a leader: kill all who disagree with me’ – Malawi24.com, 28.01.2018).

This is here is maybe a follow up, as the sudden changes of the MCP National Executive Committee, which was changed without a conference or a convention who elected them. As the party president Chakwera just changed their titles and roles without any consultation. Also reconstituted the whole NEC and made new roles to it as well. This was all done in march 2018. When rebels to this move by the party president was called “troublemakers” and suspended by the party. That shows what sort of acts he does with power. Since he could do this with his own party, what can he do in power?

We also knows he has a way with words, as he called the incumbent President a “Prince of Thieves” and asked for a foreigner to run the Anti-Corruption Body (ACB). That is the sort of man he is. Yes, his a previous reverend, but his actions as Party President isn’t all rosy. Politics can be brutal, it isn’t a game for the faint hearted.

Chakwera might expect fanfare and be a voice of change. There are however, some warning signs. They might be scorned leaders and members of the MCP. These voices might tell something else than what the party itself would ever want to tell.

We know that a leader like Chakwera doesn’t want the dirty laundry out in the public. I know plenty people will congratulate him today. His a winner and beaten an incumbent. Nevertheless, the when getting the highest office in the land. You should expect to be looked into and see what you have said and done.

I don’t know Chakwera from Adam, but I do know he got a history and that will reflect on who he is as a person. Yes, I am not for rigging yourself into power like Mutharika did. However, I still want to know the person who will be in-charge and know what he did before he took office. Peace. 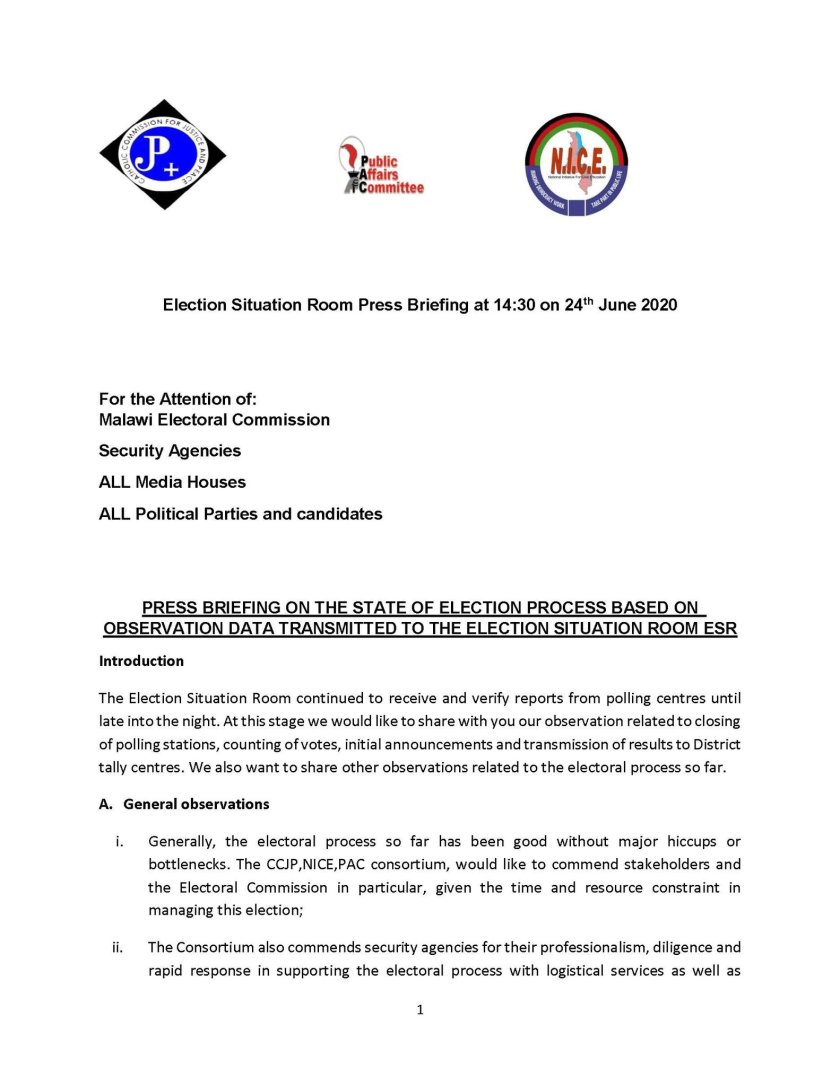 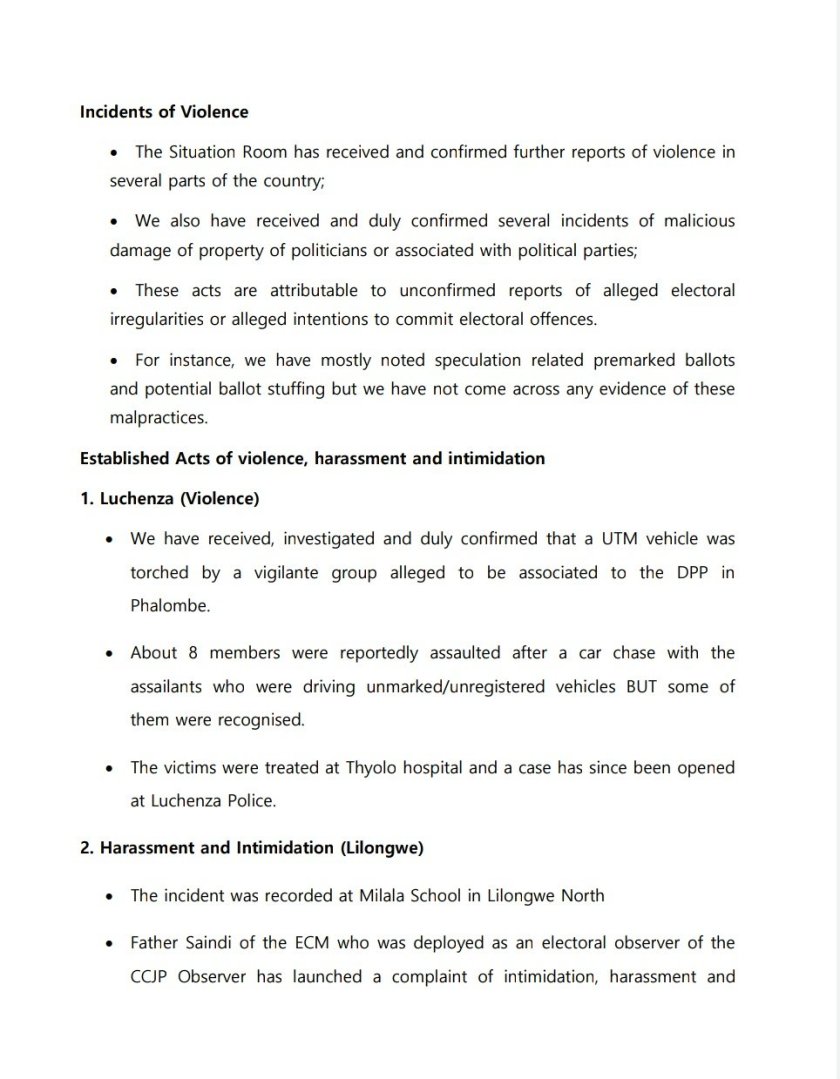 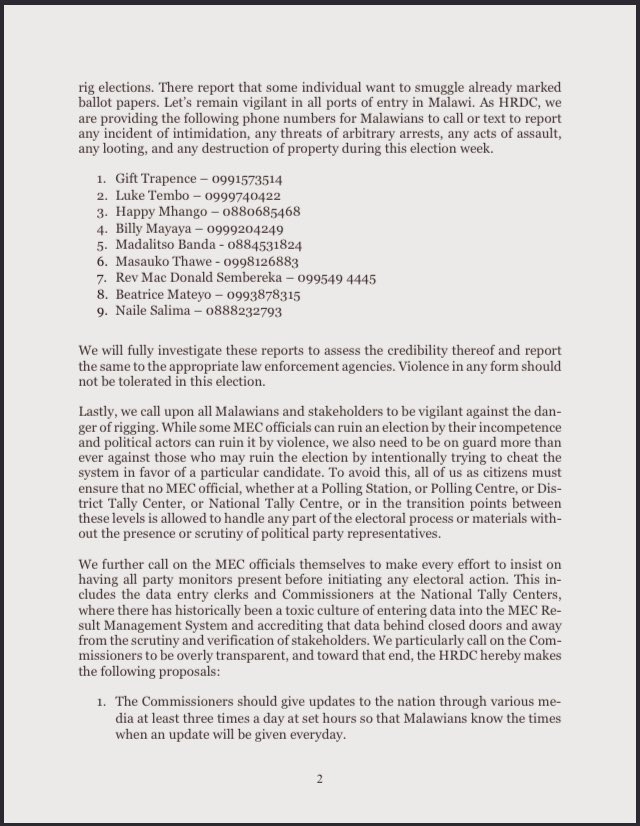 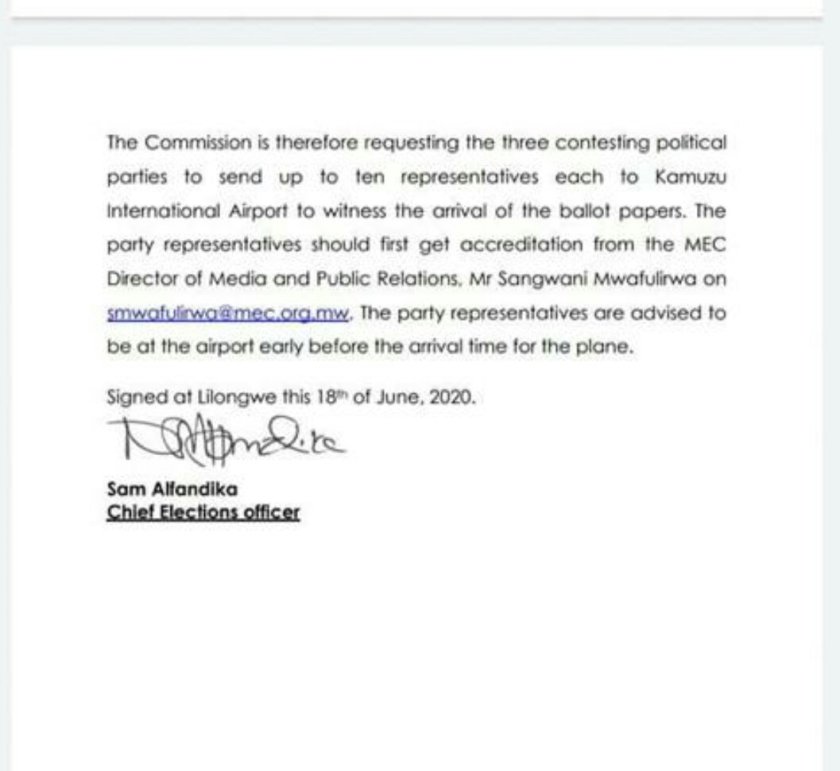 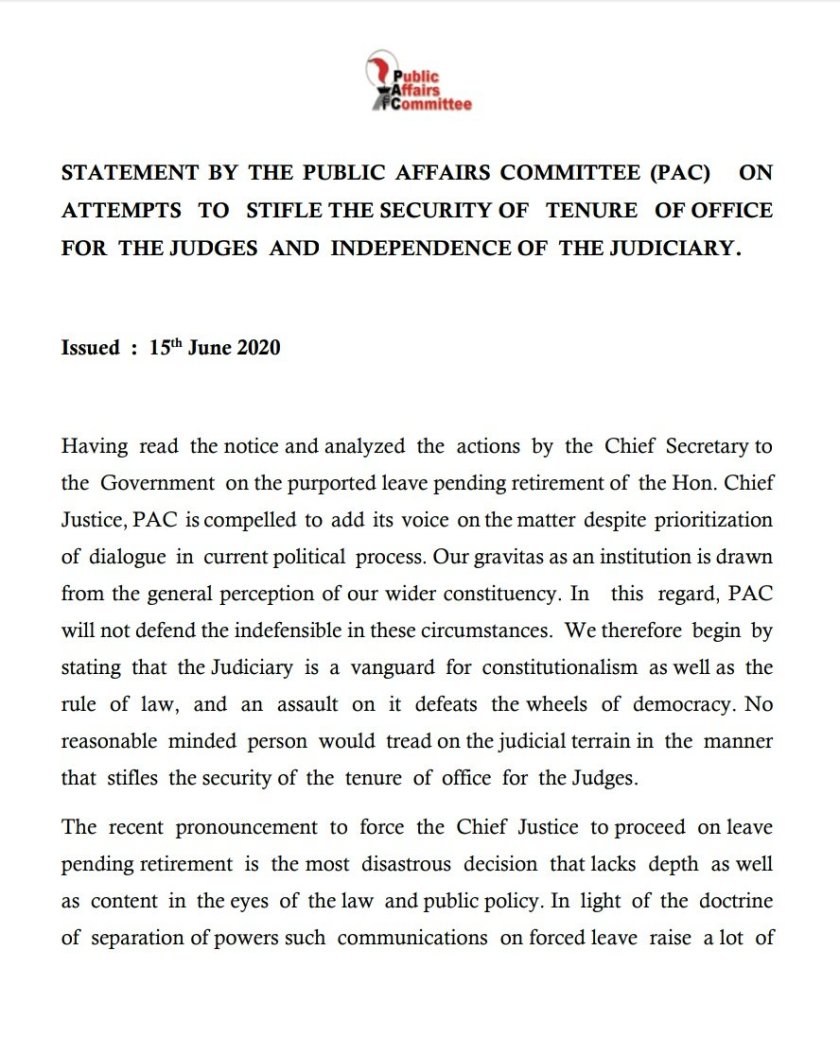 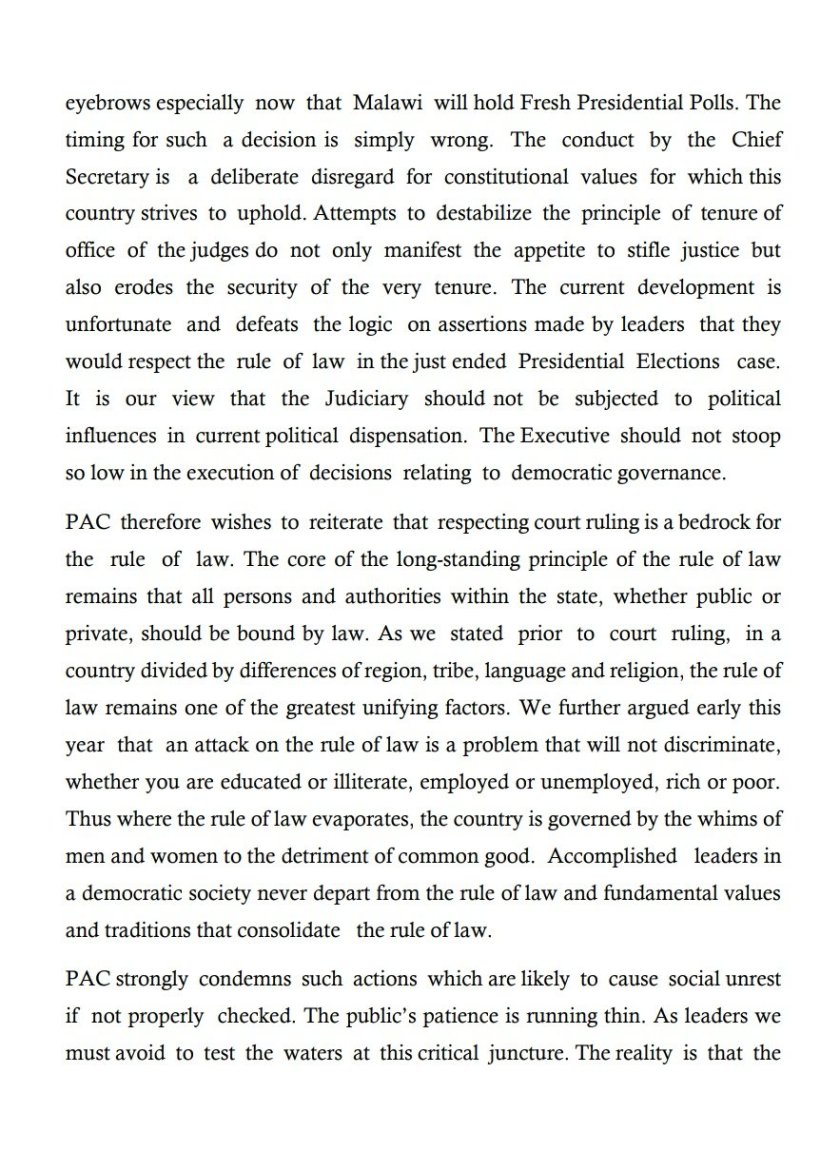 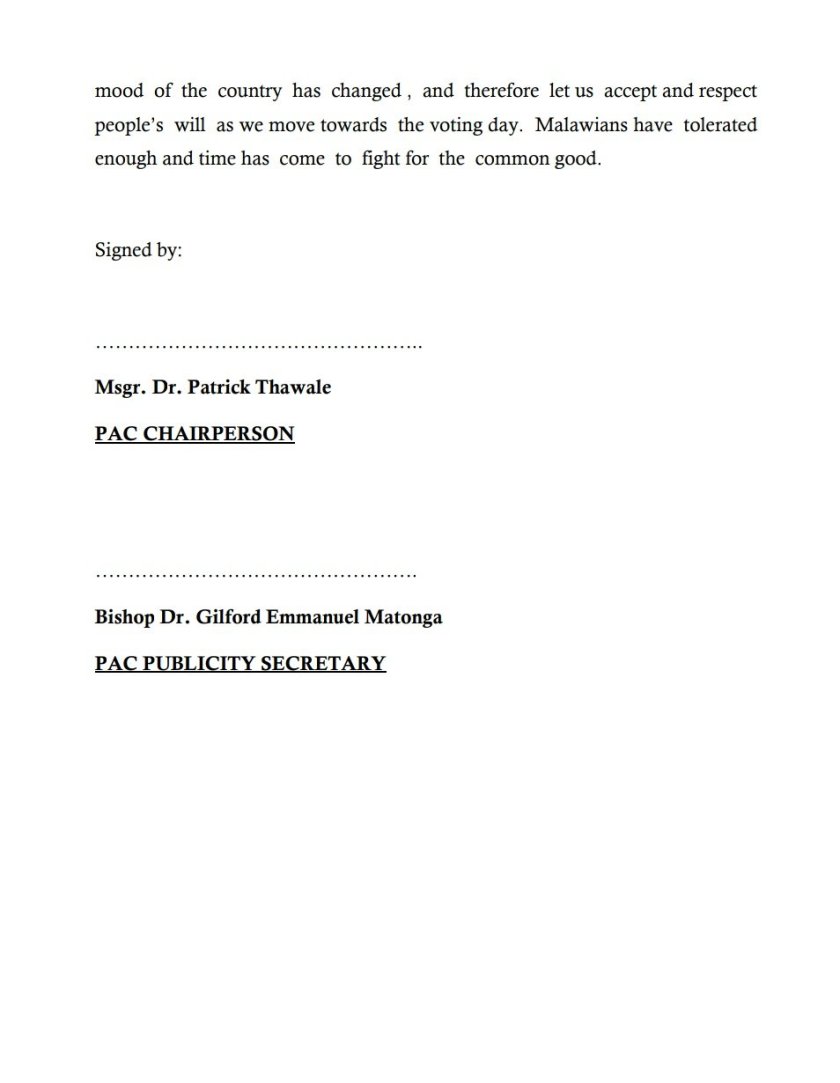