Archive for the tag “EAC Heads of State Summit” 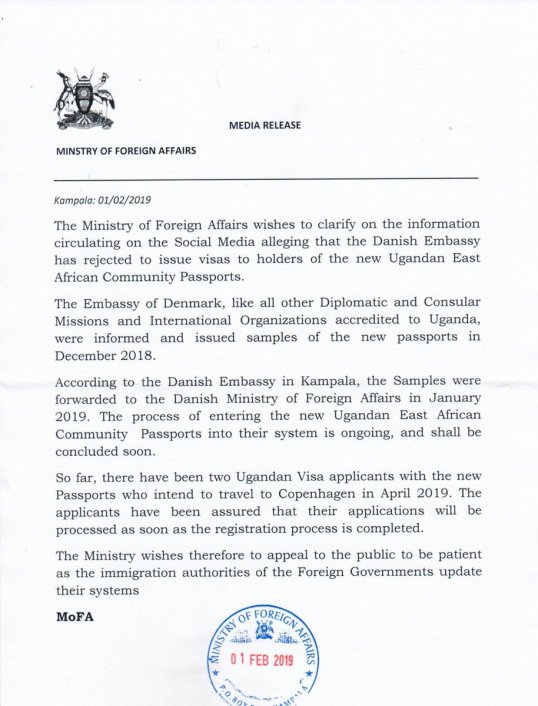 Opinion: Is the EAC slowing breaking apart, because of Nkurunziza and Kagame?

Now for the second time within two months, there been a cancellation of the East African Community – Heads of State Summit, which was scheduled for the 30th November 2018 and the second one on the 27th December 2018. Now, the EAC Secretariat says its postponed.

The reality is that this bickering, this nail-biting between neighbors aren’t creating a better space for the civilians. This is showing a disregard for the citizens and the region in general. That Bujumbura has trouble with Kigali is clear. Also, that President Paul Kagame this week alone, said Rwanda had problems with two of their neighbors, but not the two other. That means, there are more issues within the EAC, than the EAC and the Heads of State want to play.

President Pierre Nkurunziza needs enemies outside now, since he has soon killed off everyone inside his fiefdom. He wants total control and own his Republic without any oversight or questioning from abroad, that is why he is silencing the media houses and the NGOs in Burundi. The Rwandan counterparts aren’t better, just more diplomatic, but we know the truth. That both regimes are tyrannical and despotic at best. They are not democratic dreams of nations, who cares about the liberty and freedom of their citizens. Therefore, they are both playing high stakes to look good, while making the other the enemy.

This while Tanzania, where the rising repressions are happening too, President John Pombe Magufuli are already getting questioned by all opposition parties and losing aid money. As his oppressive actions, his laws and his attitude towards dissidents. While he has a better relationship with EAC Chairman and figuring out better deals with Kenya.

The EAC Chairman President Yoweri Kaguta Museveni are not able to fix the issues between Nkurunziza and Kagame. He just want to look like the giant and the grand-pa everyone is supposed to trust. He speaks with double tongue, as he speaks of dialogue, but torture and arrest his opposition.

The one outside the current squabble and drama between the states are Kenyan President Uhuru Kenyatta, who clearly waiting for another big scandal back-home and also a PR Stunt to cover it up. The Kenyan have had trade wars and challenges with both Uganda and Tanzania. But during the last two years, these has been more or less solved. As Kenyatta want to be integrated and get the trade done between the Republics.

Now, as we are soon clocking into 2019. The EAC integration, the EAC as an idea is dwindling in value. As the Heads of State Summits is not valued. The EAC are not able to fix the current headaches or even talk. The Burundian government are fighting it and making the Rwandan counterpart the scare-crow. While not looking into it self and what it does. Because the President and CNDD-FDD are not willing to really support the Inter-Burundian Dialogue, where Museveni also is the sponsor of it.

Not that Kagame mind all of this, even as the Chairman of the African Union (AU). It is like he doesn’t mind, the issues with Burundi. That it doesn’t stress him, as he can do whatever and do PR stunts to make him look good abroad. Even as he is a tyrannical son-of-a-bitch. No one should undermine that fact, only the blind sees it different or the ones bought by his swagger. But I don’t get caught into that mess.

With the years of crisis in Burundi, the lack of new protocol or even measures that matters. The Burundian government have decided to pull further away. Just like they do with international bodies within the Republic. The EAC is just a body who will meddle and Nkurunziza doesn’t want that. He wants to be the overlord. That is why this is happening.

Kagame will try to look innocent, but he is far from it. He has dozens of sins and blood on his hands. Even if he haven’t done anything in this manner, even if he is the guy that has supported militias to attack outside Rwanda in the past. He has the ability, but no proof at this moment. Just a likely figure to act like this and therefore, the CNDD-FDD tries to fool itself to an enemy. While Museveni are not able to configure or even bypass these problems. Without looking like fool, who cannot even get the men to talk and discuss the matters like men. Peace.

Opinion: Nkurunziza holding the EAC hostage to protocol, as he boycotted the Heads of State! 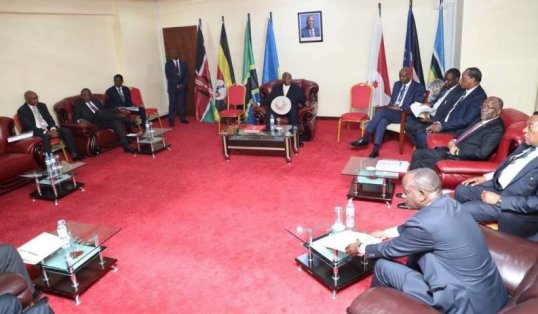 Today, there was an obvious boycott from the Burundian government in Arusha in Tanzania. As the scheduled 20th Heads of State Summit of the East African Community was about to happen. Pierre Nkurunziza boycotted the day and showed his defiance to the rest of the Community. Who knows why, but maybe he is worried of what would happen there.

This was established in November in 1999 and since then, all the Heads of State has meet for further integration and for the collective missions for the region. The EAC are clearly at a cross-roads, if that is because of Burundi or because of the leadership at the EAC. Since the Chairman at this point is President Yoweri Kaguta Musveni of Uganda. He got the letters earlier in October 2018, that Pierre Nkurunziza wanted the Summit postponed. However, because of scheduling conflicts, the President Uganda counterpart wanted it to happen.

“The 20th Ordinary Meeting of the Summit of the East African Community Heads of State that was slated for Friday, 30th November, 2018 at the Arusha International Conference Centre (AICC) in Arusha, Tanzania has been postponed to a later date. Making the announcement at the AICC’s Simba Hall, the Chairperson of the EAC Council, Hon Dr. Kirunda Kivejinja, said that the Summit would not take place due to a lack of quorum caused by the absence of the Republic of Burundi. “According to Rule 11 of the Rules of Procedure of the Summit of the EAC Heads of State, quorum is made of all Partner States representation which is in consonance with decision making by consensus under Article 12 of the Treaty,” Dr. Kivejinja, who is also Uganda’s 2nd Deputy Prime Minister and Minister of EAC Affairs” (EAC, 30.11.2018).

So, the Heads of State are postponed and the set date is now 27th December 2018. That means a month time, this time we can wonder if the Burundian will bail again. As the Burundian government are planning to prepare for their 2020 Elections and surely drag-out the dialogue without having all the stakeholders.

This was clearly a message from Nkurunziza. As he fears something brewing and doesn’t want to be humiliated or even pressed by neighbors. As he wants a free way of life time presidency like others. President Nkurunziza was invited and known of the date since October from the Secretariat, therefore, the added letters in November was more a stalling tactic. However, this should backfire, as he will be remembered for ditching the EAC.

The EAC who has monitoring and being the mediator with the dialogue in Burundi. The President should be happy it is these chaps who are doing it. As if it was further outside, they wouldn’t accept the tactics used by the Mpaka and the government involvement with force to block others from being part of it.

This is really a sign, as the others showed up and with credentials and ready to continue the agenda of the EAC. However, as Museveni wrote in his last letter to Nkurunziza: “Some matters on the agenda need to be attended to promptly and let us not be held hostage of the rules of procedure”.

That seems like the plan of Nkurunziza… keep the EAC hostage to procedure. Since, he boycotted or bailed the Heads of State today. That is the memo from Bujumbura. Peace.