The three last Presidents of the Democratic People’s Republic of Korea (DPRK) or North Korea has worked to produce and the ability to build nuclear weapons. The North Koreans has used all tactics, metrics and markets to get a hold on technology or ability to make nuclear weapons. This has been done by all the leaders of Pyongyang. Therefore, the acknowledgment and the recognition of DPRK in the UN body of the disarmament conference of nuclear weapons is foolishness.

This isn’t the place or the sort of forum where the North Korean state has anything to do. They are neither believable or a representative state for that matter. The DPRK would sell their peasants as slave labour to get the right scientists, uranium and possible technical facility to build a “fat man” or a “little man” in 2022.

That’s why the news of DPRK working and representing this UN body or conference is ridiculous. It is like we supposed to take a blind eye or forget about what the DPRK have been working on for all these years.

It is the sort of propaganda victory and perfect for internal spin. That the DPRK see this as a way of legitimizing itself. DPRK can really build upon this… and everyone else should speak out about it. Because, this doesn’t make sense. This is like letting the criminals run the investigation into the crimes they are committing on a regular basis.

Pyongyang will get heat for this and righteously so. Since it doesn’t make sense that the DPRK is leading this… Peace. 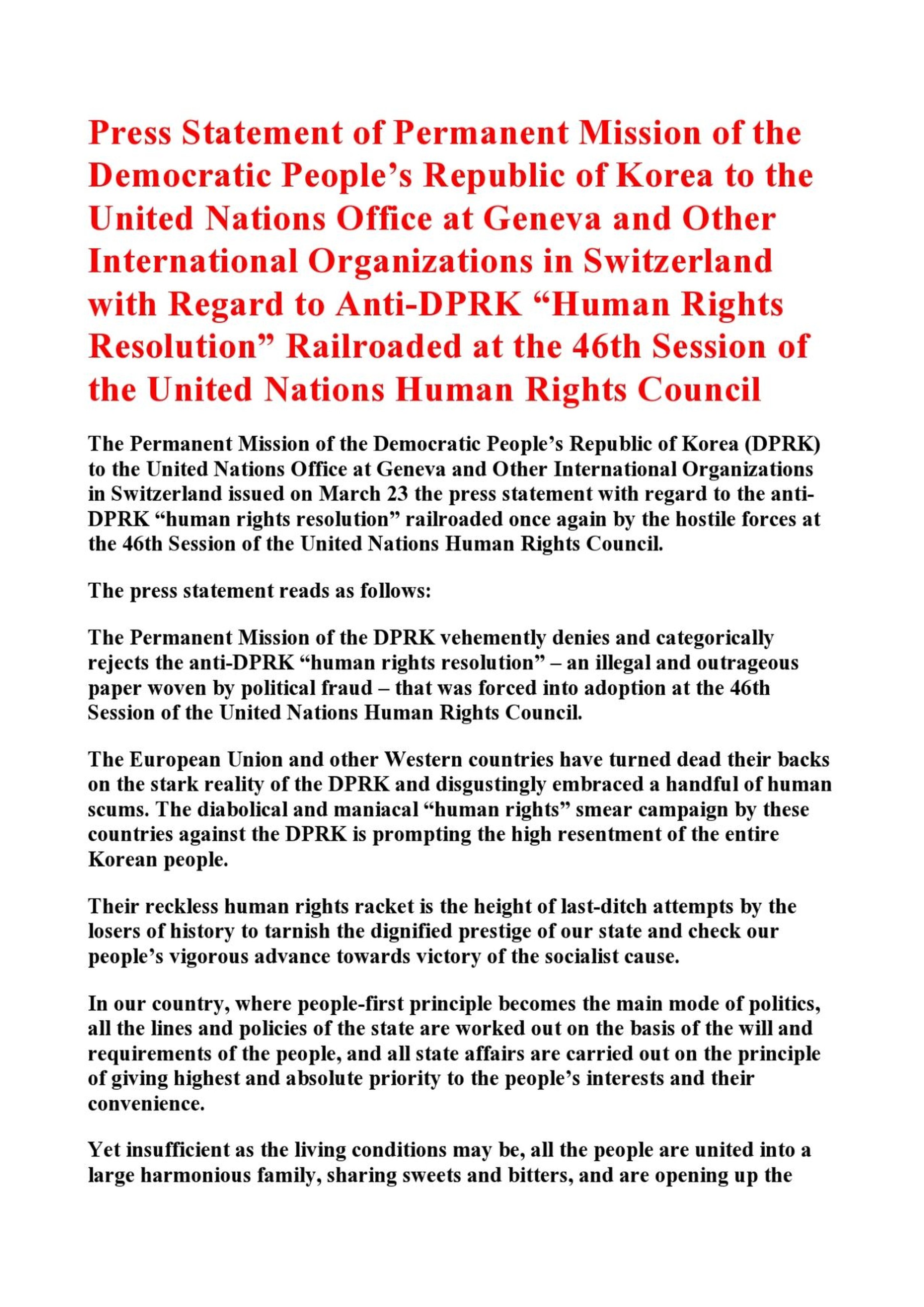 The North Koreans have both having businesses in Uganda, but also traded weapons to the Ugandan army. This have been older systems of ammunitions and weapons. Still, it has been an enterprise that have given the Pyongyang the needed foreign exchange and profits. While the Ugandans could get excessive weaponry to conflicts across their borders. It has been a win-win for both parties.

Which, when the Danish documentary series “the mole” exposed this. It has been known for ages. The UN has filed it in its reports for years. The knowledge of this trading and collaboration have been known. The DPRK and Uganda have been partners in crime. These low-cost parts and ammunition sold to Uganda have been good business for them both. Cheap imports and accessible to use in proxy wars.

There is knowledge and reports that contrary to UN Sanctions, the North Koreans has both manual workers and medical professionals working in Uganda. This is a way of earning money on the labour made by these citizens. Who are facilitated by state corporations working on projects and as part of state tenders in Uganda. Therefore, “the Mole” idea with building an arms factory in Uganda and using that as means for exporting illegal weapons. Wouldn’t be far-fetched because of the relationship between the states. It would be a win-win for both Republics and Presidents.

Just recently, Kim Jong-Un sent this message to Uganda on its independence day:

“Our people sincerely hope that under your leadership, the friendly people of Uganda will achieve great successes in their efforts for consolidating the national unity and attaining the socio-economic development of the country. I take this opportunity to express my conviction that the friendly and cooperative relations between our two countries would continuously strengthen and develop by inheriting their history and tradition.” (Mfa.gov.kp, 2020).

If that isn’t a message, than nothing is. It really says it all. As well, with the knowledge of how long they been trading. Using illegal means to profit of each other. As the one benefits from the other. Both parties knows that. The DPRK wouldn’t be involved and has this sort of deals, unless it earned on it. Neither, would the Ugandan have it either. Since, they are getting a bargain and getting things cheaply, but also weapons, which it can use for questionable enterprises elsewhere.

President Museveni have had this sort of relationship, because it has been beneficial to him and his allies. He wouldn’t have done this, if it wasn’t anything in it for him. Pyongyang and Kampala been friendly, because its good business. They are both getting what they need.

“The Mole” is maybe opening the eyes of a few new faces. However, many of us knew. Peace. 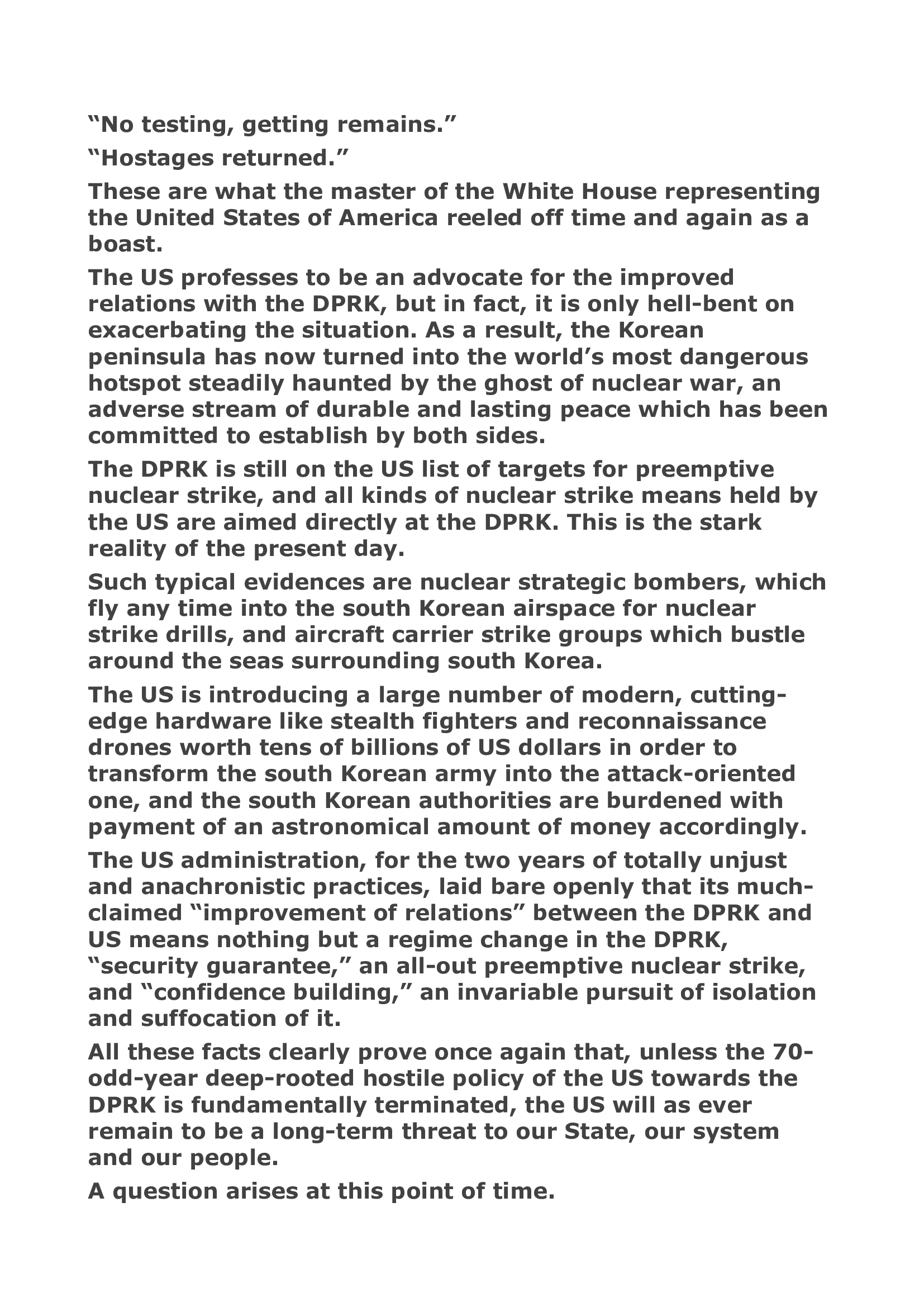 In Pyongyang, North Korea there are rumours coming out about the state of their Supreme Leader Kim Jung-Un. The third generation dictator, the family of all marvellous inventions and origins. The family of Kim’s and the dynasty of Kim. This is maybe now in jeopardy.

We do not know at this certain moment. There is speculation that the President and Supreme Leader is already dead. Another rumour is that his in a vegetative state after a failed operation. The third, which is the most hopeful is that his on a beach chilling out before a new missile launch. However, none of these are verified.

The rumours are spread through news agents in Hong Kong and Japanese sources. There is also reports of a team of doctors coming from China. There are nothing new or unique dropped from Korea Central News Agency (KCNA) or Pyongyang Times.

There is even a speculation of the fourth in line of the Kim Dynasty, the first Woman Supreme Leader Kim Yo Jong. However, that is also baseless at the moment. There is no official report.

Surely soon, there will be some harsh words to the world. Some sort of Foreign Affairs writ, piece or article where the whole world is called bullies and so-on. Nevertheless, the locked and sealed of nation and their actions quickly get put into question. As the secretive affairs is their business as usual. However, the weird silence and rumours are sparking speculations.

I got no idea, if his dead or alive. If the Supreme Leader is eating Kimchi or in a vegetative state in some hospital in Pyongyang. If not if his planning to take a stroll on one of his beach resorts. Because, this are only speculations after rumours. While its even talk of a successor too.

It is not like we will see white smoke from Pyongyang. Not like there will be ballots or a higher court verifying the leadership. Neither the Workers Party Central Committee to handpick another one.

We just have to wait and see, what North Korea serves the world. If it is a another missile, another vindictive statement or if Kim Jung-Un dead. We don’t know, but have to wait for the official statement or evidence of life. Peace.

This is not the first time the Democratic People’s Republic of Korea or the North Korea fires some salvoes the way of the United States of America Administration. Especially the Trump Administration and their diplomats.

Just last year, the DPRK said this about the US: “The U.S. is fatally mistaken if it went to the extent of regarding that the DPRK would be compelled to accept, out of its patience, the demands reflecting its gangster-like mindset. A shorter way to denuclearization on the Korean peninsula is to remove deep-rooted mistrust and build up trust between the DPRK and the U.S” (KCNA: Foreign Ministry Spokesman on DPRK-U.S. High-level Talks, 07.07.2018).

So the North Koreans are tired of the gangsters in Washington DC. It is again another salvo from Pyongyang, This is not new, but this shows that the diplomatic relations are strained. What is happening is not reassuring. As the meetings, the supposed grand-deal or anything else haven’t changed anything. Only paid Kim Jong-Un for a few international trips and hotel service on the outside of North Korea.

“The DPRK-U.S. relations that could have been derailed and fallen apart several times due to such hostile acts and wrong habitual practices on the part of the U.S. are still maintained. It goes to the credit of the close personal relations between Chairman of the State Affairs Commission Kim Jong Un and President Trump. But there is a limit to everything. The close personal relations can never be kept aloof from the public mindset and they are never a guarantee for preventing the DPRK-U.S. relations from getting aggravated or for making up for. The U.S. trumpets the crucial measures taken by the DPRK for confidence-building as its own “diplomatic gains” but no substantial progress has been made in the DPRK-U.S. relations and belligerent relations still persists that there can be the exchange of fire any moment. The U.S. is seriously mistaken if it is of the idea of passing off in peace the end of this year, by exploiting the close personal relations between its president and the Chairman of the State Affairs Commission of the DPRK for the delaying tactics” (Kim Yong Chol – ‘Korea Asia-Pacific Peace Committee, (KAPPC) made public a statement on Oct. 27’, 27.10.2019).

If the Trump Administration want to be serious. There need to be more love-letters and maybe not the tough-guy letter to Erdogan. That is a bad look and not showing class. Neither the tact between two parties. There is time for Washington to get in the ones whose not gangsters and whose diplomats to actually act diplomatic. That is if they are serious about making the Korean Peninsula a peaceful and non-nuclear.

However, the non-action and the threats are not the thing to sustain this one. The fragile relationship seems like it needs some reassuring messages. Needs some love and care, just like flowers needs water and sun to stay alive. This is why the Trump Administration needs to do something. That is if they they care about their allies in South Korea and Japan. Since, they all need a peaceful DPRK. They don’t need missiles hitting vessels in South Korea or closer to Japan. That is not helping anyone.

Except getting the DPRK again in the headlines, just like missile testing and showing the brilliance of the industrial actions of the weapons program. Instead of finding a middle ground and some sort of arrangement that the DPRK and the US combined seems to win with. That is not happening right now. Just more hawkish activity or non-action. Both not making anything positive.

This got to change. That is if the US administration or the DPRK want this to work. Peace.