As we are beginning the campaigns and the run-up to the elections of 2021. The reality will hit the public. We will see the truth about how the authorities and law enforcement act upon the dissidents and opposition. The regime will show it true colour and cannot act surprised. The way they do and what happens will clearly show a significant pattern. That cannot be judged on sudden reaction to an rally or a consultative meetings.

The National Resistance Movement (NRM) have before the campaigns already shown unfair the society is. As they have had the capacity to hold rallies and be in the general public. While the opposition have been blocked from radio stations and holding consultative meetings. This being the pre-equal to the General Election next year.

As well, as the same rules are allowing rallies, processions and so fourth for the aspirants of the NRM. While opposition cannot even be nominated or have a press conference without being directly arrested a hot minute after. That has happen to so many, that its total obstruction of their justice and rights to campaign.

These “Scientific elections” are supposed to be like this because of the danger of COVID-19 or Coronavirus. The pandemic that are upholding social distancing and PPE. The reality is that, we will see a double standard, which will be common. The opposition not allowed to rural radio houses and up-country. While NRM can campaign both within media houses and on the streets, The posters of opposition will be taken down. The NRM can even spread posters through Bukedde, Daily Monitor and so fourth.

The Uganda Communication Committee (UCC), Uganda Police Force (UPF) and Uganda People’s Defence Force (UPDF) will all work directly for the NRM. These will order media houses to not have opposition leaders on-air. Neither, will the UPF and the UPDF allow the opposition to greet the public. While the UCC will not block the NRM from appearing on-air and neither will law-enforcement block the NRM for greeting the public. The UPDF and UPF will walk side-by-side with the NRM aspirants.

That is why we know the game is rigged. The NRM will have all favours and always have a helping hand. The authorities and all part of the state apparatus will work for them. They are serving the NRM and not the general public. It doesn’t matter if it is DP, UPC, FDC, NUP, JEEMA or anyone else. They are troublemakers and will be hit by the state.

These elections and campaigns will not be fair. The state and all of its actors will use their mandates to put hurdles in the way of the opposition. The NRM will have a soft landing, while the others has to go on a crash-course and hope for as little damage as possible. Because, no matter what the opposition does. It will be countered and there will be resistance. The NRM will not offer any goodwill and will only cause havoc.

The NRM will use the state as their partner in crime. Every possible way to act will be punished and there will be no remorse. The state will have no sympathy and show no heart. They will not condone and not beg for forgiveness. That is because, the NRM and the state believes you where stupid to challenge it and to stand up against it. You were supposed to be blind and submissive.

The NRM will have all the perks, all the opportunities, while they will undermine and mock the opposition for their troubles. The NRM wouldn’t be able to run, if they had the same hectic mess the opposition has. The NRM would malfunction and be on self-destruction, if they met the same obstacles, which it serves all opposition. They are used to have no way, while the NRM has the big high-way and a free way of opportunities. That is a luxury, which nobody else have. This is why the “Scientific Elections” only will amplify this and expose this rotten game. Which is rotten from the head to the grassroots. A system blessed from “high above” to the lowest civil servant. Peace. 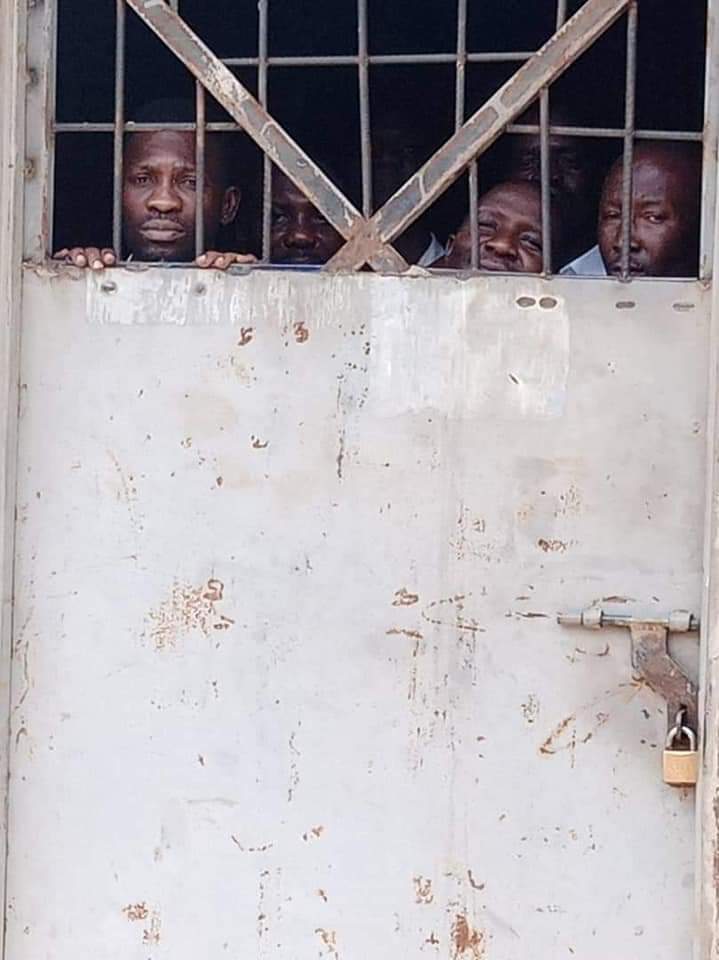 The opposition in the Republic will not win at this point in time. It isn’t because of their lack of swagger and viable candidates. This is simply, because of the status quo and the whole state machinery is working against them. There is no chance that the President and the National Resistance Movement (NRM) will give way. That’s not happening anytime soon.

The Forum for Democratic Change and National Unity Platform (People Power) parties are the most high regarded opposition. The FDC has the history, while NUP and People Power are the new renegades. This is the Kizza Besigye and Robert Kyagulanyi aka Bobi Wine coming to full force as challengers to Museveni. They will gain attention and get popular. However, in the grand scheme things this will not matter. These two might win the election, might even be hugely admired by the population. However, the machinery will not let Museveni loose.

That is why the rigging will close the doors for the opposition. It is reason why I don’t mention Alliance for National Transformation (ANT), Mugisha Muntu and Democratic Party Norbert Mao. Neither is Uganda People’s Congress, James Akena or Justice Forum Asuman Basalirwa. Or whoever is running the Uganda Federal Alliance, Farmers Party or People’s Progressive Party. These lastly mentioned have enough to get an MP elected into Parliament. Not even thinking of challenging the throne.

Muntu and Mao might want to be in the big-league, but we both know they don’t have it. Neither does Akena, he is cahoots with the regime with a deal. So, when your dealing directly with NRM. You cannot anticipate the brother will do anything about it.

This is why in reality it is a battle for the FDC and NUP. These two are the parties that has to challenge and show force towards the NRM. Not, that through the ballots will make a difference at this point. The Electoral Commission, the NRM is busy scheming and preparing the results. We know who will win and that is all in the cards. To think otherwise is either naive or foolish.

The NRM will conquer, they will use all means. There is a “scientific” elections going on. That is used on the opposition, which is stopped from campaigning. While the NRM candidates are doing so, either in secret or by using government programs as a shield to allow them to meet people. That they will use the state as tool to not only campaign, but also rig the elections. This is why the opposition has no chance.

NUP and FDC knows this. They will show flex, but will they dwell on the inevitable. The ones whose moderate and pragmatic, will only benefit a small group. While the big-men of the opposition got to stand up in the midst of oppression and hardships. Knowingly they will loose, but it is a matter of how much they willing to loose in the end. Not because of lack of popularity or having backing in the public.

However, because the NRM and the state uses all means. Every single piece of intimidation and scaring tactics. Also, the use of arbitrary arrests and other means to stop the public from gatherings and organizing. Except, if you have suction or a anointed by the Movement. Then you can set-up tents, set up rallies and meetings in churches. However, the opposition is not allowed to do the same. This is another proof of the whole charade, which is going on into the polls in 2021.

If your thinking this going to be free and fair. Forget about. The state is embedded. The Police is more into politics, than actually catching thieves.

This is all just a game and we all know who is going to win. Not because the public loves him, neither that its justified. However, that is how this is played out. We can act like its not, but then I would be disingenuous. Nevertheless, we shouldn’t be fooled and just play along, but call out the nonsense as it is. Peace.