Archive for the tag “Doris Akol”

Opinion: URA is striking at the taxes of opposition candidates ahead of 2021 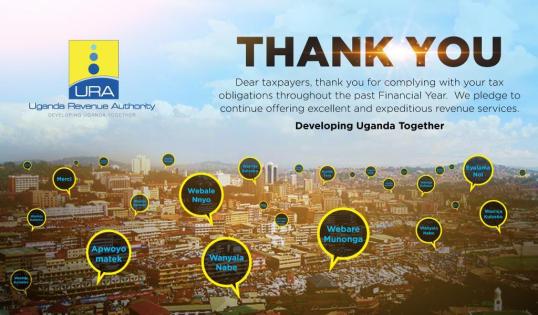 The Uganda Revenue Authority (URA) Commissioner General Doris Akol has today stated that she intends to get every single candidate standing for elections in the 2021 General Elections to get a “Tax Clearance Certificate”. However, that is not implemented in any law nor regulation at this point. The Electoral Commission hasn’t said this is needed, as there is no protocol nor law assisting that.

(b) I have made arrangements satisfactory to the appropriate

authority for the payment of my taxes. *(delete where inapplicable)”

“*A commissioner for oaths, magistrate, registrar of the High Court (including deputy and district registrar) or other person authorised by law to administer oaths” (Presidential Election Act, 2000).

The other laws for candidates is to either not being detained for 9 months before the next election. Also, the proof that the person has not been bankrupt. As the candidate has to pay fees to stand as a candidate, which a price that varies on the various candidacies for a individual of a sound mind and being a Ugandan national.

Therefore, the URA could, if they may, be presiding officers, which preside over the oath and have commissioners that administer these oaths. That would be fair to the candidates, as there is no mention of certificates, neither in the Parliamentary Elections Act nor the Presidential Election Act. We can without further judgment …. say its not in the 1995 Constitution, as this is a made up ordeal of the URA Commissioner General Akol.

This is a clear target at opposition MPs, Presidential Candidates and whatnot. To make life harder for them and their candidacies. As they have to suddenly make moves to contact URA and then look over their taxes. This is giving way to the URA to even stop someone from standing, especially if they are finding discrepancies from the candidate.

So, will the Electoral Commission asks for oaths and who will be authorised to administer these oats within the Electoral Road Map of 2021? That should be put in print and they should start moving. Because, there is no mention of a certificate for it. That is a made up regulation, that only fits the mind of Akol.

As long as there is no legal text, no legal bound for the action made, the candidates should necessarily go through this. Unless, Gen. Kahinda Otafiire is writing a new amendment as we speak and wanting it rubber-stamped before dawn. Peace.

Opinion: OTT Tax on Data Bundles is like a dual-VAT