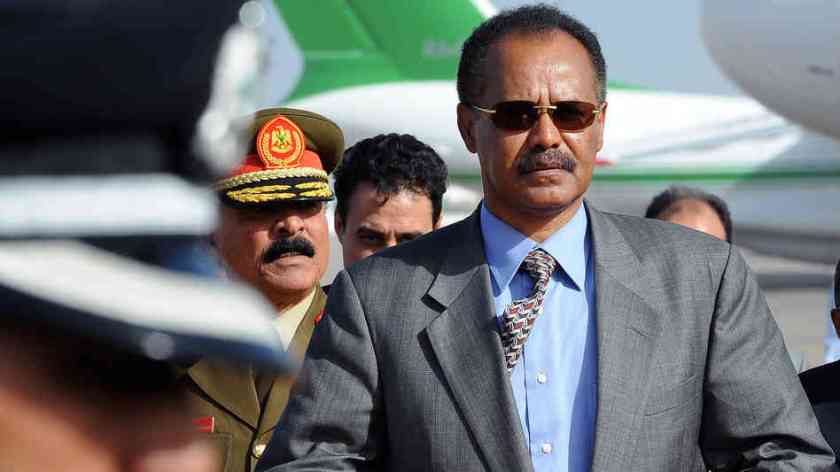 Mr. Isaak was arrested in September 2001 during a political crackdown on the so-called G-15, a group of politicians, and journalists critical of Government policies.

GENEVA, Switzerland, May 3, 2017 – The Government of Eritrea must free journalist Dawit Isaak who has been awarded a prestigious press freedom prize some 15 years after he was detained, a United Nations human rights expert says.

The Special Rapporteur on the situation of human rights in Eritrea, Sheila B. Keetharuth, is also calling on the authorities in Asmara to release unconditionally all others detained unlawfully.

“The Eritrean authorities should stop the practice of arrests and detention carried out without legal basis instantly,” said Ms. Keetharuth, welcoming the award of the UNESCO/Guillermo Cano World Press Freedom Prize 2017 to Mr. Isaak.

Dawit Isaak, who is 52 and a playwright, journalist and writer, moved to Sweden in 1987, where he later became a citizen. He returned to Eritrea only after independence in 1993 and was one of the founders and reporters of Setit, the first independent newspaper in the country.

Mr. Isaak was arrested in September 2001 during a political crackdown on the so-called G-15, a group of politicians, and journalists critical of Government policies. Some were detained and tortured, others disappeared. The last known sighting of Mr. Isaak was in 2005. His whereabouts now are unknown.

“The case of Mr. Isaak is emblematic of all those who have been subjected to enforced disappearances by the Government of Eritrea and remain unaccounted for,” said Ms. Keetharuth.

The Special Rapporteur recalled the findings of the UN Commission of Inquiry on Human Rights in Eritrea, which concluded that there were reasonable grounds to believe that Eritrean officials had committed crimes against humanity, including the crime of enforced disappearance, in a persistent, widespread and systematic manner since 1991.

“The Government of Eritrea has an obligation to urgently provide information on the fate and whereabouts of all those deprived of physical liberty. This would be a first and long-overdue indication that the Government is committed to rebuilding trust with the Eritrean people,” Ms. Keetharuth said.

“By allowing independent monitors immediate and unhindered access to all places of detention, official and unofficial, the Government would send a strong signal that it acknowledges human rights violations of the past, while taking steps to improve the situation on the ground now.
“The arrests of Dawit Isaak and his fellow journalists remain the most visible sign of repression of freedom of expression. The Eritrean authorities continue to stifle all forms of expression that could be perceived as critical of the Government and its policies,” she said.

Ms. Keetharuth reaffirmed that freedom of expression was a basic human right, and a free press one of the tenets of a democratic society, providing a valuable check on potential excesses by government.