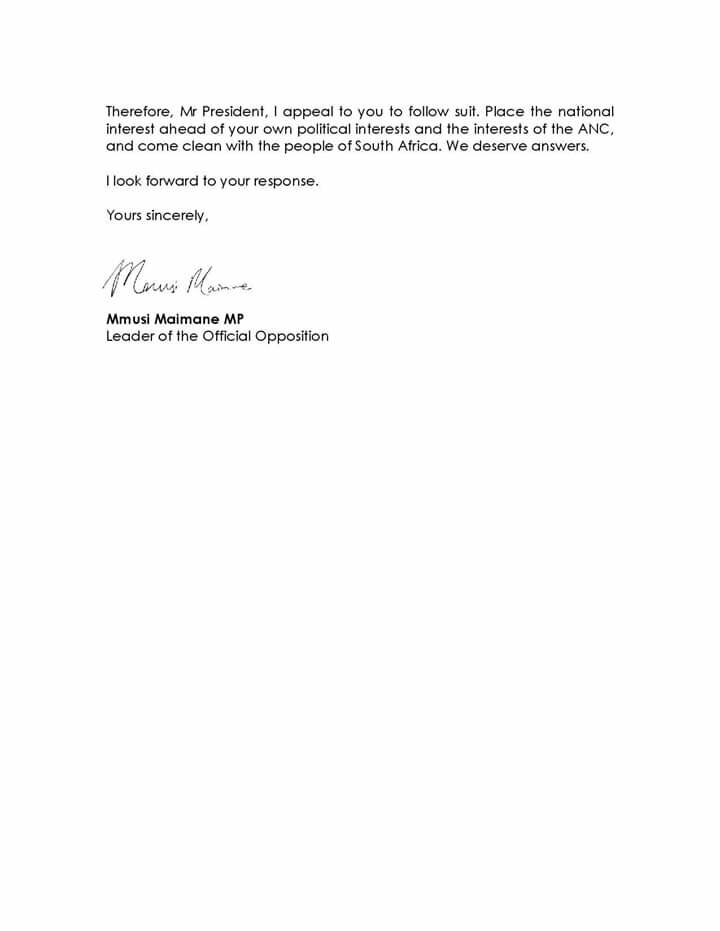 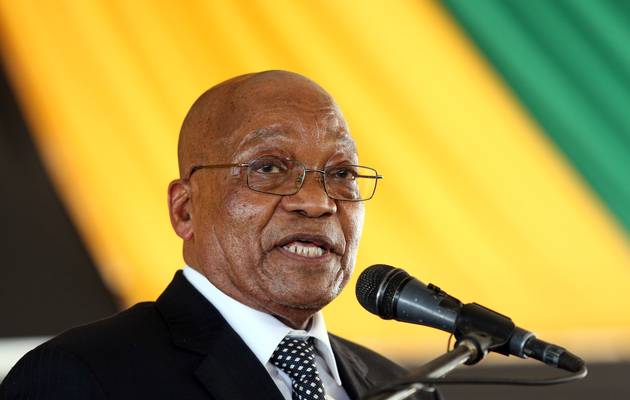 Former South African President Jacob Zuma has today lost in Court as he battles the State Capture case and bountiful of other charges, as his time in the limelight and being the Executive is ceased indefinitely.

Zuma has gone from being the king-maker, the almighty dealer and corrupt state official, the high-ranking official who secured his fellow family and cronies jobs, tenders and work with the State Owned Enterprises. Now, he is battling in Court to defend his actions. Clearly, as the time goes by, that it is not going well. He is not sipping tea in Saxonworld anymore; he is lingering between trials and awaiting further judgment.

The judges have even ordered that the three previous occasions, when the courts has allowed it to be covered by the state, have been revised. Meaning, the old legal fees and the ones that has been paid by the state has to be recovered from the previous President. That is a costly affair, as he is paying back legal fees into early 2005 or so. We are in the midst of 2018 and there are more to come.

That the previous President has come into this bargain is all on his own. It is his own intention and miscalculation, as of one point, it didn’t seem to ever backfire. The planned corruption and the grand corruption done while in office. While now, as times goes by and the skeletons are out of the closet. The reality is dawning.

The reality is actually damning. He is pinched, his friends has abandoned him and left him alone. The previous ally and now President Cyril Ramaphosa, didn’t even try to counter sue or try to test the case put forward by Economic Freedom Fighters and Democratic Alliance. As the EFF and DA got a final revenge after the hardships for justice in this case.

Malema must be jolly, as he was stabbed in the back for supporting the previous President as the Youth League and Wonder-Boy, who was cast astray as he challenged him after the anointing. Therefore, this is a payback for the time; he was got banned from the African National Congress (ANC). This here is at last a little vindication for Julius.

Certainly, Zuma has gone from vast fortune and power, into the unsure oblivion and misfortune. Where his allies has vanished, where his cronies has fled and the ones thriving man are now struggling. Now, he has to cough up money and surely empty deposits, maybe even sell real estate too. Also, not marry another wife for a while to bear the costs of legal jeopardy he is in at the moment. Since the state will not cover the expenses anymore.

Zuma is fallen, now it is just to find out how hard and what that counts they will charge him with and how deep the state will go, since he wasn’t in it alone. Zuma was doing with the ANC and the more that is out. The more people are implicated, not only in the Gupta Family, but also within the leadership of the ANC. That is the reality and time will tell, because Zuma was the big-man, but not big-man alone on his quest. There was A Tribe Called Quest following him and doing as his asked. He was Q-Tip and the others followed the pursuit to happiness. Peace. 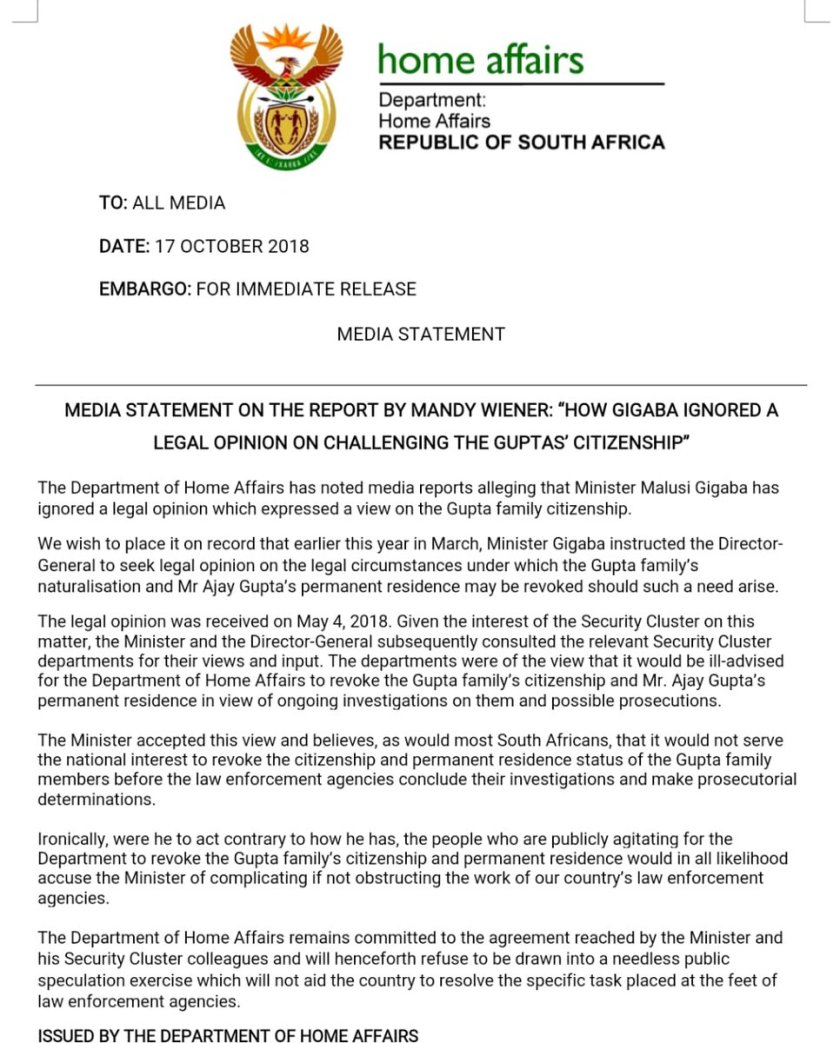 If President Cyril Ramaphosa thinks that this will let him of the hook. He is color blind to the efforts and the misuse of power, which was done in the time of Jacob Zuma. Zuma and his cabinet, many, plenty of the Ministers and Members of Parliament was connected with the Gupta’s. It wasn’t only Nene Nhanhla who visited frequently and had connections there. Therefore, the State Capture Inquiry and Commission will dig into more dirt, than the African National Congress (ANC) really wants to reveal. They might even stumble on the humble, even to the people the President doesn’t want to touch.

This because the Guptas and Zuma’s spoiling of the state, their grand corruption wasn’t minor efforts or limited to a few fellow parliamentarians and ministers, no it was on all levels from Local Government to the National Assembly. That is why, Ramaphosa should be worried about all the ones in the sphere of Gupta’s, as they were plenty and more big-shots will have to resign.

That Nene Nhanhla resigned earlier this morning today, but Tito Mboweni was called yesterday to be confirmed as the new Finance Minister. This shows again, just like in the Gupta inspired cabinet changes, there are something fishy going in the ANC. They are trying to play it out and make Nene the fall guy, but they are badly executing it, as their timeline doesn’t even make sense.

We can wonder what will happen to David “Des” Van Rooyen, Pravin Gordhan, Jeff Radebe, Jonas Mcebisi and Blade Nzimande. These are just a few brief people that could be under fire for the same reasons as Nene and their close relationship to the Gupta’s. As this wasn’t something that happen in the deep shadows in a thief’s den, but in the chambers of government and meetings at the compound of the Gupta’s at Saxxonworld in Johannesburg.

Therefore, we should expect more people coming forward, maybe even striking ones, that will also show their greed and will to loot for quick cash. Greed always brings the worst of people, no matter how noble they seem. The opportunity for easy money to pocket comes and when foreign investors gives way. They might have said “Yes”, especially when they looked up to Zuma and so no chance in hell of paying any costs of these money. Not like it looked like a possible investigation or summons for their actions.

However the tide changed and now the uncovering is happening. Nene is not last, neither the biggest. If they are really following the money and the power who gotten eaten by greed. They will cover more people, than Ramaphosa might want to let go. As his loyal comrades are wiped out and he will be let alone. Maybe he will even be implicated, as these cases usually spin-off in all circles, as the bounds of dirty money ends everywhere and on any plate.

Nene is not last, unless this is their fall-guy to wind the investigations down. Peace. 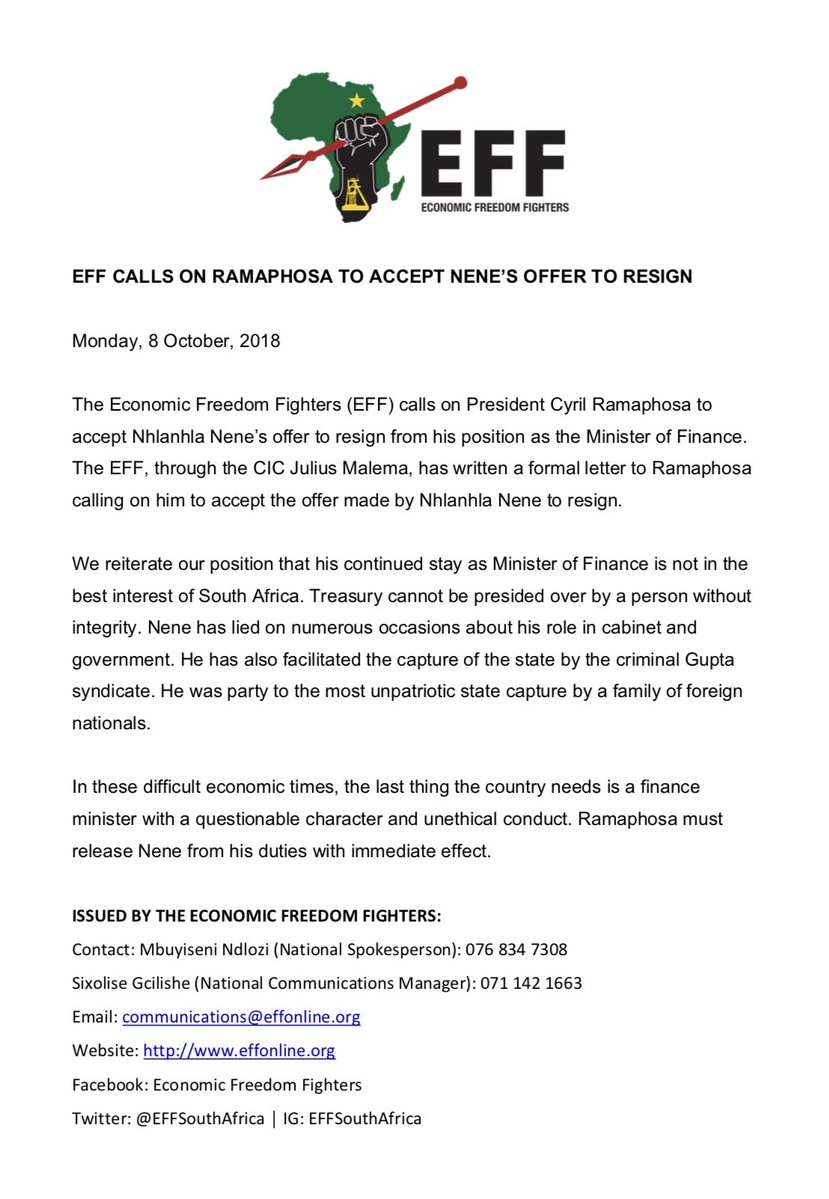 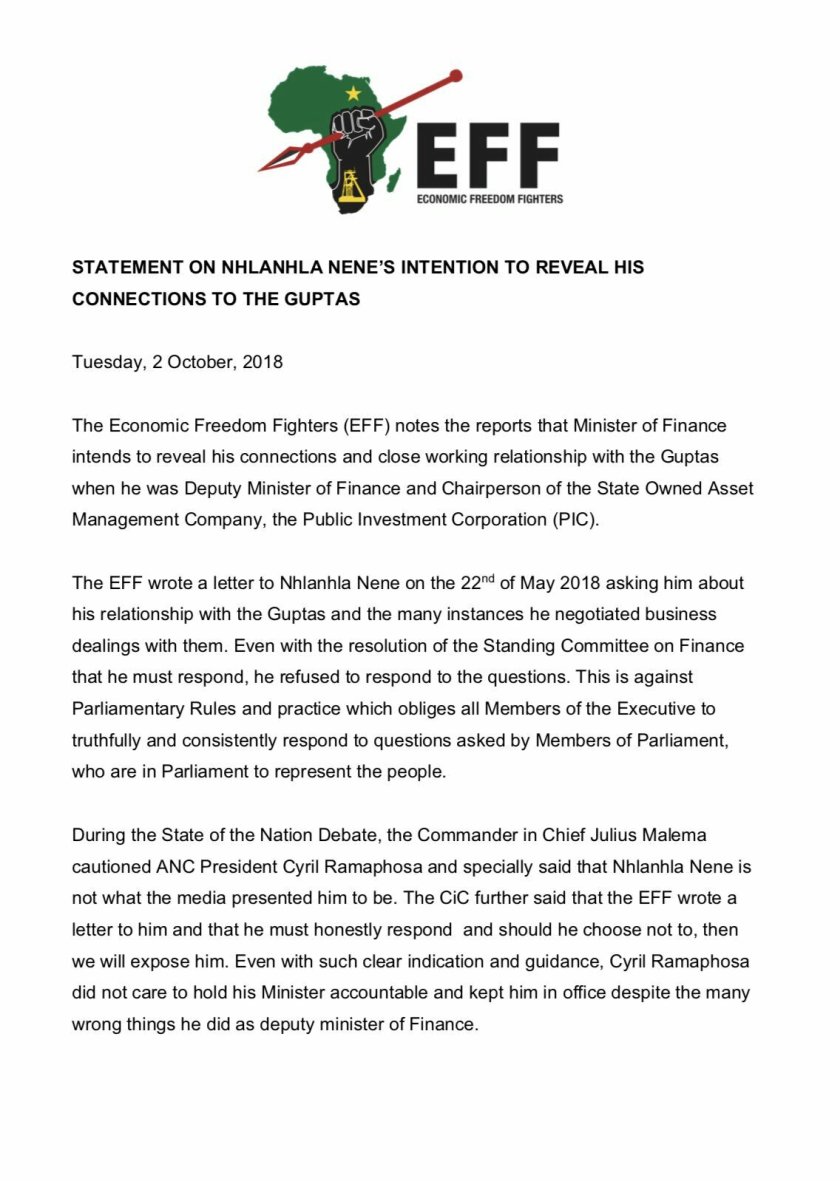 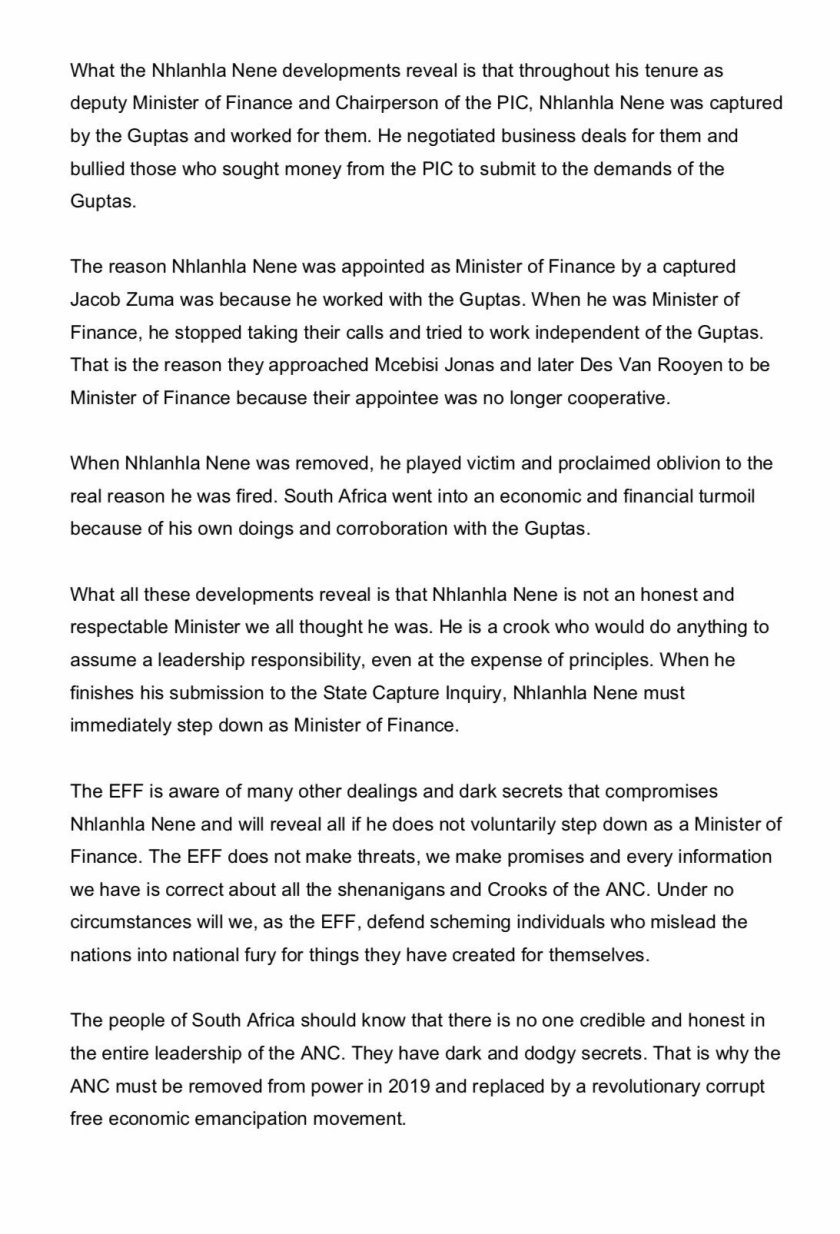 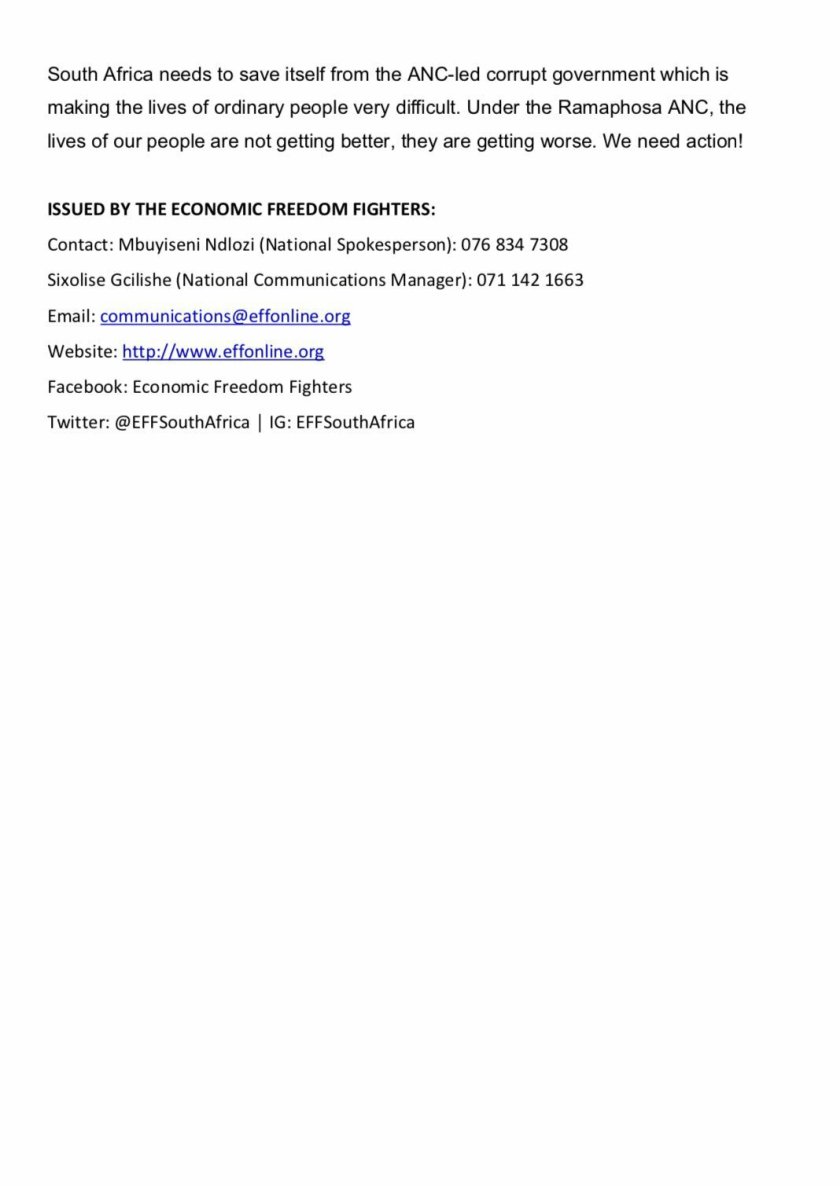