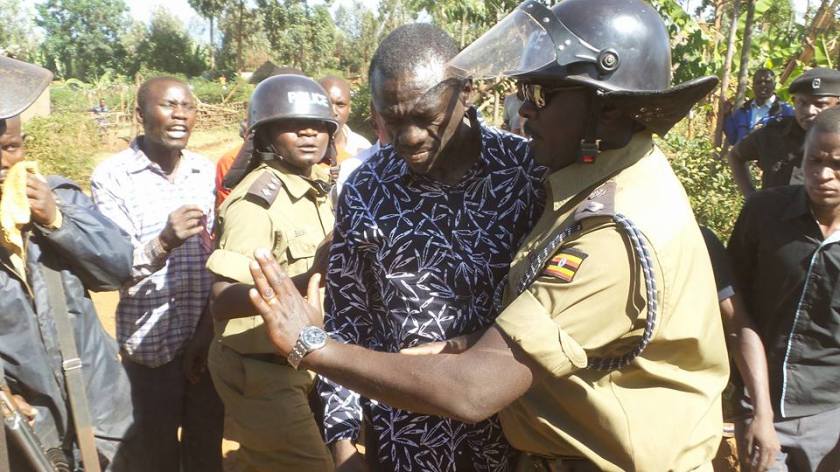 Yet another day of campaign rallies for the People’s President, who we’re campaigning in Bukewo district. He had already today had campaigning in villages before setting up for a rally near the Teriet Internally Displaced Camp in Kapkaros sub-county.

This was not something that the Police of the area accepted. Gerald Twishime the  RPC Sipi and the police went totally gung-ho on the FDC campaign convoy. First they threw their natural instinct in and with that tear-gas into the crowd to disperse the people. Also shooting live bullets into the crowd; two people we’re seriously hurt and shot in their legs. The FDC men we’re manhandled. People who we’re hurt by the police we’re Nandala Mafabi, Sadik Amin and Ingrid Turinawe got one her leg broken by the police. 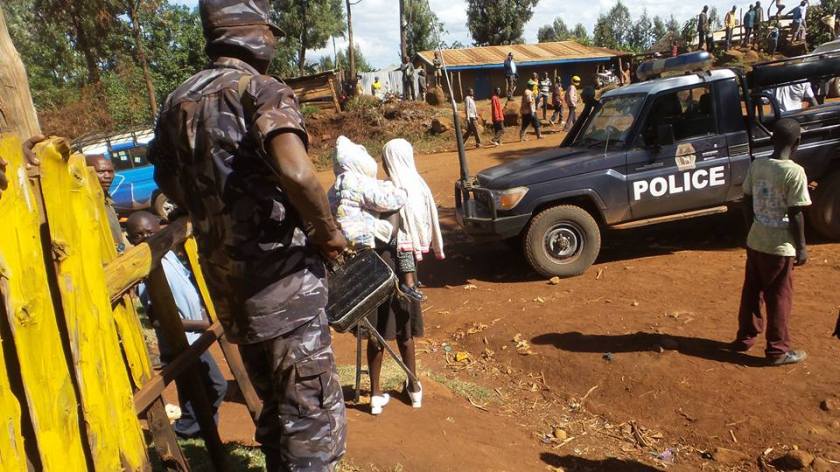 Reason for this:  “The Police said Dr. Besigye has no right to address a gathering near an IDP”. Which law and why all of sudden is that not allowed?

Hours earlier FDC had a successful campaign in Bukowo Town. So it’s sad that the whole day couldn’t be filled with that kind of actions and peaceful interaction between the public and one of their Presidential Candidate. But the Police in the area wouldn’t be remembered that way, sincerely yours IGP Gen. Kale Kayihura be proud of your men, your right?

Why couldn’t the rally around the IDP camp look like this, which we’re earlier this morning? Because the Police can’t help themselves, instead we got something as ordinary as election violence from the Uganda Police Force.

FDC continue with your defiance this election violence is nonsense from the forces of the government. Not righteous or justice, just foolish and damaging. Peace.