Archive for the tag “DA Document” 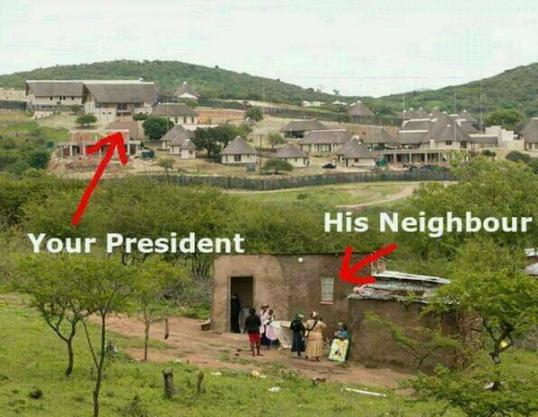 The committee expressed satisfaction that the reports of both the police minister and public works complied with the recommendations of the 2014 ad hoc committee. The police minister’s report, in particular, gives a thorough and accurate picture of the state of affairs regarding the upgrades at Nkandla and was helpful during the course of the committee’s in loco inspection. Contrary to the opposition political posturing, the report of the police minister was never intended as a replacement for any other investigative report on Nkandla, but was intended to provide a full account of the implementation of the recommendations of the previous ad hoc committee.

The ad hoc committee found in its report that South Africans were misled about the so-called opulence at the private residence of the President and that there was a gross exaggeration of the scope, scale and cost of the project. Through the corrupt collusion of officials and private contractors, the prices were grossly inflated and the shoddy workmanship as well as poor quality facilities do not correlate with the amount of money paid. There is general consensus that those responsible for deviation from the PFMA should be held accountable and the money must be recovered from those found guilty of these transgressions. We are pleased that efforts are currently underway to ensure that all implicated in corrupt conduct are pursued legally and all the monies are recouped.

It is unfortunate that the opposition sprung the so-called minority report, which is similar to the DA document it submitted to the committee when it started. Their claim that they participated in good faith therefore rings hallow, as their report is a proof that their minds were already made up even before the ad hoc committee could start with its business.

The opposition has repeatedly claimed that the ad hoc process was illegal and unconstitutional. This is despite the establishment of the committee process itself being the consequence of the demand by the opposition to Parliament following the release of the police minister’s report.

The minority report of the opposition does not only undermine the thorough work that the committee had undertaken, it also undermines the contribution they made during the process. The report, for instance, contradicts the frank contributions they made following the inspection visit at the private residence of the President.

The EFF’s decision to take the matter relating to the Nkandla security upgrades to the Constitutional Court is a right that any person or party enjoys under our constitution, and we are hopeful that it would bring to an end unnecessary disruptions and sloganeering in the National Assembly. We are hopeful that contesting the matter in Court would do them good, as Courts make judgment on the basis of facts, evidence and cogent legal arguments, not sloganeering, rowdiness and stunts which the EFF has become synonymous with.

We reaffirm the legal and constitutional legitimacy of the ad hoc committee. It would have been a gross dereliction of constitutional duty if Parliament failed to initiate a process to formally consider the report of such national importance.

ISSUED BY THE OFFICE OF THE ANC CHIEF WHIP