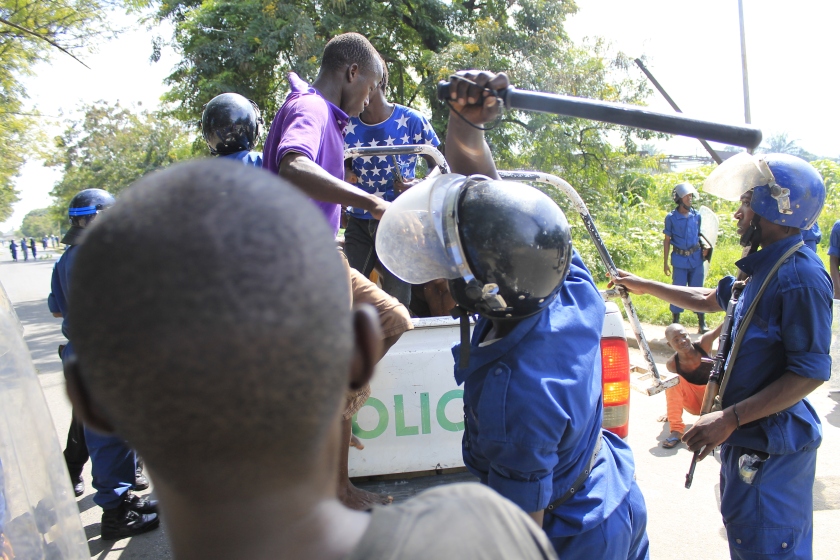 TO THE CONGRESS OF THE UNITED STATES:

In accordance with section 506A(a)(3)(B) of the African Growth and Opportunity Act, as amended (AGOA) (19 U.S.C. 2466a(a)(3)(B)), I am providing notification of my intent to terminate the designation of the Republic of Burundi (Burundi) as a beneficiary sub-Saharan African country under AGOA.

I am taking this step because I have determined that the Government of Burundi has not established or is not making continual progress toward establishing the rule of law and political pluralism, as required by the AGOA eligibility requirements outlined in section 104 of the AGOA (19 U.S.C. 3703).  In particular, the continuing crackdown on opposition members, which has included assassinations, extra-judicial killings, arbitrary arrests, and torture, have worsened significantly during the election campaign that returned President Nkurunziza to power earlier this year.  In addition, the Government of Burundi has blocked opposing parties from holding organizational meetings and campaigning throughout the electoral process.  Police and armed youth militias with links to the ruling party have intimidated the opposition, contributing to nearly 200,000 refugees fleeing the country since April 2015.  Accordingly, I intend to terminate the designation of Burundi as a beneficiary sub-Saharan African country under AGOA as of January 1, 2016.