Archive for the tag “Continent”

Professor Lumumba at PAV Ansah Foundation Forum – “On the Subject of Governance!”

PLO Lumumba – “We are Co-Authors of our misfortune”

Nelson Mandela’s adress: ‘Africa, Colonialism and War’ on the 23. August 1953 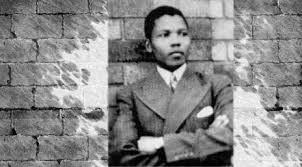 Because today is Nelson Mandela International Day. Therefore I will also publish an old and maybe forgotten adress by him.

The one that Nelson Mandela had at the Natal Peace Conference in South Africa on the 23. August 1953.

The events now taking place in Africa constitute the most serious threat to the peace, security and the freedom of the people of this Continent.

For years now, the capitalist countries have lived on raw materials and cheap labour from Asia and Africa. The rise of the national liberation movements in Asia and the Pacific Regions and the loss of these vast countries as war bases and centres for investment has forced the imperial powers to turn their eyes on Africa.

It is here that we have rich deposits of gold, diamonds and uranium. Our Continent produces sisal, palm oil, cocoa, coffee and other products. It is in Africa that we have vast supplies of land and cheap labour. Being without any strong trade union movement, the people of Africa are exposed to the most vicious and cruel forms of colonial exploitation. It is this situation that makes the danger of war in Africa very real and close.

Here the imperial powers of Britain, Belgium, France, Holland, Portugal and Spain have either their chief or their only colonial dependencies. The internal contradictions and conflicts within this imperial camp are broadening daily. In their mad lust for markets and profits, these imperial powers will not hesitate to cut one another’s throats, to break the peace, to drench millions of innocent people in blood and to bring misery and untold suffering to humanity. The rivalries amongst these colonial powers contain the seeds of an extremely dangerous situation to peace and security in Africa.

To protect their markets and investments, to crush the national liberation movements and forestall the rise of revolutionary democracy in Africa, and ensure an abundant cheap labour supply, America and her satellites have established military bases all over the Continent. America has land, sea and air bases in Morocco and Libya. There are British military bases in Egypt, East Africa, Somaliland and the Sudan. Field-Marshal Wilson, the Supreme Allied Commander in the Mediterranean in 1944, puts the matter very clearly:

“…the spread of Communism to China and the uncertain political situations in other countries in the Far East are bound to have the effect of contracting the sources of supply of certain raw materials necessary for the manufacture of armaments, which will result in the intensification of prospecting and development in Africa”.

According to him the role of the two Rhodesias and Kenya should be to protect and develop sea communications; to be ready to send forces overseas; to develop its industries to maximum capacity for war needs. In 1946 the Daily Mail made the position equally clear:

“The British decision to quit Palestine, Burma’s secession from the Commonwealth, the weakening of ties with India and the uncertainty of Britain’s tenure in Egypt have hastened the adoption of plans for a new Commonwealth defence system…. Kenya is the new centre of Commonwealth defence and South Africa its arsenal “.

Africa is a War Base

“East Africa is expected to become a main atomic-age training ground of the British Army and a main support base in the Empire defence system”.

Africa has now become a war base for the imperial powers in their war preparations and for their schemes of world domination. This is the true explanation of the callous determination and indecent haste of the British Government in ramming through the Federation Scheme in Central Africa, in spite of the united opposition of the African population of those territories.

This is the true explanation of the bitter conflict in Kenya between imperial Britain, whose aim is to rob those people of their country and land, and the Kenya people who are fighting to save their land and country from being transformed into a military base to attack other people.

Victims of a Future War

The people of Africa will be the first victims of a future war. Their industries will produce armaments, their raw materials will be used, not to develop their own economies, but to destroy those of others. The war danger in Africa is very close indeed.

People throughout the world are coming to understand how closely the struggle for peace and against the menace of war is linked with the preservation of the right of the nation and the individual to a peaceful existence. This Conference shows that more and more people in South Africa have come to understand the most serious threat to the peace, security and freedom of the peoples that exists at the present time.

The threat to the national liberation movements in Africa resulting from the presence of foreign armies arouses the deepest indignation of all patriots. The people of Africa are being forced to realize that peace is their most immediate concern. They demand the withdrawal from the Continent of Africa of all foreign troops and the end of colonial oppression and exploitation.