The National Resistance Movement (NRM) and the Government of Uganda (GoU) is steadily going after the Non-Government Organizations (NGOs) and Civil Society Organisations (CSOs). This is a deliberate act to stop their efforts and work, which thwarts the ideals of the state and the President at this current time.

That’s why the ones who are doing civic education or participating in the electoral accountability is hit hard. This is very deliberately done, and it’s done after this year’s polls too. The state has already suspended and gone after the foreign funding of several of NGOs in the near past. So, today’s action and press statement from the Ministry of Internal Affairs. Only shows a continuation of these acts.

The NRM and the State House are doing this to stifle, stop and ensure they have no transparency and accountability. They are stopping civilian activity and NGOs from gathering, making conferences and having trainings. This is of organizations such as CCEDU, Chapter Four, Gliss and CEW-IT. The only one missing this time around was CEON-U. The rest was already targeted of these sorts.

The National Bureau of NGOs seems to be only functioning to ensure the demise and silence the possible critics. The ones who dares to question the powers to be and the ones who work to educate the masses. Are apparently the ones this suspended indefinitely. These has been targeted before through other measures, but now they are using the whip of lacking audited books. Which is striking, after the same state blocked and ceased the ability for funding for several of these through the suspension of Democratic Governance Facility (DGF) earlier this year.

That’s why you know the suspensions and direct assault on the 54 NGOs is with a plan. The state has already targeted several of these for months. It is not like they haven’t been under scrutiny for so long.

What we are seeing today is furthering the cause and the battle for legitimacy, as the NRM and the Government trying to show its sovereign power. However, this will only backfire, as the state cannot resolve or abdicate its role to facilitate for NGOs/CSOs, as they do the work the state isn’t able to do and filling in the gaps of the government. That’s why this is tragic, but also obvious.

The NRM and President knows what they are doing. Since this isn’t the first shot or warning even. The state has before also raided several of offices in Kampala. It has done so to intimidate and silence these organizations. That’s why this is just a bureaucratic measure to silence them and finally put the nail in the coffin. Especially, to NGOs who uses their means and organize things in connection to elections and electoral education. It is not the run-of-the-mill organizations fighting poverty or illiteracy who his hit the hardest here.

That’s why you know the drill and the game-plan. They want to signal to the NGOs and CSOs, civil society in general that the government can cease your operation and stop you in your tracks. That is clear here and the only message I’m getting out of this. Peace. 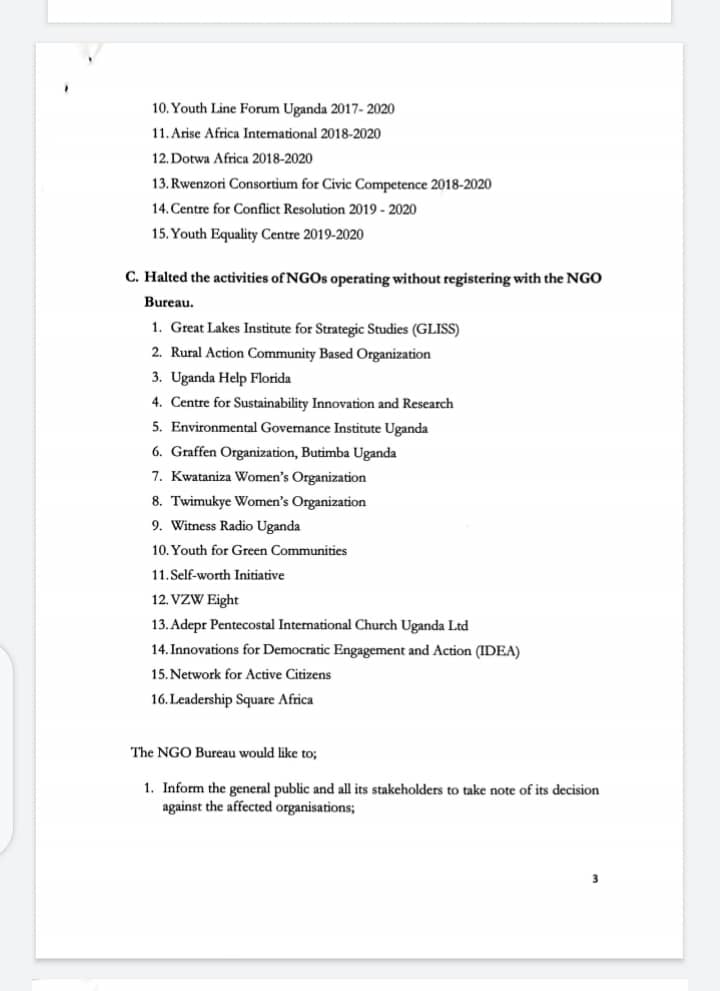 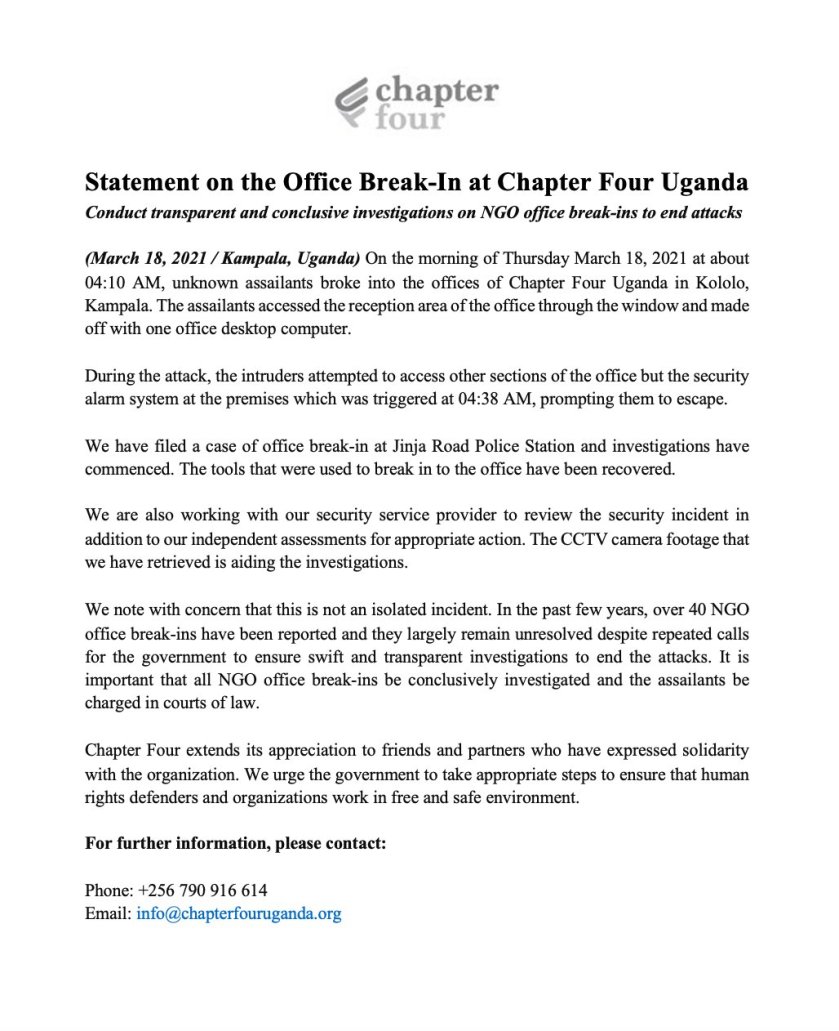 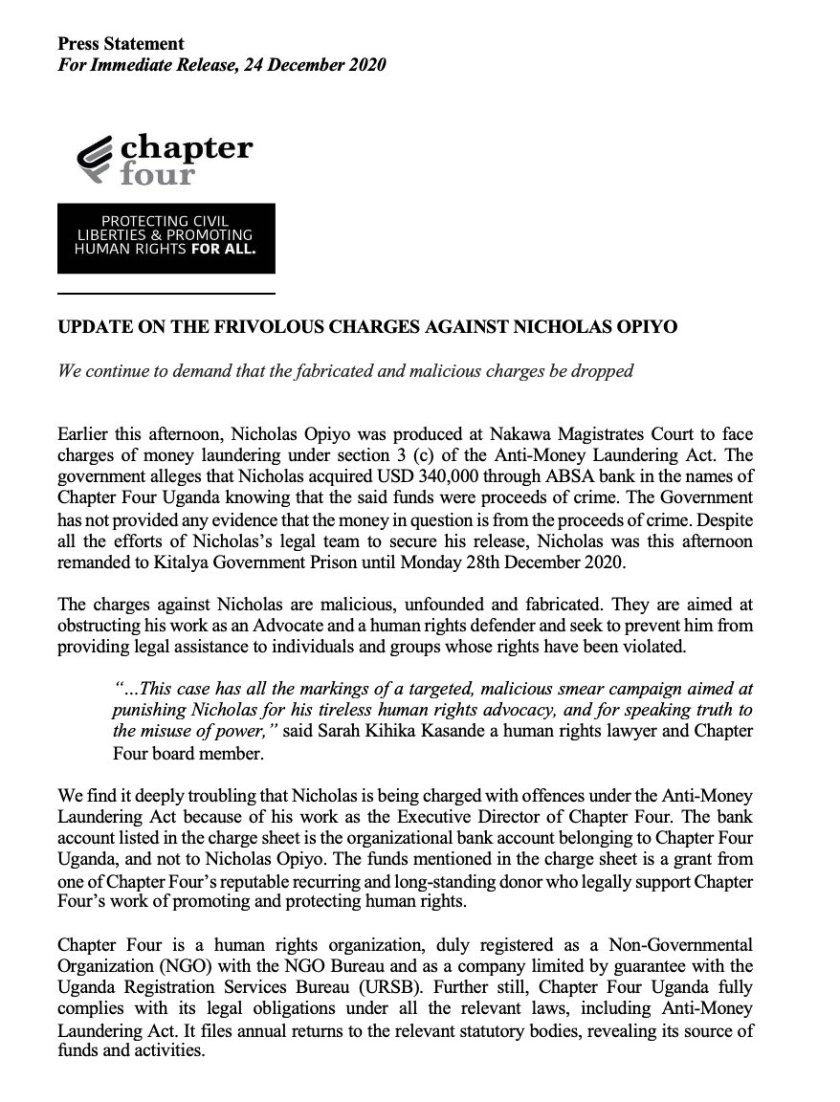 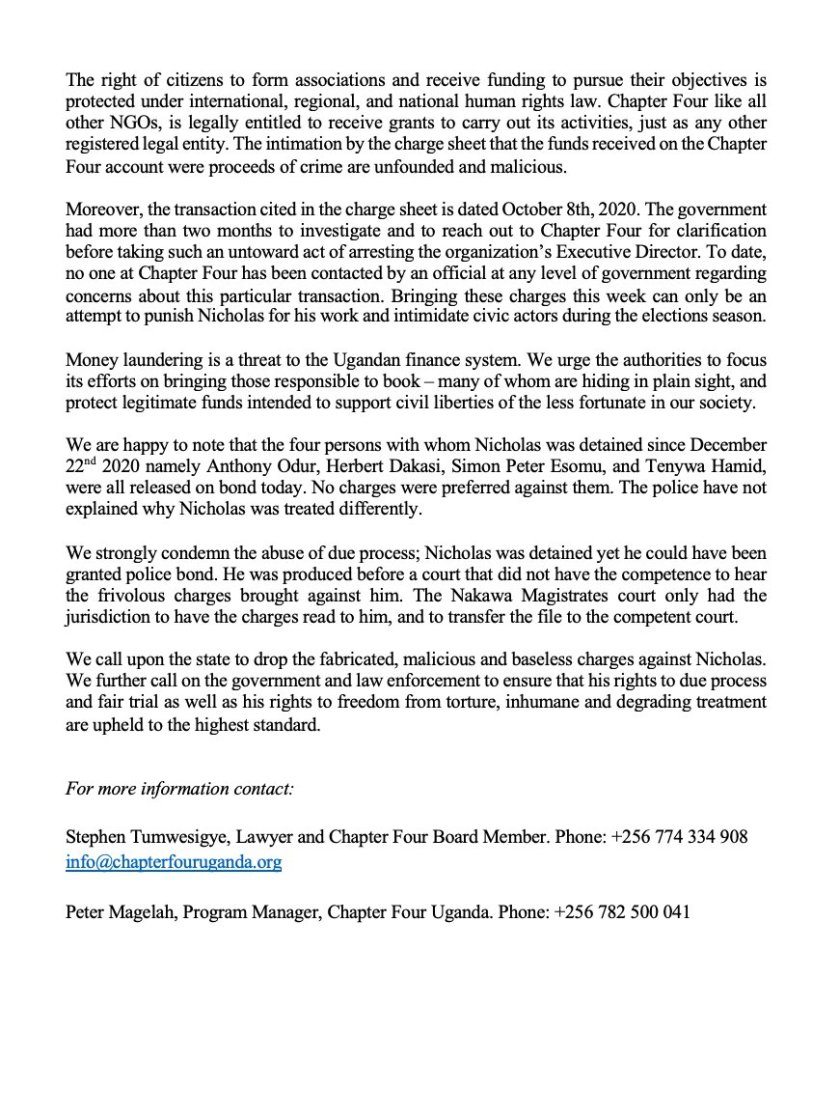 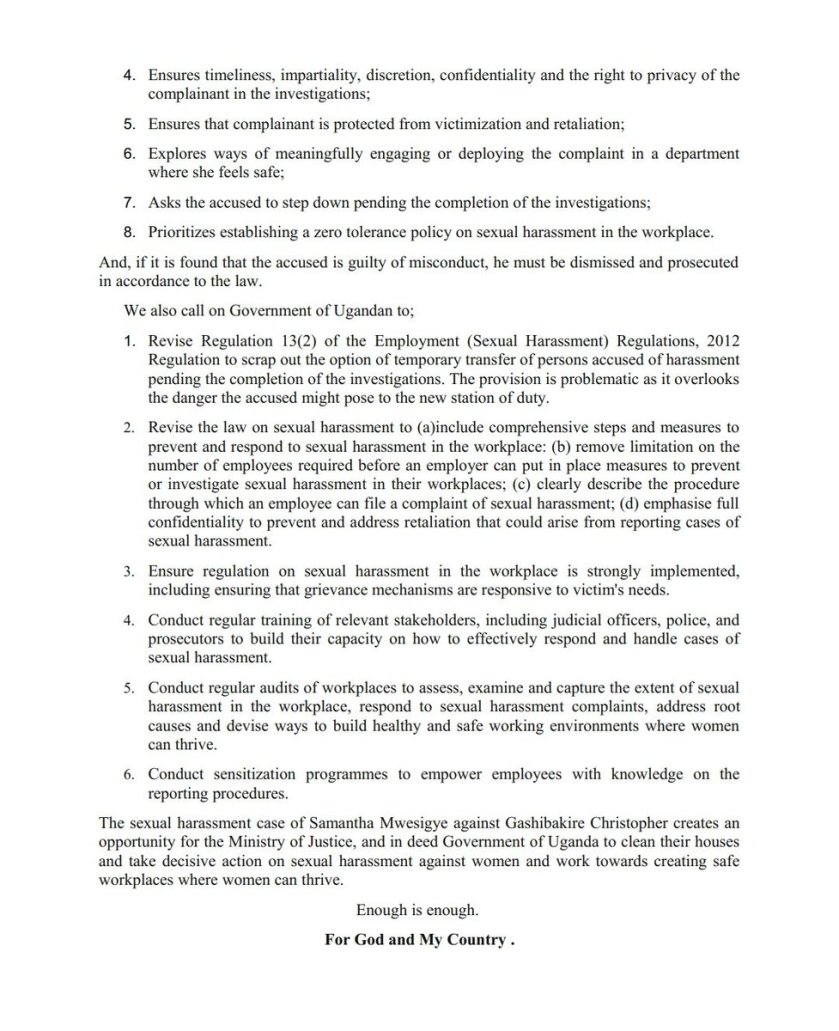 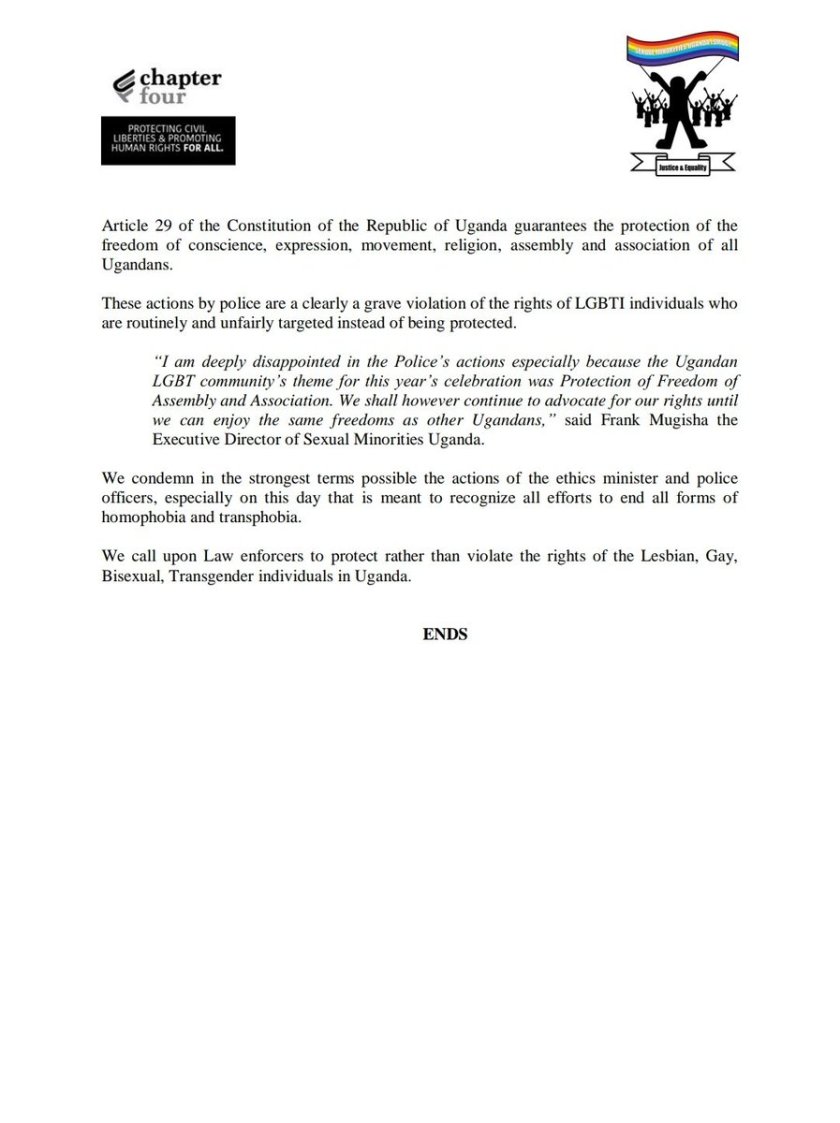